I'm an absolute sucker for a good costuming system. One of my greatest joys in The Lord of the Rings Online, for example, is making sure my mounts and my outfit at any given moment match. It's a wonder as well as my family constantly comments that all I wear are black t-shirts and jogging pants from Under Armour. Yet in a game world I'm enamoured with making my avatar look as good as possible.

My friend Leif jokingly said to me that I'm at the real end game now: Fashion Fantasy. Yet until now I've been so thoroughly focused on progressing the story that I've largely ignored FFXIV's Glamour system.

Making your avatar look good is like...50% of why many people play MMOs we often joke. Yet, when staring at the back of something for as many hours as we will in an MMORPG, it only makes sense that we'll want that backside to look as cool as possible.

It was always something of a sorespot to me to jump into the Duty Finder and be the only one in the group who doesn't have a cool outfit. While I think the way Red Mage armor looks is pretty cool on its own, I wanted something that felt unique and bespoke. So this past week I've dove headlong into the world of Glamouring my armor. And boy is this a hole I'm not sure I'll be climbing out of any time soon. 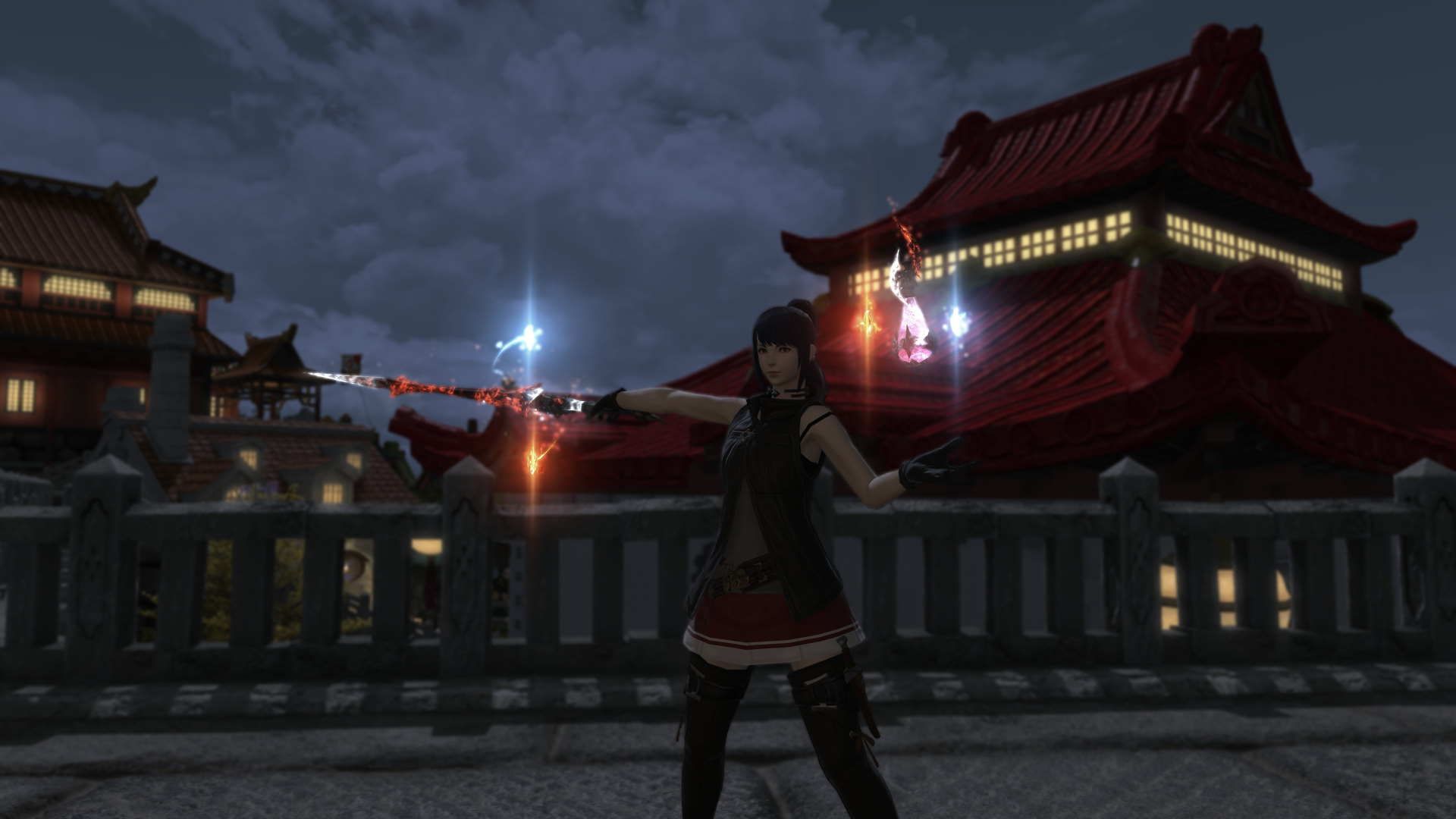 Looking Good While Saving The World

While I'll maintain I love the freedom of The Lord of the Rings Online's costuming where basically any wearable piece of clothing or armor, regardless of level or class, can become a costume, I do appreciate how Final Fantasy 14 has it all laid out. In a nutshell you'll need Glamour Prisms, which are easy enough to get off the marketplace. Once you have these prisms you can essentially make your current armor look like any piece of kit you have in your armory, from your weapon skin all the way down to the boots on your feet.

There are a few caveats, though. The item you're trying to Glamour cannot be a lower item level than the one you want it to look like. Meaning if you're wearing a body piece that is level 72, but the piece you want it to look like is level 80, you're out of luck. Additionally you can't cast a Glamour prism on anything your current job cannot naturally wear. So if you're a Dancer but want to look like a hulking Dark Knight, you're unfortunately not able to do so.

That being said, the possibilities feel endless as so many jobs share gear. I found myself enthralled with finding just the right mix of armor and clothing pieces that really gave the flair I was looking for.

It helps that fashion in Final Fantasy 14 is such a huge endeavor. Sure, other games have costuming systems and some might even have fashion shows and more created in the community to show off the creations. But FFXIV seems perfectly poised to stand above the rest with its ravenous fashion community. 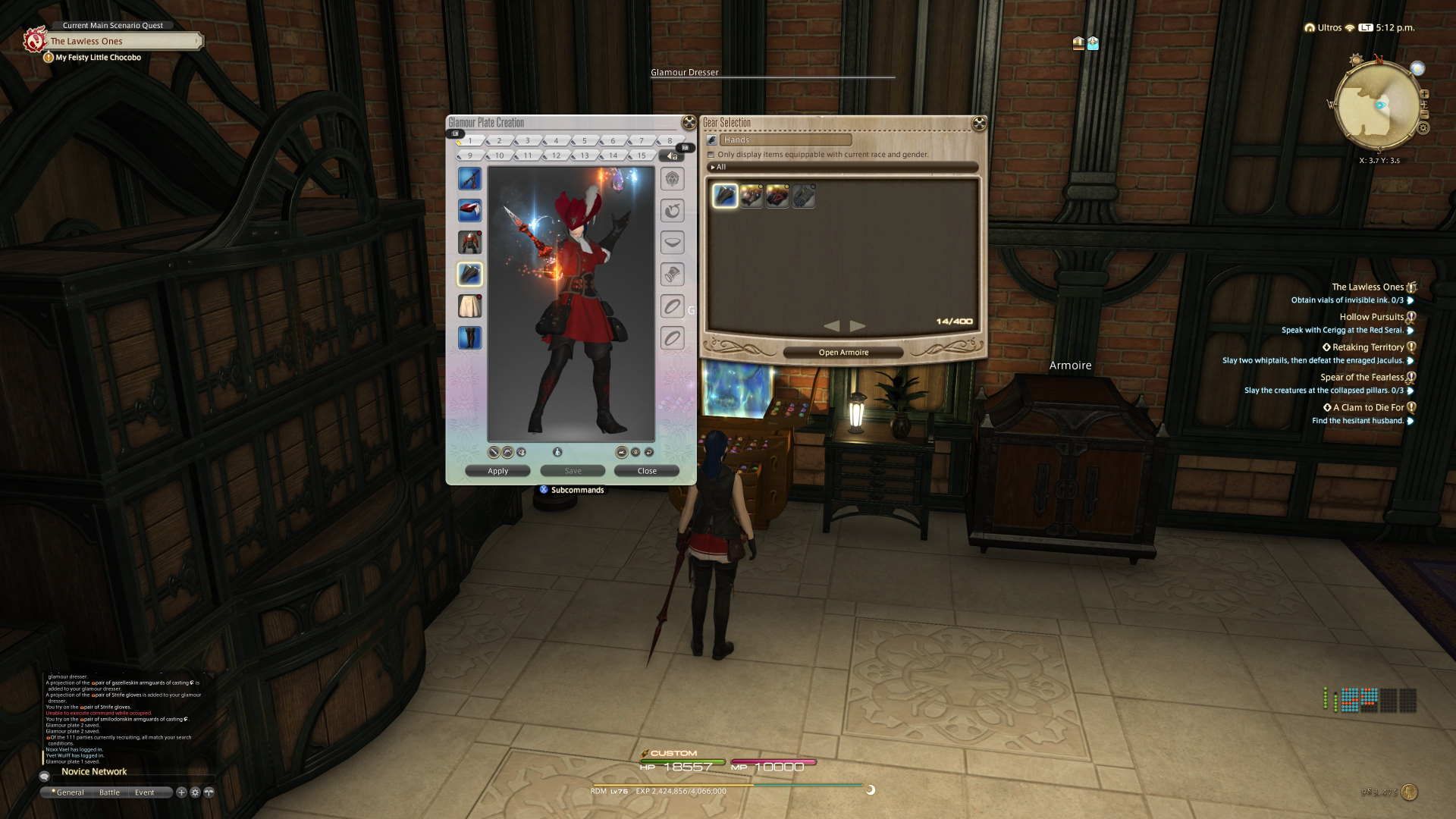 Sites like Eorzea Collection's Glamour Catalogue allow players to truly show off their creations in the best light possible, and even give ideas to those (like me) who have no clue what they are doing at first. Being able to easily sort by level range, job type and more to find the right pieces to complete your look make getting into Glamours rather easy when it could be daunting otherwise.

Other resources, such as the FFXIV Web Model Viewer allow you to build your look from every piece of gear in the MMO, dye it the color you want and see what it looks like on a character before you ever spend a gil in-game. It's fantastic for someone like myself who struggles to make money in any MMO I play, regardless of how long I play them, to refine the look I want before plunking down money I'll regret spending later. 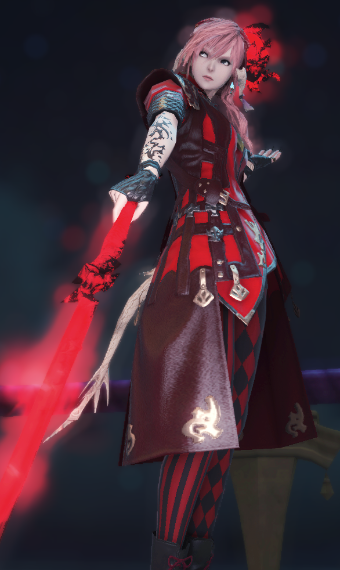 While I do think some of the ways to access costuming in FFXIV are convoluted versus other games - leaning back on the LotRO example you simply slot the piece of gear in the costume slot on your character screen and save your costume, end of story - I do think these resources help make it easier to jump into headfirst for anyone interested.

The last night I played FFXIV, I found myself pouring over these, refining my look. As a Red Mage I wanted something that was as flashy as the class feels. I've always loved the feathered cap and long, red robes of the class, but hated the frills that some of the Red Mage gear has. I also wanted to get away from the long tabards and padded gear that made my character look...well...puffy. I wanted something that was stylish, yet still gave the flair of the Red Mage class. And I wanted my Rapier to look awesome while in battle.

I was able to accomplish this thanks to the resources listed above. Pouring over the posts and finding pieces I thought looked great together, I put together an ensemble that I'm happy to jump into a Duty Finder group with now. I don't feel lacking in terms of the fashion department anymore. Instead, I look as flashy as the last Verholy I cast on an unsuspecting boss.

While I'm far from an expert here in terms of Glamouring, I'm really happy I stopped rushing through content and took the time to make my character look good. Too often with this gig I'm running from one game to the next, and unless it's a review I'm never fully diving into many of the systems that keep players coming back for more. Final Fantasy 14's Glamour system is something I can see myself coming back to over and over again, much like I do in other MMOs with an emphasis on cosmetics. It's my end game, and one I'm happy to sink hours into if it means my character looks good the next time I run into Limsa or the Crystarium.