My daughter loves the show Digimon. Ever since she was old enough to hold her head still to watch TV, Digimon has been on in my house. It’s one of those rare shows that continues to capture and hold her imagination throughout the years after so many other shows have gone by the wayside. The adventures of Tai, Matt, Sora and the Digi Destined have filled the halls of every house we’ve lived in, I feel like I’m back at her age, watching it over and over again each time she revisits the series.

So when I asked her what I should write about this week as I was hitting a mental block (and also didn’t want to only editorialize on Valheim every other day), she immediately said: Digimon.

At first it wasn’t a suggestion I took all that seriously. How do I write about MMOs or RPGs…and Digimon. But the more I thought about it over the next half hour or so, it made perfect sense.

As someone who has just realty started getting into online games, my kid has yet to really experience some of her favorite anime franchises on the computer screen. She plays Minecraft with her friends, run through levels of Roblox and outfitted a home in Animal Jam, but I know she’d love to play a game set in a world she’s passionate about. Digimon would be that world.

Digimon Masters Online does exist, and is free-to-play. MMORPG has covered it in the past, but it’s an MMO that came out in the West in 2011, and, after reading some reviews on Steam, might not be the best thing to have her dive into. It’s confusing, dated with poor translations and full of grindy pay-to-win mechanics that would spoil the fun for her. 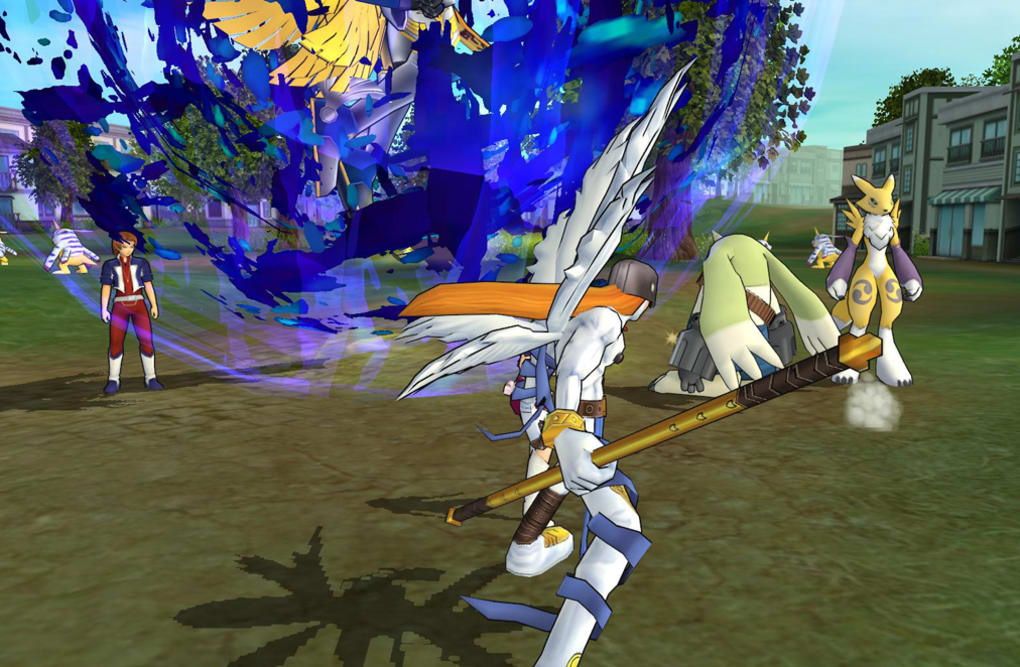 I would much rather see a new, modern MMO set in the Digimon universe. Something that would allow my daughter to choose the Digimon of her dreams (knowing her, probably Terriermon from Digimon Tamers) and adventure with her friends in the Digital world. A modern MMO that rewards working with her Digimon pal to help stop evil and protect no only the Digital but have real world implications as well. I’d want her to play a game where her and her friends could feel  like they were truly the Digi Destined from the series.

You can play as characters from the different series, as well as choose some of the Digimon featured, though quite a bit of them, including Terriermon and some of the best characters from each series are locked behind a paywall from the get go. Your Digimon battle other Digimon, and there are raids against powerful enemies, such as fan-favorite Myotismon. It doesn't really scratch the itch of being your own Tamer and connecting with your own Digimon - rather you're put in the shoes of a pre-made character and your favorite Digimon might be locked behind a paywall to access.

I'd love to see something where my kid can meet up with her friends and solve the mysteries of the television show, or save an iconic real-world city from a digital threat. There could be events and seasonal missions too, such as teaching her Digimon how to celebrate a popular holiday, or even explore more about Digimon-culture from their favorite companion. There is so much potential to create the game of her dreams from her favorite anime, in my mind.

Nothing in an MMO format like that seems to exist right now.

For me, it would probably be a true Pokemon MMO. Temtem is a good substitute, but I want to battle friends and make real rivals in the world I grew up adoring, using Pokemon I feel connected to from my childhood.

For me, the perfect setting would be Gen 2, but the Crystal version. I want to explore Johto but still be able to go to the original Kanto region to see people and places from the old games and the original anime series. I want to build up my dream team, leading the way with my powered up Nidoking and Suicune while battling friends and competing against other trainers online easily. Pokemon Stadium meets an open world RPG sort of.

Incorporating things such as exploring and excavating Mt Moon on Kanto, or playing Pokemon Detective and uncovering the latest plot Team Rocket is planning could be some side activities in addition to the normal training and battling. It would be cool to allow players to decide on Pokemon Go-style factions, or even decide if they want to join the ranks of Team Rocket themselves for some PvP Map Control action.

As much as I'd want that Pokemon-flavored MMO, I know I'd be happier seeing my kid and her Terriermon plush sitting at her PC exploring the Digital world with her in-game Terriermon.

Digimon needs a new and improved MMO that isn’t a grind, pay-to-win fest the current one has become, if for no other reason than it would make my daughter happy. Selfish, I know, but as a father I can definitely dream. Are there any fandoms from your childhood, or even now, that you would love to see turned into a modern, fully-featured MMORPG?