Earlier this month, former Dragon Age executive producer Mark Darrah answered a question about free to play and cash shop monetization during a live stream. Darrah spoke candidly about his thoughts on the popular revenue model and came to the conclusion that it will inevitably collapse, and be replaced by something. Is he right, or will free to play be here to stay?

We could ride the monetization carousel around time and again debating what revenue models we prefer. Whether you’re a subscription only fan, a buy to play purist, a free to play player, or you’re interested in the potential of ad-revenue or RMT models, one thing is for certain, developers are not at a loss when they are trying to monetize their games. MMORPGs have seen a stark decline in subscription only games over the past two decades. The wave of free-to-play games swung in like a wrecking ball, but we saw more than just MMORPGs affected, we also saw most online games add versions of cash shops. To this day, monetization models have only increased in number, and we have yet to see a model disappear from use altogether. However, there are those out there that believe that the most popular model, free to play, will one day be a thing of the past.

Is It Possible Free to Play Could Collapse?

Mark Darrah, the former executive producer of Dragon Age who left BioWare back in 2020 expressed his opinion on the topic in early November. As an industry veteran, Darrah has earned the respect of many of his peers as well as his fans. Here is what he had to say:

“Personally, I feel like (free to play monetization) is doomed to collapse because – I don’t have good data here, but here’s my anecdote: The first mobile game I played that was free to play, I think I spent 80 on it because I thought, ‘I’m gonna play this forever it’s worth the money’ and then I quit within a couple of months of spending all that money.

Next game I was like, ‘Okay, right, I’m not gonna play this very long, I’ll spend even less money.’ Twenty dollars, I think I spent, and I quit that even faster. Now I put maybe a dollar into maybe every tenth game but I basically don’t spend at all and I actually think that story is going to start playing out with more and more people.

So, what you’re going to end up having is more and more people who spend little to no money, it will become more and more concentrated in the whales and at some point, those of us who are playing these games for free, will realize that we are content and reject that to some degree. That’s my feeling, that eventually it’s going to become unsustainable and something else will have to come along, but hasn’t yet, and it’s been around for a while, so I wouldn’t place any bets upon the timing.”

Let’s take a wider view of what Darrah is talking about. For starters, I think it’s obvious that the largest market out there for free to play monetization is the mobile market. The mobile market is made up of, well, let’s be honest, hundreds if not thousands of trashy online MOGs and MMORPGs that you would imagine nobody would realistically want to play for long. Yet, according to recent data by Statista, the mobile games revenue has continuously grown year over year to a total of 152.5 billion USD globally. This is including a first ever market decline in 2022, which means that despite the number of mobile players shrinking in 2022, revenue has still grown year over year.

What Are the Alternatives?

Just by looking at the market, it’s clear that free to play is currently the leading revenue model across the globe. Even if we were to pretend that somehow Darrah was correct in his forecast that the free to play model would eventually collapse, the current forecast is still expected to continue its growth through 2025 and beyond. That hasn’t stopped developers from branching out with alternative monetization models. The problem we’re seeing, is that many gamers have been turned off by alternative monetization, either in the past or currently.

For example, ad-supported monetization had originally been introduced in early 2000, but now more than 20 years later, we’re starting to see a resurgence of ad-supported games. According to a Newzoo report from Octoberv, the always-online nature of many games these days, in addition to the immensely popular medium of games, has given advertisers a lot more to look forward to when targeting their products to gamers. However, ad-supported gaming isn’t really going to replace free to play games. In actuality it is more of a complement to the free nature of gaming than a full-on replacement. 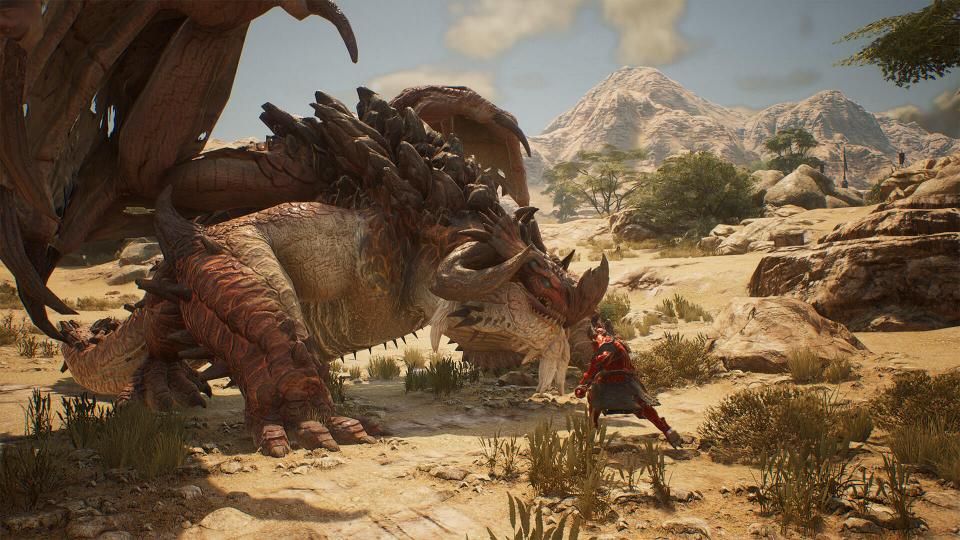 Another potential avenue where developers are dabbling in new ways of monetization are blockchain and NFTs, more commonly known as play-to-earn or play-and-earn games. The viability of these games breaking into the mainstream has yet to be seen. While we have seen an uptick in conversions of failed MMORPGs, like Bless Unleashed that are utilizing the niche of P2E to keep their game from faltering, there has been little evidence to suggest that a P2E model would replace the popular F2P model that has become the dominant revenue stream that most players have become accustomed to.

Monetization is always a difficult topic. It’s certainly an unpleasant topic when you look at it from a gamer’s perspective. What’s fair, and what’s profitable seem to be as far apart as ever. Whales will consistently dominate the free to play landscape, while regular players have to come to terms with being a “have-not” in a world that was built for the “haves”. As much as gamers, especially MMORPG gamers, want to believe that monetization isn’t a feature, I think when we look at each model closely enough we realize that the type of monetization a game has is as important as any other feature. Realistically, we know what to expect if a game is buy-to-play. We know the thought process of a game that intends to stick to a strict subscription only plan. And of course, we know that a free to play game is going to have a very robust, and generally predatory cash shop.

While I personally disagree with Mark Darrah over the collapse of the free to play model, I think there is an interesting point hidden within his opinion. Developers are always looking for the next “big” monetization model. Where Darrah goes wrong isn’t that a novel monetization model is going to somehow usurp the popular free to play model – no – instead we’re going to see a greater hybridization of monetization. In the end, what really matters is the ability for these developers to create a game that is good enough to warrant the ever evolving monetization schemes they cook up.