It’s been a very busy week in the Indie MMO universe, with several big announcements filling the airwaves. One MMO changed hands, while another announced what many consider a questionable publishing deal. And of course, there were a ton of patches and updates, not to mention several ongoing and upcoming Alphas and Betas. So let’s cut the idle chit-chat and get started with this week’s Indie MMO Spotlight.

Pre-registration for the PC, iOS, and Android versions of Chimeraland is now live and has already garnered over 100,000. Currently, registration is only available in Indonesia, Malaysia, Singapore, Thailand, and the Philippines, though additional regions are expected to be added during the first part of 2022.

In an unexpected press release Friday night, it was announced that Crowfall, has been purchased by the independent studio Monumental.

If you enjoyed the dev interview videos a couple of weeks ago, then be sure to check out a recent video where YouTuber Sgt Woofy interviews Creative Director Dan Banefelt. They discuss the similarities between The Cycle and other games and then head into the topic of new content and what to expect next with The Cycle. Episode 2 of the Life on Fortuna III series was also released this week, bringing us more clips of in-game footage from the last Beta event.

If you think all you can build in Dual Universe is a bunch of chunky, blocky voxel ships, think again. Novaquark had a short post this week highlighting three creations from one of the DU community members, Antoine. If you take the time to master the tools available in DU, t seems that the sky is the limit when it comes to building ships.

Over on the Ember Sword Discord this week, GameMaster stopped by for Work-in-Progress Wednesday, where he was more than happy to show off some concept art for Millwheat, one of the starting areas in Solarwood. There’s also a new blog post from Ember Sword CEO Mark Laursen about the value of gaming and where he believes the industry is heading. 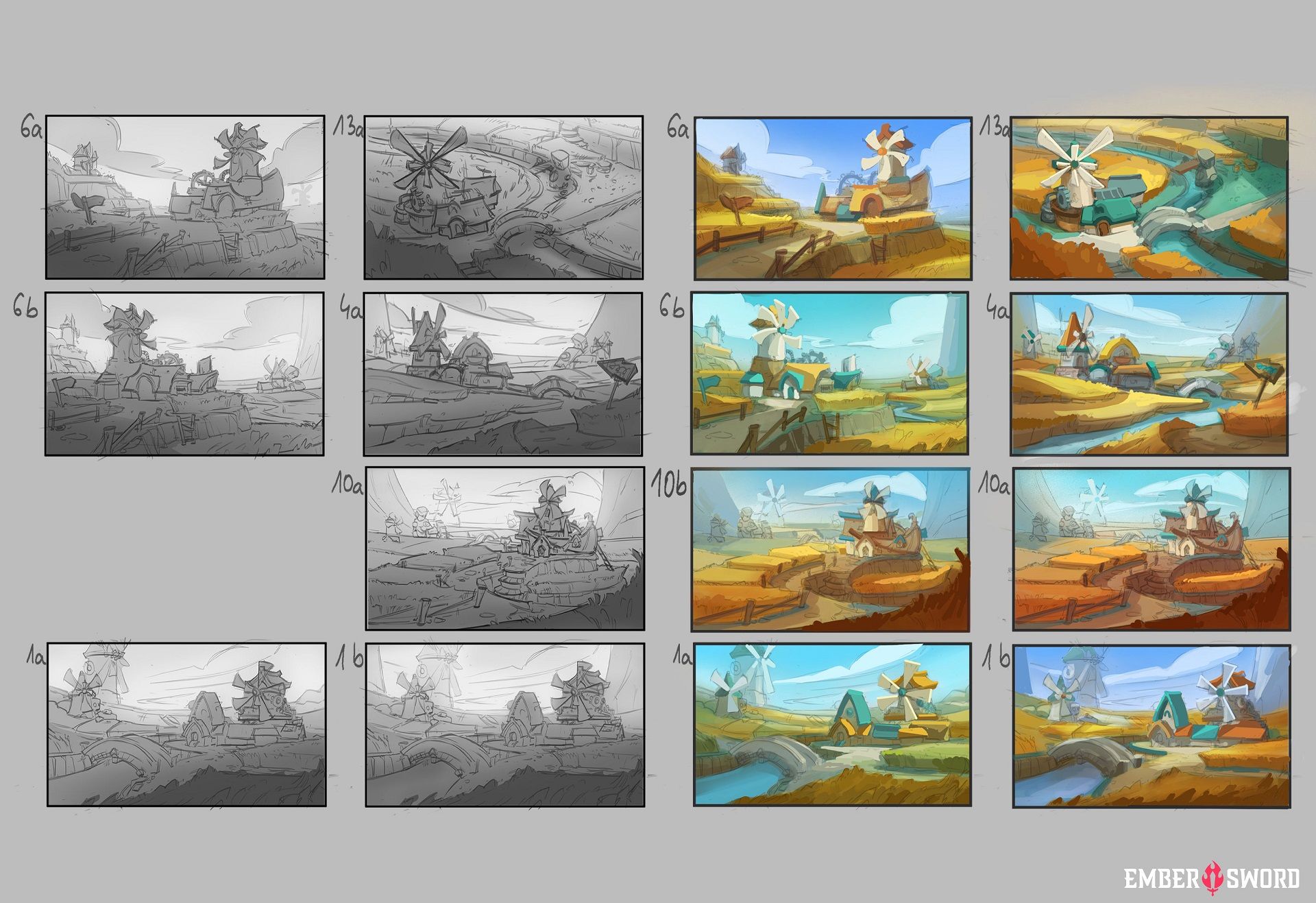 Update 47 went live this week, bringing with it new implements of destruction to the battlefield. You can read about all of the updates and changes in the Update 47 Announcement Post on Steam.

In an announcement this week, Dynamite Studios officially revealed that gamigo would be publishing the newly renamed Fractured Online. Expecting some community pushback about the choice to partner with gamigo, they addressed the issue in a blog post and video. They went into further detail in a follow-up Q&A livestream on Friday.

This is just a quick reminder that the Genfanad Winter Wondertest starts on December 24. If you want to participate in the test, just create an account and log in when the test goes live around 11am PST on Friday.

Every once in a while, BlackEye Games has to postpone the GV weekly update. This just so happens to be one of those weeks. The patch has been pushed to Monday, December 20.

Time is running out to register for the Mad World Alpha 4.0 which runs from December 20 through December 24.

OrbusVR got a new patch this week. Patch 17.01 introduced a new world boss, added four new Long Term Missions, and heralded the return of the Winter Festival. You can read all about the changes in the patch notes.

Project X received a new update this week, bringing the sandbox MMO to the App Store. Winter has also arrived in the Project X Beta, and the update also added an updated UI and more player customization options. You can still sign up to join the Beta on the Project X website. Dazzle Rocks is slowly adding more players; after weeks of waiting, I finally received my invite a couple of days ago!

It’s holiday time in Project Gorgon. Townsfolk need your help setting up their Ri-Shin trees. They’re also in a gift-giving mood, so be sure to any townsfolk of Friends favor-level or higher to receive some sweet gifts. This week’s update notes also mention a new level 85 group dungeon in the works, and it sounds like it might be finished soon.

In Devlog #315, Michi shares his progress on a new universe map, Fabian talks politics, and Nick tells us there will be a Holiday Livestream on Tuesday, December 21.

The Ravendawn team is hiring for two new positions - Website Developer and Software Developer. They also posted a new Developer Update (#13) on the Ravendawn forums and created a new official Instagram account (follow before December 29 for a chance to win 1 of 50 Alpha Keys).

The RotMG blog is always an active place. This week is no exception, with 6 posts requiring your attention.

A new Starbase dev vlog was released this week, covering recent PTU updates such as looting, improvements to the paint tool and ship designer, and a quick look at the upcoming ship repair features.

The Zenith Beta 1 started this week and runs through December 22. Did you win one of the keys they were giving out? If so, let us know what you think about the current state of the game in the comments below. For those who didn’t make it into Beta 1, Beta 2 is scheduled for January 13. In the meantime, enjoy a peaceful flight through the desert in the video below.