Each week, we scour the internet for all things indie MMO-related, so you don’t have to. This week, we have our biggest lineup ever, with 32 MMOs finding their way into this week’s column. We even have a new arrival to the IMS this week, so let’s quit wasting time and get started with this week’s Indie MMO Spotlight.

The Adventure Land dev took a couple of days off this week, so the Week in Review post on Steam is short and sweet. Even so, players will still find a new creature, an aggressive male Harpy, which has been added to the game along with a new item, the Hary Bow.

A new update was posted on the Aether Story Discord on the dev-blog channel. In the post, Henry (the creator) noted that the new Durability and Repair system is almost finished and that much of the team has been working on art and writing quests for the upcoming Early Access. He also noted that Alpha 7 is coming soon and will include the relaunch of the Halloween Event.

A letter from the producer was posted this week. In the letter, Kristoffer “Toffer” Touborg, Executive Producer of BitCraft, catches us up on all the recent development progress as the team prepares Pre-alpha Update 8. Not mentioned in the letter is how the BitCraft team decided to continue adding puns to their weekly vignette tweets.

We hate to pelt you with new information, but... pic.twitter.com/93Gs1TPlBi

Update 0.19.4 went live on Tuesday, adding WASD movement for those who are tired of clicking their way across the Braided Shore. Along with the usual bug fixes and small tweaks, the patch notes also mention the addition of new options in the Settings Menu.

In other news, the previously canceled Fireside Chat has been rescheduled for October 4th at 8pm CEST.

The Legends of Aria rebranding is underway, and we have the new name: BRITARIA. The $ARIA token will be replaced by Dread Coin, or $DREAD, and will begin trading on October 6th. I’m sure the token name is supposed to evoke some dark, primal urge to buy the currency, but I immediately saw how detractors of anything crypto could use the new name. For example, I DREAD playing P2E games. Or, I DREAD NFTs. Or, for the long-term fan of Legends of Aria, I DREAD watching how a game I once loved is destroyed. (Disclaimer: I don’t personally DREAD crypto, NFTs, or this rebranding, these are just examples). 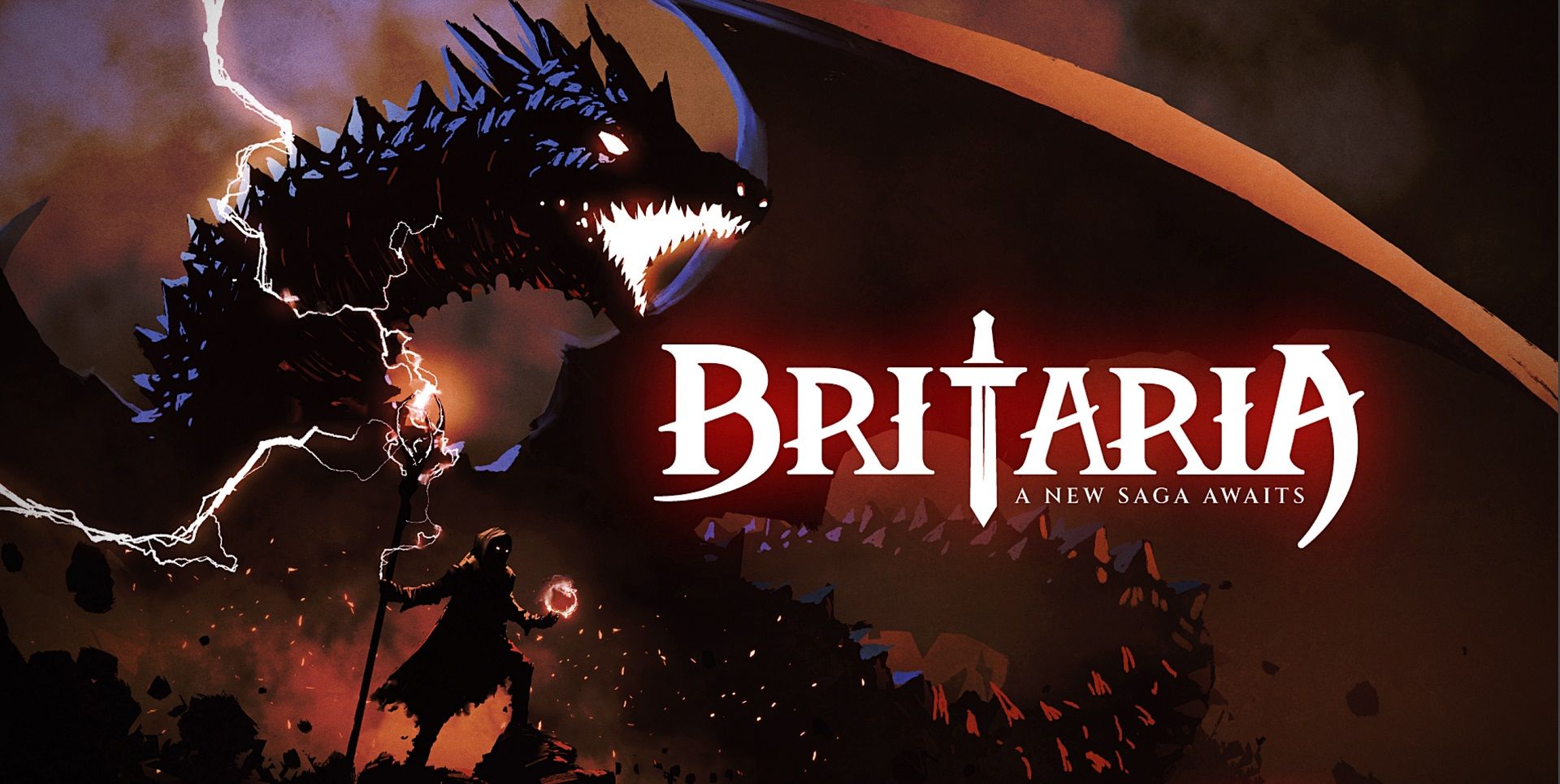 As promised in their roadmap, Whitemoon Games closed out the 3rd quarter of 2022 with a big update. The update adds the new Valdarog instance, where players will be able to earn legendary items by defeating the mighty dragon Valdarog. The patch notes also include a new PvP Arena and league, plus a long list of class balance changes.

?? 7-Day Login Special Event ??Hello Travelers!I’ve got another login event for you! From Oct.1 - Oct.7, log in to Chimeraland daily to receive some awesome rewards!#Chimeraland #LoginEvent #Benefits pic.twitter.com/qZ3wb8uTCN

Patch 2.0.0 went live on Wednesday, marking the start of Season 2. With everything except vanity items, unspent Aurum, and previously purchased Welcome Pack items being wiped, players will have a fresh start as they explore the new Tharis Island map.

From now until October 15, Dragon and Home is celebrating the one-year anniversary of its Global Beta launch. During the event, players who log in will receive 500 pinkstars, and sharing a screenshot on Twitter, Facebook, or Instagram will earn you 2 months of membership for free.

After 8 years of development, Dual Universe officially launched on Tuesday. If you are unsure whether the game is worth the $14.99 monthly subscription fee, our very own Joseph Bradford shares his first impressions in his Review in Progress. You could also check out Dual Universe for free by downloading the demo from the Dual Universe Steam page.

Stormhaven Studio announced this week that Embers Adrift will be launching on October 15th, 2022. Early Start for Alpha Backers will begin on October 12th, followed by Beta Backers on October 14th. Special launch pricing of $29.99 (regularly $39.99) will run through October 31st, and the normal monthly subscription fee of $14.99 will be reduced to $9.99 for the remainder of 2022.

A new end-of-month Devlog was posted this week. The post covers the quests and tasks available to players and a Vocation deep-dive for the Cultist and the Warden.

Chanterelle Interactive now has a Patreon for anyone wishing to support their development of Farwoods.

The Inferno 1.0 update (Update 50 release notes) went live this week, marking Foxhole’s exit from Early Access.  The update adds incendiary weapons and new logi progression to Foxhole. If you are ready to enlist, Foxhole is 25% off through Wednesday, October 5th.

In the latest Feature Spotlight, players get an in-depth look at crafting in Fractured Online. Dynamight Studios did some crafting themselves, with their latest patch fixing a bunch of glitches and bugs.

Genfanad celebrated its official launch on Monday. Genfanad is currently browser-based (click here to play), and a Steam version is coming soon.

In their latest dev update, the Monsters & Memories team looks back at two years of development.

Inflexion posted a new dev blog, titled Inflexion’s Reflections, highlighting the work they completed during the month of September, including thunderstorms, new points of interest, and some mocap footage.

In a recent tweet, INSANE shared some elemental skills VFX.

FINALLY SOME ELEMENTAL SKILLS VFX ?To guide us through the creation of these, we've talked to Victor Natan and Pixel, VFX Artist and Game Designer respectively. pic.twitter.com/YbSMPbhNY8

In Development Log #354, Fabian talks about quality of life upgrades players can expect in the next release update.

With the Ravendawn Closed Beta going live this week, the team had plenty of updates to share with the community. Dev Blog posts covered the Shadow, Warfare, Witchcraft, and Holy archetype revamps.

In Scars of Honor’s Dev Diaries Episode 6, 3D Character Artists Giorgia Bassini walks us through the process of creating the female Human and Orc character models.

It’s been a while, but we have a new entry to the Indie MMO Spotlight. Say hello to Starkeepers, an experimental community-driven MMORPG based on astrological myths. Starkeepers is being developed by Wolfpack Games and was first revealed at the IGN Summer of Gaming event. We can expect monthly dev updates on their Medium page and weekly updates on the Starkeepers Discord channel.

Morrigan covers the trading update and palm trees in the most recent weekly dev blog post.

What’s going on in A Township Tale? You’ll find out in this recent blog post by Joel.

It was announced this week that Wild Terra 2 would be leaving Early Access and releasing on November 10th, 2022. In celebration of the news, Wild Terra 2 is having a free-play event on Steam. Anyone can download and play for free until October 13th. The team also released an updated roadmap that covers development through the fall of 2023. 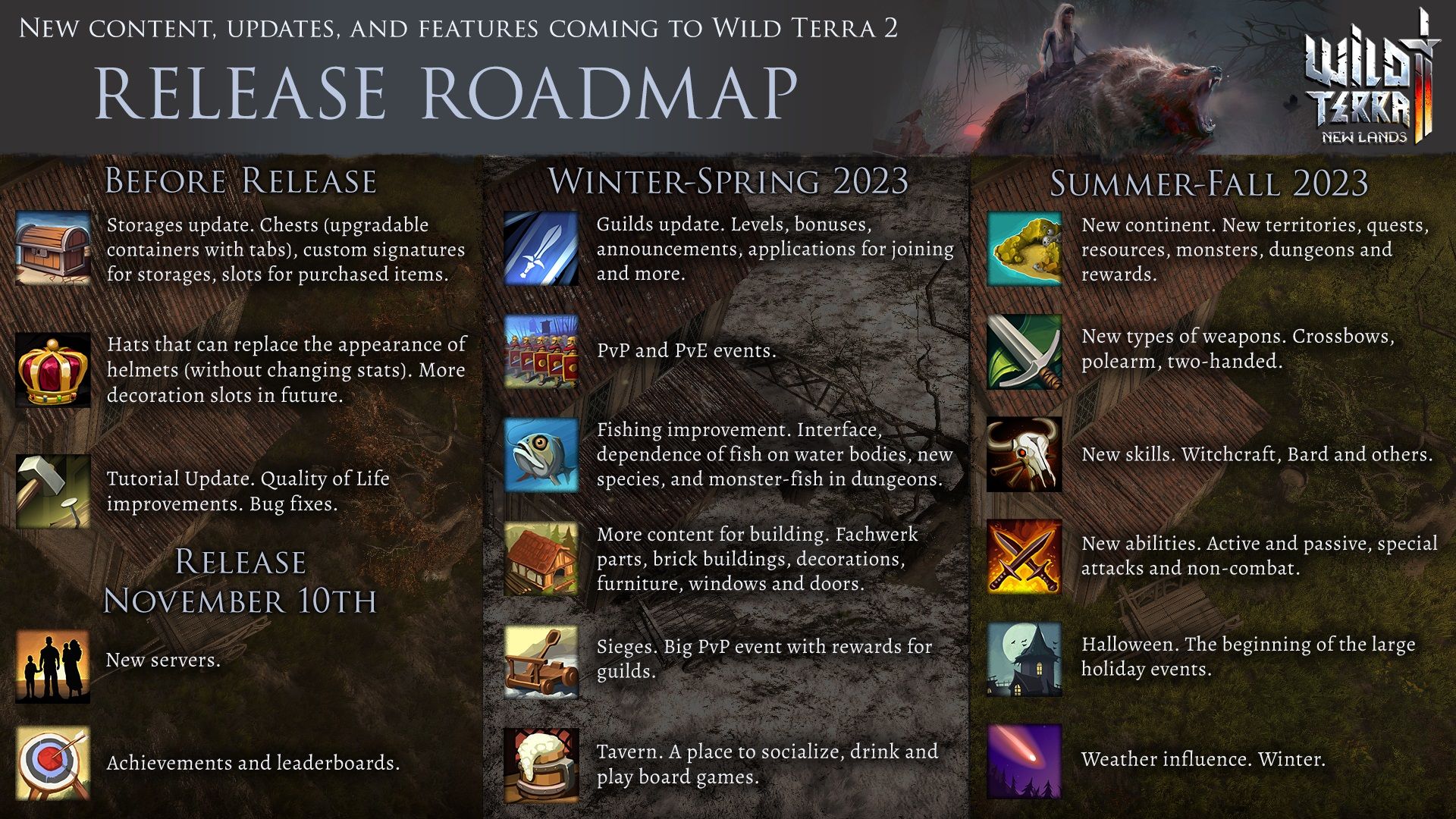 World Seed is now available for download on iOS and Android.

If you have been thinking about playing Zenith but haven’t pulled the trigger, there is a 20% off sale on Oculus right now.