Each week, we scour the internet for all things indie MMO-related so you don’t have to. This week, we’ve done our best to filter out all of the April Fool’s Day articles and bring you only the real news. And with all of the alpha and beta tests either currently running or on the immediate horizon, there’s a lot to cover. So let’s quit wasting time and get started with this week’s Indie MMO Spotlight.

Part 2 of the Ancient Journals series was posted this week. Last week’s entry was a page from an adventurers journal. This week’s entry, Hymn to the Gieft, appears to be a religious hymn about receiving the Radiant Gieft.

If you haven’t already done so, now is the perfect time to guild up in Broken Ranks thanks to the new Q1 update. The update adds several new features, including guild land where players will be able to construct multiple buildings, new quests, and new accessories for female avatars, to name a few. You can find the full patch notes here.

There are still two weeks left in the current Closed Beta 2, and Yager deployed a new patch this week to fix more of the bugs reported by Prospectors. They also used April Fool’s Day to put out a tweet about some upcoming changes to Jeff the Marauder. Unlike many of the fake news articles posted on the 1st that were obvious ruses, the tweet actually reeled you in before slapping you in the face with humor.

The Athena Update went live on the public test server this week. The update focuses primarily on PvP upgrades, and you can read all about it in a recent devblog.

Elethor received a new patch this week. The patch, v26, added data chips to the game, along with new corp buffs and altered companion abilities. You can read the full patch notes on the Elethor website.

Just a reminder for all of you landowners and badge carriers, the Ember Sword Pre-alpha Tech Test starts on Monday, April 4 at 6AM. Those of you who haven’t committed to Ember Sword yet can head over to the Ember Sword Twitch channel when the test starts to get an idea of what the game has to offer.

We are still in the early days of War 90 on the LIVE-1 server, which started on March 29. You can check out the starting conditions here.

In advance of Fractured Online’s Closed Beta, which starts on Wednesday, April 6, Dynamite Studios posted a video this week featuring CEO Jacopo Pietro Gallelli. In the video, he answers the question: What is Fractured Online? There will also be a Council of Elysium live stream on Tuesday, April 5, at 3PM ET. This time around the Community Managers will be holding an AMA, so be sure to submit your questions now.

The anticipated guild update has finally made its way into Gloria Victis with Weekly Update 313. The update also includes a new roadmap for farm animals, a new armor skin, and a bevy of QoL updates and general fixes. The team also announced a change to their weekly screenshot contest. The contest will now accept GIFs as well as screenshots, and a separate category has been added for movies, so start creating that content to earn some Amber!

Although the launch date for Ilysia’s Beta 1 is still TBD, you are now able to purchase access keys on the MagePortal store. The key costs $9.99 and grants access to the Beta on Quest or PCVR. It states in the details that the purchase does not include a digital copy of Ilysia, so it appears you are solely buying access to the Beta.

A new patch (v 0.1.15.0) this week added the Mastery System to Mist Legacy. Along with other changes, the new system will have higher skill caps. You can read the patch notes here.

In their monthly dev blog, the M&M team detailed all of the progress they made during March. This update was lighter on words and packed with artwork, so be sure to check it out.

Palia’s first Alpha test came to an end this week. As soon as we hear anything from the devs about how the test went or when we can expect additional tests, we’ll be sure sure to let you know.

It’s all about Steam in PU Development Log #328. A new patch, 2022.02, was released this week as well that added several new features to the game. You can read the patch notes here.

The RotMG site is currently down for maintenance so I can’t update you on the blog. I do know that the Elemental Easter Event is underway, and I found a calendar for it on Discord. At least one E3 wasn’t canceled this year. 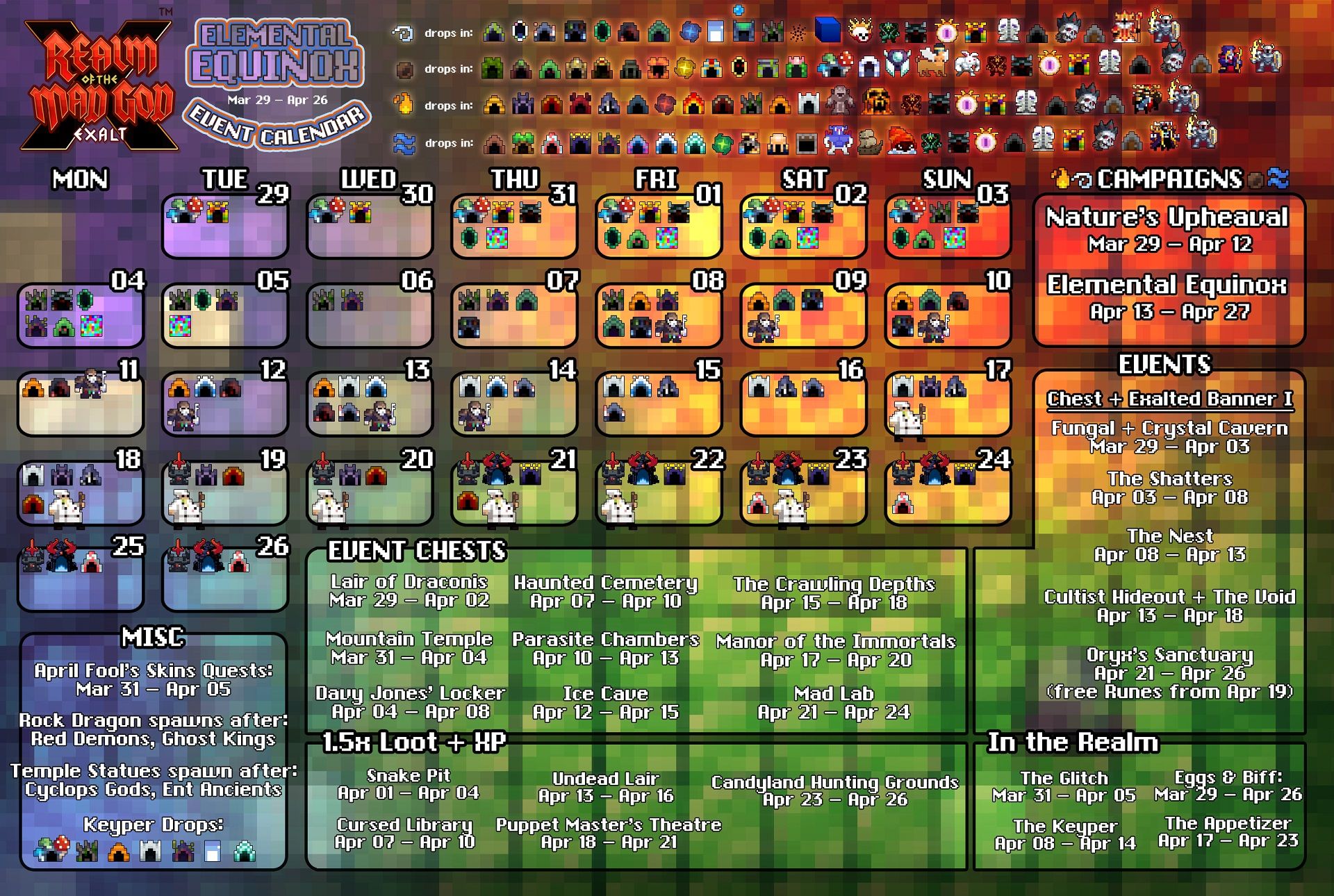 This week, the Scars of Honor team took a look at the Warrior in their weekly class discussion. There’s still time to head over to the forums and add your 2 cents on what is arguably the most bestest class in any MMO. The SoH Pre-Alpha Test 2 is now over, and an Aftermovie was posted this week to highlight some of the action.

The Screeps: Arena Early Access on Steam is finally here. Anyone with an activation key will be able to download the game starting on Thursday, April 7.

Season 4 of Raids has arrived in Villagers & Heroes. Are you brave enough to take on the challenges of the Netherworld within The Catacomb? You can read all of the patch notes here.

The Game Changers is a new video series from Unity that will feature dev studios that use their game engine to create their game. The debut video in the series showcases Zenith developer RamenVR.