Each week, we scour the internet for all things indie MMO-related, so you don’t have to. This week, Foxhole is finally going 1.0, Chimeraland gets a new fairy evolution, and players finally get a chance to try out the updated world map for Gloria Victis. There’s plenty of other stuff going on as well, so let’s quit wasting time and get started with this week’s Indie MMO Spotlight.

We get a look at some of the BitCraft wildlife in this week’s Twitter vignette. Does this mean we will have full-on animal taming or just select creatures available as mounts?

It's all fun and games... pic.twitter.com/bipBXSkQV2

Might & Delight announced a live AMA chat on their YouTube channel would be held on September 13, 4pm EST. In the meantime, take a look at Tech Blog 16, then check out this amazing map of the Braided Shore.

Braided Shore. Home of the Traveller and the Asken folk. The lands to the east are blocked by cliffs and an ancient wall and remains unexplored. Braided Shore itself is a fertile land characterized by its many waterways, islands and rugged shorelines. #WorldbuildingWednesday pic.twitter.com/DU8nhotYKY

With all of the goals of February’s roadmap completed, Whitemoon shared an updated roadmap for the remainder of 2022 and the first half of 2023.

A new Noble Evolution, the flower fairy Dululululu, was added during this week’s update. Plenty of other additions, updates, and fixes were included in the full patch notes, and a Dev Letter shared more upcoming changes to the game. 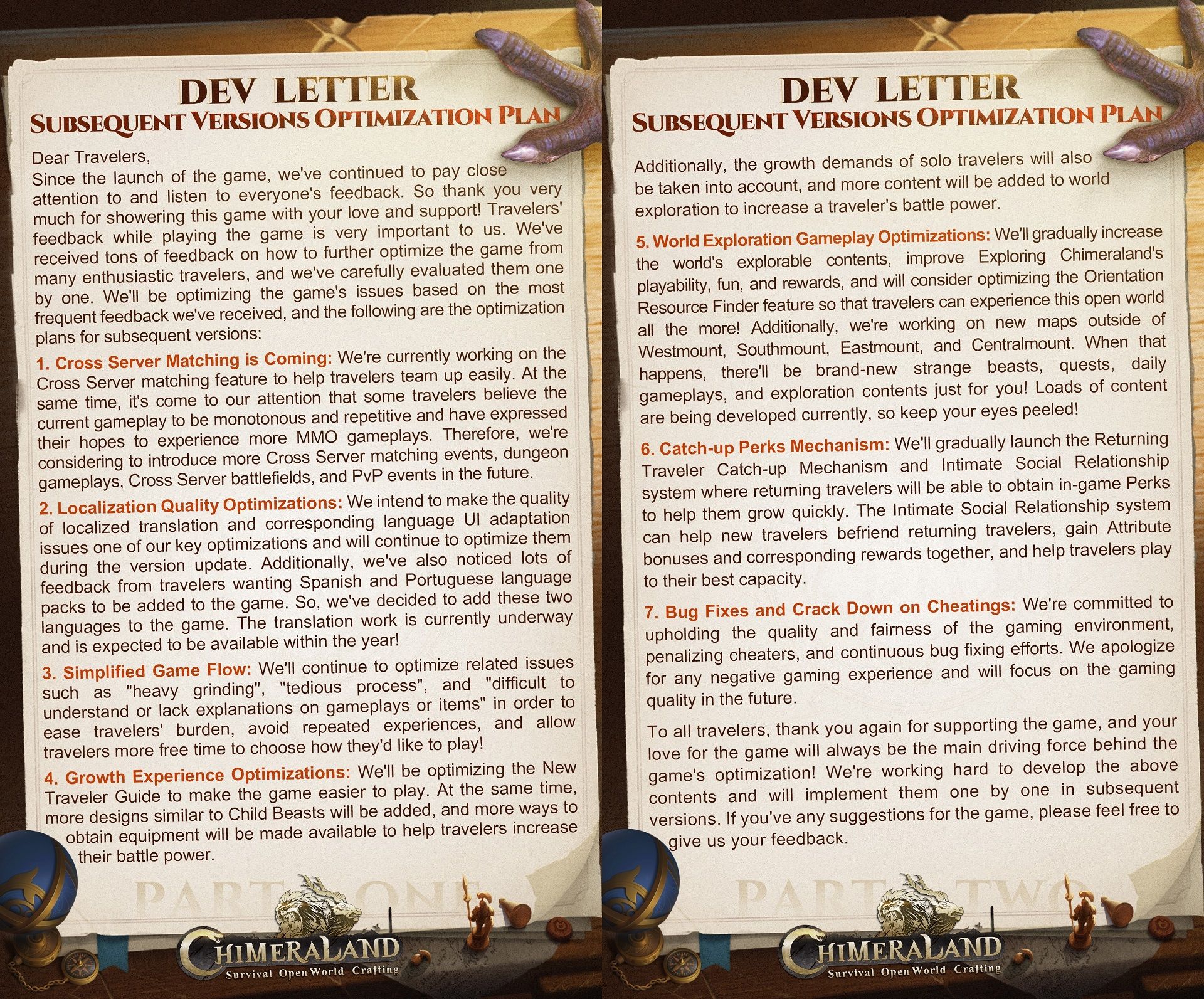 With the first Open Beta weekend over, Codevision held a stream on the Cinderstone Online Twitch channel to discuss what the team will be working on going forward. Nodes, housing, dungeon updates, crafting, castles, and more were all discussed during the stream.

Artificial Core shared a quick update on the Corepunk website this week. Affected by the Russia-Ukraine war, the team is now back on track and still plans on holding a Closed Beta by the end of the year.

The September 28th release date for Foxhole 1.0 was announced during the Foxhole Devstream #106. Along with the release date announcement, the stream covered many of the changes and additions coming in the 1.0 update, with a dev blog follow-up coming Monday to discuss more of the minor changes that weren’t covered during the stream.

In one of their Featured Spotlights, Dynamight Studios spills all on Arboreus, the land of the Wildfolk. A pre-release monster invasion is also running from September 11, 10am EST, until September 12, 10am EST.

The world map update is coming on Tuesday, September 13th, but the team wanted to give players a chance to check out all the changes (and hunt for bugs). 100 keys to the public test were given out on GV Discord, and even if you didn’t get to participate, you can find the changelog there as well.

Closed Beta signups end on Tuesday, September 13th, so be sure to apply if you haven’t done so already. And if you haven’t had a chance to check out the art style of Mad World yet, Jandisoft posted a short video highlighting some of the places you’ll visit on the world map.

The last update of Early Access dropped this week. There will be a new server to mark the end of EA, not to mention several updates and changes.

Monthly Update 24 was posted this week, and it looks like it was a busy month for the dev team.

The 4th annual Harvest Festival will be coming to OrbusVR on October 4th. The questline will be the same as last year, but new rewards, including a new cape and Bat Teleporter, are being added to last year’s loot.

There was a large Twitter thread this week to cover the UI and UX of Profane.

Let's talk UI and UX! ??To dive deep into the process of creating these, we talked to Marquetto, our UI/UX Designer, and asked him some questions. Take a look: pic.twitter.com/O9eQ5emWgj

The Path of the Wrath prologue season is this weekend. This season adds the Wyrdseeker as a playable class, and you can find all of the release notes here.

Several major updates are coming to Ravendawn after the Closed Beta, and a recent dev blog covers all of the changes.

The Month of the Mad God is over, but a Back to School event has plenty of loot for players to collect.

Beast Burst Entertainment now has its own in-house content creator, Kaloyan. Kaloyan will be kicking off two new video series. The first is a weekly Dev Diary to keep the community up to date on the progress the team is making. The second will also be a weekly series that will give an expanded look at the lore of Scars of Honor.

Here’s the link to the Weekly Dev Blog.

A new Valrei International was posted this week. It covers some of the changes coming with the Exploration Update Part 2. You can expect two more Valrei Internationals over the next few weeks to share other features that will also be coming in the update.