Fall is in the air, and that means Halloween is right around the corner. There are in-game Halloween events popping up in online games everywhere, and the indie MMO devs are following suit. This week was a little quieter than the last few, but we still have over a dozen entries on tap, including a new MMO we haven’t covered before. So enough talk, let’s get started with this week’s Indie MMO Spotlight.

Did you get caught up in the Cookie Clicker craze a while back? If so, you might want to check out Adventure Land - The Code, which I found through the MMORPG subreddit Developer Spotlight this week. This small 2D MMO allows you to automate your characters so they keep adventuring even when you can’t. 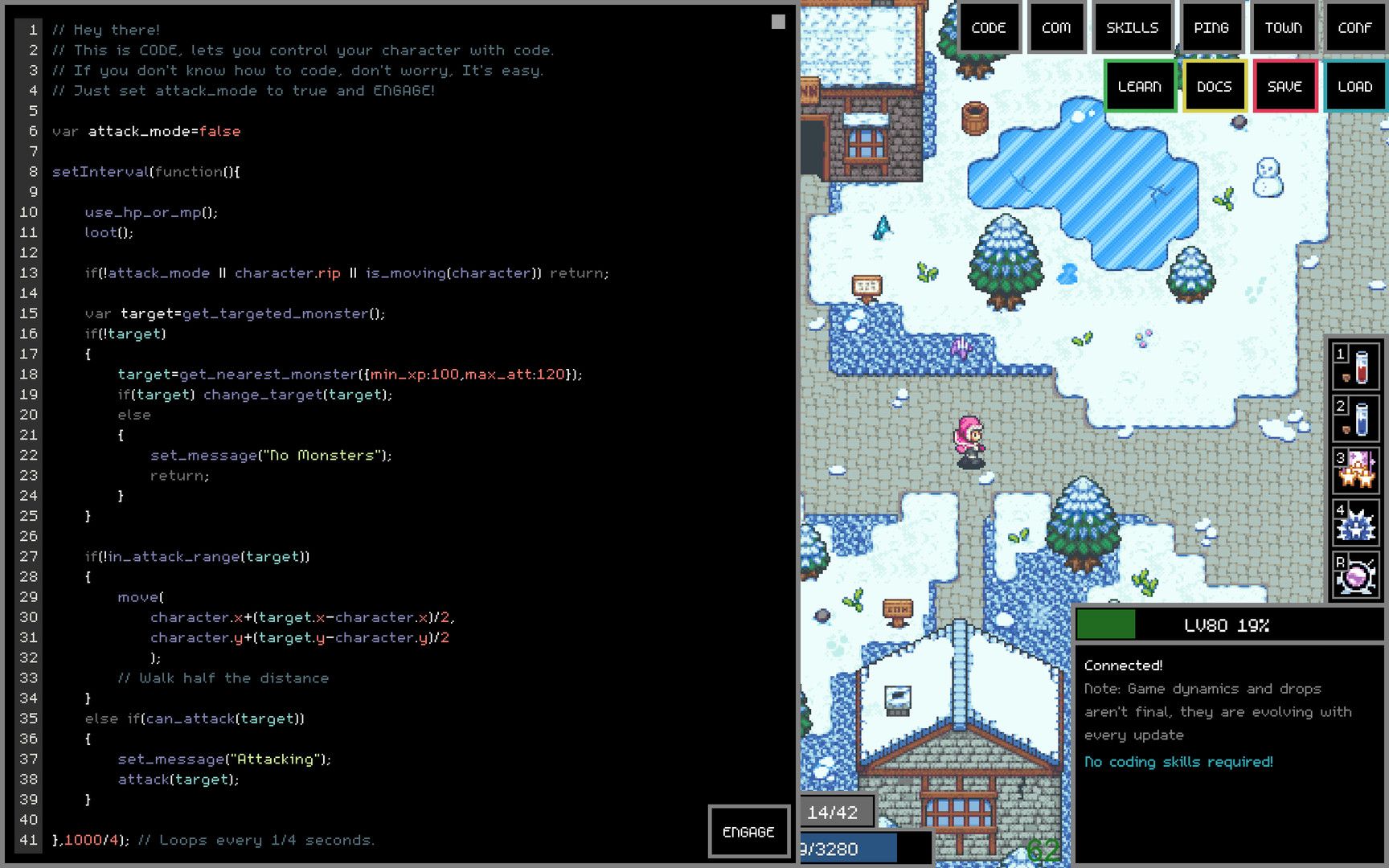 It’s already been two weeks since TMORPG Book of Travels entered Early Access on Steam. Eary access can have its fair share of bugs, and Might & Delight put out a patch to fix several of the bugs, and the server issues are gone, at least for me. In a blog post this week, it was announced that there are now over 19,000 active accounts, so this TMORPG is getting pretty massive, don’t you think?

It was a rough week for Yager Development and the Prospectors trying to play The Cycle: Frontier. The first half of the week saw some major server stability issues that caused multiple shutdowns as well as a temporary halt to granting Beta access to new players. As a result, the Closed Beta has been extended an extra week to November 8.

Novaquark published another Inside Novaquark podcast this week. The podcast was all about the Demeter update which will bring a bunch of mining changes to Dual Universe. You can check it out on the DU YouTube Channel.

It’s you like in-game holiday events, then I’ve got some bad news for you. Due to the late release of Update 46, Siege Camp did not have time to prepare for the Dead Harvest event this year. There’s always next year. Until then, you can relive Dead Harvest 2018 in the video below.

I hope everyone had a chance to check out Fractured during the Fall Alpha Free Play event. If you did, Dynamight Studios is looking for your feedback. You can find the link to the survey on the Fractured News page.

This week’s update (Update #292) brings more updates to the user interface and bug fixes for many recently introduced features. GV will also be getting an updated Catacombs for the Halloween event. And to celebrate Halloween, there will be a 5v5 PvP event held on the EU Eaglewood server on the 31st starting at 6:30 PM GMT.

With the third Alpha Test starting on October 25, the Mad World site has seen several updates over the last couple of weeks. The most recent additions are two short clips highlighting melee and ranged combat. I could only show one here and chose melee since we all know those are the best classes, but you can see all the other new media on the Mad World site. And don’t forget to sign up while you are there.

There’s a lot going on in the OPP. After a lot of hard work, Phase 1 of the Gamma rework will be going live today, October 24. This is just the start, though, and additional phases will go live in November. To celebrate, there will be an EP bonus event that will last until November 1.

Profane’s first user test has begun, and some community members have had a first-hand look at the character creation screen. If you aren’t one of those members, you can check out the Twitter post to catch up on what’s going on.

Hello, community! ??We hope you are in the mood for some playable character development update because that is what we brought for you today! pic.twitter.com/wib5r3LUgi

As usual, there have been multiple posts to the RotMG blog. There’s one about a Halloween cosplay contest, in-game Halloween events, and a general post about transparency.

Power Proc Studios posted an announcement about a delay to the upcoming playtests. The first test is now scheduled for November 9. You can read the full message here.

The pyramids in the Oases of Anuk’Amon are gone, but who needs them when you have The Haunted Moors? This year, the Villagers & Heroes Halloween event introduces a new villain, Pumpkin Head, into the festivities. So good luck keeping your head and getting all the new treats.

Project X - I missed the Private Beta Test release for Android users on October 12. You can still sign up for access on the Project X website.