Each week, we scour the internet for all things indie MMO-related so you don’t have to. This week, there are multiple tests going on, some cheaters got banned, and I finally remembered to check in on Ethyrial: Echoes of Yore. But hey, you can read all about that and more in the segments below, so let’s quit wasting time and get started with this week’s Indie MMO Spotlight.

Ancient Journal 6 was posted this week, bringing us The Last Lullaby. I also missed a blog post from the 18th that is a collection of answers to questions posed by the community on the BitCraft Discord.

We haven’t heard a peep from Fntastic about The Day Before since their GeForce RTX 4K Gameplay Reveal back in January. With the June 21st release date rapidly approaching, we asked an important question: What is going on with The Day Before?

The Athena (0.29) Update was pushed to the live server this week. The update brings a long list of changes. You can find the update log here.

Update v27 went live this week. There were several changes and fixes, with the Recyclobot Exchange boost, Hellfire Injections got a rework, and Stasis injections were completely removed from the game. You can find the full patch notes on the official Elethor site.

The Ethyrial: Echoes of Yore Kickstarter went live alongside the start of the Open Alpha Test on Friday. As of Saturday morning, the Kickstarter already had 42 backers pledging $5,870 of the $63,262 goal. Access to the Alpha Test can be gained by going to the Ethyrial Steam page.

Dynamight Studios brought down the banhammer this week, permanently banning multiple accounts for using a hack that made their characters more powerful than they should have been. FO may be in Beta, but one thing was made clear in a recent post: finding and reporting bugs is good, continuing to use them is bad, very very bad.

On a more positive note, the temperature and weather system was implemented this week. The Feature Spotlight this week lays out how weather works in Syndesia and what that means for your character.

Finally, on the community front, the winning story from the Tales of Elysium writing contest was announced, and the AMA from Friday can be found on the gamigo Twitch channel.

Weekly Update 317 shows some love for crafters with improvements to the workstation. The revamped UI should make using the workstation much more streamlined and user-friendly.

T21 shared a new piece of concept art, titled Grotto, this week. It’s the 4th piece of art they’ve shared, and if you missed the previous three pieces you can find them here.

A new blog post this week previews the new dungeon, K’tula’s Cove, coming to OrbusVR in the next patch. The dungeon will have two new bosses, the Water Wyvern and King Kar’Nos. Players can expect the new dungeon in late May.

The latest patch (0.3.6) adds fishing to Past Fate. With the addition of fishing, we can now consider Past Fate a true MMO. Oh, a couple of new zones, Blackfang Village and Ironbanner Docks have been added to the game and some other improvements were made, so if you’re interested in that minor stuff (compared to fishing) then you can find the full patch notes on the PF Steam page. 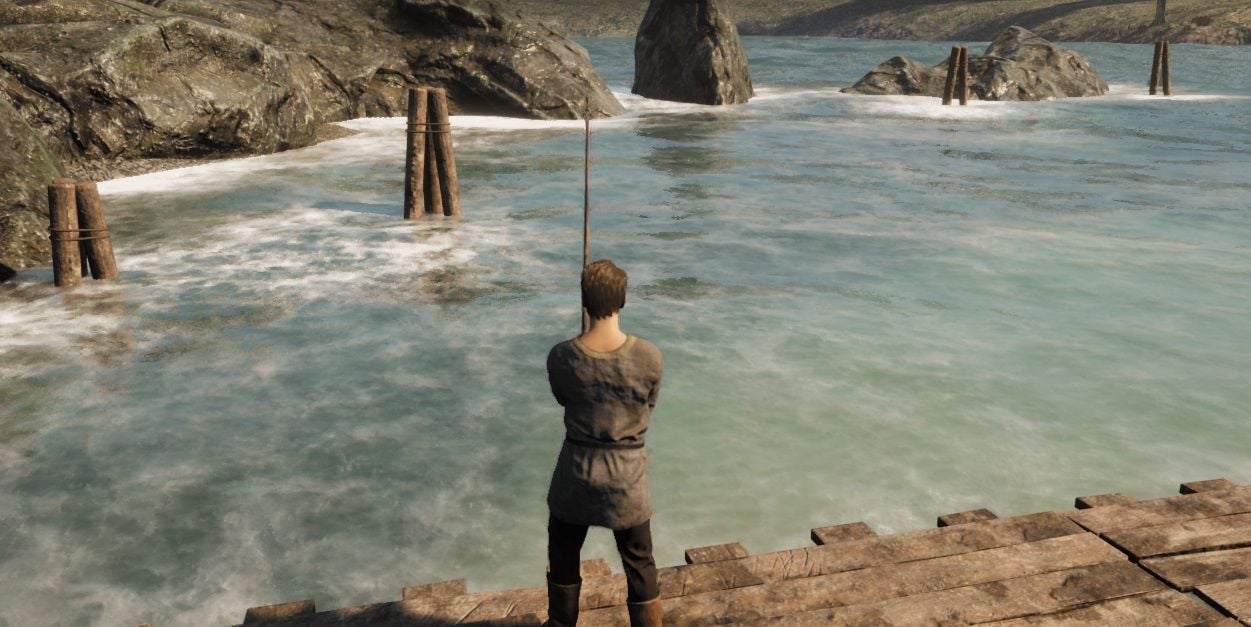 The Profane roadmap got an update this week. Architecture now shows complete and Access is ready for testing. There are a few new boxes as well, so it looks like things are headed in the right direction.

With the completion of the Shipment of Equipment Season last weekend, Beta Dwarf has announced the next season, named Academy of Strategy, will run from May 27 through May 29.

Update 2.3.1.0 went live this week, marking the end of the April events. You can read all about the changes the new update brings and get a peek at the May event calendar in a blog post from Tuesday.

The SoH weekly race discussions have finally made their way to the most favorite of all the fantasy MMO races - Dwarfs. Be sure to join in on the discussion and let everyone know what you think makes Dwarfs the bestest of the best.

The Player Housing Beta will run May 5-8. If you are interested in checking out the new housing features and character creator tool, be sure to register now.

A development update post on the Soul Kingdoms Discord includes a rather extensive roadmap that outlines the next two release milestones as well as a list of backlogged features that will be addressed in the future.

A new edition of the Valrei International was posted this week. This edition is all about the upcoming Exploration Update