Each week, we scour the internet for all things indie MMO-related, so you don’t have to. This week, Chimeraland has its global launch, one MMO recaps a community get-together while another announces plans for the same, and Legends of Aria continues to make blockchain gaming more confusing with every announcement. There’s plenty of other stuff going on as well, so let’s quit wasting time and get started with this week’s Indie MMO Spotlight so I can get back to playing Chimeraland.

BitCraft posted another tweet this week showing us some more pre-alpha footage. The video shows an adventurer gathering multiple resources in a variety of biomes. We also got part 3 of the Travelers Lore series; we learned a little bit about Varu: The Barber and Laru: The Welder this time.

You never know what you might pick up along the way! (Pre-Alpha Footage) pic.twitter.com/8wkaW39sZb

I don’t mention it every week, but Might & Delight are still posting their weekly Tech Blog. You can check out the most recent entry, Tech Blog #8 to see all of the exciting tech improvements they have made.

After a 3-year hiatus, Whitemoon was able to hold their annual community get-together, TaernCon. The event was held on July 2nd. Anyone unable to attend can get a recap in this blog post. 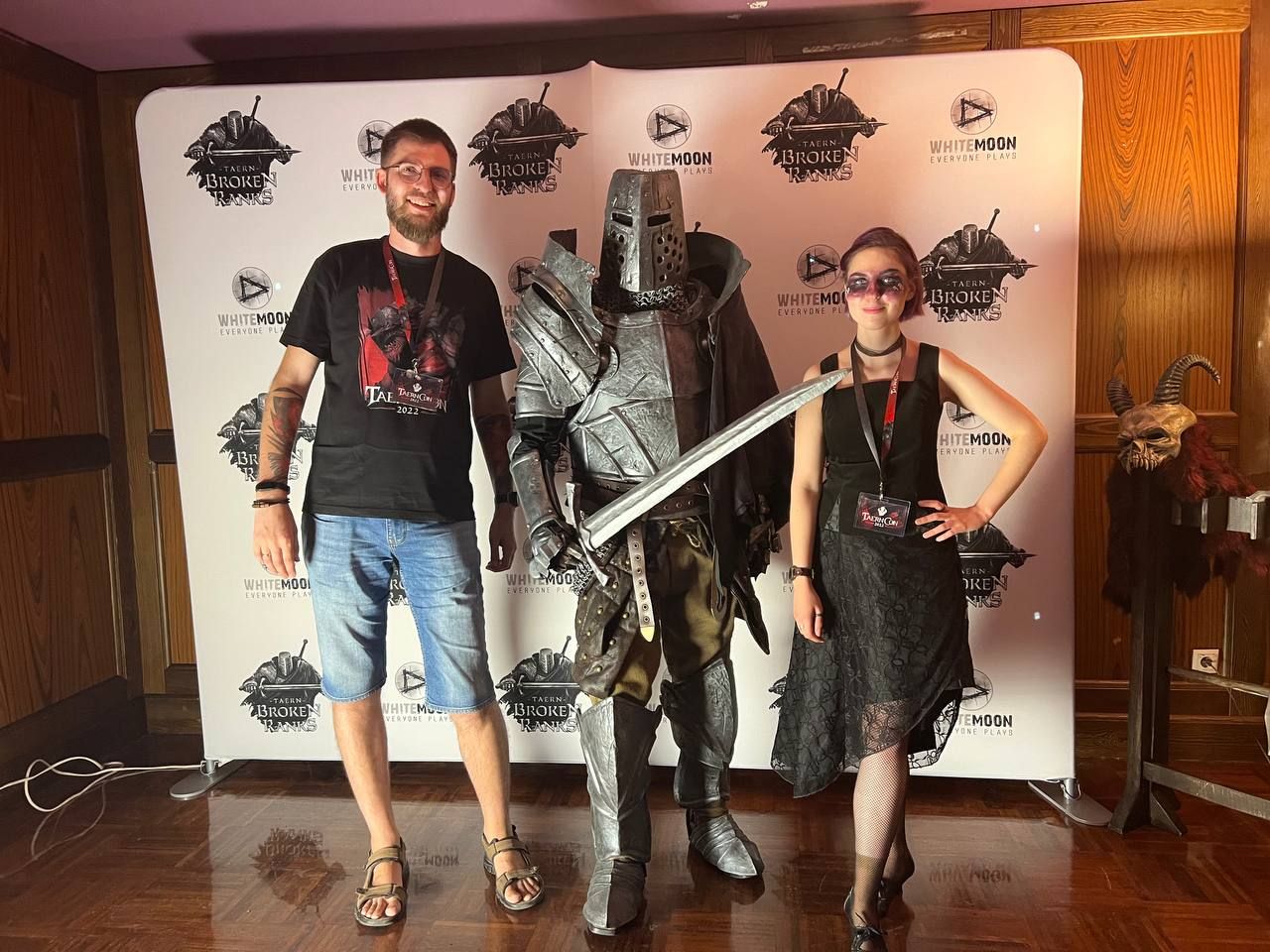 With its global launch on Thursday, Chimeraland is finally available worldwide. Available on iOS, Android, and PC (download through Steam or directly from the Chimeraland website), the cross-platform, cross-save MMO features animal taming and transmorphing, not to mention plenty of cooking and base building to go along with the creature hunting. And with 16 races, each having age and gender dependant character models, you will be able to spend hours tweaking all of the sliders to create your own unique avatar.

Yager Development announced they would be holding their first The Cycle: Frontier community meet-up at Gamescom this year. Tickets are already sold out for the Wednesday, August 24 event, but you can join the waitlist in case additional tickets become available.

Ask Aphelia Episode #9 was released this week. This episode is dedicated to answering questions about the recently announced schematics changes. If your specific question wasn’t answered, you can always join the Ask Aphelia discussion on the DU forums.

In their State of the Game: June newsletter, Stormhaven Studios covers all their progress over the last month. They also announced that servers will now be open every day except Thursday, with a second free weekend, Worldbreaker II, coming soon.

We previously reported that Gellybelly Studios was negotiating a publishing deal for Ethyrial. The ink is finally dry, so Gellybelly was able to announce that Freedom Games would be their publisher.

In response to player feedback, Dynamight Studios are reworking the city conquest mechanics in an attempt to add more risk for the group initiating the attack. Be sure to check out the full patch notes for all the ins and outs of the new conquest system.

Weekly Update 326 is here. Along with the start of the new Glory Season, the update covers the new mount taming minigame and gives some insight into the work being done towards completing the new game world map.

It was announced this week that Legends of Aria would be multi-chained, with Solana, Harmony, and Polygon blockchains available at launch. What does that mean? You can read all about it here.

In another post this week, it was announced that the free-to-play version of LoA, Legends of Aria Classic, is being scrapped, and the game will live on with a single model: play-and-earn. Players will pay a one-time fee of $10 to create their character, with no further subscription services required.

Mad World had its Final Alpha test at the end of May. Unlike many games that immediately go into Beta after ending their Alpha playtests, Jandi is still working on preparing a new version. An announcement on Discord says they expect a 20-50% improvement in performance, along with many other updates they will disclose later.

Following in the footsteps of the recent Linux release, Mist Legacy is now available on macOS. There was also a new patch this week that included several new changes and bug fixes, with a focus on upgrading the combat system.

If you missed the live DevTALK on Monday, the full interview can be found on kormakrtv’s YouTube channel. Along with answering many questions about the game, the video has plenty of in-game footage.

A new Profane tweet this week shed some light on the gathering and harvesting aspects of the game.

Hey, community!Do you feel like GATHERING some information today? ??Sure feels like a good time to HARVEST news about Profane, huh? ?? pic.twitter.com/gGKHIuVNW7

In Development Log #343, Michi continues to work on custom contracts. Fabian has finished implementing ship upgrades and has moved on to other, smaller tweaks and fixes.

There was also the need to shut down the servers this week, resulting in the largest involuntary downtime ever seen for PU. With the full transparency we’ve come to expect from most of the indie developers covered here, a blog post later in the week detailed the events that caused the downtime and how the team plans to avoid the same thing happening in the future.

In advance of the Month of the Mad God event, a blog post this week covered changes to the Adaptive HP Scaling system in Update 2.3.3.0.

After previous discussions on Dwarven and Undead lore, the topic for this week was High Elves. Yeah, boring, I know, but I guess some may want to join in on the discussion.

This week’s blog post covers all sorts of stuff, from the introduction of Mako’s Crab Shack to some new Meeko Pass pixel-art.

I missed the June 2022 Developer Update that was posted on July 2nd. If you haven’t read it, you can view it on the Untamed Isles Steam page.

In a news post this week, it was announced that Ramen VR would be closing some of the Z:TLC servers in August. The recent improvements to infrastructure allow more players on a single server than was originally possible, so the extra servers added to handle the influx of players are no longer needed. Players have never been locked to a single server, so there won’t be any lost progress for anyone having to move to one of the remaining servers.

[Feature Image is from Chimeraland]