Each week, we scour the internet for all things indie MMO-related so you don’t have to. After a rather quiet episode last week, developers are back at it this week. Although some developers announced test delays, many studios pushed out patches filled with new content and updates. We even have a new addition to the IMS, though some of you won’t be too excited to hear it includes NFTs. In any event, there’s a lot to cover, so let’s quit wasting time and get started with this week’s Indie MMO Spotlight.

The Hollow Chase: Dungeon patch went live on Friday. You can now take on Briggs either solo (Story Mode) or in a party (Normal Mode). Of course, Normal Mode offers better loot. Check out the change log channel on the Aether Story Discord for the full patch notes.

With their latest patch (0.18.240222.31946), Might & Delight deployed another round of bug fixes to Book of Travels. Along with a bunch of UI fixes, there were several combat fixes, including a rule change so that the attack counter continues to count upwards even when defending. You can read the full patch notes on the BoT Steam page.

There’s a lot to do in Chimeraland, so to help new players get their bearings, Proxima Beta added a new guide on their website to introduce you to several of the activities available. Part 1 of the guide covers power surfing, fishing, Villages, and the Space Penal Colony. Part 2 is all about the different toys you can get and how to pan for gold.

It has been a while since Artificial Core has posted an update on Corepunk’s development. A new post on the Corepunk website gave a quick update on how the studio was dealing with the situation in Ukraine, including its decision to move the bulk of its operations from their Kyiv office to Athens, Greece.

Unable to finish up the last bit of work on the beta client before the expected March 10th launch date, Closed Beta 2 has been delayed. We only have to wait a week, though, with the test now running from March 16th through April 4th.

There is a new Gallery page on the Ember Sword website. The Gallery provides a glimpse into the world of Ember Sword and includes screenshots, concept art, and a collection of the work-in-progress images previously posted on its Twitter page. There is also a section for fan-created content.

For those of you interested in retro-style MMO Genfanad, Heleor posted his monthly update on Discord on Friday. Not only did he mention that he expects the Kickstarter to begin in May, but he also says their goal is to launch Genfanad this year!

With Weekly Update 310, a new cluster system has been implemented for Gloria Victis. This will allow the team to move things like the Valley of Death Tournament to its own server and opens up the possibility of adding dungeons, private guild areas, and other smaller instanced areas without affecting the performance of the main world.

As for the rest of the update, a new Glory Season just started, a third map was added to the Valley of Death tournament, and as usual, there were a ton of other fixes and minor updates listed in the update notes.

With members of the team being displaced due to the war in Ukraine, ETLOK Studios has decided to postpone the pre-alpha test again. The test is now slated for April 2-3. On the positive side, an additional 500 keys are being distributed for the test, so be sure to check your email to see if you are one of the lucky ones to receive one.

A new dev update was posted on the Mist Legacy Steam page this week. In it, Virtys talks about the transition from weekly “rush-updates” to a slower pace of beefier updates. They also mentioned the next update would include a new chapter of the main storyline, a taming system for animal companions, a skill cap increase to 25, and a max hero level of 40.

You can check out some of the new character customization options the team is working on a new Profane Twitter thread. Note that this is a work in progress, with additional choices and a high poly version to be added.

What up, community! ??Check out some of the new customization options we are working on. There's a video in the tweet below! ??????As always, keep in mind this is a work in progress, and they aren't yet finished. pic.twitter.com/Ip2rMSJSGq

BetaDwarf announced this week the Project F4E Prologue. This pre-launch campaign will consist of multiple seasons during which players/testers will have the chance to earn exclusive gifts that won’t be offered after launch. The first season, Knights of Power, will start on March 18 and run through March 20. You can sign up for a key on the Project F4E website.

A new update to Project Gorgon has added some new storyline quests. A new floor has also been added to the dungeon under Eltibule Keep, making it more approachable to players who aren’t fully geared up. You can read all of the update notes here.

In Development Log #325, Michi is still working on performance updates, Fabian has been working on QoL improvements, and Nick is MIA. 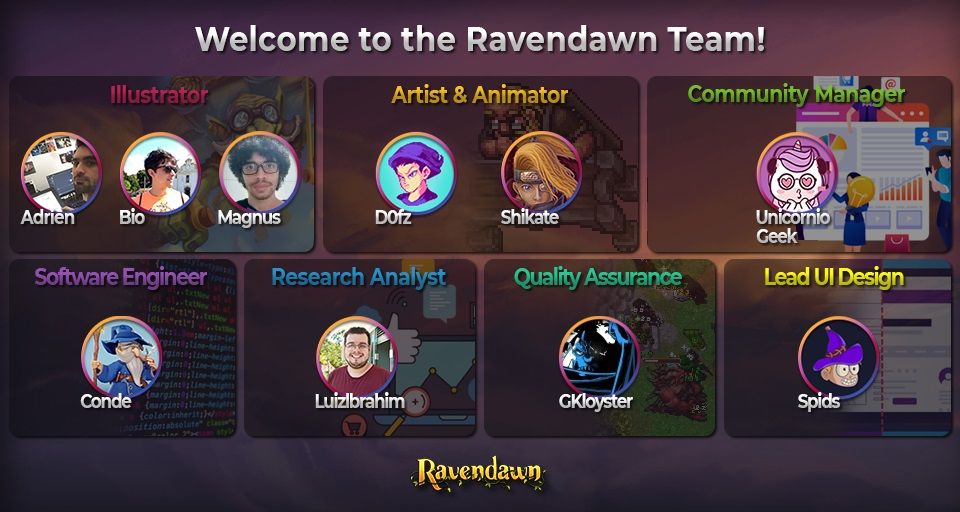 As the team begins to scale up from the current 30 full-time staff members to an expected 60, the first 8 new team members have been hired.

A Story of War VII: The Flame Ignites is live and offers only a single new ST set, but you also have the chance to pick up previous ST sets as well.  You can read all about the STory of War Bonus Program and other upcoming events on the Realm of the Mad God Remastered.

In this week’s class discussion, we finally get to talk about the Priest. As the healer of the group, the Priest is obviously the most important class, so be sure to add your two cents on what it will take to help the Priest carry the rest of the party. And don’t forget that the Pre-Alpha Test 2 runs from Monday, March 14 through Friday, March 18.

After their failed Kickstarter, the Soul Kingdoms team has spent the past few months considering their next steps. In an announcement on the SK Discord, the team shares their new plans for the next chapter of its SK  journey.

It’s been a while since we had a new addition to the Indie MMO Spotlight, but that drought ends this week with Untamed Isles. Coming to us from Phat Loot Studios (no, I didn’t make that up), Untamed Isles is a pet tamer MMO where players will seek out and tame beasts made up of 7 body parts and 15 “mood” subtypes, resulting in a “nearly limitless amount of creatures to encounter.” Utilizing the blockchain and monetizing these unique variants as NFTs will make Untamed Isles a play-to-earn MMO for those who wish to sell their creatures on the marketplace. You can check out Untamed Isles on the official website and Steam, where it has a planned release date of 2022.

Team Scionica posted a new video on YouTube and Twitter to show off some of the new music being made for Valorbound.

The Zenith: The Last City final review was posted on MMORPG this week. In it, Kevin Chick gives his final thoughts about his time in Zenith over the last month or so. Be sure to check out his Review in Progress as well as his Final Review.