Each week, we scour the internet for all things indie MMO-related so you don’t have to. This week, we have several alpha and beta tests going on, plus a couple of final releases on the horizon. We even have some news coming out of a couple of the quieter dev studios this week, not to mention some community events to keep everyone focused as we head into the summer season. So let’s quit wasting time and get started with this week’s Indie MMO Spotlight.

A new patch (2.15) went live this week to take care of multiple minor bugs. There were also a few graphics fixes and several QoL updates, so be sure to check out the changelog for full details.

We finally got a release date for The Cycle: Frontier this week, and it isn’t that far off. You will be able to download and play The Cycle on Wednesday, June 8, 2022, on both Steam and the Epic Games Store. The first two weeks of release will serve as a Pre-Season, with Season 1 beginning on June 22nd. You can read the release date announcement for full details.

If you have an Ember Sword land plot on your wishlist but don’t have the $$$ to purchase one, you’ll have several chances to win one in June. Bright Star Studios is holding a month-long raffle and multiple community challenges that put 20 land plots up for grabs. You can find out all the details in the June 2022 Competition announcement.

The Farwoods Steam page is now live! If you like some roleplay in your MMO (or just want to show some support to an indie dev), check it out and add the Redwall and Watership Down inspired graphical MUD to your wishlist.

There are still a couple of days to jump into the FO Free For All week and check out this open-world sandbox MMORPG. And if you don’t get the chance to try it out, you can always take a gander at my Beta Test First Impressions here on MMORPG.

The cross-server tournaments were implemented in Weekly Update 320. The update also included some SFX improvements, siege engine tweaks, and a better way to hit walls.

This week, Team 21 Studios finally jumped on the devblog bandwagon by releasing their first-ever blog. Their goal is to post to the blog monthly to help increase communication in between testing phases. The inaugural post is pretty beefy, so be sure to check it out.

The Final Alpha is currently live and runs through May 31st. Jandi is handing out increased XP, crystals, and other goodies throughout the Alpha to help players experience all that Mad World has to offer. I personally have barely scratched the surface of Mad World, but I’ll be playing more throughout the extended weekend. Come join me!

A small patch was implemented on Wednesday, May 25th. The city of Los Males received some minor improvements, as did the Los Muertos Hotel. There was also potions rework that added a healer to every major city that will take care of your wounds for free. The healers also have a new set of potions for sale.

The Guilds and Cities update went live last week, and it looks like a couple of people were running a little late. Two new companions, Palenne and Ovie, were added this week along with some other minor fixes and updates.

We received another Roadmap update this week, marking the end of the Phase 2 development. While INSANE focused on the HUD, Early Seisus, and skills in Phase 2, they state they will be working primarily on crafting and building during Phase 3. 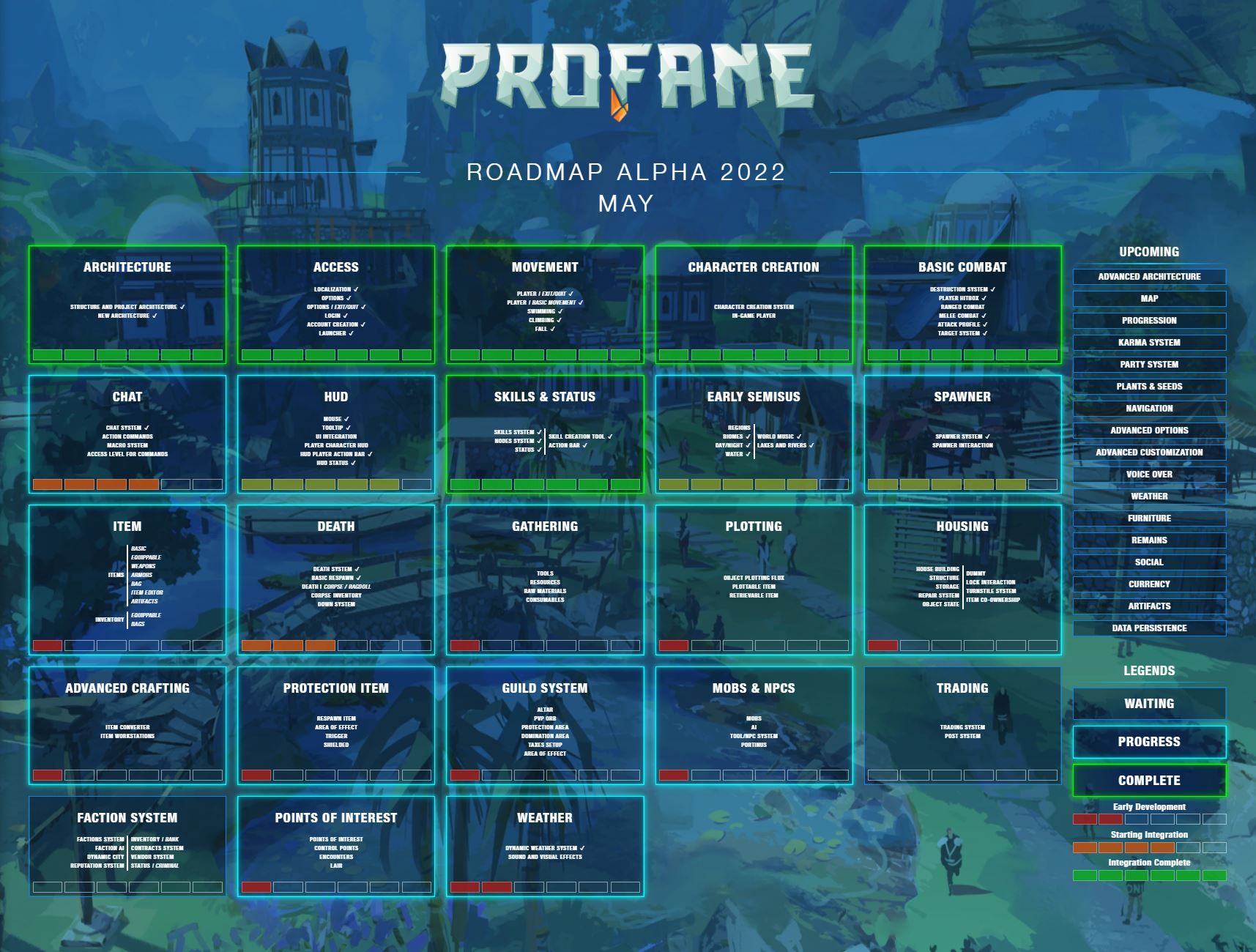 The latest preseason, Academy of Strategy, began on Friday and runs through 1:59 am UTC, so depending on when you are reading this, you may still have time to log in and earn your preseason points. Whether you make it in or not, you can catch up on all of the Academy of Strategy patch notes here.

In Development Log #336, Michi and Nick discuss the work they did on PU during the previous week.

Realmers, be sure to mark June 7th on your calendars. That’s the date that the next big update will be landing for RotMG. There are a lot of changes coming and you can read all about them in the latest RotMG blog post.

If you haven’t noticed by now, Scars of Honor has a broad selection of races available for players to choose from. This week, they discuss the Bearan. As the name implies, this is a race of bear-like humanoids, so get your furry on and join in on the discussion.

In a blog post on Thursday, HGC shared a wrap-up of their recent Housing Beta. The test seems to have gone well, with most players enjoying the available tools. Even so, the team already has a list of improvements to make based on the constructive feedback they received.

Twitch streamer kkenziebear held a live interview with Valorbound developer LordPhrozen. They covered a lot of topics during the four-hour interview before ending with a short in-game tour of the new, larger town.

In their June Update Newsletter, Creative Director Josh Caba is asking for the community’s help. The team has been considering a revamp of the tab-based combat they have shown in the past because it, “straight up feels grindy and boring.” So, before progressing on a new path, they are asking for the community to provide feedback on what they would like the combat system to look like. Stick with tab targeting? Go all-in on action combat? Or maybe a hybrid system? Head on over to the WoD Discord and weigh in on the topic.

A minor patch was released this week dealing mostly with backend updates. The patch is mostly transparent to the player, but the core architectural upgrades will allow the implementation of new interactive gameplay features coming in Zenith’s first major patch, The Celestial Throne.