January can be a slow month for the gaming industry. That doesn’t seem to be the case with indie MMO development, though. We’re only a week into the new year and we’ve already had our first indie MMO release with a second coming before month’s end. With so much activity, there is a lot to cover, so let’s get started with this week’s Indie MMO Spotlight.

Book of Travels had a rough end to 2021, but developer Might & Delight is still confident that the TMO will, “stay on its course to becoming the RPG experience of our dreams.” To that end, Might & Delight announced that two more levels - a mountainous forest to the west and the subterranean Underbelly - would be rolled out in the near future. Players can also expect more character customization options when they finalize the new customization tools.

Whitemoon Games is one of the quieter indie developers, so when they have an announcement it is usually something big. That was the case this week when they announced that Broken Ranks will be releasing on January 25, 2022.

The animal collecting MMO Chimeraland officially launched on iOS, Android, and PC in Singapore, Indonesia, Thailand, Malaysia, and the Philippines this week. Although there haven’t been any official dates announced, Chimeraland is expected to arrive in other parts of the globe later this year.

Episode 3 in the Life on Fortuna III series debuted this week. You can catch the show on Twitch.

I came across a new addition for the Indie Spotlight while browsing the MMORPG subreddit. Dragon and Home was released in August, 2021, and is a free to play sandbox MMORPG with a Minecraft look. You can check out what developer HIG has in store for 2022 in this announcement posted to the D&H Steam page this week.

On this week’s Ember Sword Podcast we are introduced to team member Christoffer Erlang, Operations Manager at Bright Star Studios. You can listen in and see what makes Chris tick on the Ember Sword YouTube channel or wherever you listen to podcasts.

Are you ready for some Fractured Online lore? A new post on the FO website explains the history of how Elysium was split into three worlds and what players can expect to find on each one. The post also discusses the idea of travel in Fractured Online and how it affects the survival aspects of the MMO. 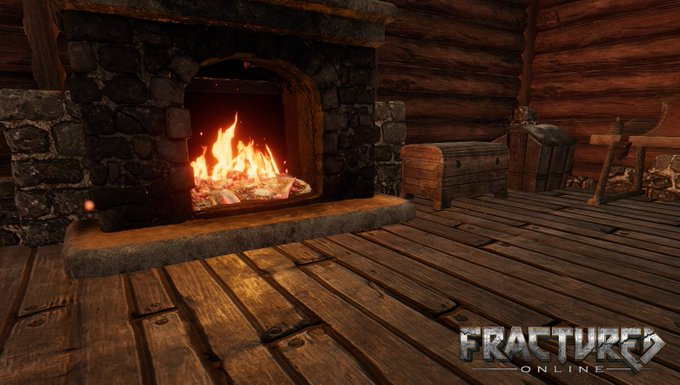 There was also a post from earlier in the week that previewed the three races you can choose from, and how Dynamight Studios plans to make choosing a race meaningful.

The Gloria Victis team is back on track with Weekly Update #301. Although there aren’t any major additions or enhancements this week, the update is still full of QoL improvements and bug fixes.

There was a new patch for Hordes.io this week. Along with some Gloomfury balance changes, the minimap received an update. Minimaps now have increased quality and resolution, and can also be zoomed in and out with the mouse scroll wheel.

Interested in what’s in store for Mist Legacy in 2022? If so, you can head over to the Mist Legacy Steam page to check out the 2022 Roadmap.

Starting on Tuesday, January 11, you won’t need runes to enter the Sanctuary. The free entries only last for a week, with the event ending on the 18th. That’s not the only event happening in RotMG this month, so be sure to check out the blog posts covering the Discord events and weekly in-game events.

Over on the Wagadu Chronicles Twitter, Twin Drums teased a massive announcement coming next week. To hold you over until then, the tweet also showed off artwork for some new animals.

We have a massive announcement next week....??For now, know that the art team has also been working on animations and experimenting with “skins” for additional animals who should hopefully join our crocodiles, cows, chickens and co in-game. ?? pic.twitter.com/PM3PwKweAA

In advance of the World Seed 2.0 release, World Seed 1.0 has been renamed World Seed Classic on Steam. In other news, the World Seed Kickstarter is not faring well. With 13 days remaining, 31 backers have pledged $1515, well short of the $8839 goal.

Reign of Guilds - This news post from RoG last week gives a rundown of all the updates the team made during 2021.