Once I was finally able to get into Crowfall earlier this week, I took my High Elf Confessor for a spin. Having not backed Crowfall (as a general rule I don't crowdfund games; as a games critic I don't crowdfund games I'll need to cover), I never played it leading up to launch, even during the most recent beta event. A game that is highlighted by its PvP, combat needs to be tight and on-point. However, after a few hours in the MMO, I'm not really feeling the combat, and I've got a good idea why.

Admittedly, I've not done melee combat just yet, but I oftentimes gauge how good combat feels by ranged. Playing a character that literally slings fire at my foes seemed pretty compelling at first, though as I've played and unlocked more talents, I'm not sure it's as impactful as I was hoping.

Part of that could be that the movement itself doesn't feel like there is a whole lot of momentum to even just simply walking or moving around the world. Movement speed feels slow to begin with, and it slows when you enter combat even more. Moving around the world doesn't have the weight and feedback that other MMOs like Elder Scrolls Online or Black Desert have, which when transitioning to combat that weightlessness comes across with it. When changing direction, my character just slowly turns in a semi-circle and starts moving the new direction. There is no feedback showing my character stopping their movement, planting a foot to turn that momentum into the turn and then starting on the new direction. As such, movement feels stiff and weightless, which does make combat feel the same way.

This isn't to say the animation work is bad - it's not. I do like the way my Confessor jumps and spins around when slinging fire at the Sun Elves or Aurochs I'm staring down. But nothing flows like I feel it should. I think back to the recently released Corsair class in Black Desert and remember marveling at how each animation flowed so seamlessly into each other during combat that you would be remiss thinking I wasn't randomly using skills but instead following pre-defined rotations to get that effect.

In Crowfall though, the feedback just isn't there. Sure, there is a camera shake when an attack hits home, but enemies don't really react normally to being hit really either. There is some feedback with an enemy recoiling, but when a fireball hits them there isn't always a reaction at all - isntead it looks like after I've rained magma down on their heads they just power through, as if a flaming rock didn't just fall from the heavens. 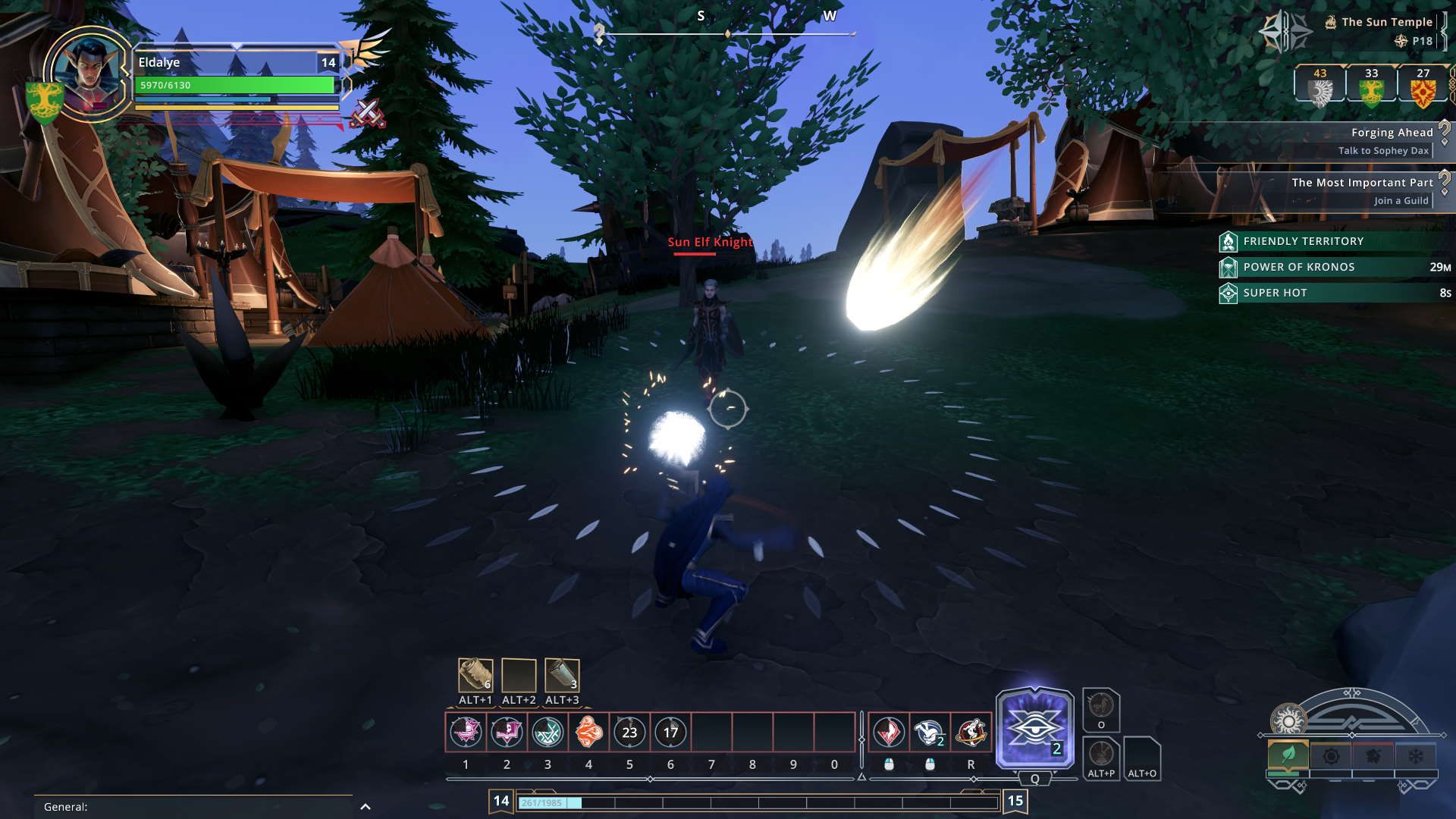 It's a shame too. In a game that is really selling its PvP mode as it's main feature, the combat needs to be completely solid. Yet right now there just isn't enough to keep me excited. The lack of any real weighty feedback really is a detriment. And I get it, adding animations or changing how movement feels and works isn't a small undertaking, but I do believe by giving combat that feeling of heft, that feeling that it is something more substantial than a mild camera shake and a short summoning animation, could make all the difference in the world for me.

And it's a shame, as I'm enjoying the world of Crowfall thus far. Learning the ropes, the attribute and talent system, and even admiring the names of my fellow Crows (seriously, a Guineacean named Lemmywinks had me laughing for quite some time yesterday). But in order to keep me long term - and I daresay players who feel as I do - Crowfall's devs need to figure a way to add that impact into their combat.

How about you? Are you a fan of the combat thus far? Is there anything you'd change? Let us know below.