Dying over and over can be frustrating, but in Final Fantasy 14, it’s just part of the progress — and that progression is literally what “progging” means, right? Fortunately, I’m pleased to announce that I’m lucky enough to not only have fallen into that trap, but to be enjoying it.

Endgame raiding is the centerpiece of the FFXIV… well, endgame. Taking on the high-end Extreme, Savage, and Ultimate raids is no small task by any means. It requires absurdly high equipment levels, in-depth knowledge of your job’s toolkit and rotations, and, normally, preparation for the bosses by way of studying the fights in advance.

In practice, these should be the primary tools one needs in order to enter endgame raids. But when it comes to actually finding “statics,” the unchanging groups that players join in order to play and learn, the stories become more terrifying.

If you’re not in a Free Company that has statics, chances are you’ll be searching through Party Finder or recruitment websites, hoping to find a team that’ll accept you as you are. It’s even worse if you haven’t actually raided before, as many statics want to see your logs, which require third-party tools, which can be annoying to set up, and… yeah. But it’s easier to hear the complaints than the praises, and many do find their place with others. 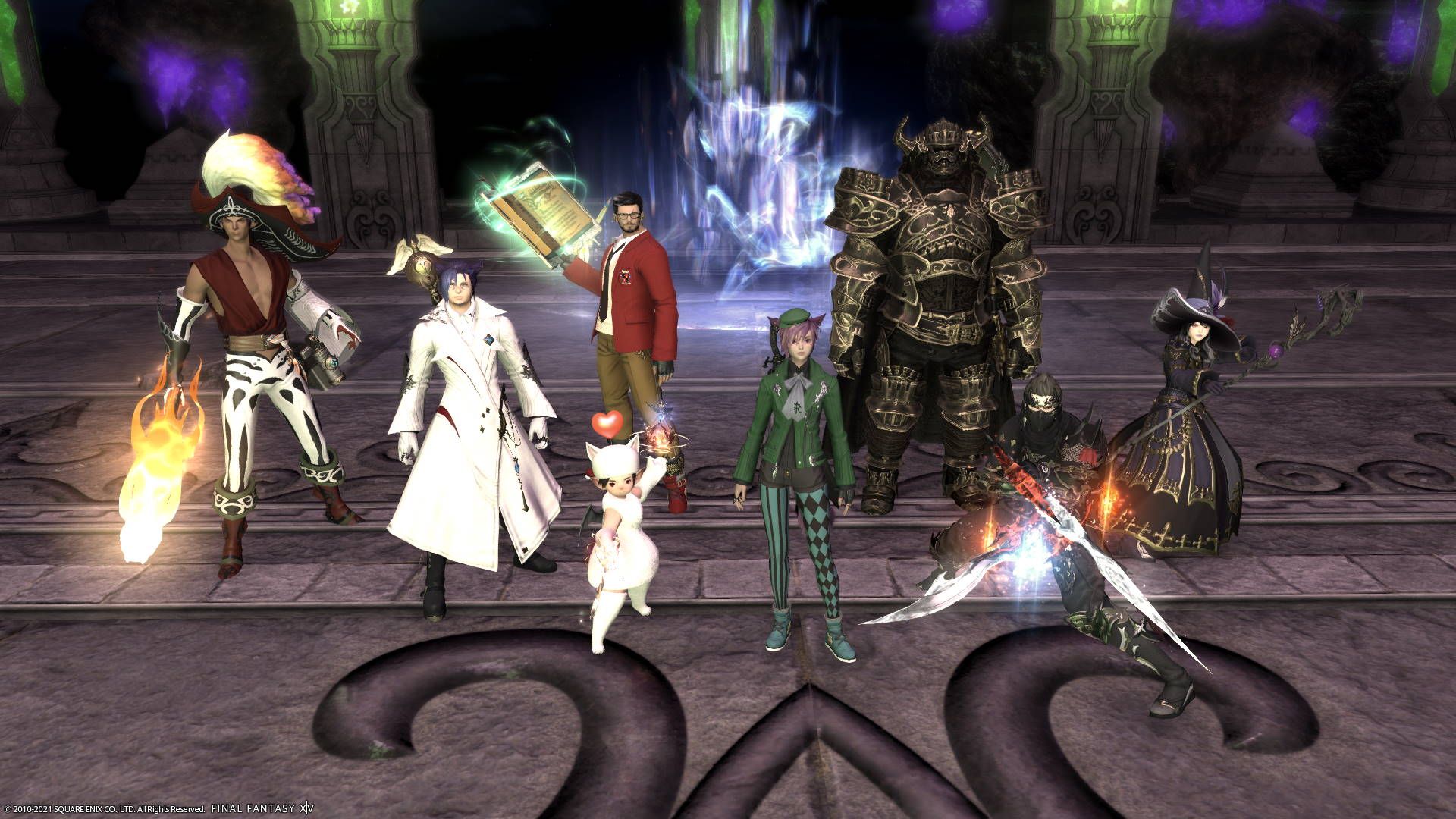 All this said, yes, I did end up finding a static. And yes, we have a lot of fun.

Content-wise, I’ve rolled in Crystal with some friends who are part of a small, tight-knit Free Company on Mateus. Late last year, a lot of us declared intent aloud to finally, finally do some endgame raiding. Saying you want to start a static in FFXIV is a lot like saying you’re going to start a Dungeons & Dragons campaign: someone says it, everyone says it, and then you engage in the messy setup attempt period.

Sometime in late December or early January, we finally gathered enough people with a common date, and thus our stack was born! Thankfully, unlike D&D, this ordeal doesn’t really require a Dungeon Master, but we were fortunate enough to nab a raid “leader” who was nearing completion of all the content we were about to approach.

Thus, Stack On Rer was born. The name was lovingly chosen in reference to our normal-level raid runs, in which we’d all stack on our healer, Rer, who’s sort of our co-leader now in our raiding ordeals. (He’s also the omnicrafter who yeeted a bunch of endgame equipment at us, THANKS RER.)

If this were a video essay instead, I’d insert a montage of us constantly dying and constantly messing around. And the lack of detail to this part is a blessing in disguise: we get along really well. I think it’s, in part, because we’d run content in the past and knew each other’s idiosyncrasies. 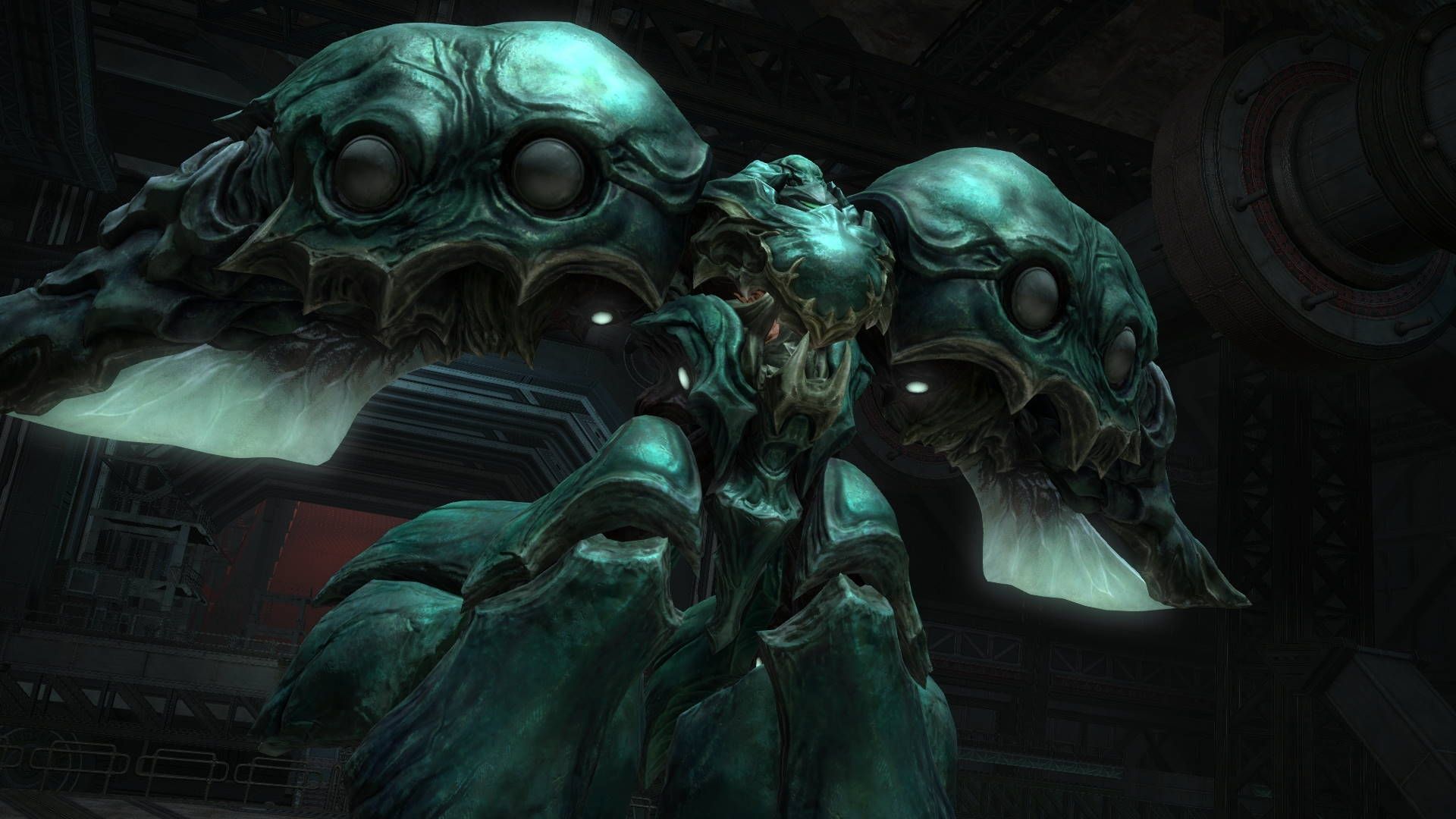 The content itself is really fun, too. I enjoyed the hell out of Emerald Weapon’s Extreme form, and while it was frustrating to learn E9S — that’s Eden, current raid tier; 9, the ninth in the series; and S, Savage tier — it re-executes a lot of interesting concepts from the normal raid tier in ways that justify placement in more difficult tiers.

I have to constantly point to the fact that for a group doing “hardcore” endgame content, we’re really, really casual about it. While I’m in charge of parses, we don’t really talk about our numbers past a few words; most of us quietly take the logs and study them ourselves. There’s no real raging, and we ask a lot of questions (and sit through a lot of lectures) when we mess up.

A weekly stack has also been a fantastic activity to help ride out the first part of the hellish Pandemic Year 2: Electric Boogaloo. We don’t dedicate much time, but the way we do has become a ritual. I personally grab some drinks, and everyone shows off what their food of the week is (if they choose to accompany their raid time with such).

Thankfully, we cleared E9S about two weeks ago, after six weeks of progging! Which means we move on, re-clear E9S so we can get better loot for everyone, and continue on to E10S, where we’ve been progging formally for a week.

And frankly, I’m excited for more.

If you haven’t approached endgame raiding yet, you’re probably reading this in the hopes that you’ll know whether or not raiding is for you, based on my measly experience so far. And further, you’re probably uneasy about whether you’ll be able to keep up in a way that matters. I get it, FOMO is pretty intense, and FFXIV isn’t exactly clear about what to do in the endgame.

To answer the question in a more straightforward manner, I have, really, the most simplistic approach to these matters: if I’m not having fun, what’s the point?

For me, personally, I’m fortunate to have just enough friends, two raid leads who respectively know the raids and help us be prepared, and the desire for a regular weekly activity that feels rewarding. There are constantly a lot of laughs, and the improvement for everyone is what counts. 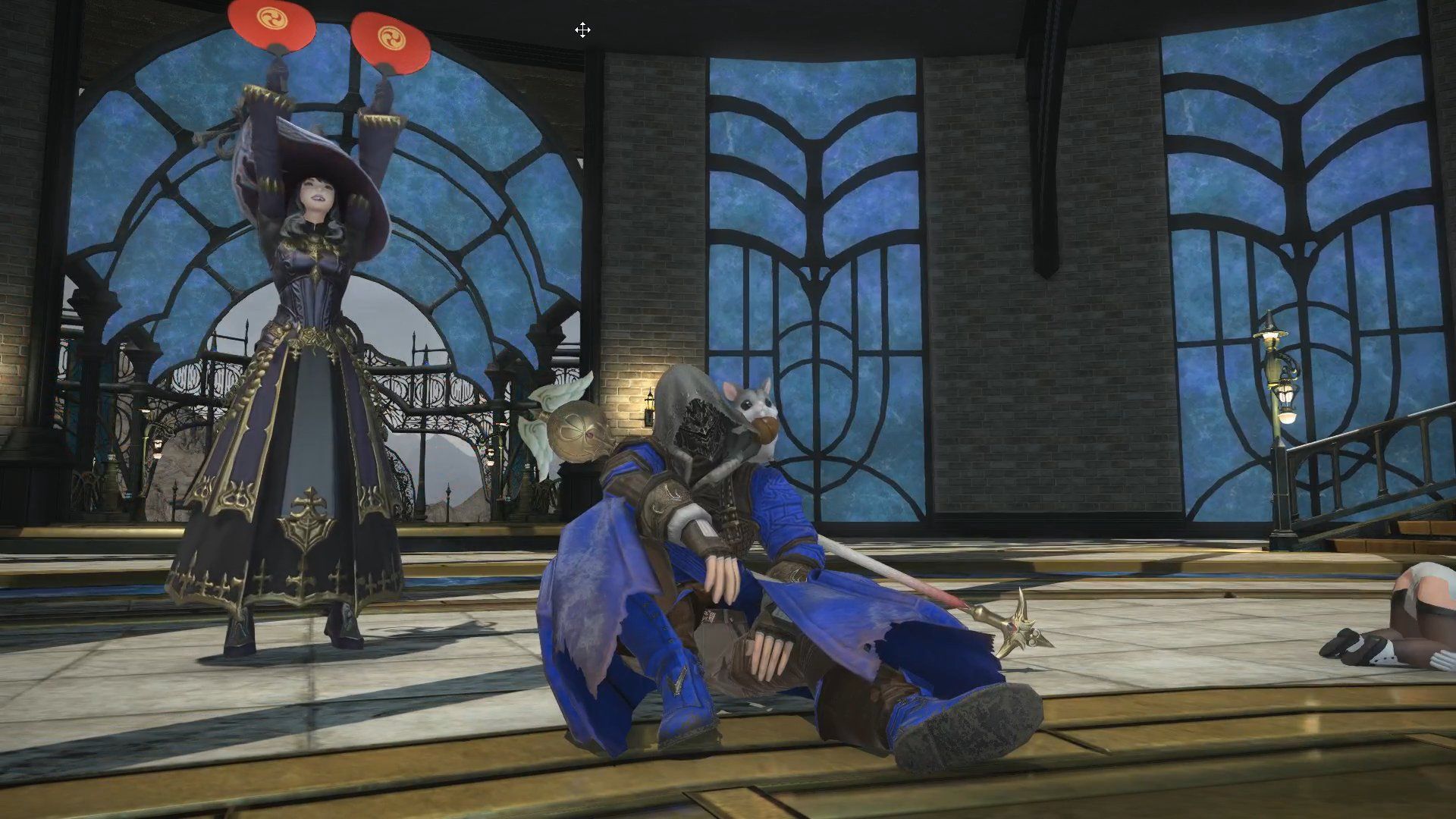 Beyond personal details, the truth is that keeping up with current endgame raiding isn’t really for everyone, the same way “hardcore” gameplay in any other MMORPG or genre, really, isn’t for everyone. MOBAs aren’t for everyone; climbing FPS rankings isn’t for everyone. It takes a lot of practice, frustration, and more importantly patience to do high-level content in any “competitive” game, even if it’s just high-skill PvE.

In short, if you’re going to give it a try, give it a try; if you put in the effort to ask around, maybe you’ll find a group that you like. If you don’t like your group, find another. And don’t feel guilty if it’s too intimidating to search, and go through the grind, and practice week after week, because it’s a lot of dedication.

As for Stack On Rer? Now that our static’s found our groove, we’re in for a long ride until our whole squad’s stacked with that sweet, sweet 520 gear. (Or until it’s time to beat up Lahabrea instead.) I’ll keep you all on MMORPG posted, especially if and when we get past each new tier; we do weekly raids, and usually stream our attempts, too. In the meantime, for other FFXIV players — have you tried endgame raiding? What other endgame content have you enjoyed in FFXIV?