If I sound like I’m coping or something, I probably am. To be honest with you, MMORPG.com reader, I am worn out from doing Puppet’s Bunker, the new NieR franchise-themed raid twice in a row on its second day of release. Yes, twice, consecutively, with only a short twenty-minute break to round the troops, the troops being my friends who put up with my bad jokes on Discord. Each run was about 75-80 minutes long.

Once again, I am not complaining! Puppet’s Bunker is an excellent raid. But it’s very long and difficult as a Black Mage player because I literally could not catch a break! Nor cast a spell! 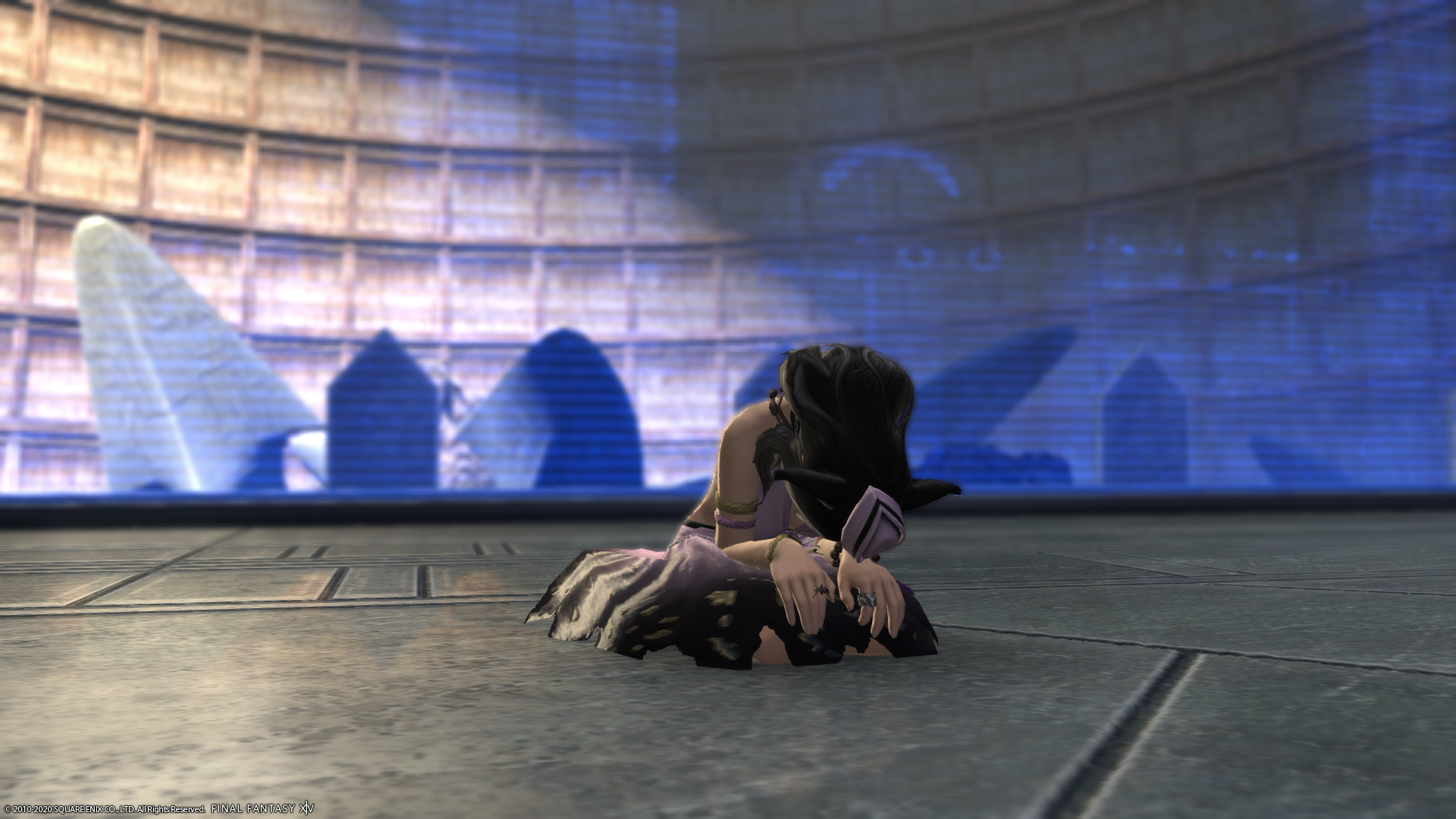 So I want to think Yoko Taro and Yosuke Saito have something against Black Mages, but for one, apparently it was the FFXIV team who came up with most of the raid mechanics. Plus, having played NieR: Automata, that’s just how the combat goes. What I loved about NieR: Automata combat is absolutely the movement and flow of it. It’s practically a hack-and-slash if you play your cards right, but the bosses also have constant, massive attacks that keep you moving.

That’s literally the exact f**king opposite of Black Mage combat. Black Mage is turn-based RPG combat distilled into a real-time action RPG. (Rose, Victoria. Black Mages Cannot Move, A Thesis. 2019.) I don’t mind that! I’m just here for the explosions. But it’s not the kind of combat conducive to content relating to an action RPG, y’know? Given it was still accomplishable as a Black Mage still, maybe I should just learn the raid…

. . .  Okay, sorry, you didn’t come here to listen to me whine about my choice of class while I refuse to cap any of the others. Unless you did! In which case, the comments are open and you can ask me to elaborate. But anyway… *shuffles through emails and notes* Cool, right, 24-player alliance raid that I died twelve times in. Opinions. 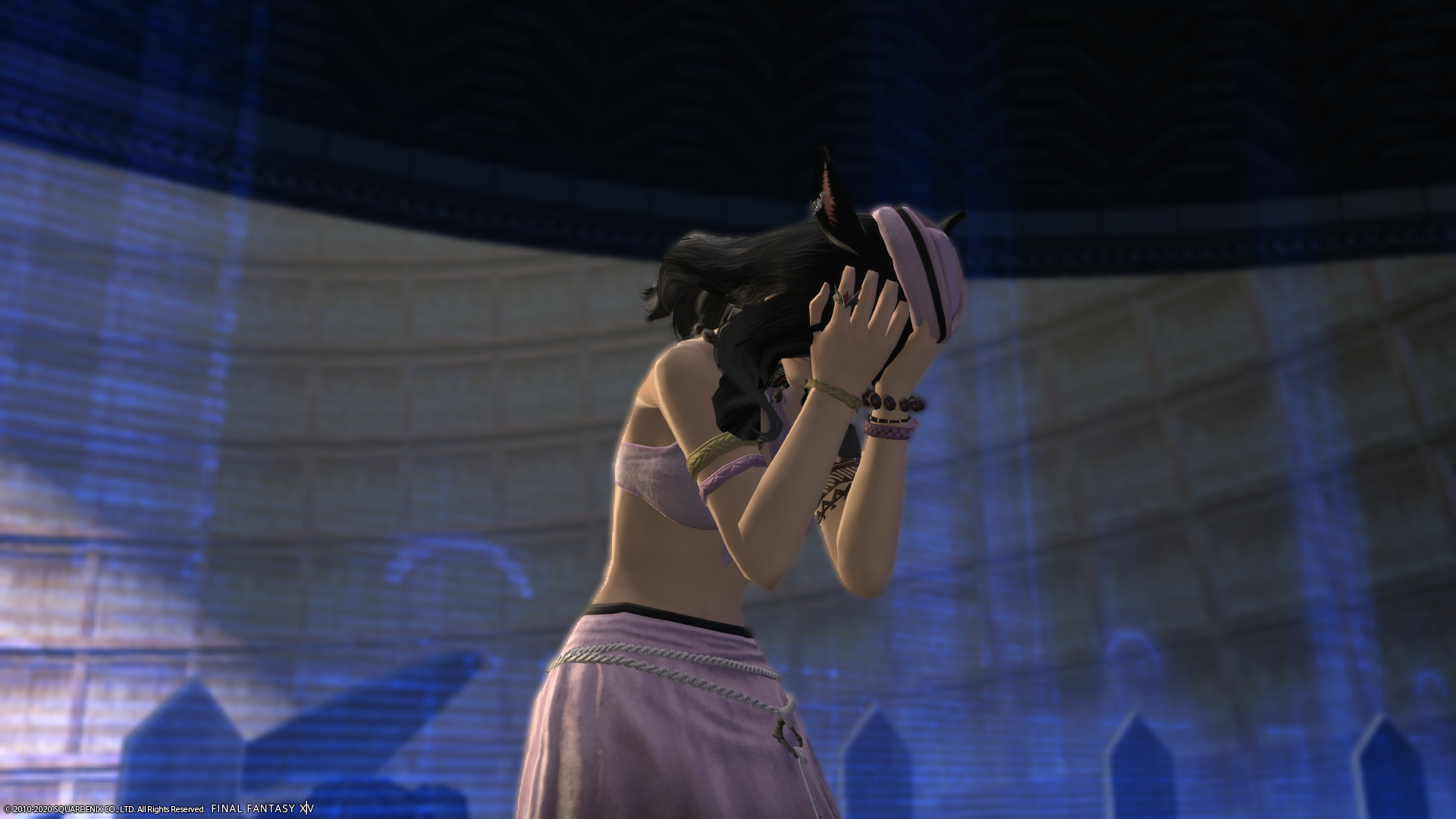 Puppet’s Bunker is really goddamn good. I actually loved Copied Factory as well, so I wasn’t sure if Puppet’s Bunker would at least be as entertaining. And yes! It did have very interesting, entertaining, and engaging fights. I don’t know if it was as good as Copied Factory, but it’s well more than good enough, so what’s the point in comparing here? I’ll only upset my brain at the nuances, and I’ll also upset some FFXIV players, somehow, I’m sure.

I don’t want to spoil the story, because it’s actually kind of hilarious. Did you think the original plot we were already running with was odd? You’re absolutely right, and the cutscenes are there to affirm it. It’s a clever series of events, one that checks out as much in NieR lore proper as it does in the line of thought of, “Yeah this definitely was spearheaded by the NieR team.” The good news is, there’s far less red tape this time around before the raid, so you get straight to business pretty fast. 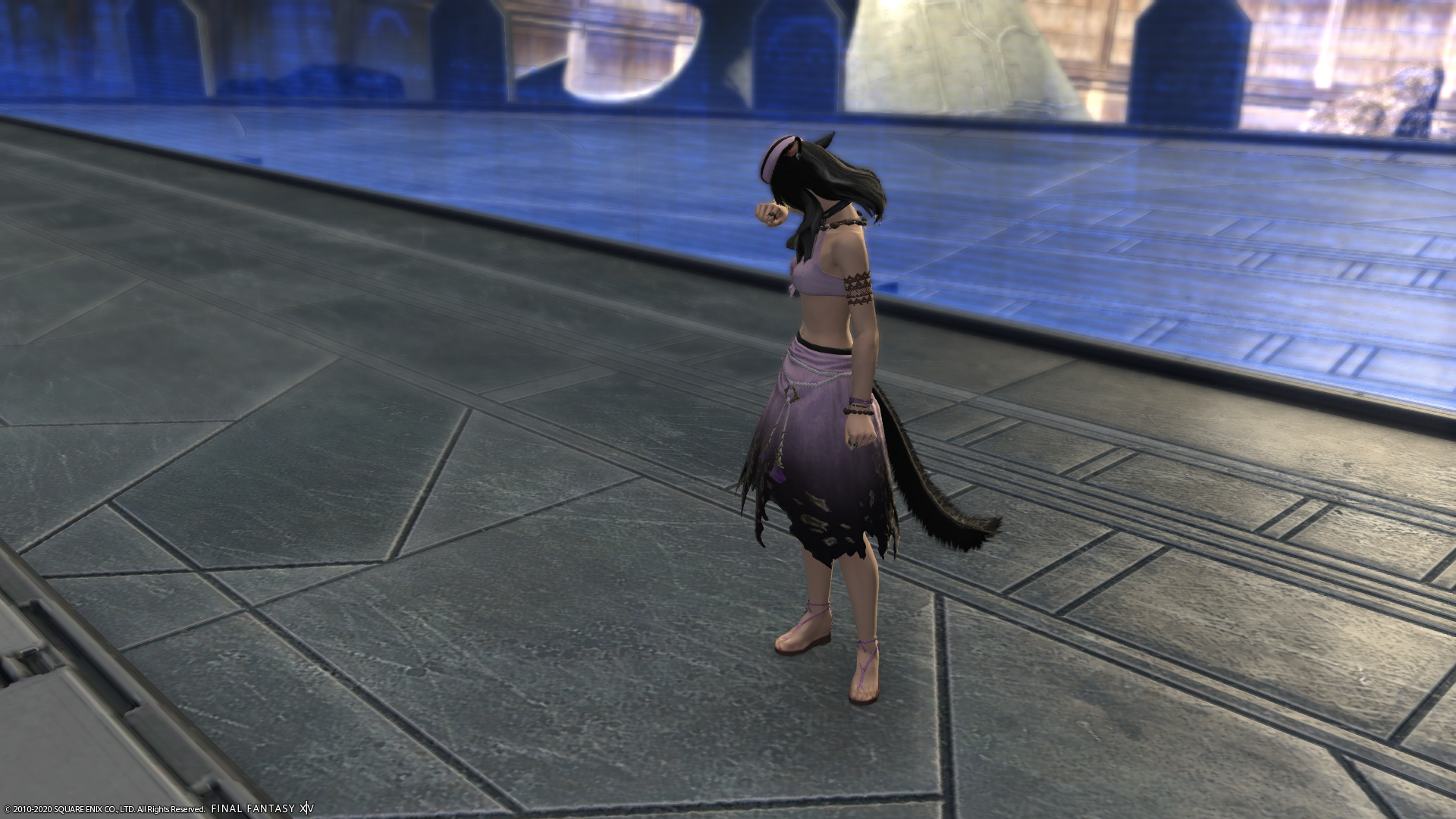 There are some really clever mechanics spread across mostly unmemorable bosses and enemies. I enjoyed one that mildly deceives you into thinking the map is fully sectioned off by Alliance. One non-boss section, immediately preceding the final boss, was an interesting take on classic FFXIV dungeon mechanics. (Except I couldn’t do anything, because it required constant moving.)

And “clever” alone doesn’t do it justice, as Puppet’s Bunker battles are “challenging but fair,” designed precisely to give even non-Savage players a good time. There aren’t any tricks where I went, “Wow, that was utterly terrible. Who designed this?” This approach was what also made Copied Factory great — mechanics that kept your eyes, ears, and mind alert, and that reward you for noticing the small details. Said details will appear pretty much anywhere and cleverly utilize the environment and boss designs.

And of course, the music absolutely bops. Spoilers, but Yoko Taro’s most dedicated followers will absolutely recognize certain motifs and tunes. 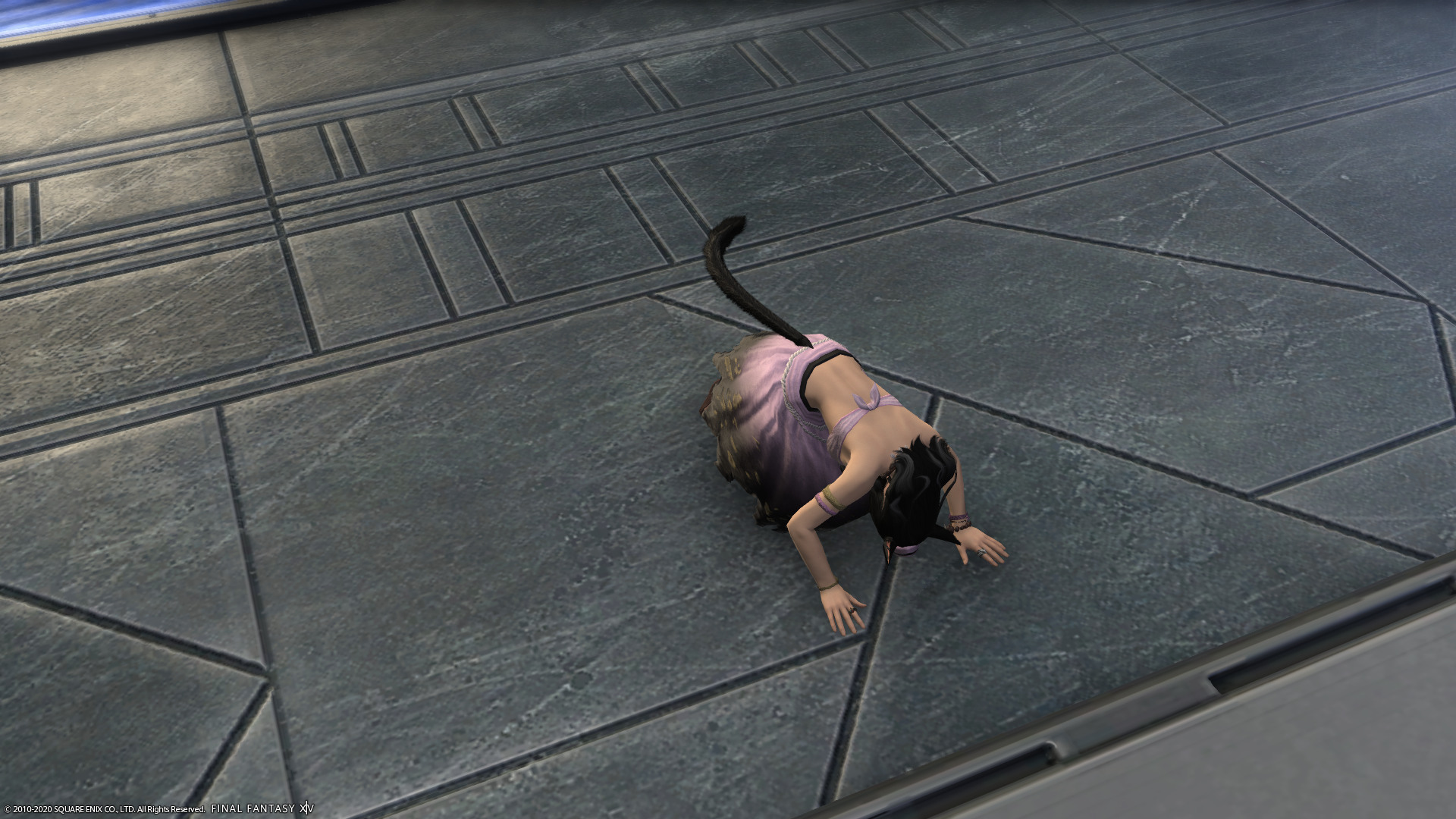 In short, the NieR raid series continues to be a fun adventure for anyone who’s a fan of action RPGs, or FFXIV players who want a challenge but are too scared to do anything as high-level and socially intimate as current Savage raids. My friends and I all had a conversation about how impressed we were as we dined on the floor. And the items are neat, too.

I really can’t say much more without spoiling it, besides the fact that you should absolutely give it a shot. (Like me.) So please have these artistic photos of my character expressing how I felt after my alliance managed a no-wipe run in my first attempt despite my dying about a dozen times: