I’ve been playing Guild Wars 2 since it released in 2012. Well, really since before it launched because I played during beta, either way, though it’s been a while. How much I play has waxed and waned over the years, but I’ve always happily kept up with it. GW2 is the epitome of the perfect hop in and out of game. However, I’ve noticed my drive to play, has recently cratered. I haven’t even finished the latest story update, which most of the time, is what I look forward the most. After thinking about it a bit, I think I’ve figured out the three main reasons driving my malaise.

The Story isn’t Connecting with Me 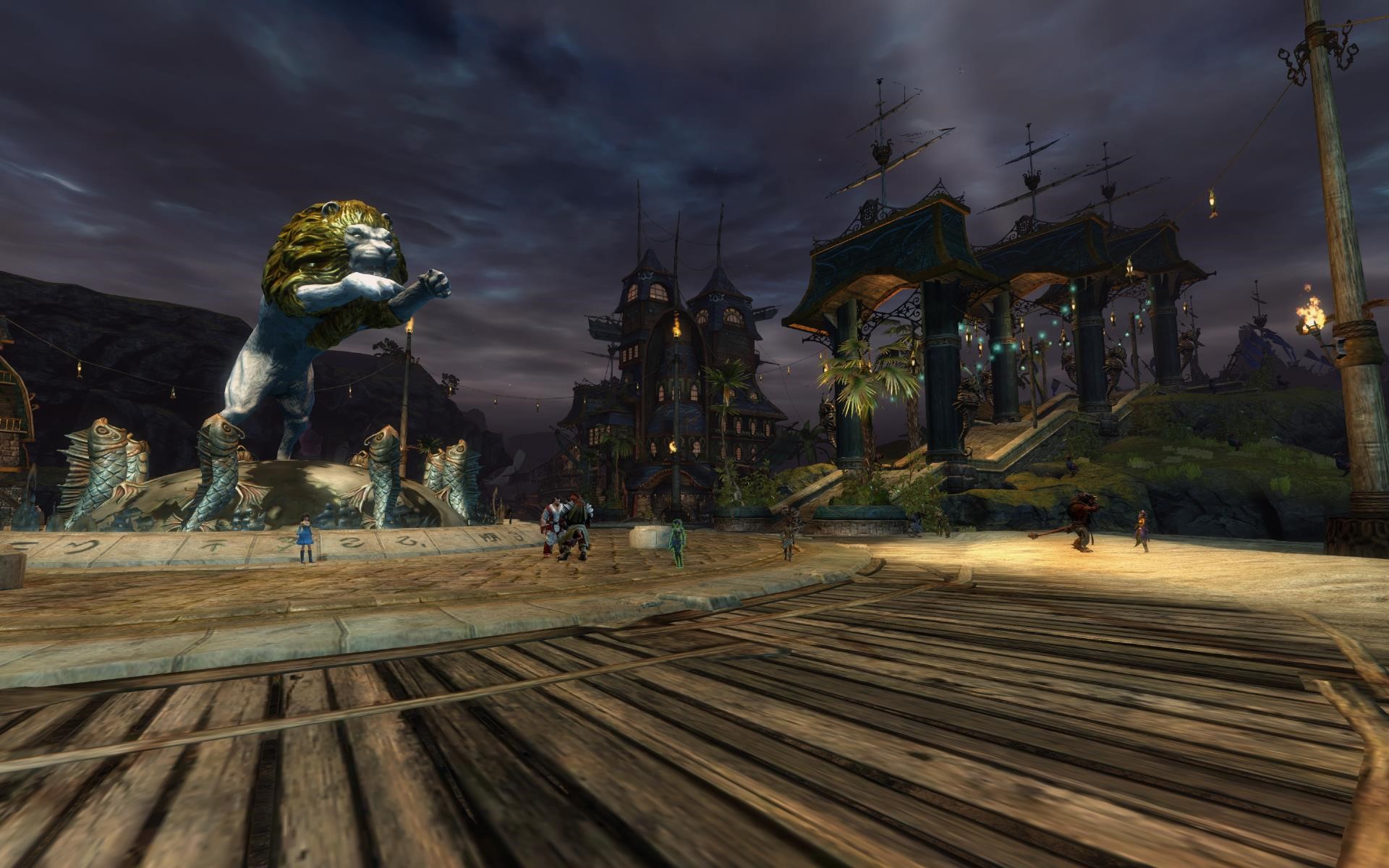 Initially, Icebrood Saga was incredibly exciting to me. The whole set-up, which showed how some people would feel threatened by someone having “control” of an Elder Dragon, was intriguing. There were quite a few people who weren’t ok with us having a baby dragon in the first place; now that she’s all grown up, that’s far more intimidating. Of course, the way Bangar is reacting to this perceived threat is still crazy, but his motivations are understandable. I also really enjoyed Braham getting drunk and losing his mother’s bow because now he and my Norn have something in common.

Even though the strike mission in Visions of the Past was really long, I enjoyed that update as well. It was refreshing to get a better understanding of who each of the members of the Steel Warband is. Getting to hear their perspective and why they are so loyal to Ryland was also helpful. Additionally, everything with Bangar and Almorra in the caves after was amazing. Literally, that whole episode had me excited to see what would happen next; and also wanting to get my hands on Bangar because he’s terrible. 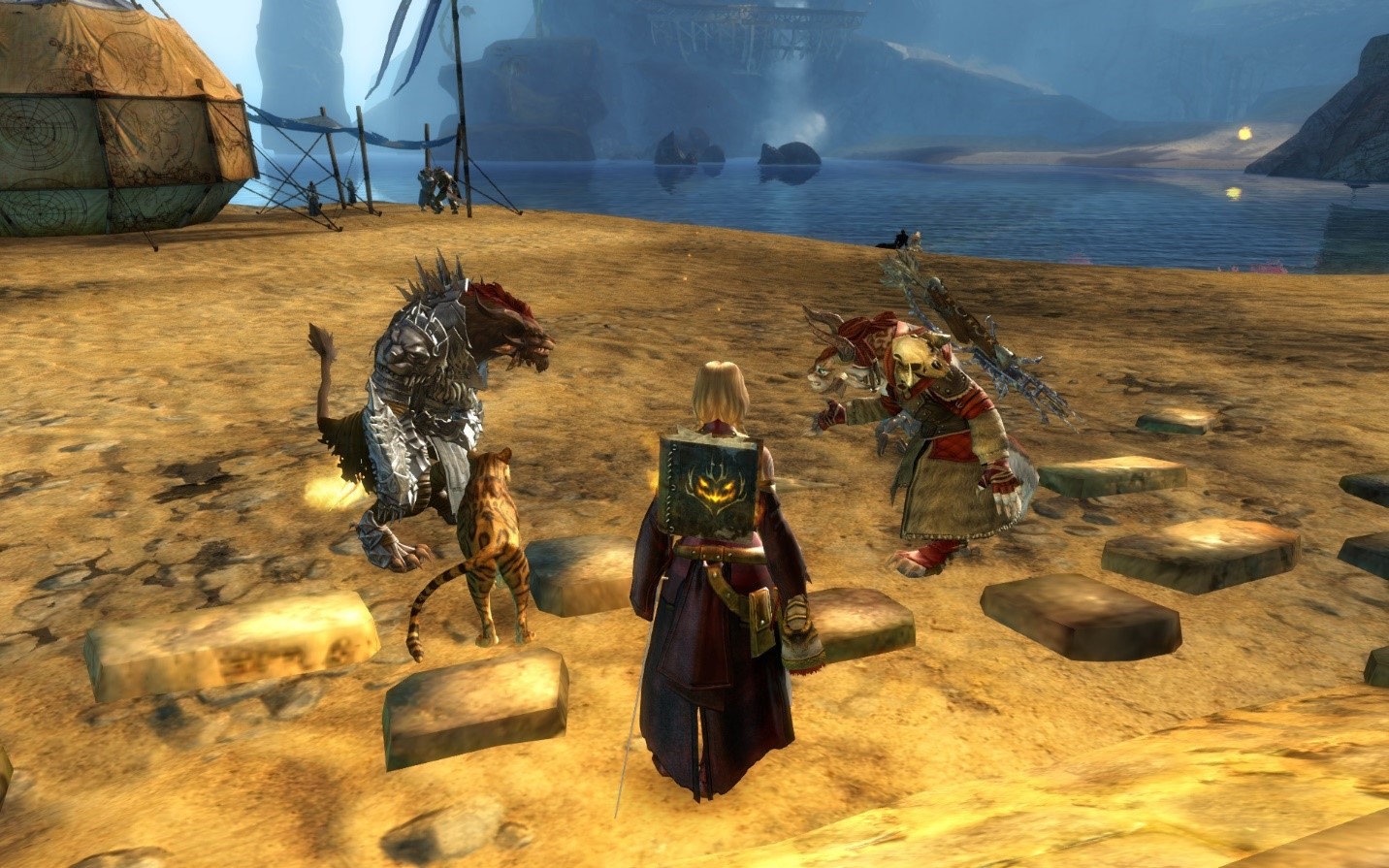 No Quarter was still quite good and had a lot of great moments which I wasn’t expecting and sort of gave me some good gut punches. That said, it did suffer from having no voice-overs. It was just too easy to miss significant bits of dialogue while trying to take in everything which was going on. One of the real strengths of GW2’s story is there is always a lot going on, even in the story instances there are tons to look at. Having the voice-overs present adds another layer of realism, which resonates with me. I am good at processing different streams of info if they are coming across in two different mediums. In the current state, too much of if the info is purely visual.

Knowing all of this, I went into Jormag Rising a bit apprehensively because I knew with the lack of voice-over, I’d be experiencing the same struggle. Things got off to a rough start right with the initial mail sent to start the episode off. I was still reading that mail when I realized I was being talked to through the communicator and had missed most of the conversation. Thankfully, I could scroll up on the chatlog and read what I had missed. It just started the whole episode off on the wrong foot for me. Since then, I’ve been slowly working my way through everything, but I don’t feel any drive towards finishing it. Voice-overs are on the way, though, so hopefully, that will change things around for me. 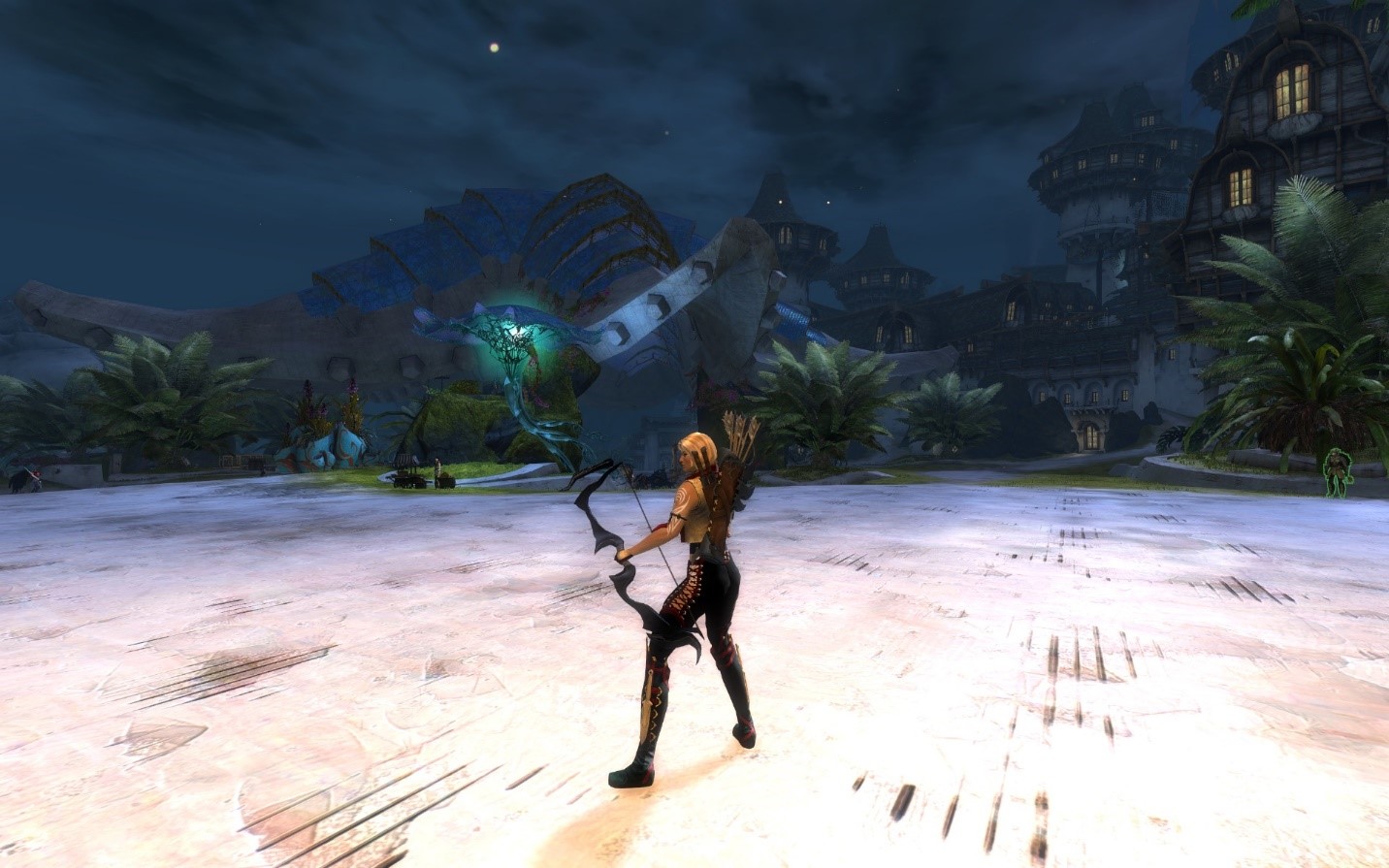 I have always loved the number of projects I’ve had to work on in GW2 and the fact that even if I only had a short amount of time to play, I could always progress those goals in some way. This hasn’t really changed, but I don’t have to drive for any of it currently. I’ve been on the last step for building Howler for ages, and I just can’t bring myself to do it. All I need for the Gift of Mastery is the Gift of Battle, but most of the time, I don’t want to hop into WvW these days. All of the reasons for that could fill a whole separate article. Gathering the crafting mats feels like an endless grind that feels like I am never gaining on.

I could work on my Gryphon and Skyscale because I have been incredibly lax about both of those, but as cool as they are, I don’t care that much. Nothing about not having either of them is particularly restrictive, and it’s mostly a case of there’s so much I need to do to get them that it feels like I need to invest a ton of time into them to make any worthwhile progress. This is kind of a messed-up viewpoint; I can’t seem to break myself out of it. In the case of the Gryphon, in particular, there’s also the matter of needing to buy ten things which will end up costing me 250g. I currently have 34g, and all of the “good sources of money” activities don’t appeal to me. So, the Gryphon feels like an impossible goal. 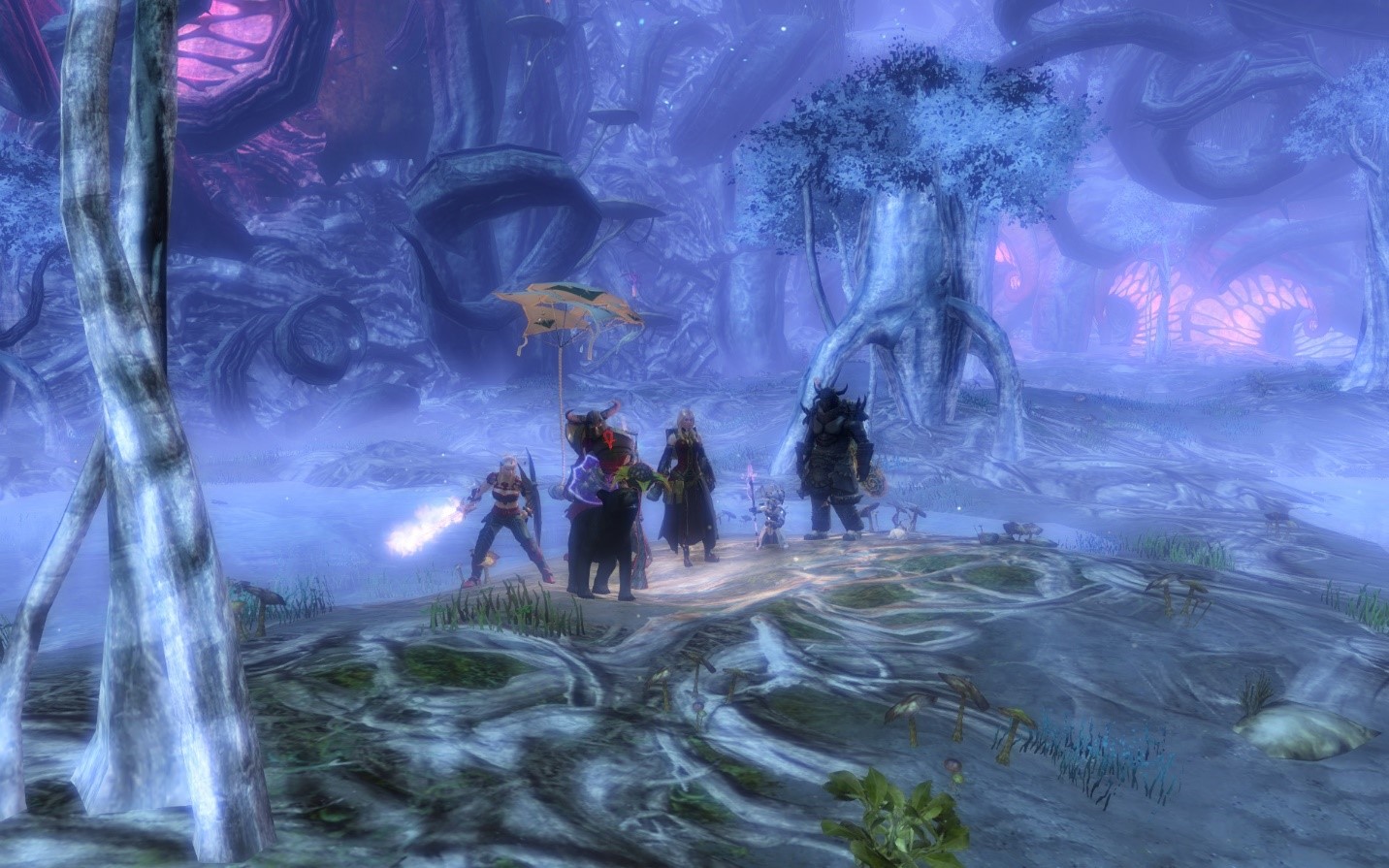 What’s in a Guild?

When I think back to when I was most happy playing GW2, I always go back to when I was in active guilds. Meeting up every week to do guild missions was always a blast, and I took part in them long after there wasn’t anything for me to get from the guild token vendor just because they were fun. But guild missions haven’t been updated, or added to, in years. The whole reason my guilds stopped running them was they just were too repetitive after a while, which reduced the fun of it immensely. This is sad because the system seemed ripe to be added onto, especially after Guild Halls were added.

It isn’t just guild missions I miss but also having regular playtime with friends. There always used to be plenty of people online to do random dungeons or fractals with, or just any old random thing. All of my guilds are currently really quiet, and there are generally only one or two other people online whenever I’m on. Even back when my guild had a short-lived go at raiding, it was still a lot of fun. Just having something to work on jointly helped glue me to GW2. I miss the social aspect. 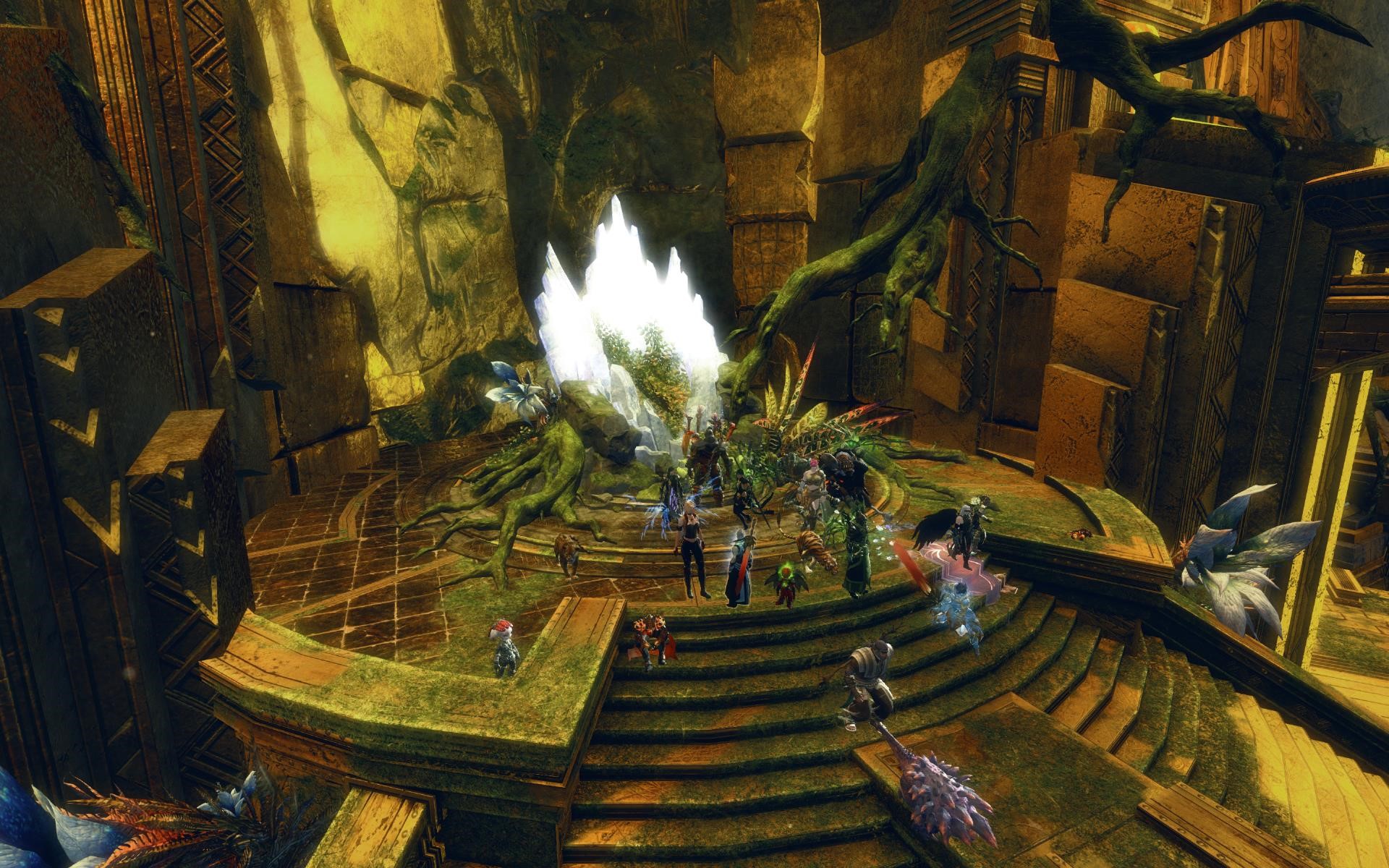 I know the guild piece isn’t entirely ArenaNet’s fault. I could go and find a new active guild to join, but I worry I won’t be able to keep up with any activity requirements because I’m sort of already ridiculously busy all the time. But I honestly can’t work up the energy to one find a guild which might fit with my particular personality and also getting to know new people is exhausting, and I’m already running on fumes most days. So much of life is exhausting daily, I’d just like to log in and play with some people and do whatever I want and feel like I’m making progress on something. But these days, Guild Wars 2 feels like the opposite.