One of the things I've noticed as I've logged into the same game worlds over and over again throughout the years is the normal child-like wonder I held for some of the worlds seems to have been blunted a bit over time. I came to really fully recognize this when talking to a childhood friend of mine who is getting into The Lord of the Rings Online for the first time, streaming her escapades on Twitch since late last year.

I've been joining the streams, playing along with lower level characters and taking in the Epic storyline, and it's been rather enjoyable. In fact, I've been more into LotRO through these streams than I have been personally in some time (I know, weird since I'm always referencing it in my editorials, right?). However, as much as I'm enjoying the romp through the lower-leveled zones, I've noticed something that is a tad bit depressing, especially for someone as enthralled with Tolkien's world as I am.

They've lost some of their magic.

That's not to say that these zones aren't beautiful and charming in their own right - they very much are. But I've noticed I'm no longer fawning over small details or places I've only read about and seen on dusty maps inside my different volumes of The Lord of the Rings.

I remember the first time I came upon The Shire in The Lord of the Rings Online, 13 years ago. I was blown away. A zone that took most people a few days at the most to level through took me weeks to explore. I wanted to see everything, from the iconic Green Dragon Inn to Bag End. Standing at Woodhall where the Elves camped with the Hobbits in The Fellowship of the Ring was a dream of mine, and looking up at the sky and seeing Menelmacar, or the Swordsman of the Sky, looming high above me is a moment I won't forget in gaming.

However, when I was with my friend as she was going through these zones, sure I was pointing out these places, but the magic of them had waned over the years. This was made all the more apparent when she started to freak out seeing these places and people she had read about or knew from the Jackson trilogy.

Last week she met her first Ent and was rendered speechless. For me, Ents are a normal thing now. Just another race in Middle-earth I've helped before. Same with the Eagles as well as the iconic Elvish characters from Tolkien's legendarium. Seeing Glorfindel in all his Elf-lord glory was so cool years ago. Now, Glorfindel feels like an old friend I've met up with at Rivendell's local pub for a pint.

I've noticed something though: Through adventuring with my friend who is new to LotRO (and most MMOs in general), this has started to rekindle some of the old magic for me, though in a different way.

I consider myself a Tolkienist, or someone who studies Tolkien's work with the same type of energy a scholar might pour over a historical document or other non-fiction source. I'm passionate about the world that the Professor created, especially how it's portrayed in entertainment media like games and movies. One thing that means is usually when someone has a question about LotR itself, they ask me if they're friends or just random people on Twitter (my handle is LOTRLore, after all). 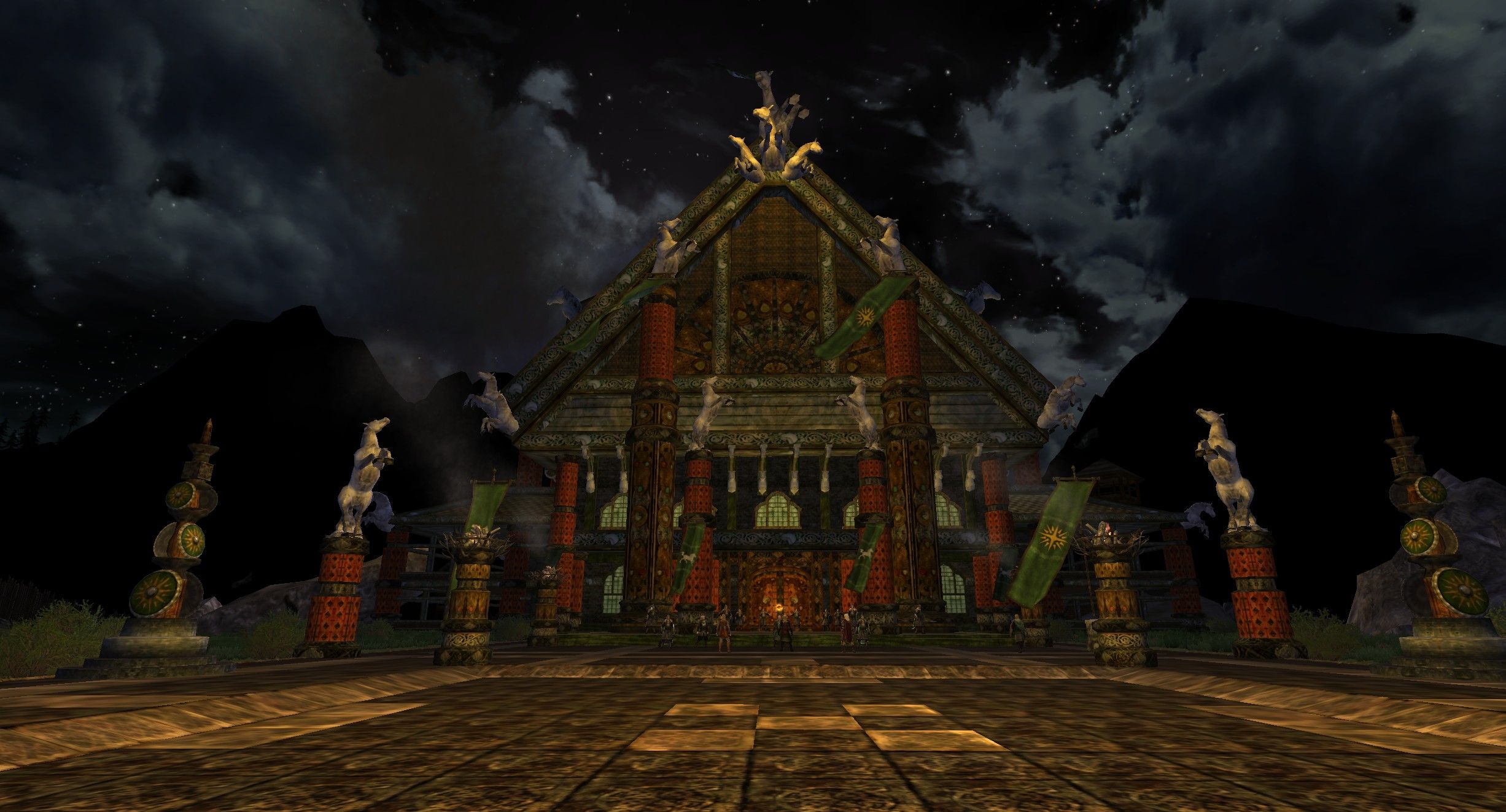 So it means whenever there is confusion about the story or references made by characters that our stream group doesn't quite understand, it's my time to shine. Take last night as we quested in Evendim, the region which is home to Annuminas, the old capital of the unified realms of Arnor and Gondor. The quest giver, in this case we were talking to Gwindeth doing the chain "The Blade that was Broken" kept referring to the Kings of Arnor. However, if you've never read the books, you might not know what Arnor was.

So I dove into a brief explanation of the region and history of why the region is important, especially in Evendim, and it brought more context to the quest for my friends. It made me feel really good to be able to bring that understanding to them who, in turn through their own child-like wonder at every new encounter in Lord of the Rings Online, is starting to infect me again.

I've noticed this in other games as well. The Elder Scrolls Online saw this same kind of magic for me when it launched years ago. Going to Corral, Anvil, Riften - all of these places brought a certian level of nostalgic magic to the experience. That was at its height during the Morrowind expansion, as seeing Vvardenfell recreated in ESO was an absolute treat, especially for someone like myself who correctly sees The Elder Scrolls III: Morrowind as the best mainline game in the series.

However, that really hasn't been replicated in any expansion since. This "lost magic" feeling has really infected the game worlds I've traveled extensively over the years, and it's taking a toll on my enjoyment in some cases.

Thankfully, questing with people new to Lord of the Rings Online is starting to rekindle some of that old spark. Talking excitedly about Arnor or the history of Angmar and why its menace in the early days of LotRO was shadowing every storyline is providing a glimmer of that old magic, especially when I see the same excitement I exuded a decade ago reflected right back at me with my newer friends experiencing these stories for the first time.

And hopefully, in time, I can get back to Joseph of 2016, enthralled by his first vision of the Tower of Ecthelion in LotRO, or seeing Vivec City hundreds of years before Morrowind.

Has this happened to you? Do you experience this as well, or has the magic of your favorite game world been able to sustain itself with every log in? How do you rekindle it if it has waned, or do you just move onto another game?