A few months ago, someone in a Free Company I joined mentioned they wanted a house for the group by the end of the year. It was a seed in my mind that set a lot of shenanigans in motion.

Personally, I’d already given up on getting an in-game house for myself and gone for an apartment. But despite limited availability, the perks of a house for everyone, collectively, are too much to pass up. A dedicated Chocobo stable to color and train your loyal steed, room for a garden, discounted apartment-like “chambers,” and the submersible/airship system are kinda cool. Plus, where the hell else are we going to put all these seasonal outdoor furniture rewards? (How do retainers even carry those!?) The idea simmered for a while.

Then, not many months later, the team announced the addition of new homes, and I essentially nagged the FC leaders about the idea and came in with the research. And let me tell you… it’s a lot. There are in-game and out-of-game and client-but-not-quite-game considerations and preparations you have to make.

And frankly, many of these considerations exist beyond FFXIV itself, causing a lopsided purchasing experience even before you log in. I’m not really happy with that, and a lot of people aren’t.

In Final Fantasy XIV, housing is fundamentally a tough-love system, even just by official FFXIV standards alone. We’ll talk about the in-game requirements for getting a house first.

If you want a house, you’ll be spending at least three million in-game currency for a tiny “cottage” and land, forget saving for more. So I started crafting and gathering to learn how to accumulate gil. (Granted, I ended up only putting in 700k because so much went back into the process.)

There’s only a limited number of plots and “wards” (or instances) per server. Until last week, there were only 5,040 plots. That’s 30 per “division,” two identical divisions per ward, 21 wards, and four unique housing areas corresponding to major cities. In the absence of a wave of new houses, people will literally camp for these plots, using bots or just sheer willpower to lurk newly-cleared spaces. 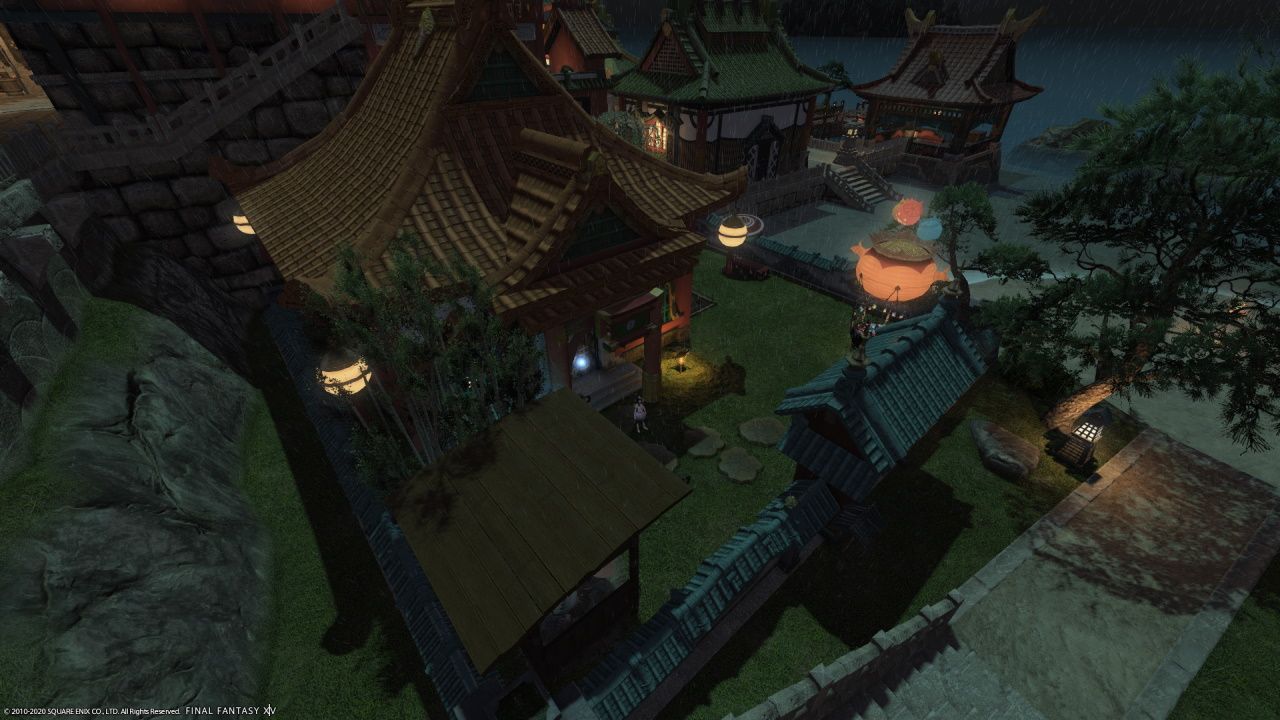 Especially in outstanding times like these, the addition of a new ward is a huge deal right now. Each server gets 180 new houses per themed area, for a total of 720 new houses in the entire server. And there’s no “priority” like there is for old resale plots.

So… you can imagine things are gonna get a little wild.

And they do get wild. Each housing drop is followed by what fans endearingly and loathingly call “Housing (Savage),” referencing the Savage difficulty tier of raids. That is, much like Savage raids, aside from the bare minimum requirements to getting the content, success is 100% dependent on how players, well, play it. And obviously, the success rate is inherently pretty low.

Now, if you haven’t been exposed to this process yet, dear MMORPG.com readers, you’re going to be like, “Victoria! What is wrong with y’all!?” And the actual answer isn’t for this article nor maybe even the site, but my answer for this purpose will be, “Look, I’m not the only person doing this, so it’s necessary for the cause.”

Spoiler: an FC mate and I snagged a small Shirogane plot. Which means I have earned the privilege of outlining these… observations about the process.

The most obvious is that it’s a literal rush of players. If you’re involved, you do the following: One, pray you log into the server soon enough. Two, click hyper-precisely into the ward of choice in a specific order. Three, book it to your plot of choice. Four, pray it’s not taken (and check accordingly). Five, either click to purchase; or, run to the next plot of choice, rinsing and repeating steps three to five. If you’re lucky, your third choice isn’t someone else’s first choice, and you get a plot.

The considerations involved are far more detailed. For one, you have to be a meticulous and specific house-shopper, with several choices and back-ups.  Next, you have to know your exact route to your plots. For most areas, you can wait outside the residential area for peak speed so you can go straight in with little issue.

And similarly, you need to know exactly where to click to get into the district. I’ve seen pictures of people with sticky notes pointing to where certain menus place their buttons. Plus, I was advised to put my status as “busy” so nobody can interrupt your button-clicking by initiating an item trade.

If that isn’t enough, it turns out the most important thing is actually loading into the server itself, as soon as possible. This is where we start moving away from the game itself, and into more physical, real-world considerations. For one, my FC mate and I had to get up at 5 AM (11 AM for her, thankfully) to actually get into the game on time. I had to refresh the launch client a few times, then log in once, crash out of the game, and quickly re-insert my login details to re-enter. 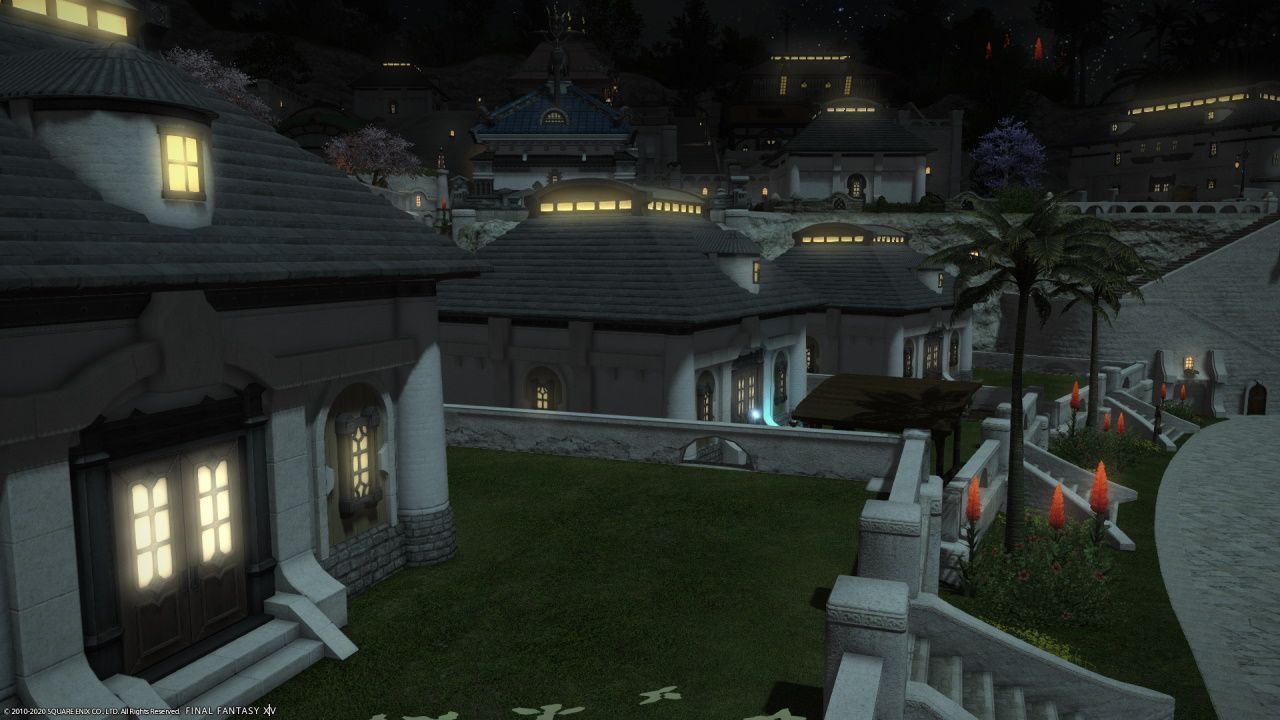 This is where I’ll lay out my biggest concern bluntly: I was absolutely able to get this process done because I have a solid state drive, a good graphics card, and high-speed city-grade internet at an hour in which nobody’s clogging the bandwidth.

In other words, even despite an initial client crash, which required me to log in again, I was able to catapult myself into the game and server with practically no technical issues on my end, because I had the hardware for it.

How fair is that? About as fair as the rest of capitalism. Meritocracy, as we know now, isn’t really a meritocracy. I may say that our Free Company earned the house fair and square, but as the person who snagged the plot, I had a lot of factors working in my favor. Between a low-population server, a good computer, a functioning internet service provider, and a FC mate as backup, I wasn’t actually particularly worried.

A lot of players are playing with unique circumstances that add to the difficulty. Not the least of these is being on a high-population server to be with friends and Free Companies, where it’s near-impossible to even breathe towards an empty plot without being overwhelmed by bots and fellow frustrated players. Or, players get crashed out of the client and return to a thousand-person queue when there are only 720 plots opening. 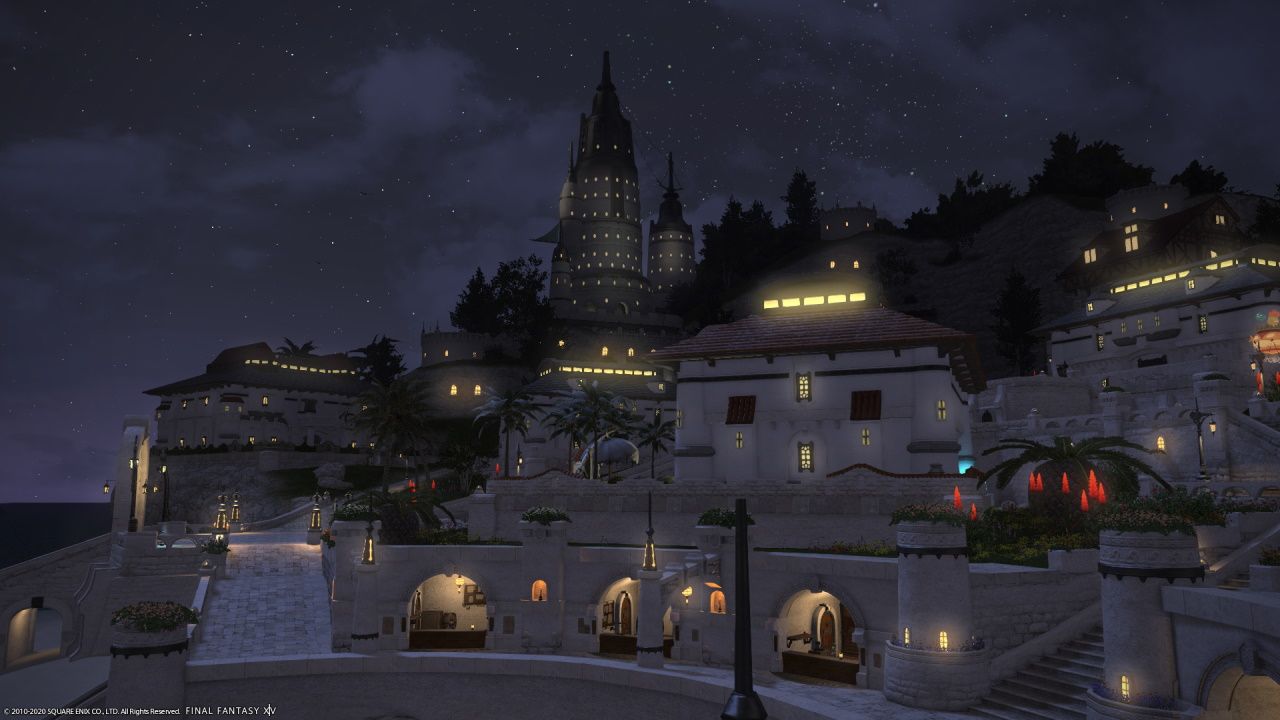 So frankly, I don’t think players who didn’t get a house are entirely wrong to be salty about everything. It’s a pretty broken process overall.

That’s not to say I’m not proud of the work done in order to acquire the house. My FC mates raised most of the money, and the owners lightly egged on my house research process. One took the place of another mere hours before the rush so the original mate who planned the run could get up for work. I ran her through the “course” of plots I was eyeing—all Shirogane small plots, on the water.

Still, things going according to plan don’t make the system anywhere close to perfect. A system like this will never be truly perfect, true, but it feels unfair in the wrong places. I don’t think I should need an intensive plan for something like this. I shouldn’t need to worry about a hard drive versus solid state drive for something that locks players out of so much opportunity.

Maybe they’ll lift the pandemic housing freeze soon, and dozens, if not hundreds, of abandoned plots will be up for sale on each server. Maybe instead, they’ll come up with instanced housing, so we can put down all this damn seasonal event furniture. Alternatively, they can find a way to enable cross-breeding in apartments instead of forcing you to own a house and garden to grow certain exclusive Botany items. Or speaking of apartments, they’ll find a way to incentivize apartments more—maybe with submersibles worked on by intra-building clans.

Until the FFXIV team finds a good solution, all we can do is sit on our hands and frown. In the meantime, I’m going to appreciate the hell out of this house, grow some Glazenuts for myself and my friends, and try to help save for an upgrade to a medium plot. ...If we can find one, that is. Praise be the joys of capitalism for me.