Ok. I get it now. I have a Final Fantasy 14 house. Which is not the only thing I “got,” because what I mean when I say “get it” is that I— Actually, let me start over.

I have a house in FFXIV now. Let’s talk about… that.

One of the most infamous pieces of FFXIV endgame content isn’t the raiding, nor even the glamour. It’s getting a house. Yes, it’s already difficult enough in real life to get a house. Even before the economy bombed lately—before COVID-19, even—getting a house was a struggle. Economy, am I right? But FFXIV’s housing economy is another story entirely.

As a recap, FFXIV housing is limited. Severely so. And during this past year’s pandemic, it became more difficult to acquire one. The MMORPG’s team made it so that, for upwards of 10 months, unoccupied houses wouldn’t be evicted in order to help those who couldn’t afford the subscription. But with the pandemic dragging out, the team decided it was time to lift this memorandum.

In "normal times," upon eviction, houses become available at an entirely random time after the eviction for first-time buyers. This means you have to sit in front of your house, repeatedly click, and pray that you’ll be the lucky clicker. There are… illicit means to such, if you’re clever enough to put together the pieces. If you already have a house, you can bypass this, but I, of course, did not have a house. 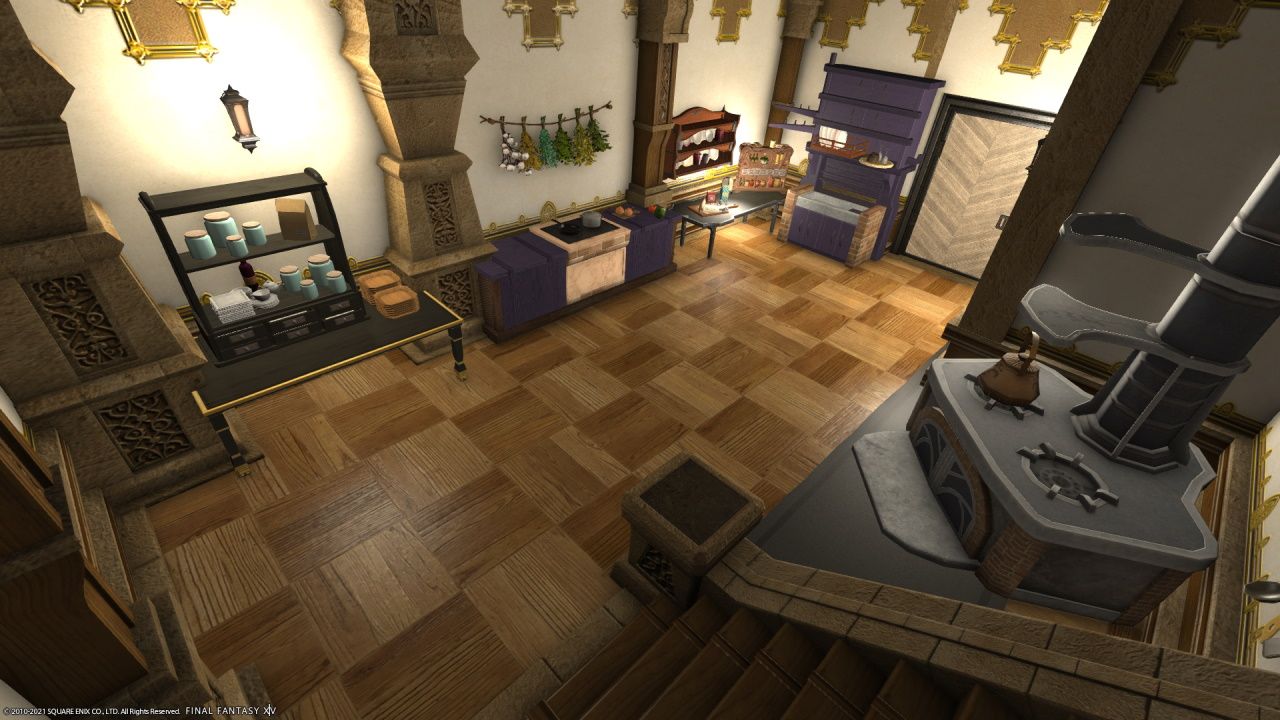 So upon the lifting of the memorandum, I put in my gil, with some help from a fellow roleplaying friend, and decided to make the dive. For two days in a row, I hunted for hours at a time in my desired district, the Goblet by Ul’dah, for just about any house. Honestly, the Goblet is the default for first-time buyers; but I frankly wanted it for roleplaying reasons, as my toon is a thaumaturge studying to be… well, more, given spoilery lore reasons.

Oh gods, let me tell you. That was something I never want to do again. There were at least two of us at any given time, clicking on a placard every few seconds. Personally, Netflix and Funimation, among other streaming services and the presence of my roommate, helped me keep my shit together mentally. But that was sure as hells an experience.

Is rapidly clicking for hours for an estate an experience I recommend for everyone? If you’re a no-lifer like I was a few months ago? Sure, screw it. Why not. Go camp a godsdamned estate in a virtual setting. Brag about it to your friends as your pandemic adventure instead of going out during a pandemic. If not, seriously, don’t bother. It’s aggravating. You’re very likely going to be competing with others.

Yet I’m going to be real, now that I’m done with the process—it’s actually really nice to have an estate.

At the very least, acquiring an estate is one of those sorts of achievements that everyone talks about at some point. Once it’s in your mind, it haunts the dreams of your MMORPG lifestyle. To finally be rid of this nagging feeling in the depths of my soul? So fucking freeing. I cannot begin to describe the liberation, the joy my heart feels.

Except now I’m in the next stage, the eternal task: the maintenance. At the very least, I need to log in once every 45 days to maintain it. And this sure as hells doesn’t freeze if my subscription freezes. In fact, that’s the whole point of the 45-day rule: to give others a chance, so I don’t camp the limited supply with my dead character.

Not to mention there was the process of decoration, as well as its costs. Honestly? I only had just enough to get the house and a few things extra, as well as some select furniture from my apartment. But I envisioned a lot: a cafe for my toon, with a personal space in the cellar, for roleplaying and other shenanigans. I believe I spent an extra million gil plus change, even after crafting many of my own pieces with my Carpentry and other crafting abilities. That crafting alone must have saved me a million after my materials were re-sold on the Marketboard.

All the hassle was worth it, I feel, though. At the very least, I get to carry out a little cafe fantasy of mine for my character, who I envisioned as being someone who enjoys making others happy. My friends have also invaded the house a few times for some roleplay of varying types, from sweet and fluffy to dramatic character-changing plot scenes. And this is despite it not being in Balmung! 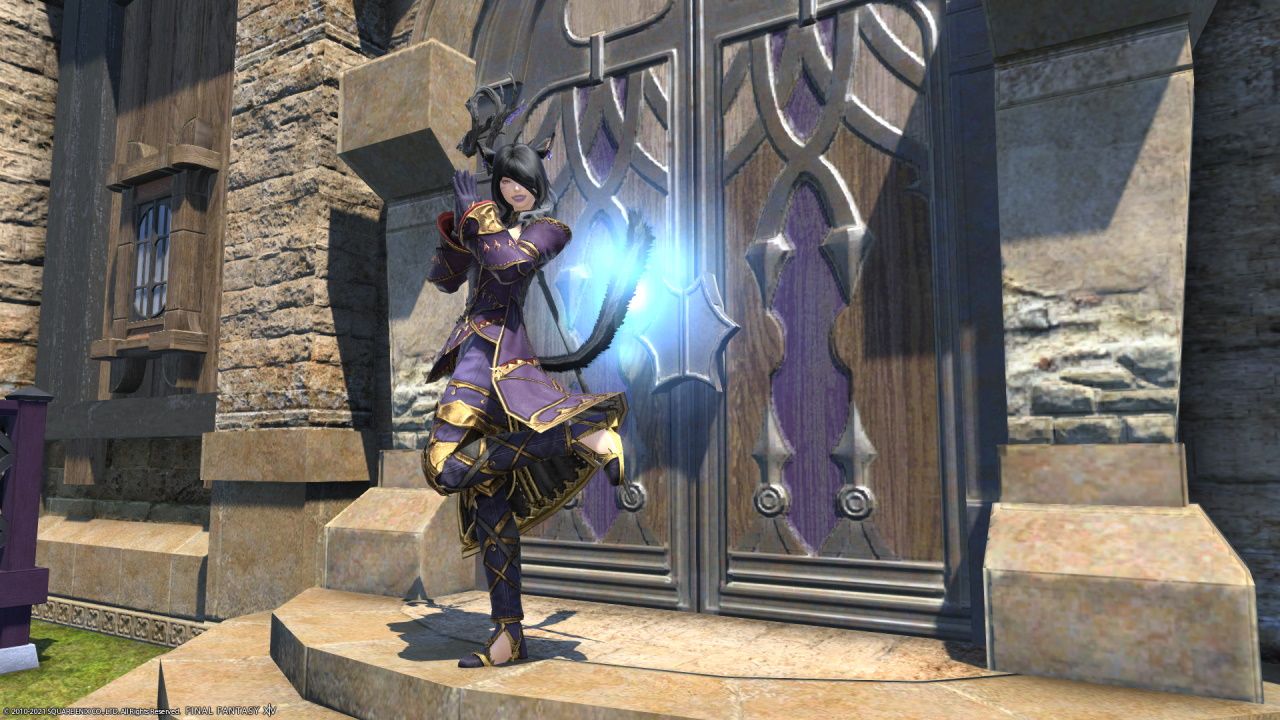 Intent aside, it’s good to have a space for my friends in-game and I to hang out. Had I had more friends in the game, perhaps I’d be using it as a chill space to talk about life and the game. My friends from my raid static use their Free Company house as a rallying point occasionally. I also have a place to practice my Bard performances. In a “massively multiplayer” game, I can’t stress how pleasant it is to have a space that’s truly my own.

Or, maybe the pleasure is just having control over something in my life. That’s part of why I originally got my first apartment. I half-joked about such on Twitter, but in a country where the minimum wage at full-time can’t earn a studio in many states, and a one-bedroom in none — hells, I share an apartment in real life — it’s nice to have control and ownership of something even digitally tangible.

This definitely isn’t an experience for everyone, though. I've just passed 1684 hours on my primary toon, and I know I have something close to 500 hours on my Balmung roleplaying alt. To have a presence and ownership in this game isn’t a surely necessary thing for many players, especially the more casual ones.

For me, the hours upon hours of camping was definitely worth it. I know I’ll be in this game for a while. Might as well carve out my own little corner of it, right?

Anyway, obligatory brag and invitation: If you're on Crystal, you can visit it in Diabolos, Goblet, Ward 4, Plot 28.

P.S. If you aren’t as willing to painstakingly camp, don’t need all the space, or just don’t want to maintain an estate during those 45-day periods, I do feel apartments are a good enough substitute—one of the first things I discussed here at MMORPG. And do check out Emily's Housing Showcases here on MMORPG.com!