For the most part, Final Fantasy XIV has put out increasingly fascinating storylines to chase, especially after the initial content of A Realm Reborn. The raids especially tell stories that enhance the world of the game and are, frankly, excuses for some pretty cool fights. Even the Sigmascape series is cool, despite it being a clear and obvious excuse to resurrect some old Final Fantasy franchise battles.

The Eden raid series is somewhat frustrating in comparison. Going in, you’re pretty damn sure that they’re in it to do some important work on the First, while there happens to be some character development in-between. And for the most part, that’s what it is. But in practice, the whole ordeal is rather clunky. Knowing what we know now of the ending, and given the importance of the premise, it felt ambitious in a way that was let down by the execution. At least it’s kind of cute?

It’s easy to hop on board with the idea, at least, that you’re doing these raids in order to better the First. The premise is straightforward — maybe there’s a way to rebalance the aether in The Empty, the vast stilled land beyond Norvandt, in order to restore the elements throughout the world. Urianger’s explanations are pretty simple, too, especially after Shadowbringers spent most of its duration treading on the plot points of aether and elemental balance.

The story wants to do a lot more, though, and it’s pretty clear from the second raid forward that FFXIV isn’t sure how to handle its narrative ambitions. At least with Ryne and Thancred present at once at any point in Shadowbringers, you know there’s going to be some character development, so they sprinkle hints that this will happen into Eden.

Gaia’s entrance complicates things, obviously. I wish that were really just for the narrative itself, not in a meta sense of addressing the narrative, but in no sense is it easy to try to introduce a relatively complex character in the course of a few over-extended cutscenes. That’s what they try anyway, and it falls flat. Thankfully, the community (self included) loves a good catty goth girl, and there seemed to be trust in how the character and her presence played out. 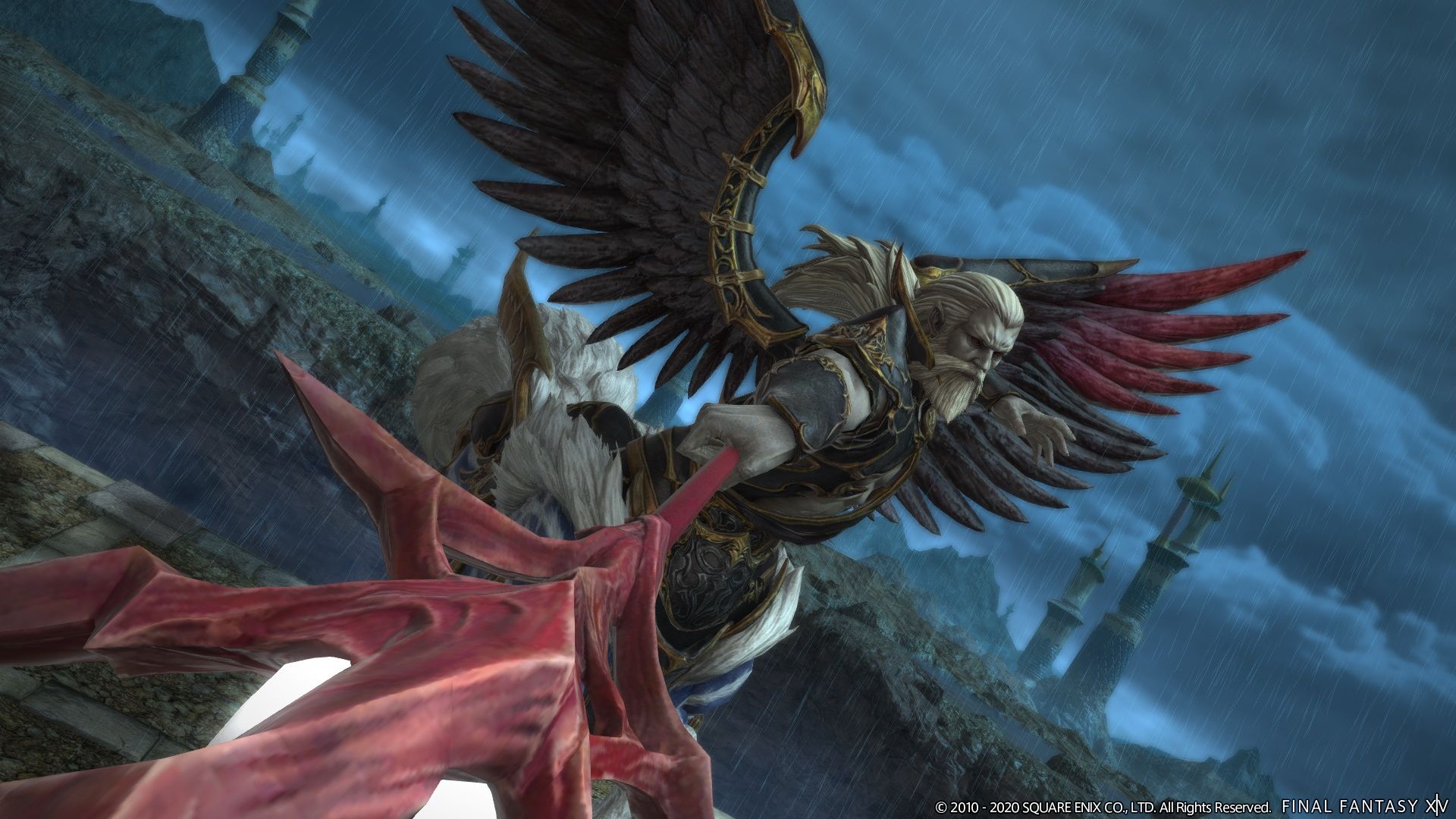 The whole ordeal would be more bearable if the friendship between Ryne and Gaia didn’t feel terribly forced. Gaia’s, frankly, kind of a jerk the whole time, and they don’t give us a real reason why, so Ryne’s just pushing against the current. But hey — at least that whole ordeal passes the Bechdel test?

It does, thankfully, pay off. The Eden’s Promise series is the raid’s own redemption arc; The last bit of story was narratively the equivalent of waiting for your parents to leave the house so you can make out, or yell at your friends on Discord without interruption. That’s to say, the story picks up, and we get some extremely vital story under our wings. Like, the implications are important for a ton of the story, especially given the Void Quests also released with 5.4.

Gaia and Ryne, with the other Scions gone, get some healthy, uninterrupted development, including learning that Gaia is an unsundered, reincarnated Ascian. “Gaia is an Ascian” thankfully checks out given we’ve known about her “darkness” since the get-go, but it’s still a pleasant shock: Ascians? Not evil? Almost like they can have whole personalities besides “long lectures” and “laughing while transforming.” Plus, the romance is cute, and they avoid making Gaia be Obviously In Love Despite Her Awful Amnesia, which feels like it should be a trope but I can’t think of anything like that? 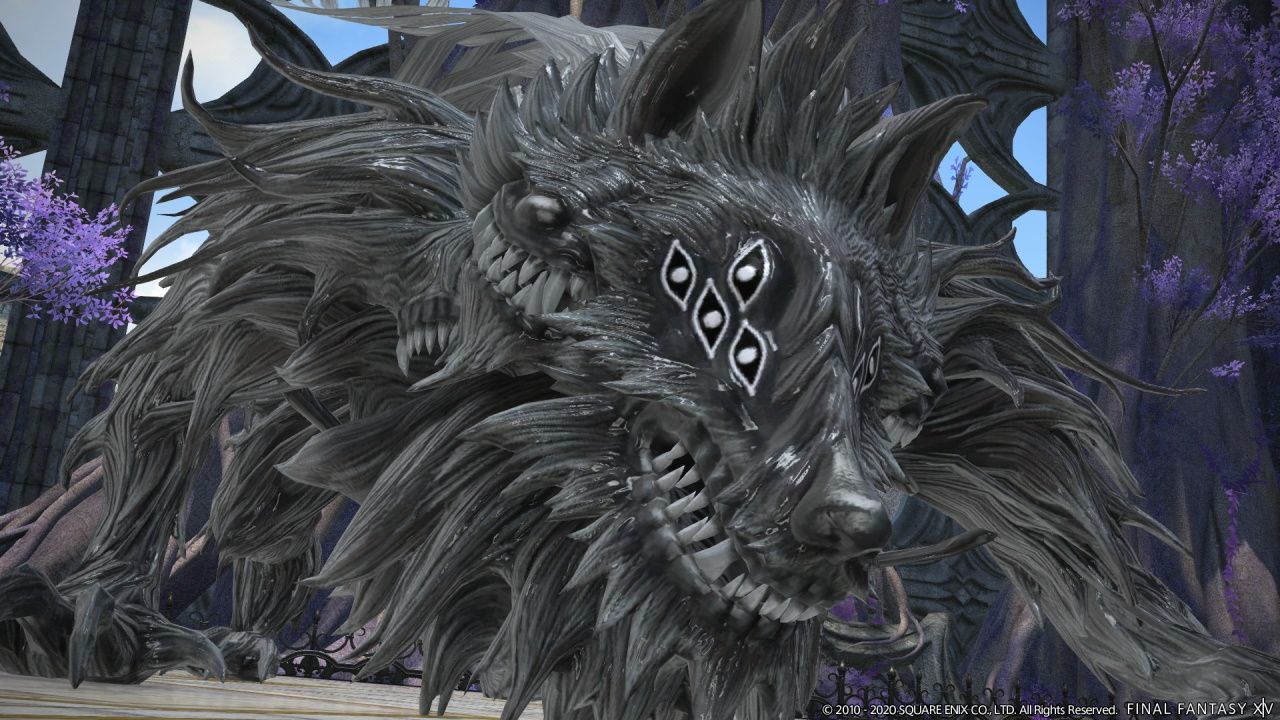 And Mitron isn’t an awful character, per se. Much like Gaia, there’s just so much to take in in such a short period of time, and it’s all important to lore. He maintains the sense of duty that other Ascians have managed, and his memory of his duty is an interesting contrast to Gaia’s frequent memory loss. We also learn more about the Flood, the Empty, and how things went down a century before. In short, we get the last pieces of lore about the First that curious players may have been wandering about.

Throughout all this, we still have to fight primals and summons, and mostly where the series shines. I personally loathed Furor, and I don’t know that many people singing its praises, but other than that I found plenty of enjoyment and reason to go back for loot (besides, well, loot).

There are also increasingly tidbits of well-executed plot expositions in gameplays, especially after Stormblood’s Tsukuyomi trial ended up such a smash hit. It was, frankly, fun running through Refulgence for the first time and watching Gaia smash in. Sadly, that cutscene became a chore after that, as did Eternity’s. (No, I’m not just complaining because I lose my Enochian.)

The combat design is truly getting more and more polished. Obviously games should be a bit of fun, but it was genuinely a joy learning the mechanics of increasingly complex raids, especially in the Promise sub-series. The illusions jumping around in Litany (E10) are clever, and the “primal” AoEs in Eternity require either good memory or good communication.

I’m thrilled about Promise enough that I’m actually excited to do my weekly loot farms, especially without the obligation of sitting through the story. But hey, at least Gaia and Ryne make a cute implied couple? (I mean. That rainbow crystal.)