If you plan on leaving from a world you infamously helped to save, you need to say goodbye, right? And that’s not only for our heroes, but also for us as we wrap up the Shadowbringers plot. That means Final Fantasy XIV’s patch 5.3 update, Reflections in Crystal, is the most crucial patch for the story since the initial game’s release. And the FFXIV team sure as hell was up for the task.

A story update this massive has a lot to live up to. Shadowbringers is considered not only the best expansion of FFXIV, but also one of the greatest stories in Final Fantasy history, if MetaCritic is the least of our tools of judgement. And even without a reputation to precede it, Reflections in Crystal needed to wrap up a zealous set of plot points: inter-dimensional travel, multi-dimensional villains, existential crises about the state of our own heroism, crises about others’ heroism, and a bunch of personal stories in-between.

Almost six hours, three unique duties, a few tears, and a nap later, I can confidently say that the Final Fantasy XIV team has done it. Reflections in Crystal is a masterclass on how to wrap up such a grand, unique story as one Shadowbringers weaved.

Reflections in Crystal uses all of FFXIV’s tools at hand to give an incredible conclusion to an already-beloved story. That’s not the hype talking, promise. It’s genuinely rare for the ending of a saga to feel as gratifying as this. And oddly, it feels like a reward for the FFXIV team, given its decade of groundbreaking storytelling, as much as it is for the players who have given the game a fighting chance over the years.

(NOTE: There are NO MAJOR STORY SPOILERS within, but there is some light discussion of gameplay and plot execution.) 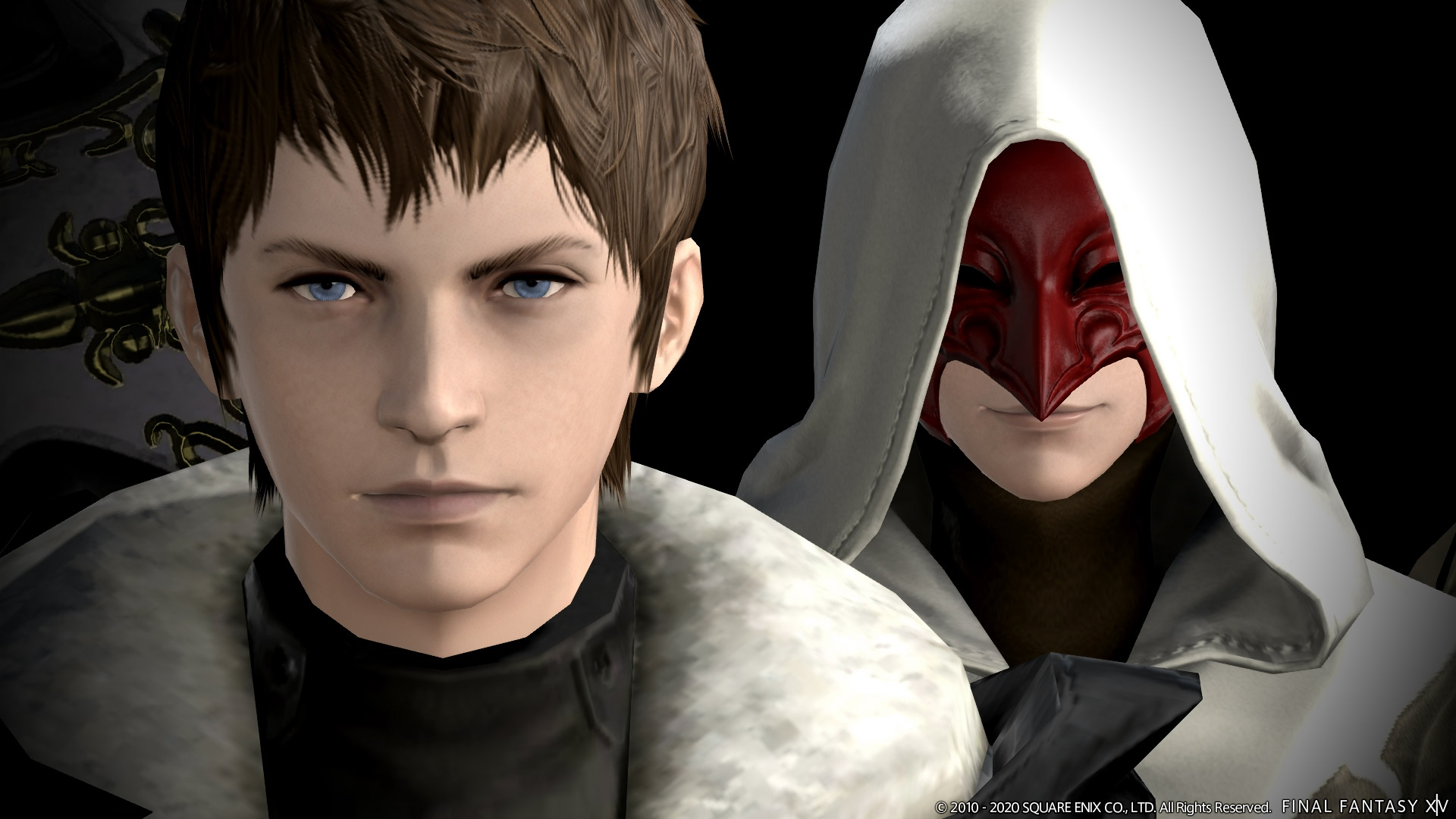 It’s not a Main Scenario Quest patch without a duty or few to accentuate the grandest fights in the journey. At the very least, they’re visually striking, as much as they are emotionally. There are three, one of each common quest “type:” a solo duty, a dungeon, and a “Mystery Trial.”

You start off about two or three quests into the storyline with the solo duty that’s meant to challenge the Warrior of Light’s boldness in cutting down their foes. Maybe it’s because I’m stoic to that “subversion” in plot, but it more so challenged my DPS and ability to sprint through trash mobs. Don’t waste your time here. Still, it was an interesting plot-builder that set the stage for a villain who felt under-developed so far.

For both group-instance duties, The Heroes’ Gauntlet and the “Mystery Trial,” gameplay didn’t feel like challenges as much as I’d thought them to, or at least not mechanically. Going in blind was obviously a pain. As we died our second time to the final boss of Heroes’ Gauntlet, one pick-up party member joked, “we’re progging a f**king dungeon.” We sure were, friend. So it goes on patch day.

But in both Heroes’ Gauntlet and the “Mystery Trial,” once we figured out the tricks, it became a smooth ordeal — maybe even too smooth. The shticks are relatively easy to figure out and satisfying to execute. My parties didn’t have too much trouble visually noting what was happening, even when one extremely non-traditional mechanic, one that most of us would never think of triggering, was invoked.

The Heroes’ Gauntlet, the new dungeon, felt like an appropriately delightful send-off to the beautiful lands and wonderful inhabitants of Norvandt. Traversing this dungeon made me nostalgic for my first play-through. The enemies weren’t particularly memorable, not even the  bosses, but that didn’t mean it was a sub-par experience. It was more than decent enough, and not something I’d mind picking up on Expert Duty Roulette.

The Mystery Trial, on the other hand, was an absolute thrill. While many keen-eyed players guessed accurately as to the nature of the trial, the actual plot context around and within the trial were outstandingly well-built and unexpected. Honestly, half of my party was going nuts in the chat during an unskippable cutscene. (And then we immediately got blindsided by one of the aforementioned going-in-blind mechanics.)

Without going into too much detail, the parallels between the plot in the Mystery Trial and mechanics were cheek-in-tongue without being too on-the-nose. A poor balance of such probably could have actively spoiled both the plot and gameplay at once. And on paper, were I to describe it, it would absolutely sound cheesy! But thankfully, the execution strikes the balance well. And I’ll say this much: Fans of the greater Final Fantasy franchise will get major kicks out of it.

Once the fighting dies down, it’s time to seek resolutions. After all, if you plan on peacing out from a world, you need to say goodbye, right? But it was also time for us to say goodbye to the Shadowbringers plot, and that means this was the most crucial patch for the story since the initial game’s release. 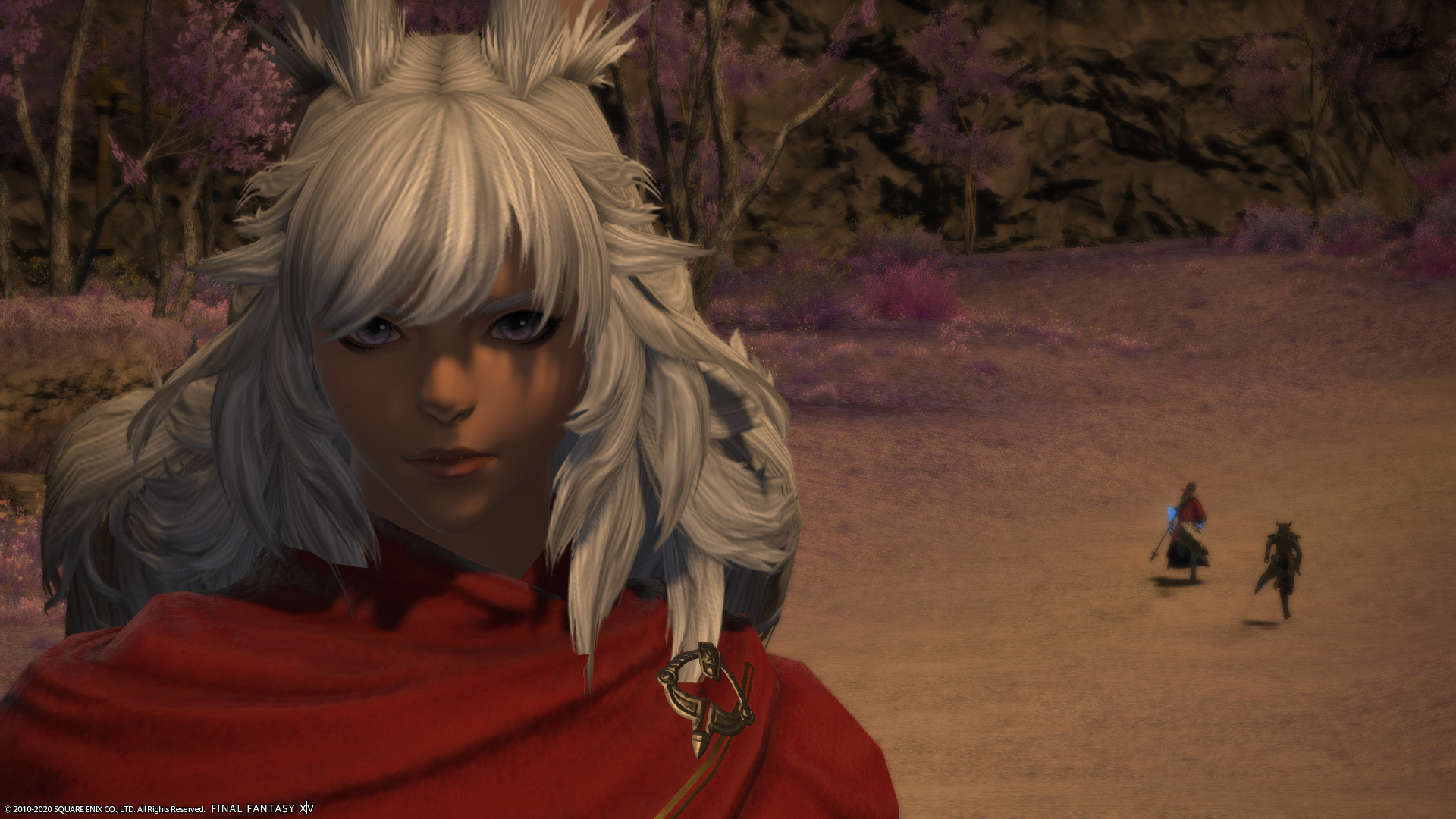 Admittedly, I’m kind of picky about endings. Even in general story writing, it’s a monumental task to make an ending that wraps up its necessary plot points in a satisfying way, save for an ending that’s satisfying at all. So when I claim that Reflections in Crystal is a deeply satisfying experience as a whole, I really do mean that.

It’s a phenomenal payoff for its fans, pulling in the lessons, knowledge, and threads that FFXIV has been setting up for years. The more I simmer upon the plot notes, the more Reflections in Crystal makes sense for its vastness of themes and topics. Naoki Yoshida and the FFXIV team clearly had much of this simmering themselves for ages, and we’re all rewarded from that mindfulness.

That’s no small feat. In a story and universe as massive as FFXIV, there are a lot of little details to keep up with. Shadowbringers was already great in that sense, as there was very little hand-waving, not even in tying FFXIV’s world-traversing mechanics to the story. Save for Emet-Selch himself, you know, literally waving his hand. But even details such as those are not spared in Shadowbringers, and far less in Reflections in Crystal.

Equally impressive are the emotional highs and lows of what happens. Reflections in Crystal isn’t emotionally heavy so much as it is emotionally moving, and that’s a compliment. Many recent releases mix up the two, but here’s a secret: a story doesn’t need to be just emotionally “heavy” to be an emotionally-driven experience. (No, that’s not really a secret, but I feel like the entertainment industry as a whole needs to be reminded of that sometimes. Looking at you, Avengers.)

Emotional moments don’t seem to be there “just because,” which makes them all the more impactful. Praise be to the localization team, as always, because the dialogue (and monologue) had a lot of fantastic lines within these moments that hit like Magitek bots. And all the characters deserving of a send-off, or even just time on the screen, are given such in deeply meaningful ways. Wrapping up matters in Norvandt felt less like concluding a war, and more like departing from yet another chosen family.

Reflections in Crystal is a masterclass in presenting both an emotionally fulfilling and “logical” conclusion to what one would consider an epic within an epic. It feels like the story team sat together for a very long time, retreading its steps, and asked, “Can we do this?” And their quest to build a beautiful, consistent story has rewarded them with a positive answer.

This ending will likely bring many of its players tears. Are they tears of joy or sadness? That’s a spoiler, but there are definitely player tears out there. Mine included.

I’ll miss Norvandt, in a wider sense of things. I’ll miss being asked to exist among its people, its world, and the cultures in-between. But with Reflections in Crystal, I now know that I’ll miss most of all the stories of Norvandt, the Ascians, and the Scions of the Seventh Dawn.

Thankfully, it seems that there are more tales to tell in the Source, which means the FFXIV team has a lot to live up to. And even if they can’t manage what they’ve achieved here—because honestly, wow—Reflections in Crystal will hold a place in a lot of players’ hearts for years to come.