FFXIV roleplayers put characters on display through the free site-building service given a lack of in-game resources and in lieu of third-party mods.

Free site-making Carrd has become a major part of many communities over the past year. And while I’ve noticed it across social movements, personal profiles and other groups, in Final Fantasy 14, the roleplaying community embraces the website creation service as a near-essential part of the experience for players’ characters, events, and more.

As a result, roleplayers have found not only the flexibility of traditional roleplaying profiles, but also more creative power in presenting their characters in the world of FFXIV. I know it’s been helpful for developing and putting my own character out there, but it’s also become a pet project for many as players develop visual and prose aesthetics for their characters.

Roleplayers for other games, such as World of Warcraft, Wildstar and my former go-to Secret World have commonly-accepted third-party mods that allow players to see each other’s roleplay profiles and statuses. However, despite other popular mods in the FFXIV community for cosmetic and other uses, the RP community has gone largely without such mods. 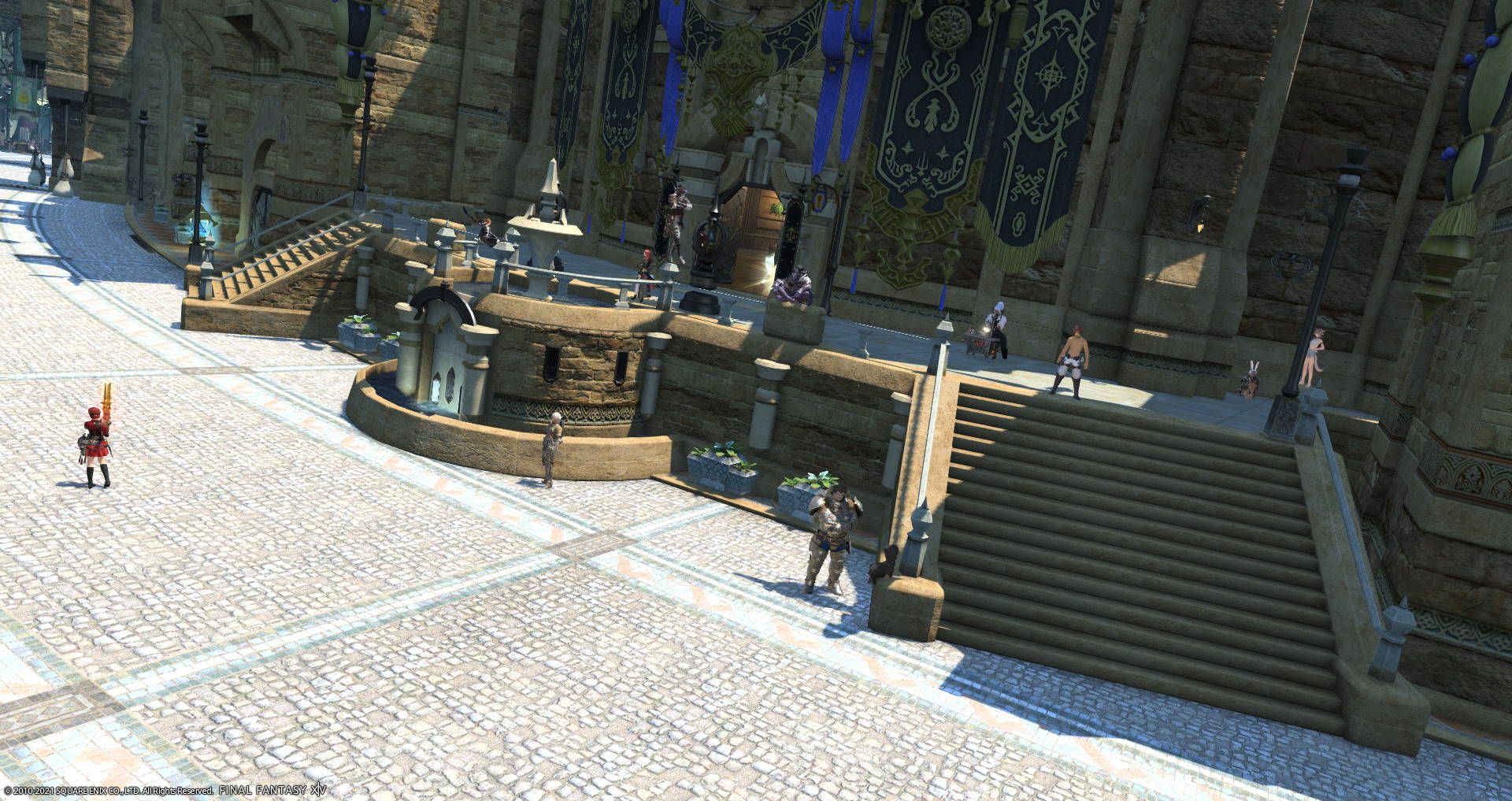 There are some basic tools used for roleplaying within the game itself. Players are given a 60-character “Search Info” box where others can look at their information. FFXIV also provides roleplay tags for characters and housing, marked respectively as “Roleplaying” and “Immersive Experience.”  Eager players turn to other resources, including Carrd as well as Discord servers, to find further opportunities for immersion and connection. While it’s totally optional — I know plenty of players, personally that don’t utilize the option — many have found it useful.

In speaking to other roleplayers with Carrds, they all agreed fundamentally it helped put roleplayers or their ideas out there in some shape or form that, of course, the game limits. Many choose to expand on not just appearances and basic biographies, but include their characters’ backstories and more intricate details.

Alice, another player with multiple characters on Crystal, says that an external profile is “always something RPers will find useful, I think, mostly because people's imaginations will always outstrip what the game can offer you.”

“That's why mods are so prevalent, and why lots of people take the time to make a Carrd. I know for me in particular, I love just reading people's Carrds at random, even if I don't plan on approaching. I just like seeing people's creativity and character concepts!”

Some players also use it to filter out other roleplayers based on roleplay preferences or even written style and ability, which is something I’ve quietly found myself doing as well. Other roleplay reference sites use a more standard “character reference” format, which is more of a “railroaded” approach to profiles. On the other hand, Carrds are more freeform and require that players proactively choose and include what information they’d like others to see.

For instance, while player Emeric Ardor themself didn’t intend on making a Carrd, they very recently caved in after they found that they could use it to seek out other like-minded players. 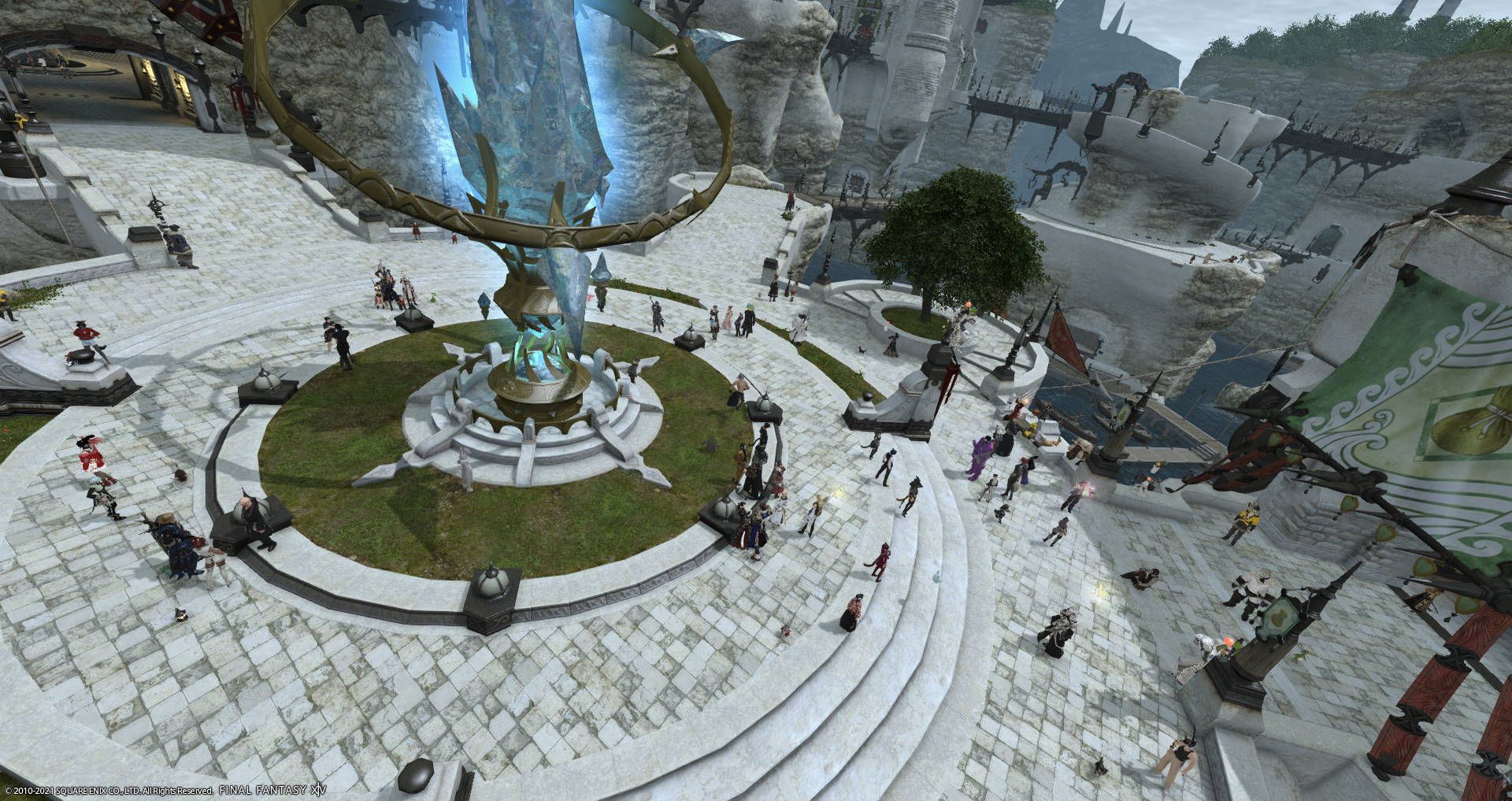 “It helps being able to weed out interest from people who aren't interested in reading any character backstory,” they told me. “The better writers and more interesting characters tend to have Carrds and read others Carrds, it seems so far.” (Conversely, they enjoy how the sites allow players to enjoy each other’s stories and characters.)

Alice had a similar sentiment: she says a Carrd is “a bit like a resume,” and that too many typos or a strikingly unappealing format will turn her off from wanting to play. “It doesn't have to be a total work of art, but I'd encourage people to take the time to make their Carrd look nice,” she explains. “Impress your potential RP partners!”

Beyond the written aspects, Carrds have also become both a reference and display of aesthetics for such characters. Carrd isn’t just a roleplaying site, of course; it was meant to be more like a Square Space “lite,” allowing massive flexibility at low to no cost. Creators can pick a template to base their sites off of, or start from scratch and build up using drag-and-drop “elements” to make it their own.

As a result, many interesting yet effective Carrds focus more on the “theme” of a character than the information. It becomes a writing exercise of its own using cryptic but poignant prose and poetry instead of formal information to paint a story. But aesthetics alone have become such a focus that others with well-designed Carrds, such as Alice, are starting to be approached for “commissions” in exchange for in-game currency.

Of course, commissions, in-game posing, and even self-made art are also a key focus of some Carrds. Alice points out that when players put art commissions in their Carrds, she’s able to find new artists to solicit for future work.

And speaking of paid work, while Carrd is free, some players do opt to pay for it. Alice required it in order to transfer Carrds to other players, Striggs purchased it to increase image count, and both Striggs and I wanted to increase our allowed site count. But the free aspect, especially including the custom leading portion of the URL, is what brings many players back for more characters.

While roleplaying references aren’t really a “necessity,” the desire to go beyond a game’s offerings have always driven innovation in the roleplaying community. Like third-party mods, reference sites and Discord servers, it seems Carrd is the next step.