Endwalker was an incredible expansion for the most part. It wrapped up Final Fantasy 14’s ongoing major arc with some incredible storytelling through a medium that rarely receives as much.

However, it did take some pretty major risks, and one mission has fans talking.

“In from the Cold” happens early on in the expansion, at the tender young level 83, though so much has happened until now that fans are forgiven for feeling like it’s a mid-expansion quest.

As a recap, you, the Warrior of Light, are snatched away for a date(?) with Zenos and Fandaniel. Your soul is ripped from your own body and replaced into that of a generic Garlean soldier, while Zenos goes for a joyride in your body, marching towards your friends and allies. After a duty in which you scramble for your life back to camp, it ends off with just about nothing happening: some taunting, and then the villains vanish for you to give chase.

It’s become a divisive moment in a widely-acclaimed expansion. Does this actually fit into the Endwalker narrative? Did it need to be that difficult? Do the villains really make sense here? After time to simmer, here’s why it’s one of my favorite Main Scenario Quests. 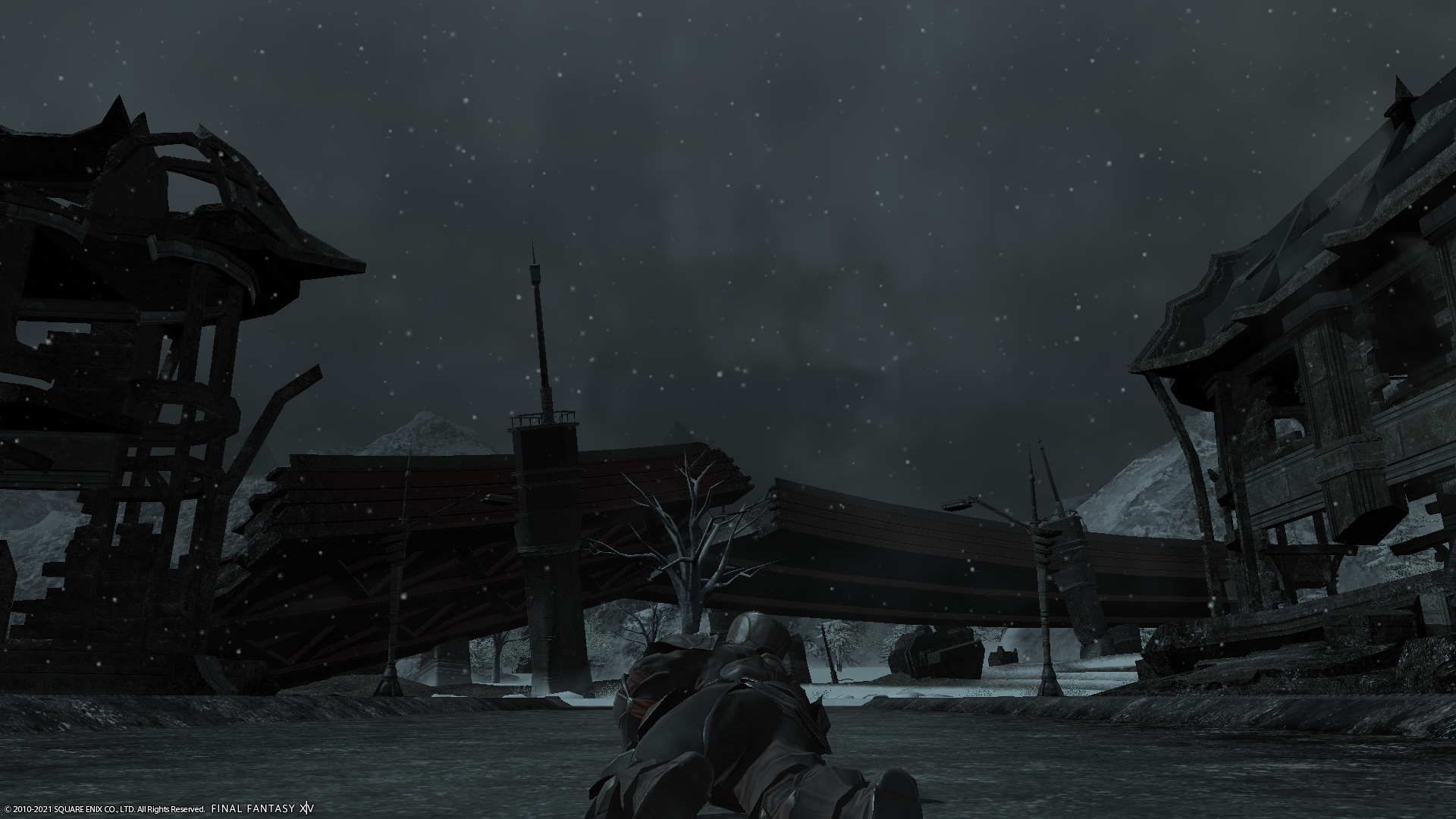 A major complaint about In from the Cold was the sheer difficulty of the duty itself. You’re left to scramble towards your allies’ camp outside of the city, fighting faulty Magitek and tempered Garleans.

Most notably, the duty gives you little to no guidance nor help. Your health doesn’t regenerate, so you need to find health packs in case someone attacks you. There are no clear mini-map directions. Your fighting skills? Abysmal, as you lack the aether to channel the sorts of attacks and skills that non-Garleans master.

And yet, you’re expected to find your way out through the chaos. By the end, you even find other survivors that need help and need to team up to make it out together. You do so. Barely.

The duty portion of “In from the Cold” is a massive wake-up call about the power we’ve amassed all this time versus who we’re putting ourselves against. It’s especially a harrowing difference in power given your actual body is being possessed by… well, that guy. And if you’re discombobulated by all this, then the game accomplishes its mission. (And if you do need help after your first attempt, they’ve nerfed the easier replay modes since Endwalker’s release.)

In hindsight, it’s also about who we’re supposed to be helping, in the vein of FFXIV’s insistence on seeing even our enemies as humans worthy of sympathy. Witnessing the Garlean “survivors” fight for their lives as they try to escape the city is similarly chilling to our own experience as a Garlean. Chances are, in the Warrior of Light’s current state, they’re only a hair more powerful than those around them. If this is what the Garleans are fighting through in this very moment, what else have they suffered so far?

Unless you have a completely severely poor sense of direction, the duty was one of the most powerful in the game. In a game medium with massive settings and powerful enemies usually toppled over with a few clicks and button presses, it’s rare to have a moment of genuine desperation, and it’s a smart use of the solo duty option.

There’s a massive expectation that the villains of any story should be aiming, at all times, to simply kill the opposition to their plans. First of all, that’s proving their point about you being a murder hobo in a way that perhaps I’ll expound upon some other time. But reducing a villain to “someone who has plans and will kill anyone in their way” takes away from what makes Fandaniel and Zenos (but more so Zenos) consistent and at least vaguely compelling villains. 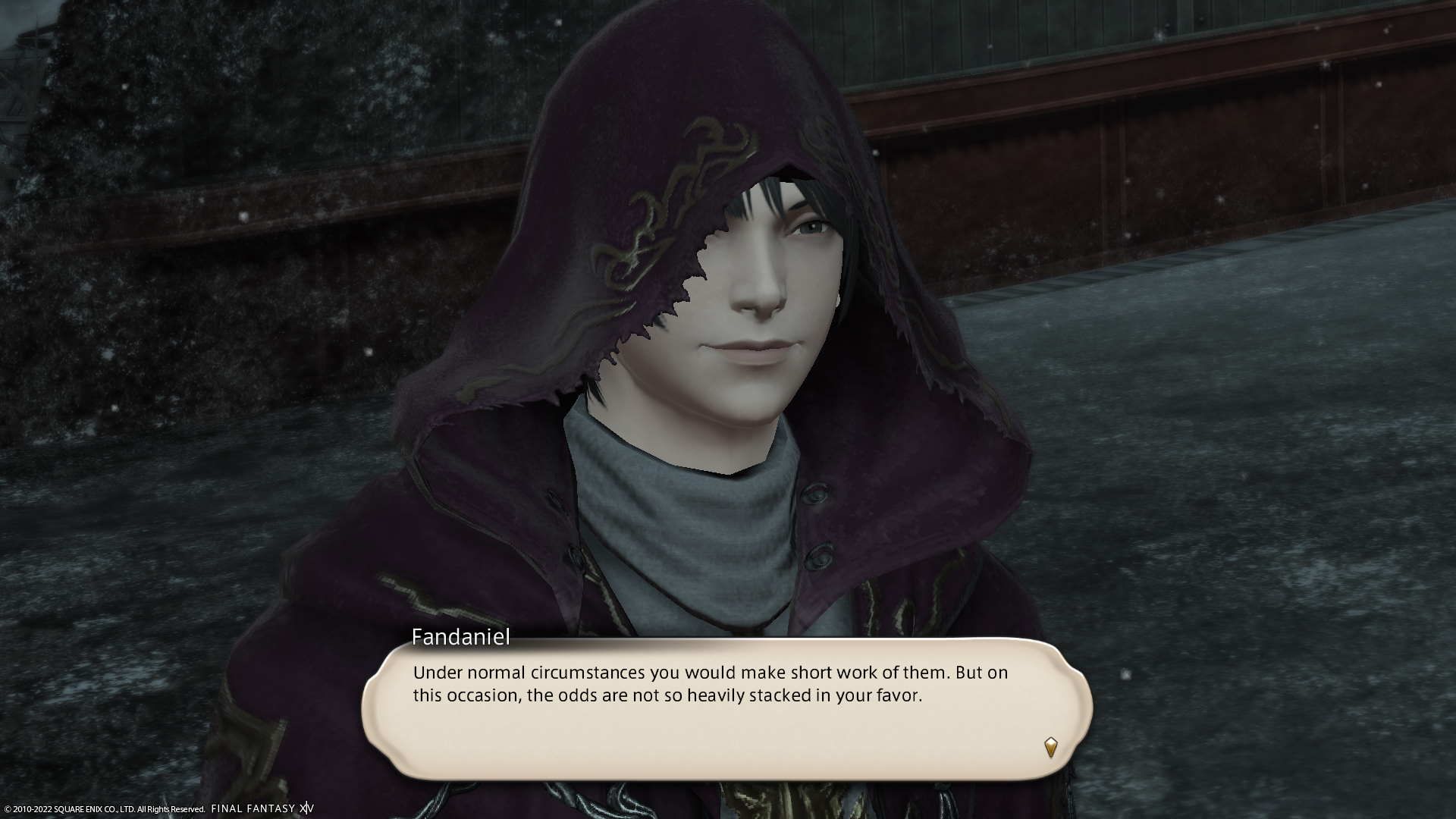 Zenos’s motives are far more transparent, and that’s because he’s transparent as a whole. I mean, when he tells you he wants something, he’s not fucking around. That’s what he wants. Our man literally defies death using his Resonance—which the game conveniently reminds you that he acquired by force during Stormblood—just for a chance to kick your ass again. He tells you as much. He even goes along with Fandaniel just for the sake of maybe, possibly, kicking your ass once more time.

At this point, though, he’s just, again, going along with Fandaniel, who’s twenty times more frustrating to understand, both in-character and in a meta sense. Truth is, boiled down, his entire motive is just to make everyone suffer. Like, he’s really just a giant piece of shit. Amon was a piece of shit, Hermes was… eh. If you merge the two’s motivations, you get Immortal Nihilism, chapter four: “Everyone Is Meant To Suffer As I Did.” (Chapters 1-3 are, respectively, Meteion, Venat, and Emet-Selch.)

Invoking the Final Days is the ultimate suffering to Fandaniel. And so, if you’re trying to invoke the Final Days by destroying Zodiark, then it makes sense to not just kill off the very people who’ll make it happen. And if they die, then they don’t get to suffer the Final Days, either! If you want your victims to suffer despair, they have to be there to find something to despair about. It’s that easy. It’s peak obnoxious villain shit. And Fandaniel is, in fact, the flamboyant epitome of obnoxious villainy.

For the record, it’s clear that Fandaniel lied to Zenos about the correlation between the Final Days and the opportunity to fight the Warrior of Light. Near-immediately after taking Fandaniel as Zodiark down, Zenos realizes that all the revelations taking place are not actually conducive to a full-on one-on-one showdown the way he wants it, since you’re perpetually distracted by being the Champion of Eorzea. It’s why he leaves you alone for the rest of the expansion, in case it isn’t clear. Basically, nobody likes Fandaniel by the time he accomplishes his goals. Fuck that guy. But he did accomplish his goals. Good for him, I guess.

The biggest point I see that comes close to fair— “This is all just for shock value!”

Well, yes. We went over multiple reasons why that’s actually the point, as it turns out. You’re supposed to be disgusted and upset and frustrated. Not much in FFXIV is meant to make players so severely uncomfortable, maybe twice an expansion tops? And a personal dislike of a theme or trope isn’t a solid enough critique to me.

However, I agree that the execution of trying to make the player more specifically primal-smashingly angry, in the end, is imperfect. The stakes were high, and then… little happened. Arguably, nothing happened. No deaths, no injuries, just some high-power bullying. If the player is still irritated, then the quest does some of the job, but generally the resulting anger is unfocused. There’s no climactic act to channel the player’s anger into. I sense that’s why people are angry, but start pointing fingers at things that actually do make sense. 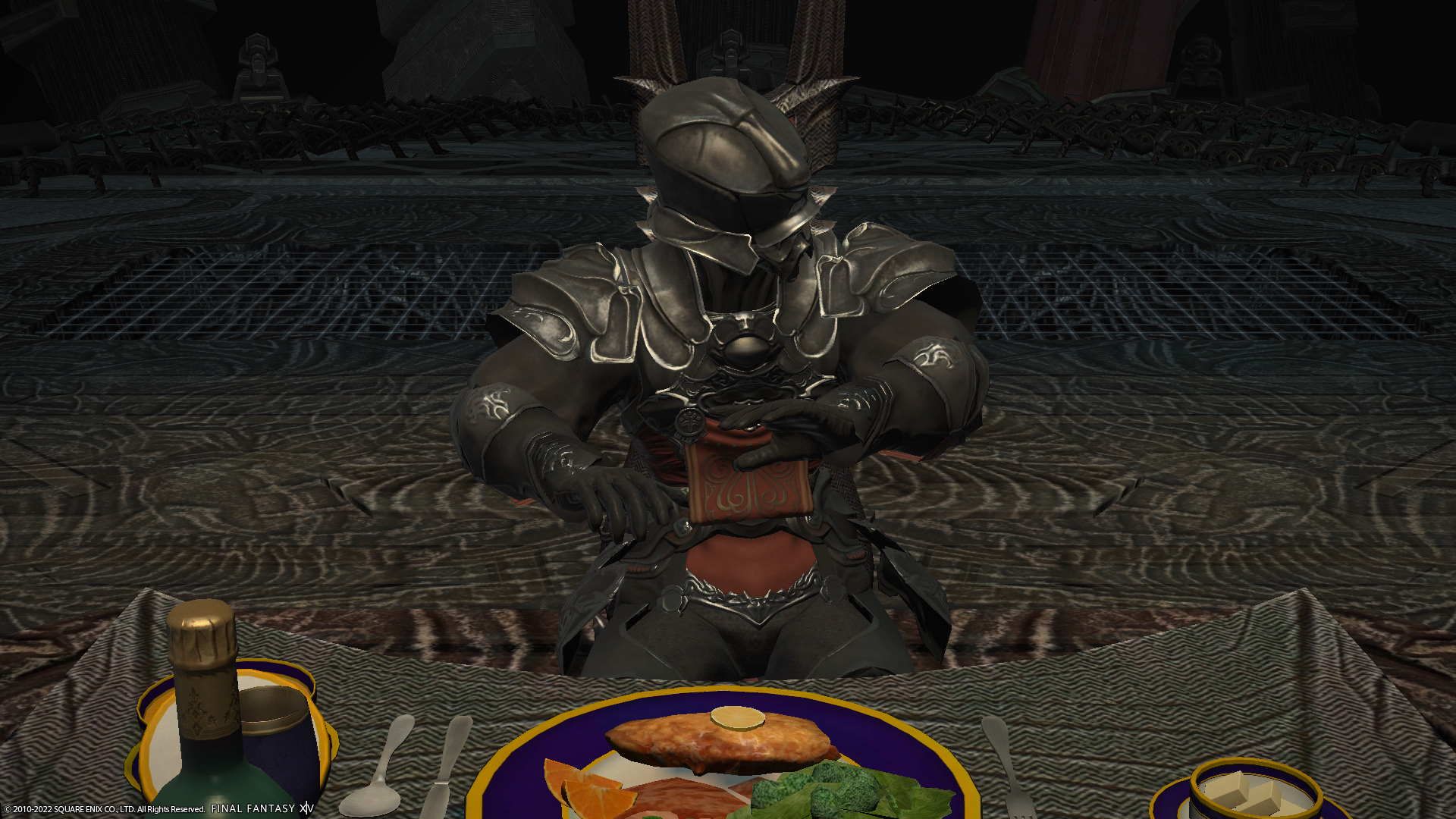 But the issue is, again, we’re such a brokenly powerful character, with another similarly physically powerful villain in our body, that doing anything would have had us asking how someone didn’t get killed. I mean, the entirety of Endwalker is asking why less protagonists are dead, but it’s an MMORPG, so you can’t always just do that. In the end, this is what we’re left with.

Perhaps there were better things they could have done to get us riled up. Remember that Reflections in Crystal scene they showed in the trailer where Elidibus walks through the Exarch, and it had everyone up in arms? And then it turned out to be literally nothing? Personally, I was ready to throw hands on the spot when that actually happened, until the Exarch admitted it was a trick.

Personally, I feel they could have had Zenos in our body straight-up punch G’raha Tia. No giant fight, just one fist to the jawbone. And then the whole community would have been sufficiently pissed! For one, you don’t touch the fandom’s beloved catboy. And you especially don’t make our character model deliver the punch! I know plenty of fans that would have come close to throwing their monitors out the window if this had happened.

Point is, “In from the Cold” is a purposefully inflammatory quest and duty, no matter which way you cut it. I’ve spoken before about how Endwalker takes a lot of risks, and this is absolutely one of the more divisive, obvious ones. What did you think?