In my entire time playing Final Fantasy XIV, I have never been interested in player housing. It’s down to the fact that it costs a lot of money, they are hard to get, and I don’t have the decorating/nesting drive. Even in real life, where I live is mostly a collection of things I like that also meet needed functions, but no one would ever say my place is decorated well. Plus,  in FFXIV, my free company has a house, and our decorator is a mad genius at it. So I’m more than happy to enjoy the fruits of her labor while I focus on enjoying the story and learning to be not trash at SAM and GNB.

With all of that in mind, it’s no surprise I wasn’t someone who was excited about Island Sanctuaries at all. Even when we didn’t know much about them, most people seemed to agree that it would be some kind of player housing everyone could have. I remember hearing at some point there might be farming and animals to tend to, which sounded way too Animal Crossing to me. Nothing against that game; I’ve just never been able to get into it. In MMOs, my interests tend to stay pretty narrowly in the enjoying the story and fighting things lanes. 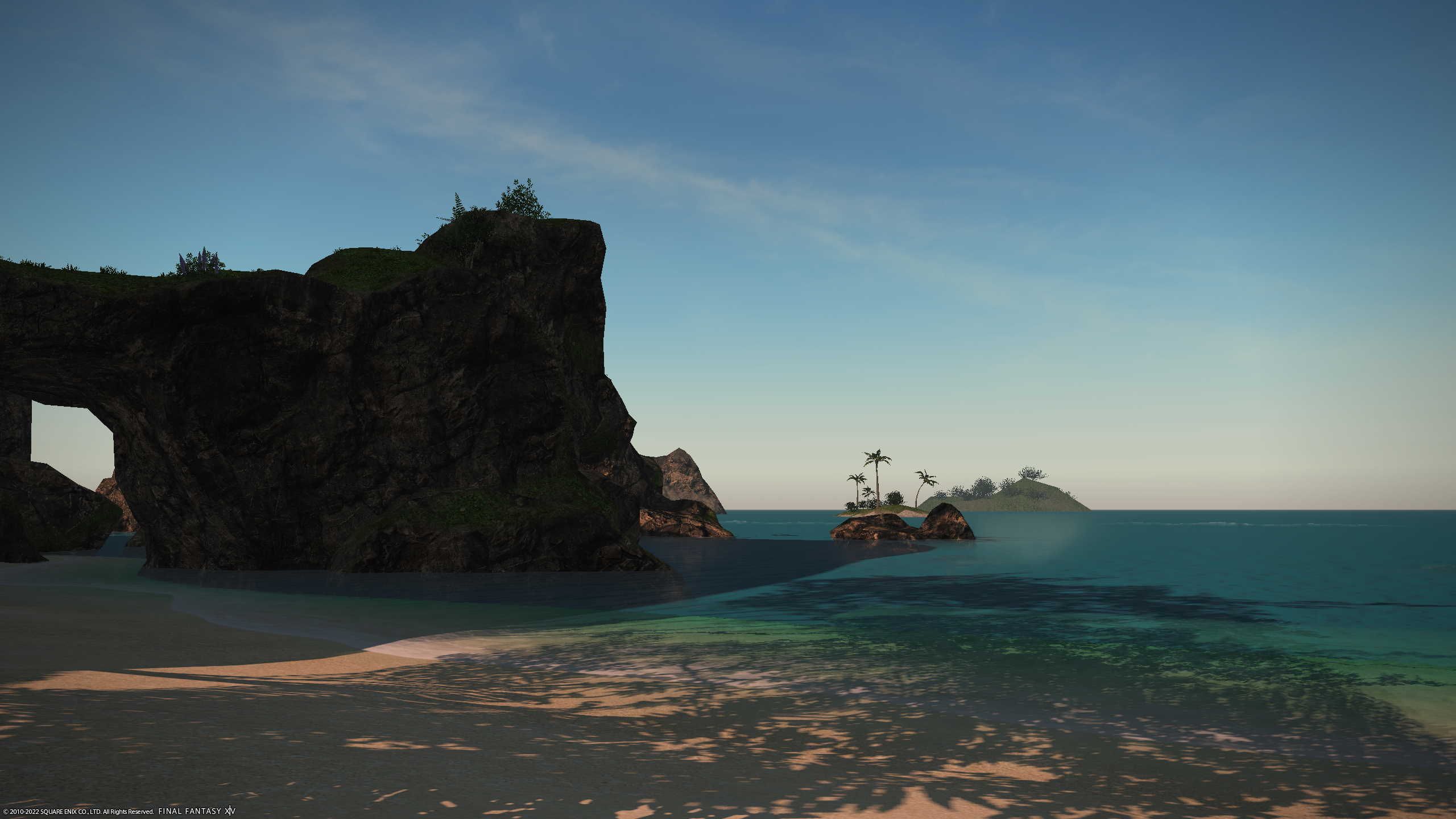 After finishing the 6.2 MSQ, I figured I would get my island to try it out and see if it was something I would just end up ignoring. In my wildest dreams, I never thought that having a quiet island where I could safely roam around, gathering and building various structures would be my jam, but here we are. I try to log on every day, if nothing else, to feed my animals and tend to my crops. When I have more time, I wander, gather materials, and put the mammets to work making things. I’ve also found that wandering around gathering supplies is the perfect counterbalance while waiting in queues for daily roulette. The added bonus is that when I return from whatever popped, all the gathering nodes have respawned. 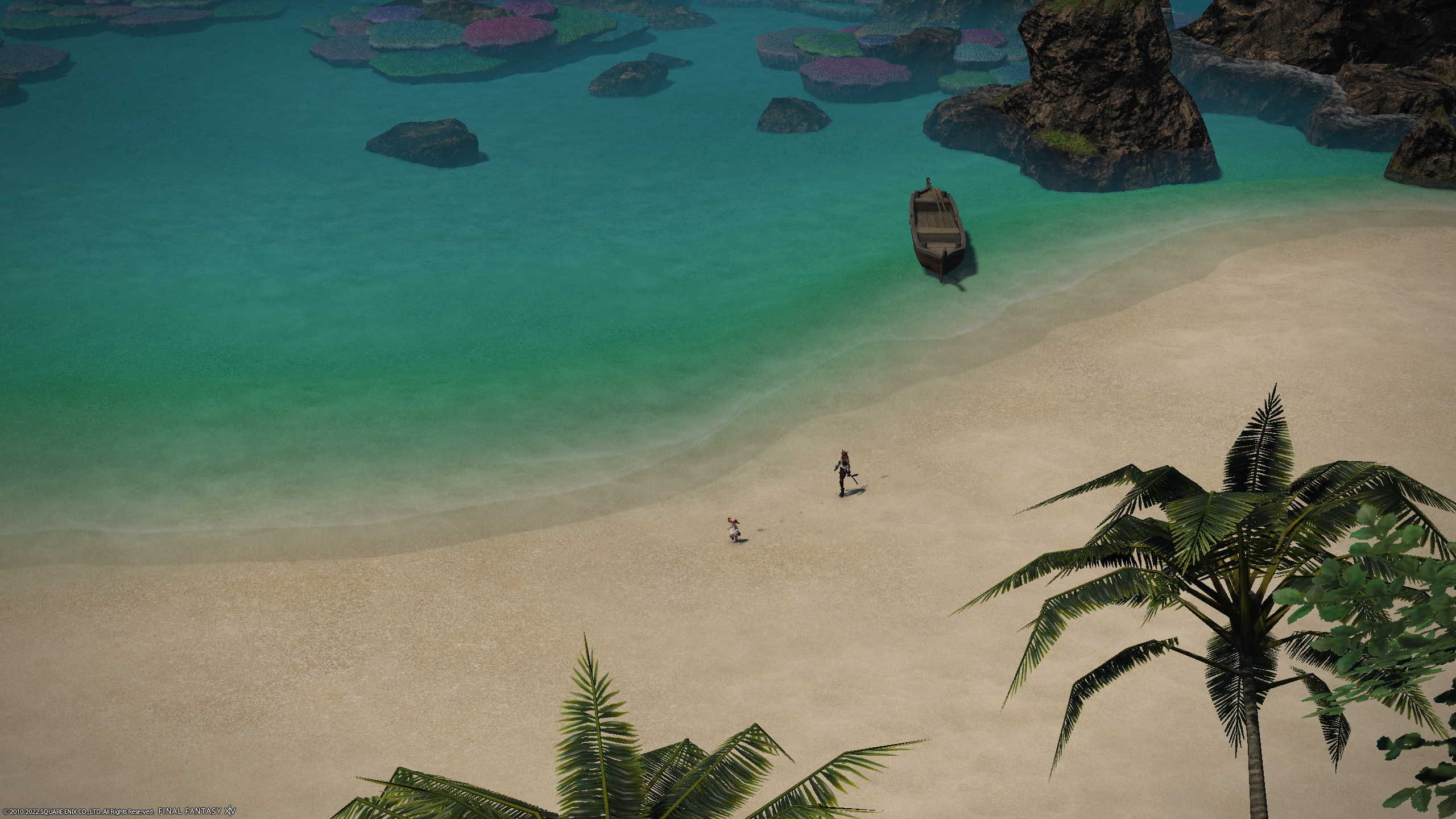 Pretty early on, I was feeling a bit unsure about how to go about doing things on the island in general. The tutorial and game guide are good, but I desired more in-depth info, which led me to find the Island Sanctuary Comprehensive Guide. This spreadsheet might be a bit overwhelming at first, but I LOVE a good spreadsheet, and this is one of the best. However, as a starting point, the FAQ and information about what is unlocked at each rank were extremely helpful in helping me understand the scope of what I need to do and when it made sense to skip certain things. For example, I realized that since my main goal was to get as big of a pasture as possible to have the maximum number of animals, I needed to upgrade my cozy cabin first whenever that was an option. It’s easy to drown in the details, so dive in at your own risk. 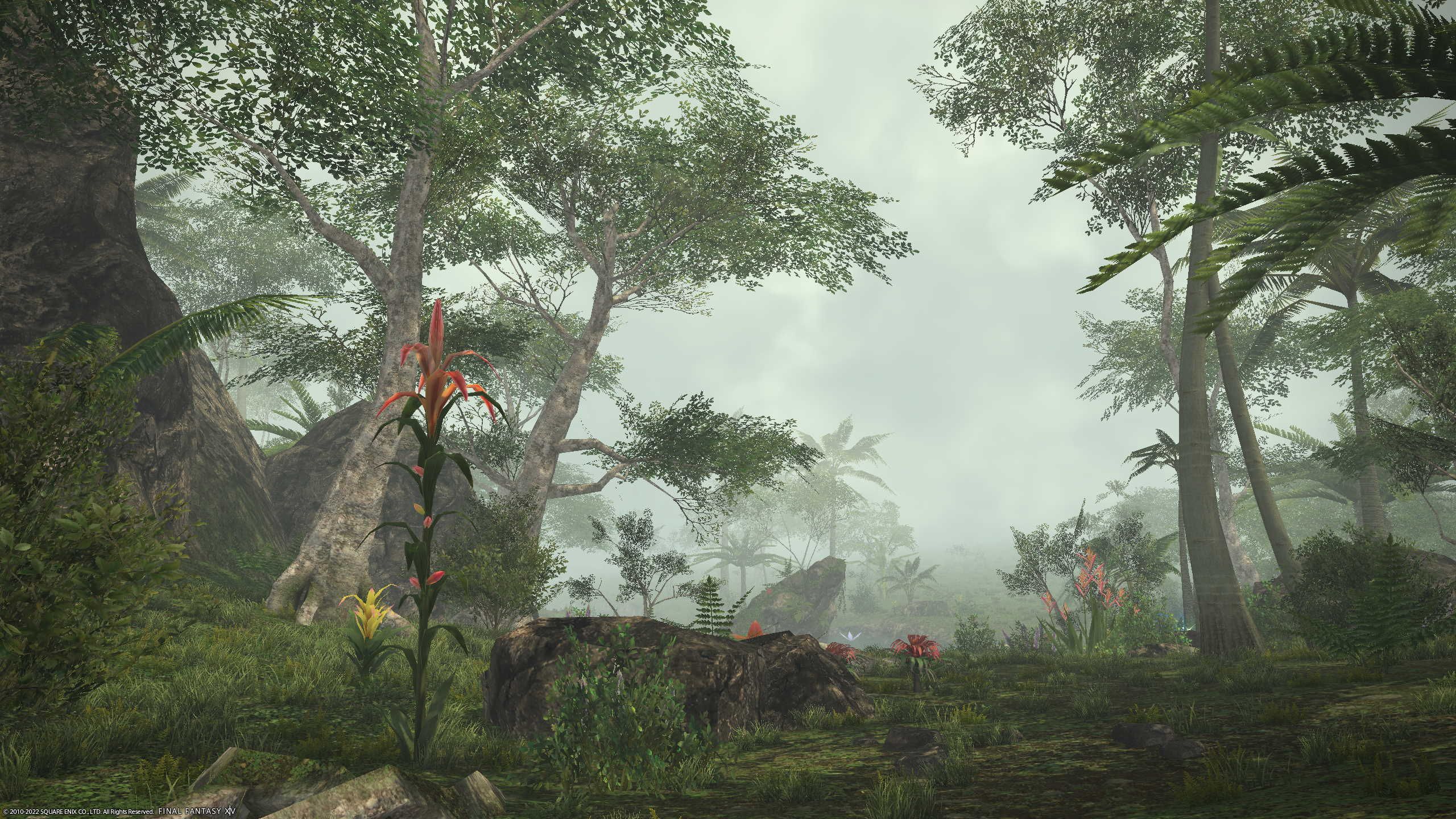 The workshop solver is probably the most vital part of this spreadsheet is excellent even if you just want a bit more direction on what to craft each, and it is even better if you at all care about maximizing how many cowries are earned each week. I don’t care about making sure I am earning the most cowries I could be, but having some more specific direction on what good things to craft together is a huge help. When my options are anything, I often have difficulty deciding what to do, but this spreadsheet helped me focus on a few goals to start. Without it, I certainly wouldn’t be as long with things as I am. All of that said, something like that spreadsheet is not needed. All the essential info is in game, and you can do what you want without issue. However, if you desire a bit more direction or want to maximize your time, use the spreadsheet. 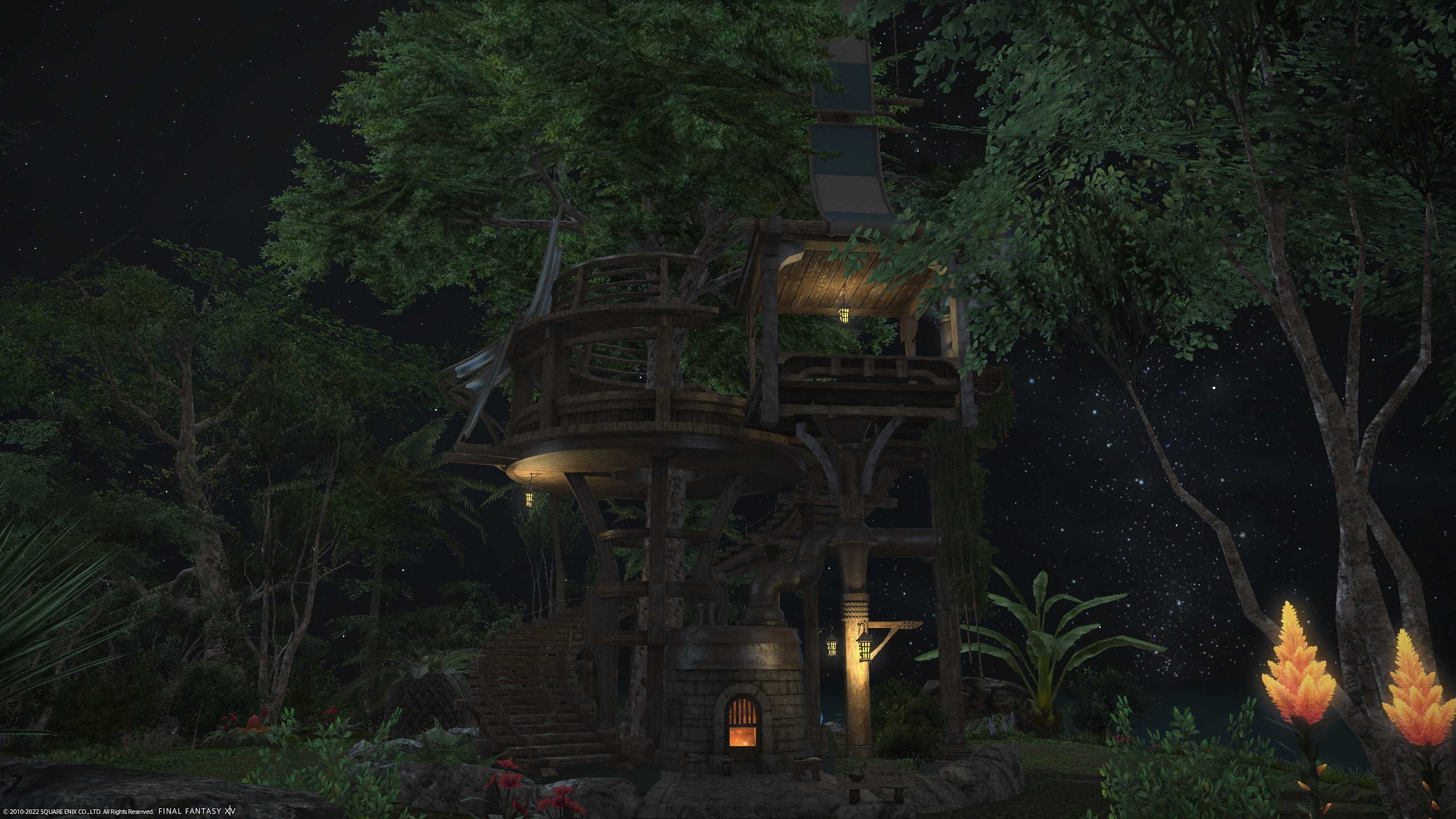 After 6.2 hit, I did see some complaints about the timegates on the island, which is no surprise because if there’s one thing MMO players like to complain about, it’s timegates—followed closely by not having anything to do after they rushed through everything as fast as possible. However, since I don’t have the “OMG, I NEED RANK 10 ISLAND NOW!!!” feeling, the timegates haven’t bothered me at all. It’d honestly be disconcerting if everything were built instantly. Plus, there are enough other things for me to do in game and in real life while waiting, that I hardly notice. I was surprised to discover some of the building is incremental, though. I asked the mammots to build a second workshop, and when I left, they were digging in the dirt. A couple of hours later, when I returned, I was surprised to see they had the frame for the building up. It’s just an extra bit of attention to detail, which I appreciate.

I only have two real complaints about the island so far. When I change the music at the cabin, I wish it would also change the music all over the island. I get that it doesn’t make much sense. After all, the phonograph is in the cabin, but it would be nice to have more music variation. In particular, the music while I am gathering is getting very old at this point. Secondly, I wish I could visit my FC mates’ islands even when they aren’t online. My playtime doesn’t align with everyone else’s, but I’d still like to check out what they’ve done with their islands. Even better would be if there was a book to sign and leave each other messages. It’d just be a fun little thing.

I get why Island Sanctuaries don’t scratch the housing itch for some people, but it’s been a surprising success for me. I’m not sure if I’m going to try and get everything from the vendors or even how much I’ll keep up with things after making it to rank 10, but for now, this has been the best change-up in how I spend my time in FFXIV, and I love every minute of it. I was not asking for this content, but I clearly needed it.