There’s only so much fighting I can do. I mean, yes, when we sign up for the gig of Adventurer in Final Fantasy XIV, that’s about half of what we expect. But obviously, fighting can’t be the only thing we do in this world. Plus, I’m kind of capped on item level until I can churn out more Puppet’s Bunker runs and/or get a high-level raid group going.

So I’m announcing my retirement as a Warrior of Light. Now? I am a humble farmer, miner, and fisher.

And it is a delight. All I do is pick up plants, rocks, and fish while I vibe to some anime. That’s it. That’s the whole job.

Honestly, if the core gameplay sounds kind of boring… it sort of is, on paper. And in practice, I guess it is too. As it turns out, gathering is probably the biggest long-term grind in FFXIV. The process out-grinds alternate class leveling, which is at least easily achievable through dungeon spamming. In gathering, you need to go out, run circles around certain areas, and pick up the items manually.

It’s fine, though. I’ve sort of deviated from my original greedy intentions of gil-earning. In fact, I’m actually kind of enjoying the labor.

Enjoying a mundane grind is odd, because, especially as someone with ADHD (or at least, something that manifests as ADHD), you’d think this would be considered too mundane and too grind-y to a point where I wouldn’t be able to turn my brain on or off enough to engage. But you can do all the running around while popping on a podcast, music, or a show if you have a second or alternative screen. I’ve burned through two anime series so far, and have jumped around other movies and shows. Or, if you really want, you can just zone out.

Media consumption aside, I like the concept that the most long-term grinding in FFXIV isn’t really “hardcore,” and even more so that it’s basically optional. It’s definitely intimidating to have something take up all your time, which is a regular deterrent for many players who otherwise want to try MMORPGs (self included). 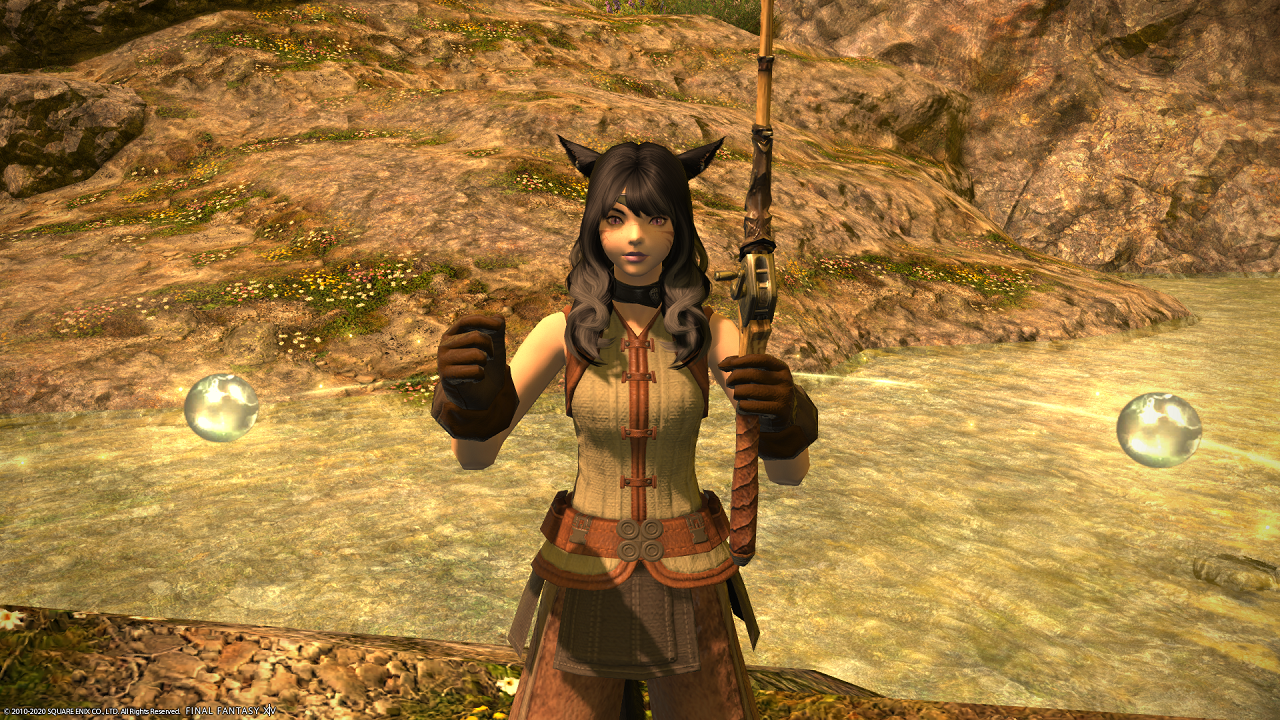 Combat grinding and “becoming one with nature like a long-term relationship” are not the same type of mentality, by any means. This is especially so when you can just pop on the latest shonen series while you get one of these done. But it’s still good to have some type of option of a way to get lost in the world of FFXIV alone, with some kind of reward at the end.

Results-wise, you either use the items yourself for your crafted items, or sell them on the market. And actually, the latter is why I initially got into gathering — I’m a greedy catgirl who needs to pay for her exorbitantly expensive lifestyle. ...no, just kidding, I actually wanted to try to raise some gil so I wouldn’t feel bad leeching off my friends’ plans to buy an estate.

Of course, the biggest issue I have now is that instead, I’m spending a ton of gil buying more gathering gear and crafting items. But in all fairness, I consider this to be an investment. You need to spend a little in order to get a little. By that, I mean, I’ve just spent so much time gathering lately that I can’t keep up with the item levels without emptying my wallet out. Oh well. 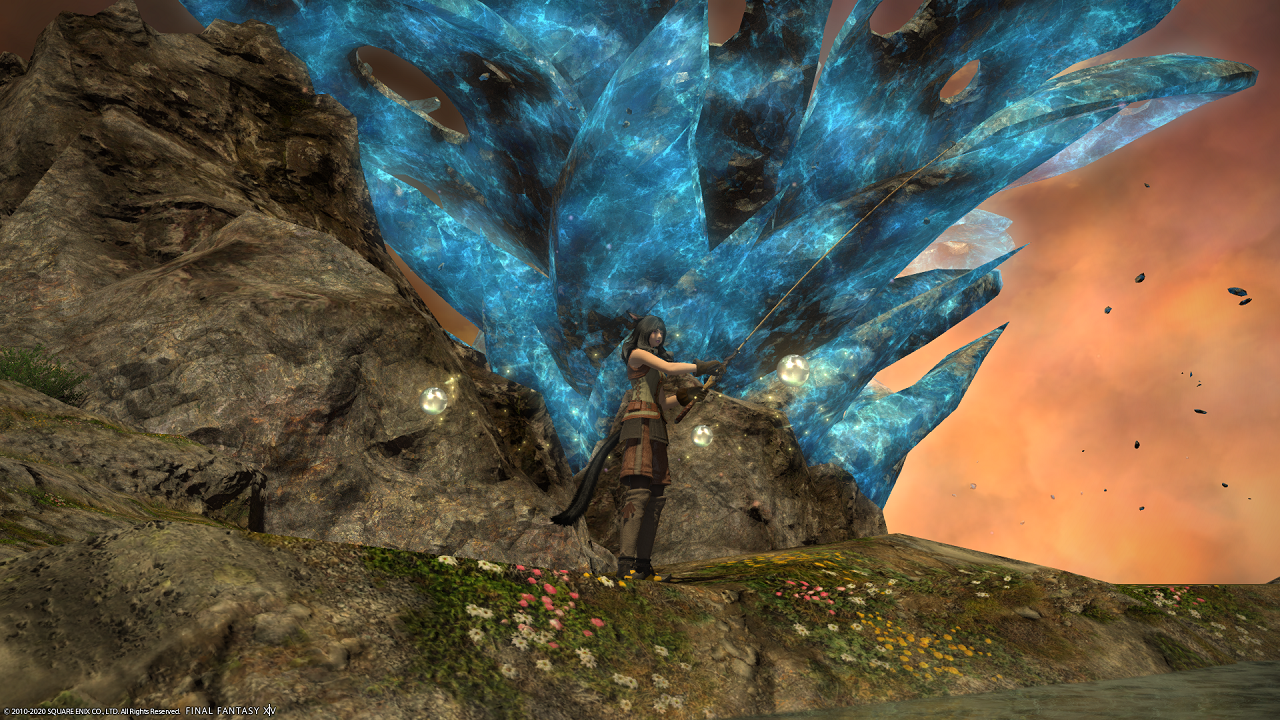 Thankfully, my enjoyment came to a head during the Ishgardian Restoration lately. It was actually lovely to see people running circles to get materials in the Diadem. The public chat was lovely, and I couldn’t even focus on my anime of choice because the instance was so active. As much work as we all engaged in, we did it because the Saints of the Firmament (that is, the crafters) needed us, and also there was just a ridiculous amount of gil being spent, and obviously I’m going to try to get in on that.

And maybe, beyond the gil and Scrips, that’s why we do it: there’s a whole economy that depends on us. There are so many cool items made in crafting, from armor to furniture, and just like capitalism should work, the existence of that economy depends on the gatherers doing their jobs. This interconnected nature of the marketplace is one of the subtler charms of FFXIV as an MMORPG. Like, sure, crafters can go get things themselves, but why do that when there are people doing the more thankless jobs?

(...though the thanks comes in the form of gil, I guess.)

Anyway, all this is in part to say: I’m taking anime recommendations.