Final Fantasy 14 fans are patiently awaiting the end of the week, as this weekend marks the much-anticipated Announcement Showcase. Taking place on February 5th (6th in the developers’ local Japanese time), it’s one of the rare events that was announced well in advance; typically, Live Letters and other such content aren’t announced more than a week or two in advance.

But what’s the deal with all this? Why does the player base have its eyes on this event? The long story short is, fans are expecting a lot from this announcement. The Shadowbringers saga, one of the most praised Final Fantasy stories of all time, has come to an end, and players are eager to see what challenges come next.

So let’s talk about what we’re expecting from the upcoming event. As a recap, we’ll be getting an “Announcement Showcase,” followed a few hours later by a “Live Letter” for the upcoming 5.5 patch.

So we don’t know for sure that the new FFXIV expansion will be announced. But we have plenty of hints that this is the case, regardless.

For one, there’s the question of timing in the midst of all the other content we’ve had in FFXIV. Right now, we’re deep into the lead-up for the next major storyline. FFXIV has served a pattern of five major content patches before each new storyline, typically with a timeline of “every four months or so” between. Shadowbringers was also announced soon after 4.4’s release, just after the Stormblood wrap-up.

Therefore, we should be hearing about the new expansion before 5.5 drops, which should be sometime mid-April per that pattern. And further, just on technical details alone, the Announcement Showcase falls perfectly within the timed and logistical expectations of where an expansion announcement should be.

Not to mention, the FFXIV development team has been hinting at the size of this announcement for literal months now. Normally, an announcement this large would take place at the FFXIV Fan Festival, as it did for Shadowbringers. But given the lack of such events, it’s no surprise developers have been urging fans to pay attention to this weekend’s showcase.

So do you think we’ll get the expansion? Speak your mind in the comments!

What we do know for sure is that we’ll be hearing about patch 5.5 through the Live Letter. It’ll take place seemingly just after the primary Announcement Showcase.

While we patiently wait for the new expansion, there’s still quite a bit to explore in regards to both post-Shadowbringers and pre-expansion content. With the aforementioned estimate of an April patch, 5.5 is just around the corner. So, as usual, we’ll be getting a Live Letter about the sorts of content we’ll see in the patch.

Again, lead-in story content for the next expansion tends to wrap up in the X.5 patches (or their further sub-patches). Anyone invested in the storyline, which is frankly the vast majority of the player base, will be thrilled to experience this upcoming patch as we finally prepare to encounter the next chapter of FFXIV. 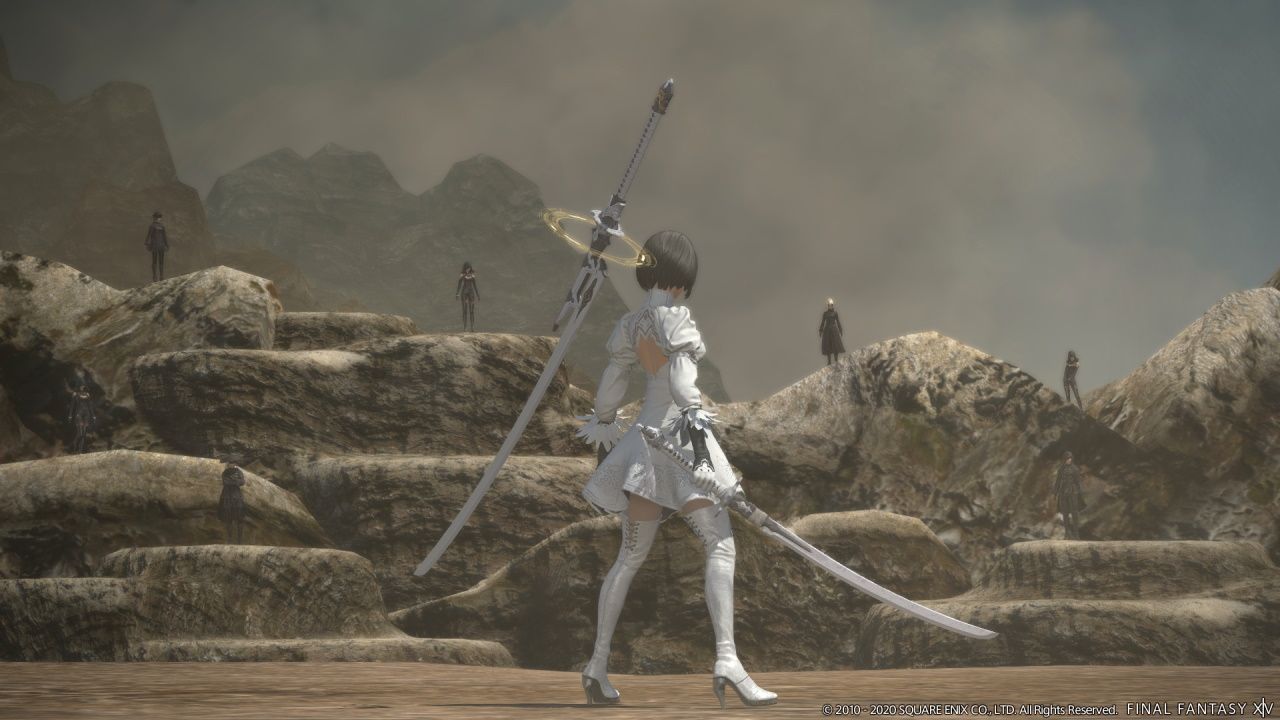 It also seems that the NieR alliance raid storyline will be wrapping up in this next patch. A confirmed-canon extension of the NieR lore, players were left in 5.4 with a heck of a shocking twist about our beloved dwarves through a lengthy follow-up quest. Now, whether it’s to see how it plays out or for more ingenious Yoko Taro mechanics, fans of the raid have quite a bit to be excited about.

While more content like that is good, the FFXIV team hasn’t relented in giving FFXIV players quality-of-life updates, everywhere from crafting and gathering to the Golden Saucer. The extended free trial even came with 5.3! So, given FFXIV’s increased popularity, we’ll likely be seeing more work done in making the player experience smoother.

What FFXIV News Could Come With The Announcement Showcase: Races, Housing, Jobs And More

Speculation has been running wild about what’s to come in 6.0 and beyond. We don’t know for sure, but there’s plenty that fans will be looking out for.

The hottest topic has been the addition of new jobs. We typically have a preview of jobs to come in patches prior to expansions, but fans have been left puzzled about whether or not this is the case. Some speculate that there will be a “Chemist,” a healer, after the players helped aspiring adventurers gather ingredients. Others saw Merylwb wield two pistols with far too much flair to look away. Whatever the case, fans are eager to get their hands on a new playstyle.

New in-game locations are also a hot point of speculation. Our world-hopping in Shadowbringers could only stall the issue of the Garlean in-fighting so long. Now, through the Bozjan Southern Front, we’ve moved more directly into Garlean territory. But at the same time, mysterious towers have risen throughout Eorzea as an Ascian attempts to wreak havoc. The question arises, are we stuck outside Garlean borders again? Personally, I think we’ll at least visit more annexed Garlean territories, such as the Golmore Jungle, where the Viera live, out in Dalmasca. But it’s up in the air as to whether or not we’ll invade Garlemand proper, the capital of the empire.

Some are wondering if there’ll be a new race as well. Unfortunately, we don’t really seem to have much of a hint about whether or not we’ll be seeing any new playable races. Plus, fans are still pretty salty that the last playable two races have locked genders and can’t wear half of the attractive hats in the game. So… we’ll see?

A lot of endgame-adoring players are excited about possible Ishgardian housing. Many argued that the Ishgardian Restoration was an in-world build-up to such, even though the districts within the Firmament were explicitly for the citizens of Ishgard per the story. However, many have also argued that the Firmament perfectly resembles a housing district: a certain number of plots, with an Aethernet to allow players to navigate easily.

Finally, and most importantly…

Where are our godsdamned Hildibrand quests!?

If you’re as excited as MMORPG.com’s FFXIV-playing staff is, the Announcement Showcase will take place at 5:30 PM PST and streamed on Twitch, YouTube, and NicoNicoDouga. (The last one’s really if you want those live on-screen reactions…) It’ll be followed by the Live Letter at 10:00 PM PST on the same channels!

What are YOU excited for this weekend?