It’s definitely been some time since I last wrote one of these journals chronicling my adventures in Elder Scrolls Online. However, having (not so recently) jumped back in, here’s what I’ve been up to in my time back in Tamriel.

When Greymoor released last year, I jumped back into ESO, but I never actually “completed” it. I played a decent chunk of it, mind you, exploring Western Skyrim and the like. But, because my playstyle is primarily exploration, I never actually progressed far into the main storyline.

However, the recent announcement of Blackwood and the release of the Flames of Ambition DLC were enough to inspire a return. To be honest, I was always going to jump back into ESO for the Gates of Oblivion content, so I’m not complaining too much.

When I last left ESO, I had just ranked up to level 48 – only two levels shy from Champion Level. Therefore, I was pretty keen to hit Champion Level and check out some of the endgame goodies associated with it.

One of the first things my friends and I did was the Black Drake Villa dungeon, one of the two dungeons in the Flames of Ambition DLC. I really enjoyed this dungeon. The dungeon design team at ZOS really know their stuff, and it showed. In fact, this is a theme you’ll see me return to throughout this piece.

I loved the boss fights, especially the final boss fight. These fights aren’t like your typical main quest boss fights you’ll find in the zone story quests. Those zone quest boss fights must work for both groups and solo PvE players like myself. Therefore, they can’t be too fancy and require one person to tackle multiple boss mechanics.

The dungeon boss mechanics, on the other hand, really shine with Flames of Ambition. I loved the sheer amount of movement required for our group to coordinate in order to take down the boss. It was thrilling and set a high bar for this year’s content. 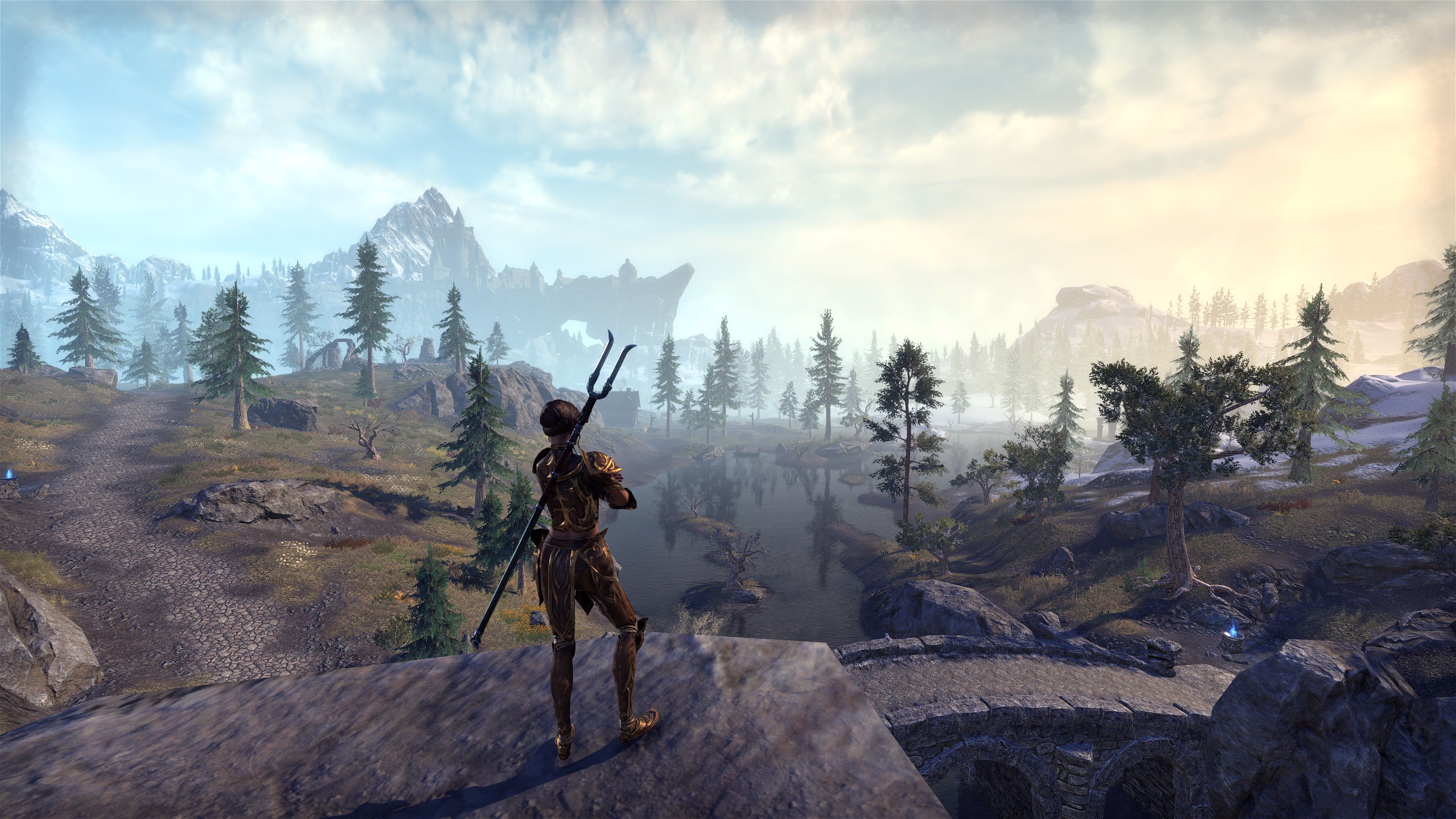 I should probably mention at this point that I’m our group’s healer. Anyone who knows me will tell you that I generally leave my friends behind, usually resulting in their untimely demise. I don’t know why I chose to be our healer, but perhaps because it’s something I haven’t done before and ESO seems like the perfect game to try such a role.

Healing has been incredibly fun, and I was helped out tremendously by the recent skill points refund. This allowed me to respec and create a truly kickass healer. And so far, it’s been working quite well, all things considered.

Sometime later, we played the next dungeon, The Cauldron. Man, if Black Drake Villa impressed me, The Cauldron positively blew me away. I absolutely loved the Oblivion aesthetic (literally) dripping from the walls and ceilings. The story in The Cauldron did more to set up the conflict for Blackwood as well. And that final boss fight, what a thriller! You can check out our full dungeon run below.

Soon after, I hit Champion Level. My buddy Leif, the de facto craftsman in our tawdry crew, graciously crafted me some CP armor and weapons. I’m a Necromancer who is specced for DPS in my PvE play, and healing in group play. This new gear has really helped me out and I feel pretty powerful while questing around and exploring in PvE.

Speaking of my solo PvE play, I feel like I’m close to the end of the main zone quest for Greymoor. I’m actually enjoying it more than I thought I would, considering I don’t really care for vampires of werewolves in Elder Scrolls games.

It’s great conversing and questing with Lyris again. I feel some of the other main characters introduced in Greymoor are performed really well, but I don’t think I’ll care much about them once I move on to a different zone. Elder Scrolls Online usually excels in creating memorable characters, and I think Greymoor is a stumble in this regard. 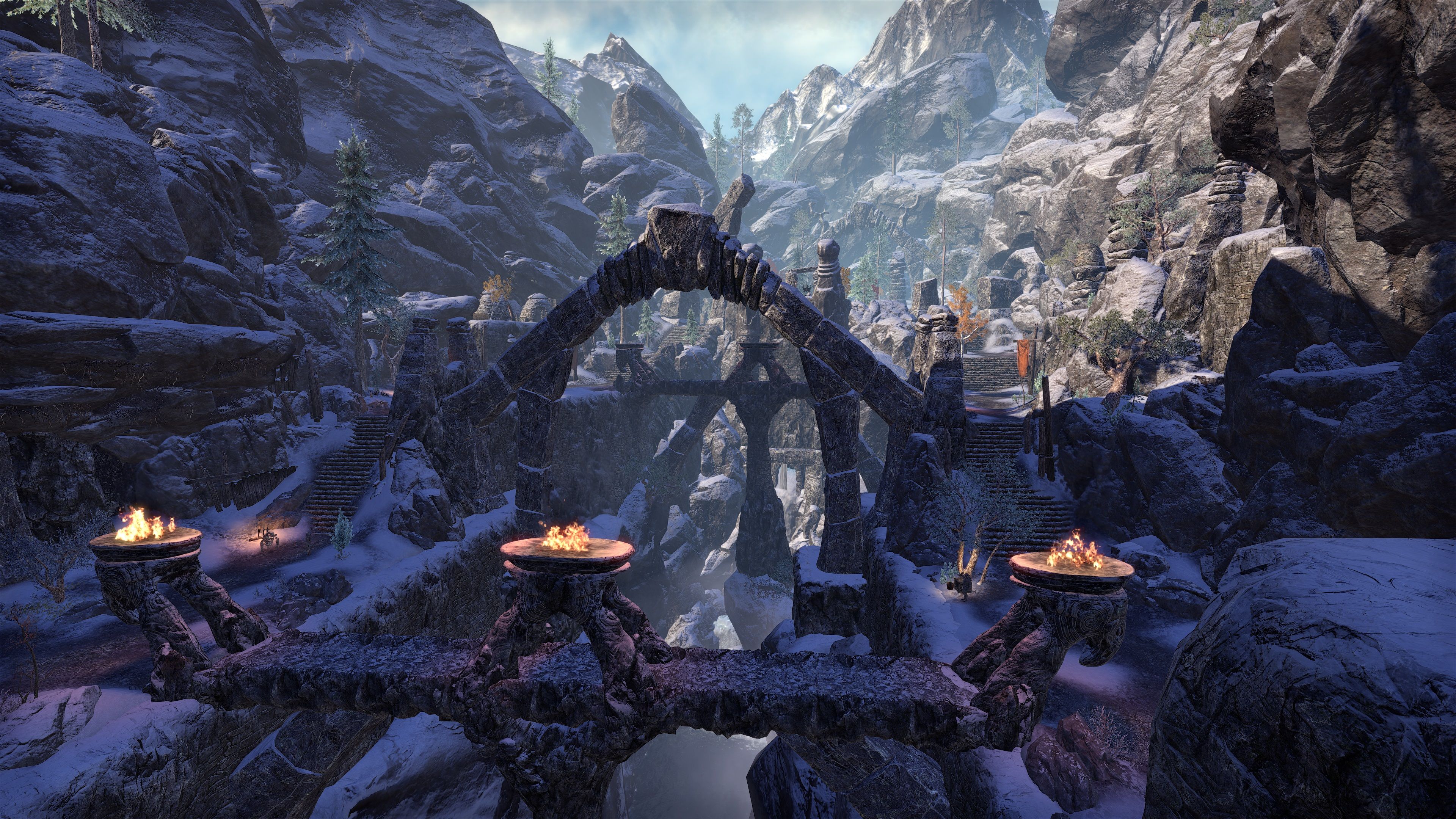 But that about sums it up for this journal. I’m currently CP 79 and having a blast revisiting Elder Scrolls Online again. I really do love this game. It’s the only MMO I’ve played which truly fits my preferred play style – solo adventuring and questing, and group dungeon running and boss hunting.

What I love most of all is the knowledge that I have so much left in front of me: Markarth, Thieves Guild, Mages Guild, Fighter Guild, Dark Brotherhood, plus all the other zones and stories. It’s pretty exciting. Let’s see where my next adventure takes me.