Blackwood has finally released on PC, Mac, and Stadia this past Tuesday. And I’ve been playing it! What have I been up to? Allow me to regale you all.

Admittedly, I’ve only been able to check out a few hours of Elder Scrolls Online’s latest chapter, Blackwood. However, what I have experienced has been an utter joy. As you may recall, I dove back into Oblivion in preparation for Blackwood. You can read my adventures in Cyrodiil here and here.

I’ll attempt to keep spoilers to an absolute minimum as most of you playing Blackwood are doing so for the first time (i.e. not having played PTS). I typically don’t play on PTS purely for that reason. I like going into the chapters/expansions cold. I always find PTS – in any game – ruins the magic, somehow.

When I first loaded into Blackwood, the closest wayshrine dropped me off at the outer gates of Leyawiin. I was instantly, and I do mean instantly, hit with a wave of nostalgia and recognition. There was the city of Leyawiin sitting at the mouth of the Topal Bay. 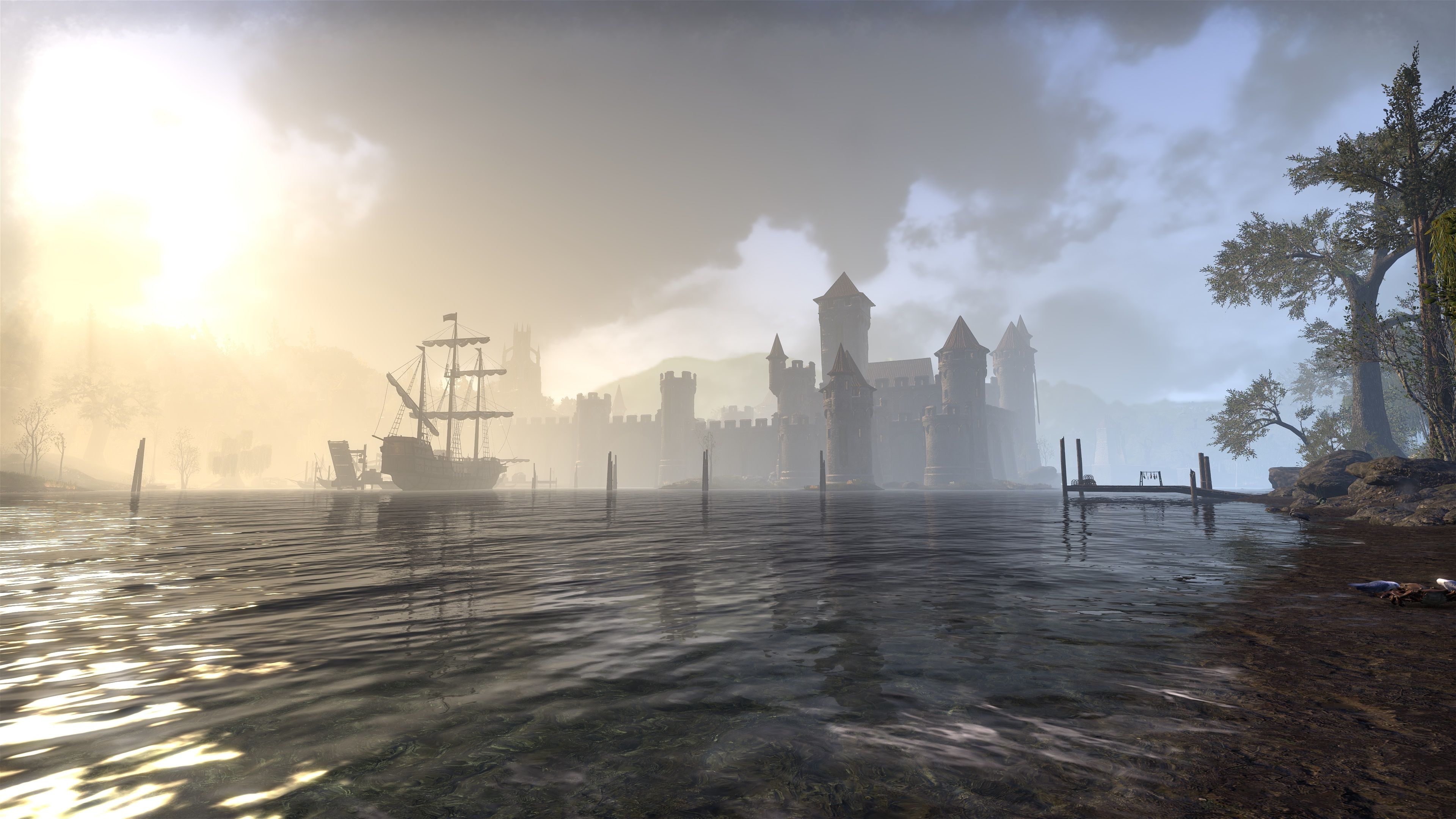 Honestly, it looked amazing, especially later on as the sun was setting. I spent the next several hours IRL wandering around the outskirts of the city, but still exploring just that small southwest corner of the map immediately flanking Leyawiin. I was thrilled to see familiar landmarks like Tidewater Cave. There were also Ayleid wells dotting the countryside. Of course, I couldn’t resist activating one. 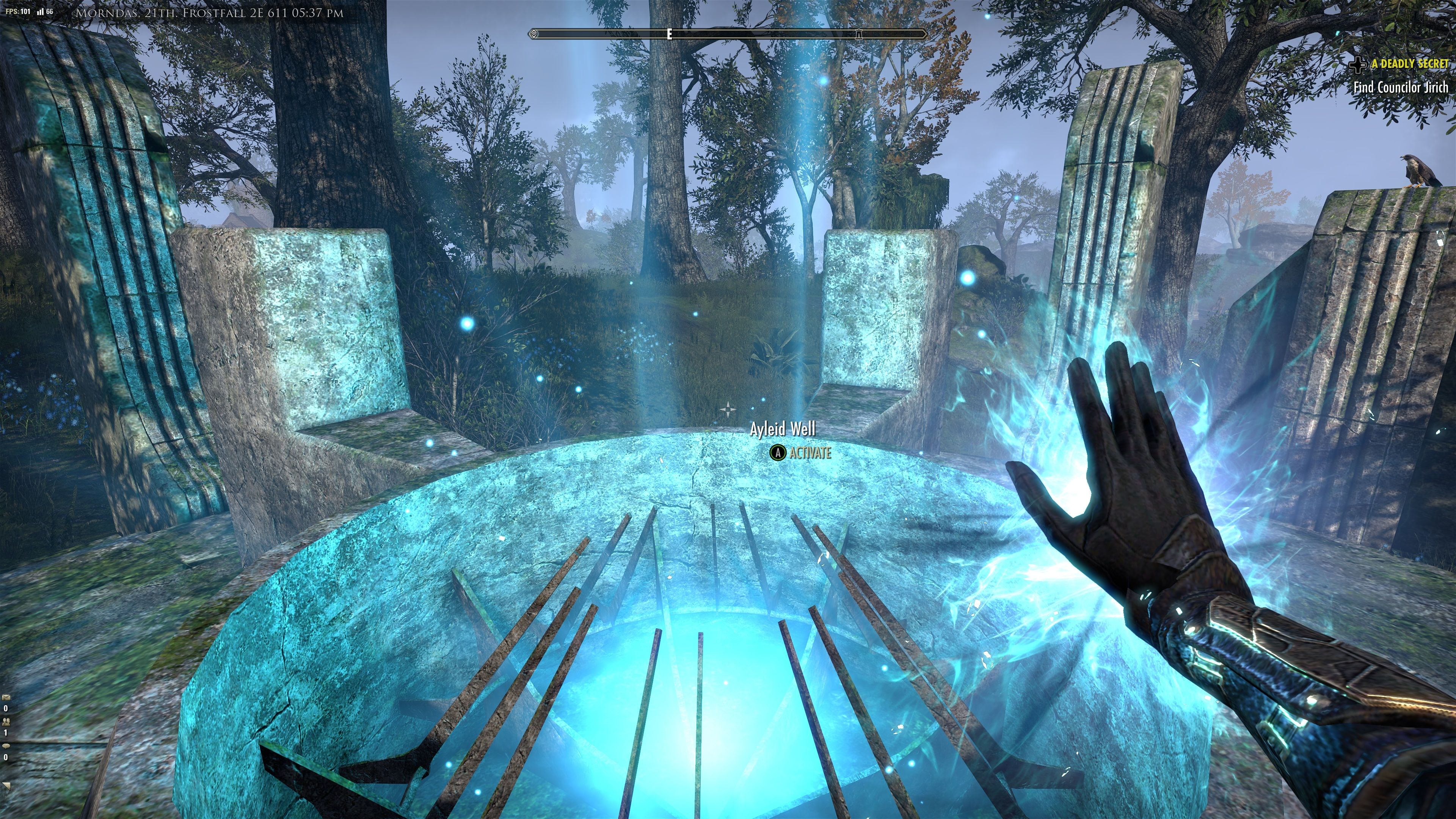 I kept wandering around, simply taking in the environment which I so dearly missed. It’s no secret that I loathe the fact a large chunk of my beloved Cyrodiil has been carved out for PvP, thus robbing me of glorious PvE exploration. Therefore, I avoid Cyrodiil in ESO apart from the Gold Coast occasionally. Being able to visit Cyrodiil in a PvE setting truly puts a smile on my face, and I’m happy to see chunks of Cyrodiil still unused to be hopefully allocated for future PvE zones. Most of all, I love how I can see White Gold Tower from Leyawiin’s eastern bridge. 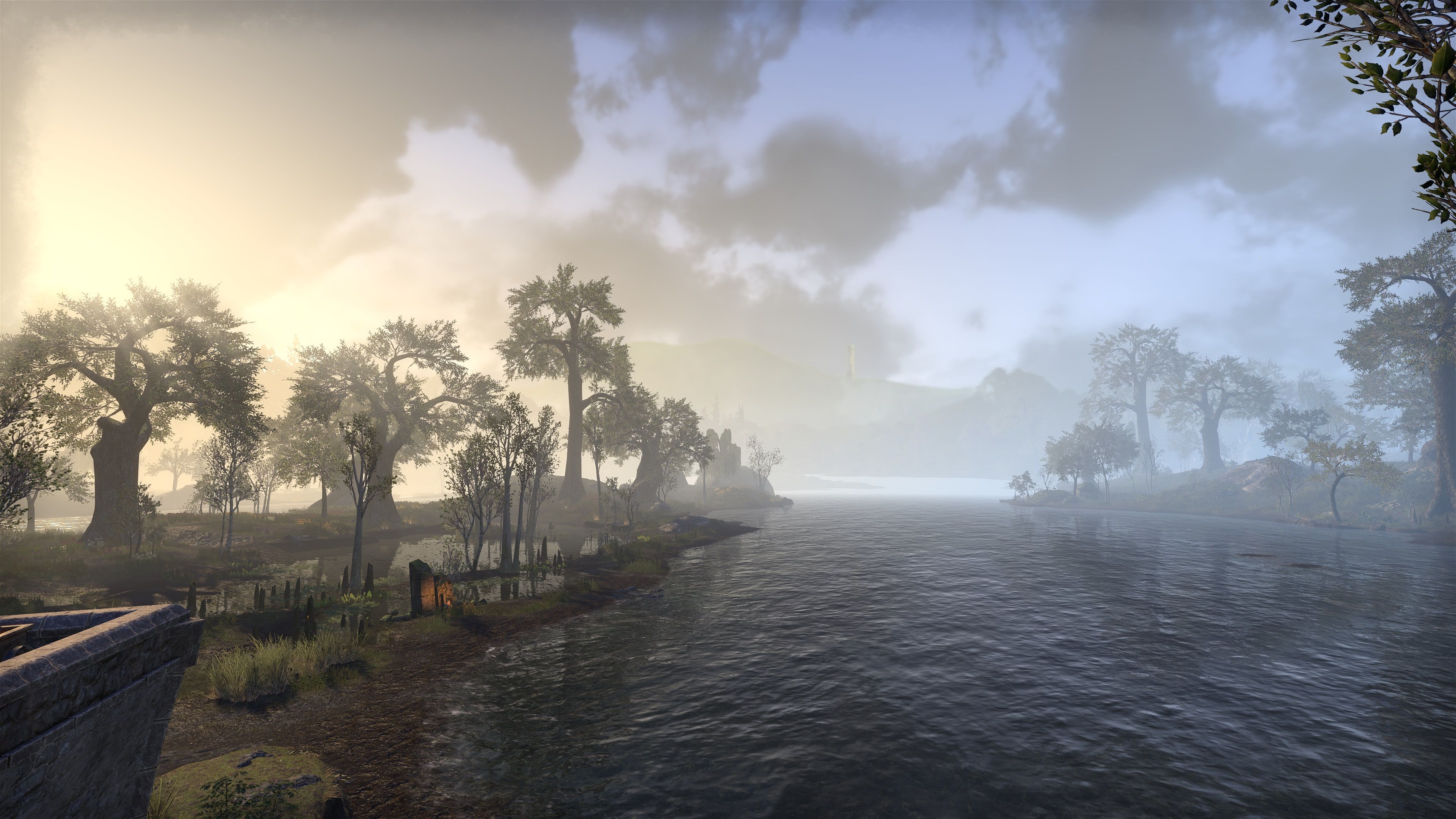 Blackwood – the region, not the chapter – is pretty much exactly how I remember it from Oblivion. It’s a swampy, muggy, rain-addled area. However, I feel the team has done a good job to differentiate somewhat from Murkmire’s swamp. However, Blackwood’s content – the chapter, not the zone – does extend east into Black Marsh, so I’m curious to see how ZOS has blended Cyrodiilic swampland with Black Marsh swampland.

I picked up the main zone quest and kicked it off just to get the ball rolling. I’m not one who beelines quests. I especially do not prioritize the main quest. Most often, I explore the crap out of a region, then focus on quests. This will be especially true in Cyrodiil.

I walked into Leyawiin proper and was again hit by that warm fuzzy feeling of nostalgia and recognition. Leyawiin looks familiar, yet different. Having played Oblivion for as long as I have, I know my way around every city. It was a joy to be able to navigate around Leyawiin, while also taking in some of the new additions. For example, the entire crafting section of the city is new. Old stomping grounds like the Three Sisters’ Inn hasn’t come to be yet given the timeline. Instead, we find the Kaladas Inn. However, the mighty Chapel of Zenithar still stands proud. 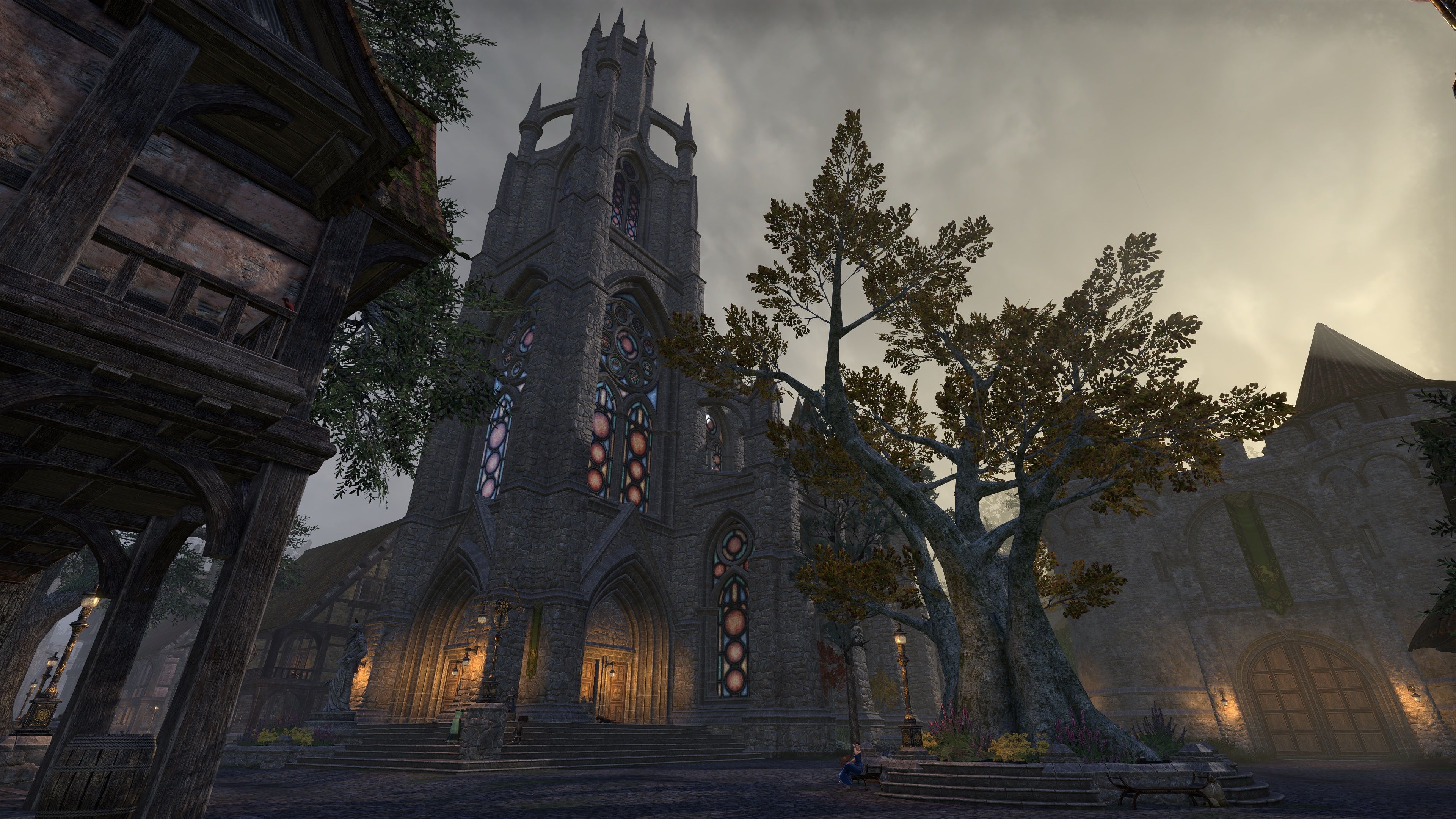 Overall, I’ve loved my first few hours in Blackwood. This chapter – more than any other chapter – will be a huge nostalgia trip. For some, that nostalgia trip was Morrowind. For others, it was the more recent Greymoor. But for me, it will be returning to the province which first introduced me to Elder Scrolls. Cyrodiil awaits.

Until next time, shadow hide you…