In any normal situation, even to the inhabitants of Final Fantasy XIV, going to the moon is a momentous, daunting task. And frankly, the storytelling of Endwalker constantly felt similarly lofty and ambitious.

If you’re willing to make that journey, Endwalker is a story that’s worth all that time, worth every second of catching up through the old tales so you can feel the full impact of the tale it tries to tell. And honestly, there’s no better platform it could have been told on than an MMORPG.

To be frank, it’s going to be hard to talk about the story being so good without spoilers, but I’m going to do my best to keep this spoiler-free, which means I’m going to be as vague as possible.

From nearly start to finish, Endwalker’s story presses at the seams with ten years of conclusive exposition. Leading up to it in the post-Shadowbringers patches, perhap the urgency of what was to come and what needed to be done was conveyed pretty well.

Not much could actually prepare anyone for the intensity of it: the scale, the speed, and what you experience along the way. By the time you reach the first trial, if you’re anything like me, you’ll be staring at the screen, wondering to yourself: “No, this isn’t the end. What the HELLS is going to happen next?” And you’d be right in wondering that, because as one character says, it’s the end of the beginning, and the beginning of the end.

My only objective issue with this aspect is that this means the pacing becomes jarring at times. After all, the faster you go, the harder you need to hit the brakes. It tries to recall the reasonable pace that made Shadowbringers’s momentum rather bearable, except when it slows, it almost feel like it stops, freezing some of the urgency behind the whole ordeal. Thankfully, this is only once or twice, and the scale of what must be done never really leaves the atmosphere.

At the same time, this also means that the light-hearted characterization that elevated the other expansions risked getting lost at times. Beyond the opening cutscenes, the story understandably prioritizes the story over highlighting what makes each character beloved. But by the second half, the story finds its footing well enough to bring these things back into the forefront, especially with new NPCs that I’m sure those who enjoyed previous expansions will adore. 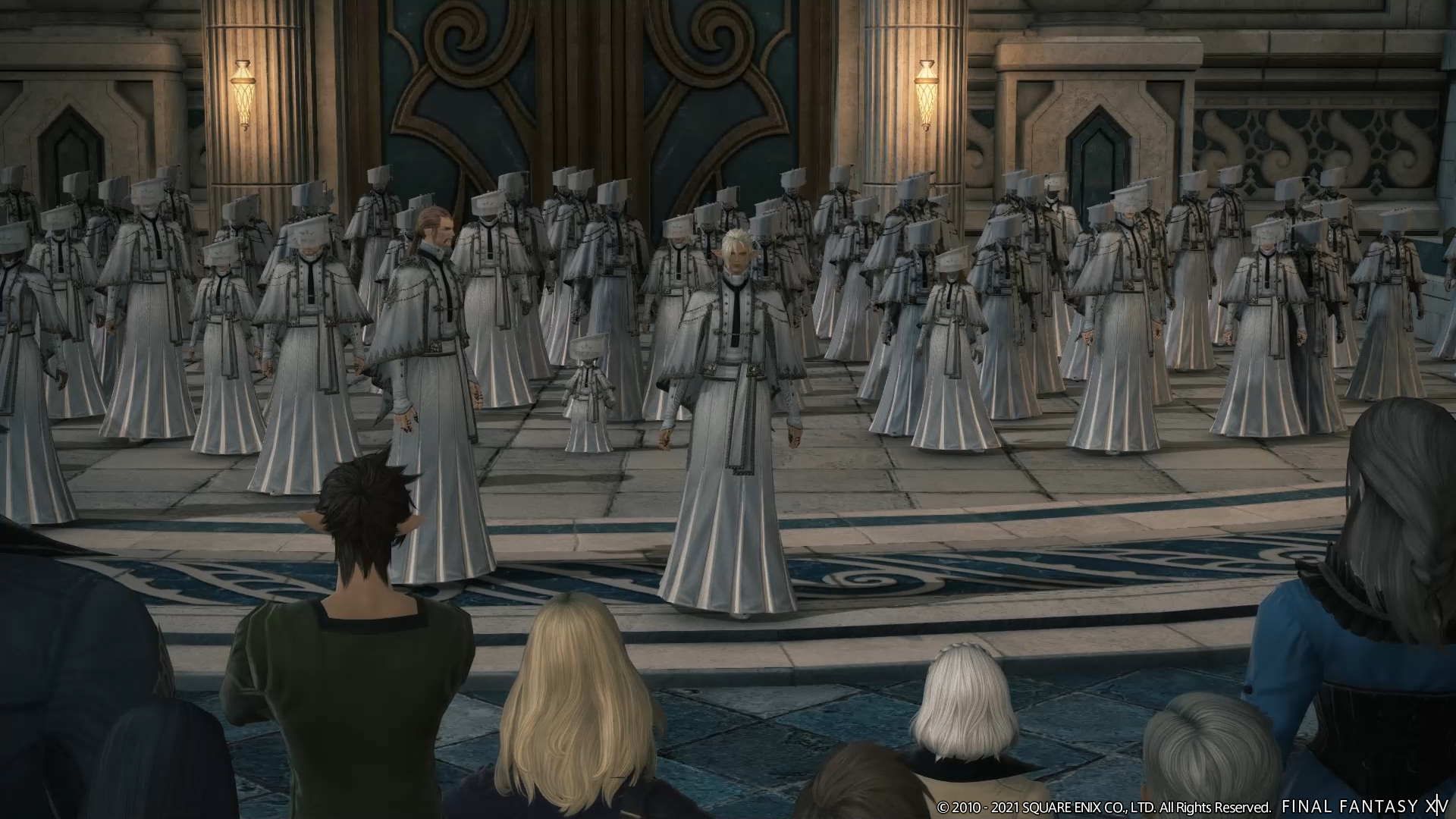 The other proper concern is probably more personal, and likely compounds on the fact that I binged this in a weekend, was tired as a result, and did have to deal with login frustrations like everyone else. Because it’s so intense, both emotionally and content-wise, it was a lot to take in. If you’re easily overwhelmed by things like this, I recommend taking breaks; don’t feel guilty to go at your own pace.

Despite this, I couldn’t imagine concluding the story of Hydaelyn and Zodiark in any other way but Final Fantasy 14 and the MMORPG format. I’ll talk about specifics another time, but the MSQ utilizes some new, interesting, arguably possibly tedious mechanics in clever ways that don’t entirely detract from the story. I say “tedious” because you can’t use your mount or teleport during these portions, but there’s payoff, I promise.

As an MMORPG, Endwalker ties together what brought together players into Final Fantasy 14 to begin with. Without saying too much, the story flies on unbridled, collective optimism and camaraderie that’s been much needed the past few years, through the pandemic and even before that for many of us. It’s clear, to be honest, they’re the same emotions that brought the developers together the past decade or so of working on this game. The want for something better while respecting the past, the drive to bring people together, and the determination to create something wonderful are evident in the game’s history and the tale of this expansion.

Endwalker also reminds us of how far we’ve come in this time. Throughout, NPCs and the Warrior of Light reflect on how far they’ve come, the bonds they’ve made and the triumphs they’ve overcome. And in real life, many of us aren’t the same people we were when A Realm Reborn had its (even rougher) launch eight years ago.

This is all nothing to say of every little detail that made the MSQ a joy to progress through. I may be understating such things so far, which is easy to do when there’s such a larger feeling to the game, as I’ve discussed. But the conclusion to such a massive story means nothing if the way there drags, and Endwalker, again, rarely feels like a drag.

Each setting is as or more stunning as the last. The writing is delightful and isn’t afraid to be dramatic in light moments, nor send a laugh in deeper conversations. The aether current quests only clearly scrape the surface in how lovingly the lore is crafted, and I’m thrilled to revisit the side story quests another time. And I do have complaints about certain quests, but none are so dramatically awful, bluntly speaking, that it takes away from the full experience. (I have friends that disagree with that about one mission, but I personally enjoyed it, so we’re going to label that one what us fangirls call a ‘squick.’) 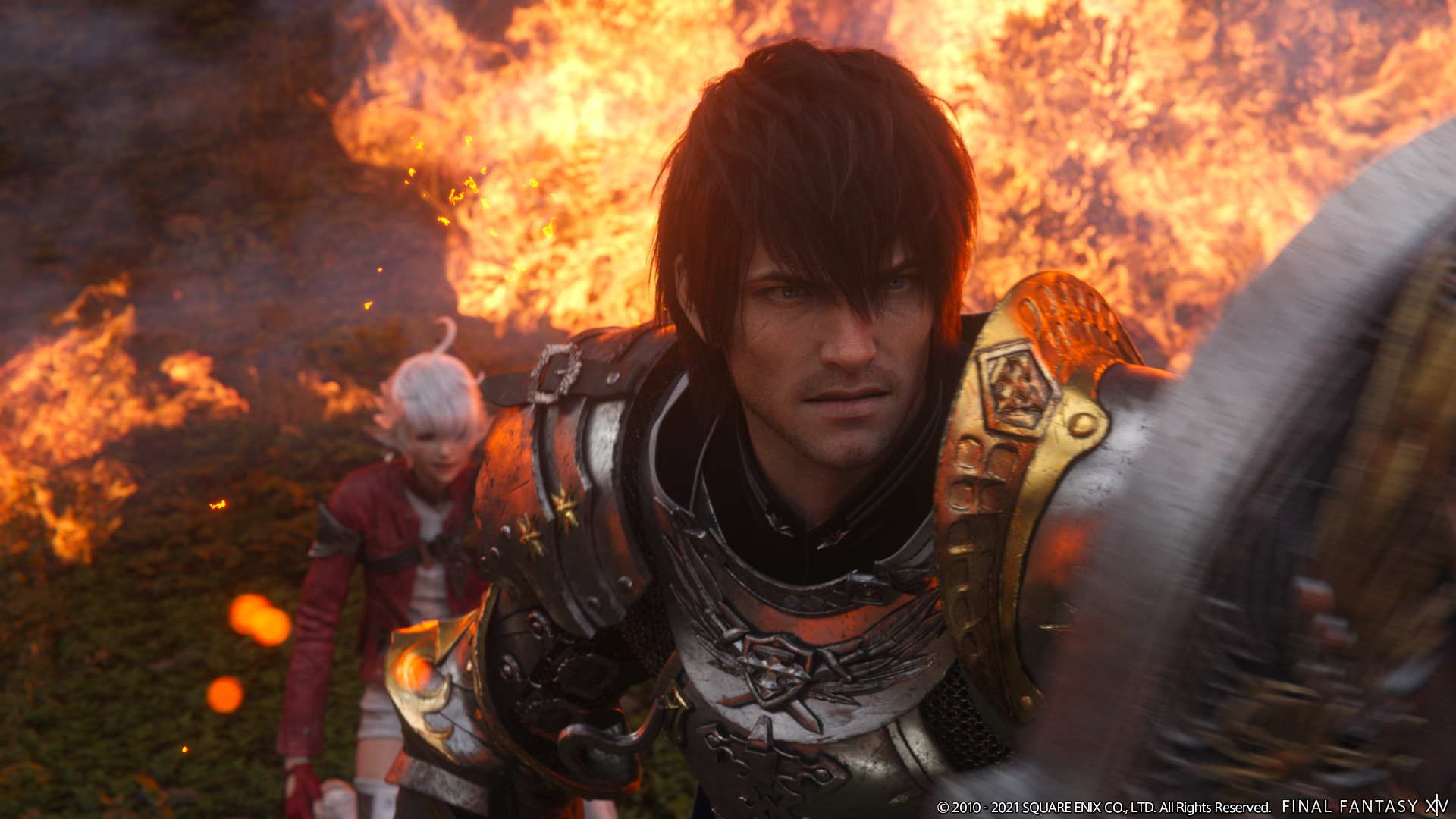 In short… honestly, I’m still kind of stunned. I finished this nearly two nights ago, and there’s a lot I’m personally still musing on, hence why I’m more comfortable calling this an early review. I don’t think it’s perfect, because very little actually is, but it’s objectively incredible. Quite a few points moved me personally, and all the while, the weight of what took place felt like a burden that I was willing to push on while carrying. For a story to do so well on any medium is a feat. To do so in a video game, where the standards are set high, especially by Endwalker’s other Final Fantasy predecessors, is nothing short of a miracle. But I guess, as one character puts it, miracles do happen every day.

In short, Endwalker is every kind of vast, immense and ambitious as a video game can be: emotionally, in the travels made, in the story told, in the quality of writing. It’s a daunting but successful triumph in video game storytelling. Whether you’re already caught up or planning on taking FFXIV on from the beginning, take your time and savor every moment, but forge on forward, because there’s just so much to cherish.