For many of us, playing games serves as a distraction from the veil of real life. Games serve as a temporary get-away from things like dealing with a job, family, or a global pandemic. Many of us that play role-playing games with extensive character creators, e.g., DC Universe Online (DCUO) or Star Wars: The Old Republic (SWToR), take the aesthetic look of our avatars very seriously. There are a couple of trains of thought behind creating a character’s look. Join me as I dive into some self-psychology behind my way of creating characters and see if you agree.

I grew up on comic books, and later in my high school years, on Star Wars. I’m not quite sure what it is but every role-playing game I play I tend to model my player characters after someone from the breadth of my fictional influences. 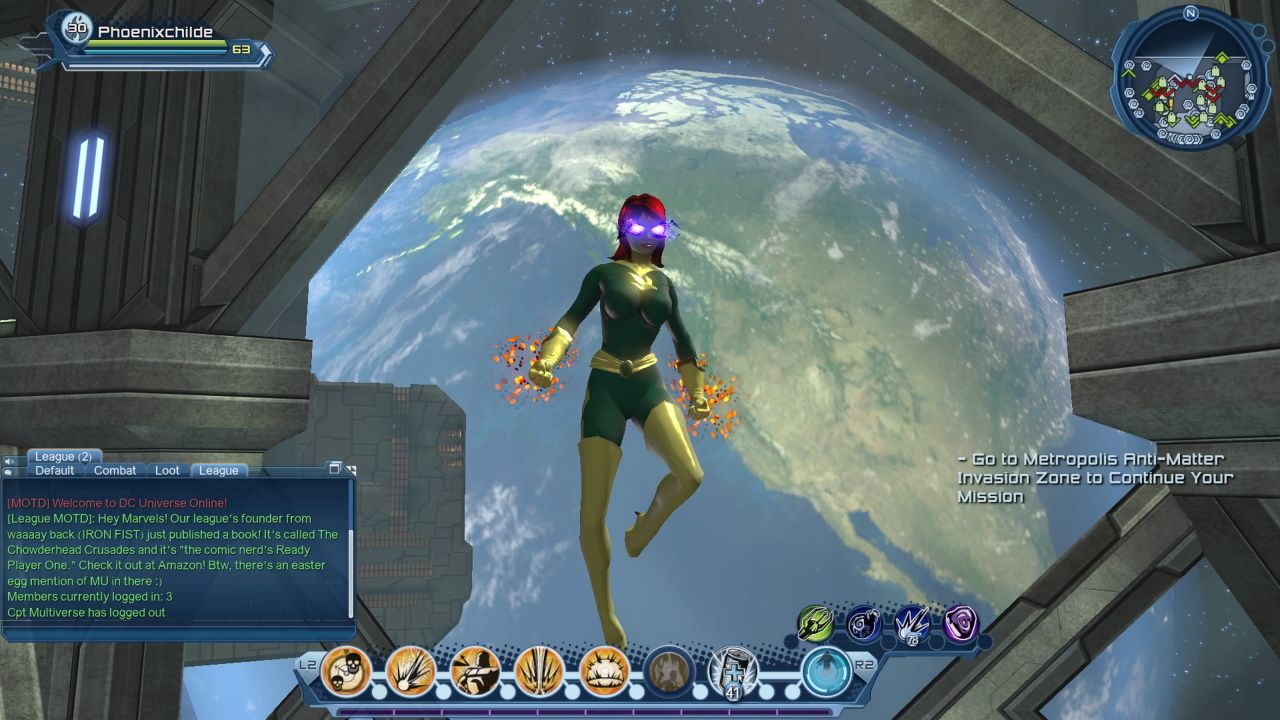 Jean Grey in a DC game?

For example, I’m the comic book guy playing DC Universe Online who styles his heroes and villains after Marvel characters. With the amount of DC inspired gear that the game makes available you’d have to ask why not model my characters after Superman, Batman, or the Flash?

It’s not that I love Marvel more than the DC intellectual property (IP) it’s just something I started doing early on. Perhaps it’s the challenge of trying to find the perfect styles in a game designed with another publisher’s characters in mind? Maybe it’s the challenge of finding style pieces that don’t easily create the character for you? 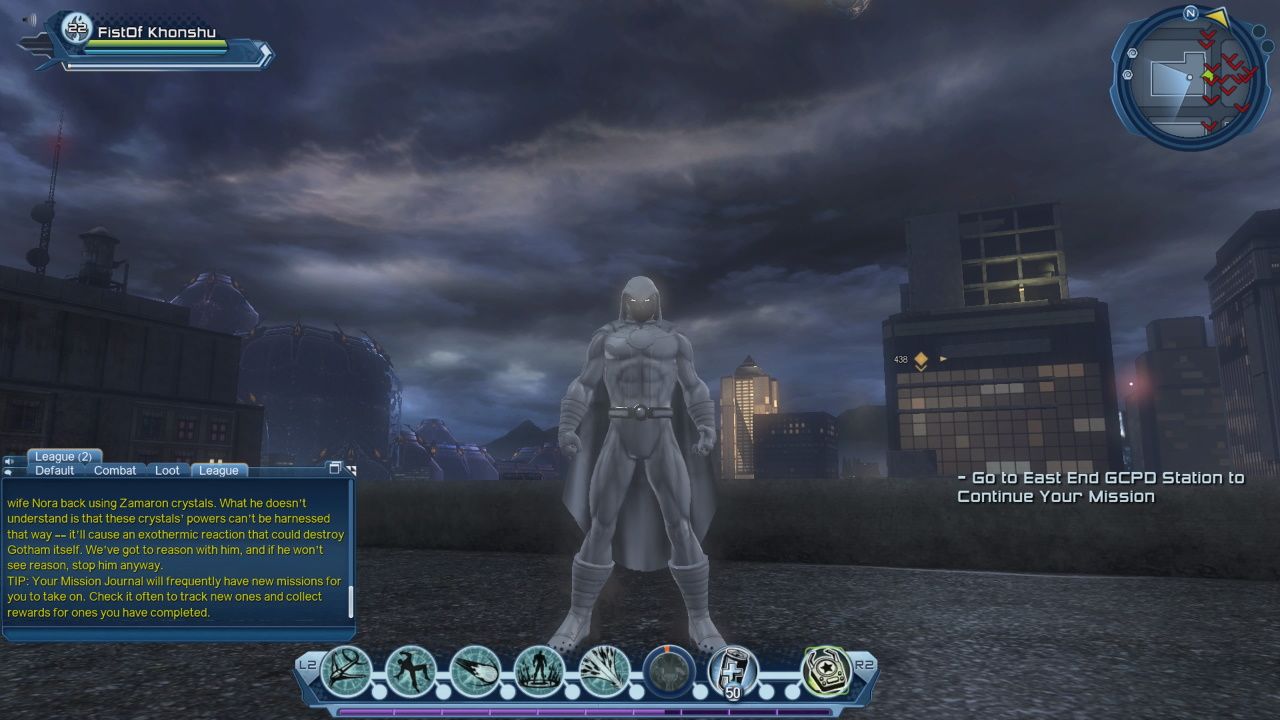 The Moon is out tonight!

There are some schools of thought that might say this is too unimaginative, perhaps laziness even. Does it take any less creativity to model a character after another IP? For example, you need to find the best matching pieces, items, etc. Some might say that takes more brain power than taking Part A, B & C and throwing them together quickly.

One could also call out in question whether this is copyright infringement. It’s certainly a concern if we were posting such things on social media platforms. But I’ve never heard of this phrase being used in conjunction with player created digital game characters. In fact, I’d venture a guess that Marvel might cherish the fact that people create their IP characters in the competitor’s game. It’s probably an interesting question to ask Jack Emmert (CEO of Dimensional Ink Games the studio behind DCUO’s development) of his take on it the next time I talk to him.

On some level, when you get down to it, it’s like dressing up for Halloween or partaking in cosplay. The difference being my form of imitation is in a digital sense versus the physical format of “dressing up”. Sometimes the biggest challenge isn’t limited to just picking the appropriate look but also in finding and selecting a name that does your imitation proud. 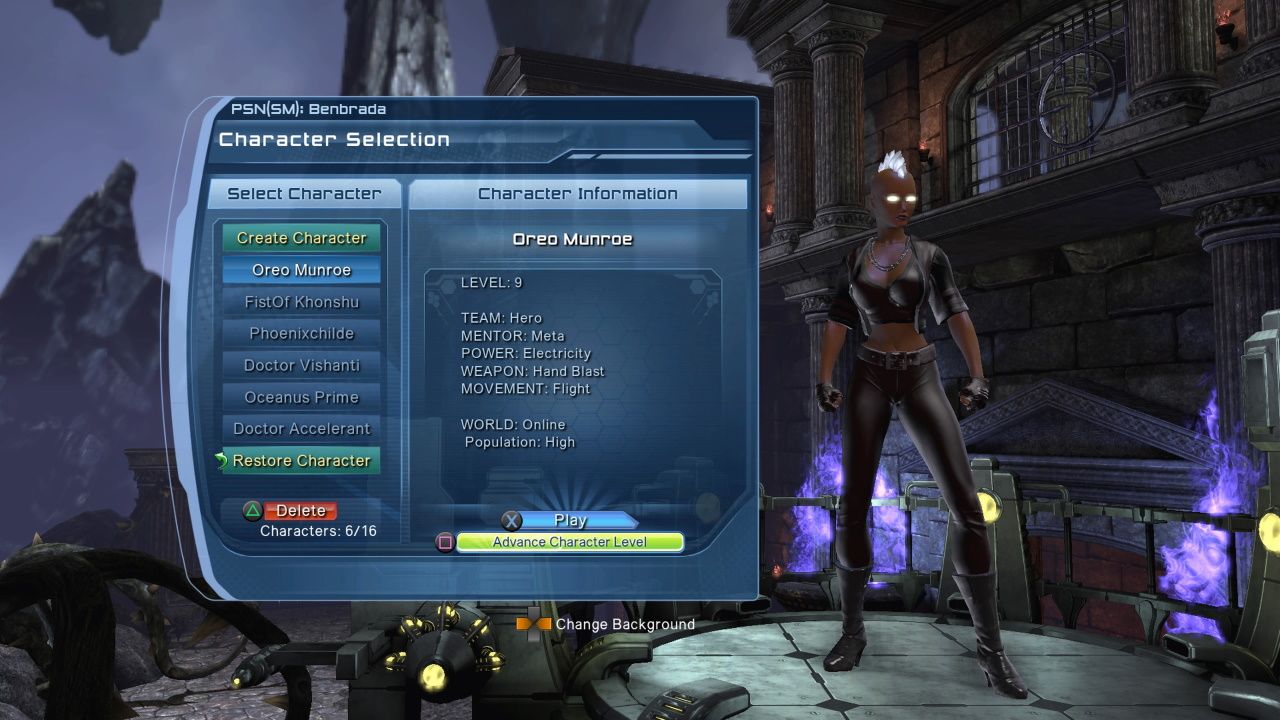 And I’m not in the minority either as I’m currently in a DCUO league called “Marvel Unlimited”. The only requirement is that your player character(s) need to be modeled after a Marvel character.

It’s not an isolated group of people with this same mindset as there are a lot of examples of people doing this same thing with different IPs. There are many YouTube videos that show how to make certain characters in certain games, what styles to pick, etc. In some ways it’s quite uncanny at the research time and the depths some of these people have gone to accomplish the look of a single character.

There are also wardrobe sub-Reddits for DC Universe Online and Star Wars: The Old Republic of people proudly displaying their take on famous fictional characters. It even gets to the level where other players comment on a post on how the opening poster can take their character a step further. It’s quite uplifting and inspiring of how you can sense the pride of the sense of accomplishment of these people who post their imitation creations. 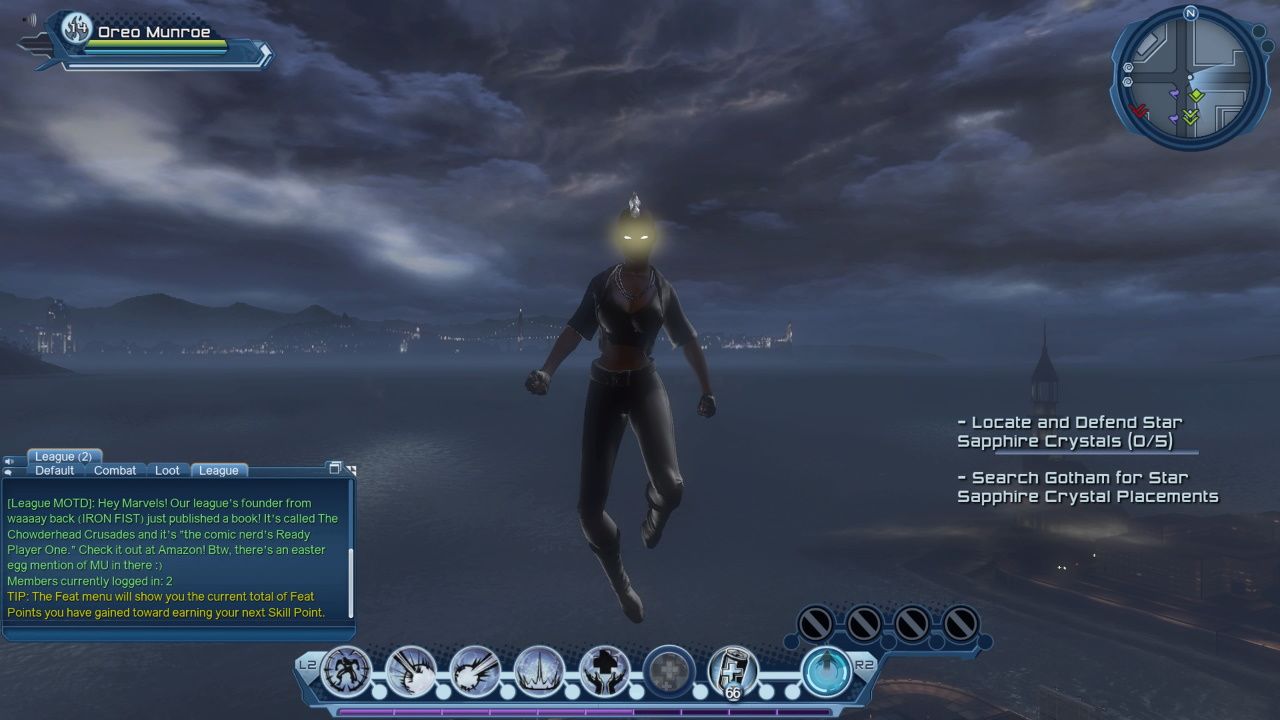 On the flip side there’s a group of people who’ll create the craziest looking character they can. They’ll go wild with colors, choose ten horns sticking out of their backs and call their character “Stinky Bits” or something of that nature. And being human I can sometimes be immediately wrongly judgmental. My initial reflex is to think “why can’t that person take this game seriously”? And then I remind myself these are only games, if that’s what makes a person happy then so be it.

And thankfully most gaming communities I’ve been involved in, i.e., DC Universe Online and Star Wars: The Old Republic, the public has been positively receptive with this choice of flattery. In the DCUO Reddit there are always people asking for help to identify a style and the community is quite willing to help and are pleasant about it.

Imitation Is the Sincerest Form of Flattery

While we’re all free to make our own choices, we can either blame or praise our favorite games with these powers of choice character creators. The best ones allow us to make these choices that eventually lead us into escaping our real lives in fashion, even if for a little while. While the saying goes “imitation is the sincerest form of flattery” it’s certainly one I choose most often when creating my lifelong in-game characters and I proudly stand behind that decision. Let us know in the comments below if you think “imitation” in character creation is the “easy way out” or not!