It's the fall of 2001. The United States is still reeling from the bloodiest terrorist attack in history. The world is in turmoil. The dreaded War on Terror is about to get underway. And in October that year, barely a month after the Twin Towers fall, a small and little-known games company called Mythic Entertainment with no prior MMORPG experience releases Dark Age of Camelot (DAoC). The game would go on to sell a record 115,000 units within the first month of its release, and eventually close to a million copies all over the world. Given this backdrop, perhaps it is not so surprising that people in 2001 needed an escape to a world of chivalry and Arthurian knights, Trolls and Elves, Lurikeen and Kobolds, and away from the horrors of everyday life?

But that is almost exactly two decades ago, and DAoC is now approaching the big Two-Oh. While the game's population has shrunk significantly from tens of thousands of simultaneous players at its prime and with significant ebb and flow in active players at any point in time, it is remarkable that there is so many people of different playstyles who still continue to pay their monthly subscriptions and log in day after day. Why do we all still play this game, a game that is truly ancient by internet standards?

So I put this question to the test by posting the following to various DAoC Discord servers around the internet: DAoC is now close to twenty years old. Some of you have played from the beginning; some of you are new to the game. There are many offerings for gamers in 2021, both online multiplayer and single-player. Why do you still choose to spend your time in DAoC? How long have you played the game? And what do you think about the future of the game and your involvement in it? Below is my summary of the responses I received.

One of the unique aspects of DAoC, and perhaps the key to its longevity, is its Realm-vs-Realm (RvR) system where the player-vs-player combat is drawn up in three separate realms locked in perpetual combat in the game's frontier. While New World has a similar three-faction system for its PvP, and many games have also had faction systems---such as Warhammer Online with Order and Chaos, World of Warcraft with the Alliance and the Horde---the DAoC implementation is the original and arguably the best: the realms are truly apart (all PvE is done separately), the classes in all three realms are different and asymmetric, and there is a well-developed siege warfare system in the frontier zones. "I've played almost every MMO and still come back to this," says TidBittler. "If you've had the best, it's hard to settle down." 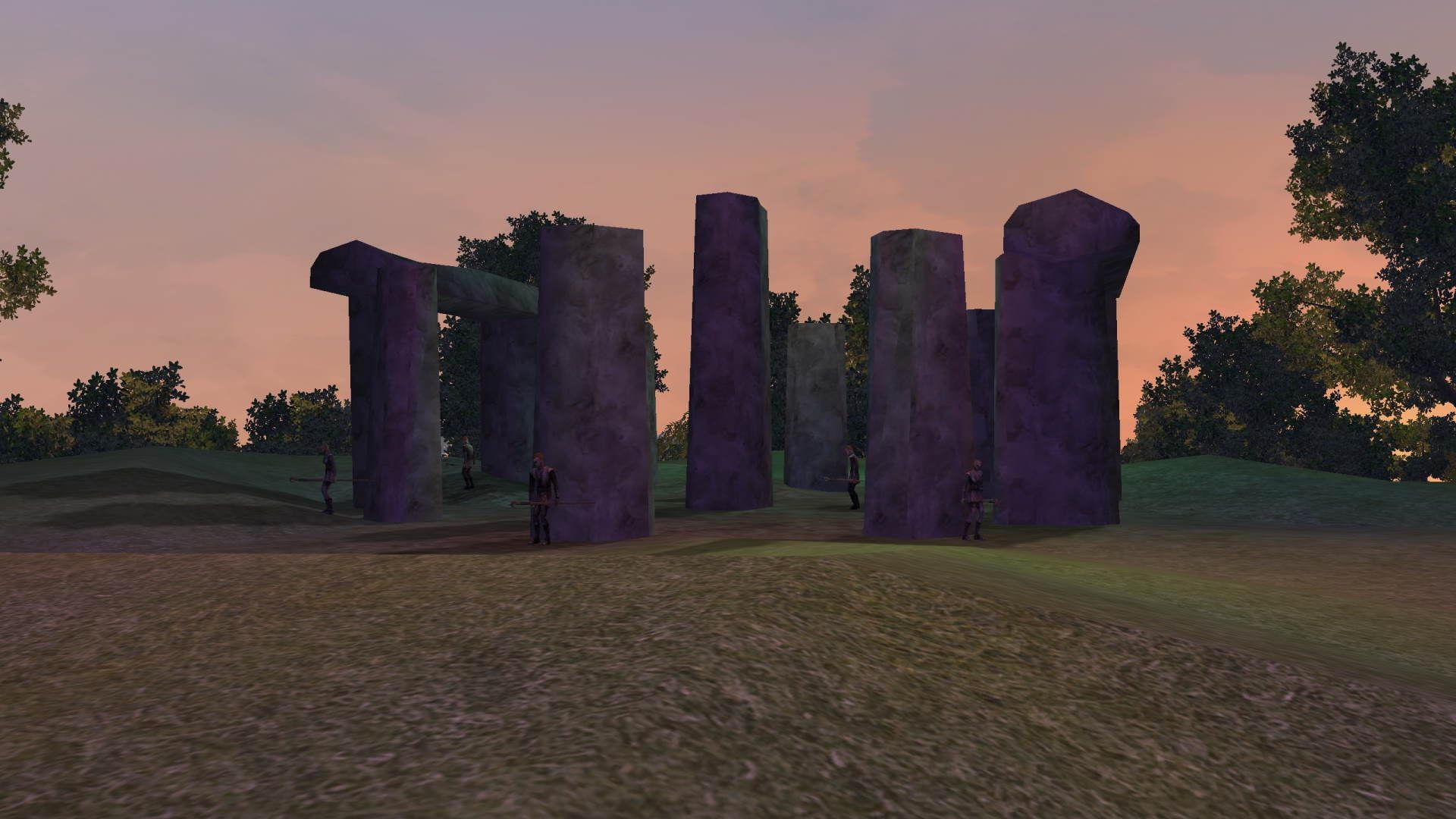 District, who switches between RvR toons depending on what his group needs, takes the sentiment a step further: "After I played Dark Age for the first time, I realized I didn't even really want to play any other PvP games. DAoC's PvP is simply unrivaled."

Says Tuneses, who co-created the player-run 8-man drafts on the live servers: "For me, it's the rush of defeating enemy players in DAoC. Nothing comes close."

Zyzix, who is a veteran of many MMOs, points his finger at what makes DAoC different. "DAoC is great because it's not perfectly balanced. [...] The fact that no class is alike is awesome, and that slight imbalance is what makes it not boring and not repetitive. Asymmetry is good."

Of course, in its twenty years of active servers, DAoC has seen its fair share of competing games, many of them stealing a sizable portion of the population. Perhaps its all-time nemesis is World of Warcraft, which was released in 2004 and permanently pulled a great many players away from DAoC. "I enjoy WoW a lot," says TidBittler. "[But] no other game comes close [to DAoC] really." Respen, whose blademaster was once feared in the frontiers before he retired it, agrees. "I logged into [World of Warcraft] for about three minutes and that was enough. It was too cartoony, it felt like DAoC lite."

But trouble is brewing. Amazon's New World just went live at the end of September, Crowfall was released earlier in the summer, and the highly anticipated Ashes of Creation is on the horizon. DAoC has weathered a lot of storms over its 20 year life, but how many more can it withstand? Respen puts words to this sentiment: "Hands down the population is the biggest issue. [...] I would love to see the game make it to Steam, or the Epic store, or something to help the population."

Future worries aside, there's a whole generation of current DAoC players young enough not to even have been born when the game came out in 2001. Kasper and Ross, who both number among the top DAoC 8-man players on the live servers, started out in the game as toddlers. "I got into this game in 2005 when I was three years old playing on my parents' accounts," says Kasper. With his father Suberic primarily playing different solo casters on Midgard, Kasper basically grew up around DAoC. "Over time as I grew up and could actually understand the game and it's mechanics to the fullest, I realized there wasn't anything else like it," he says. "I still love other games like shooters, other MMOs such as WoW, and MOBAs, but despite how buggy DAoC is I have yet to find another game with similar gameplay/mechanics."

Ross has a similar story: "My Mom played and got me started for jokes when I was young." At first, both Ross and his brother Auti were crafting for their mother, and only later would they begin to discover the game on their own. "In 2013 I revisited it, but not for long. Then I came back around 2017-2018ish and really committed this time," explains Ross. "When I was younger [and played the game], one of my fondest memories was dueling in the Labyrinth and seeing the legendary cleric Castertroy." In his quest to get better at the game, he spent a lot of time watching videos of other players such as Castertroy, as well as making his own. "I stayed because DAoC isn't like any other game," he says. "Even if the graphics and stuff may not be as modern, the PvP and mechanics that are instilled into DAoC are one of a kind and you can't find anything else like it in other games." 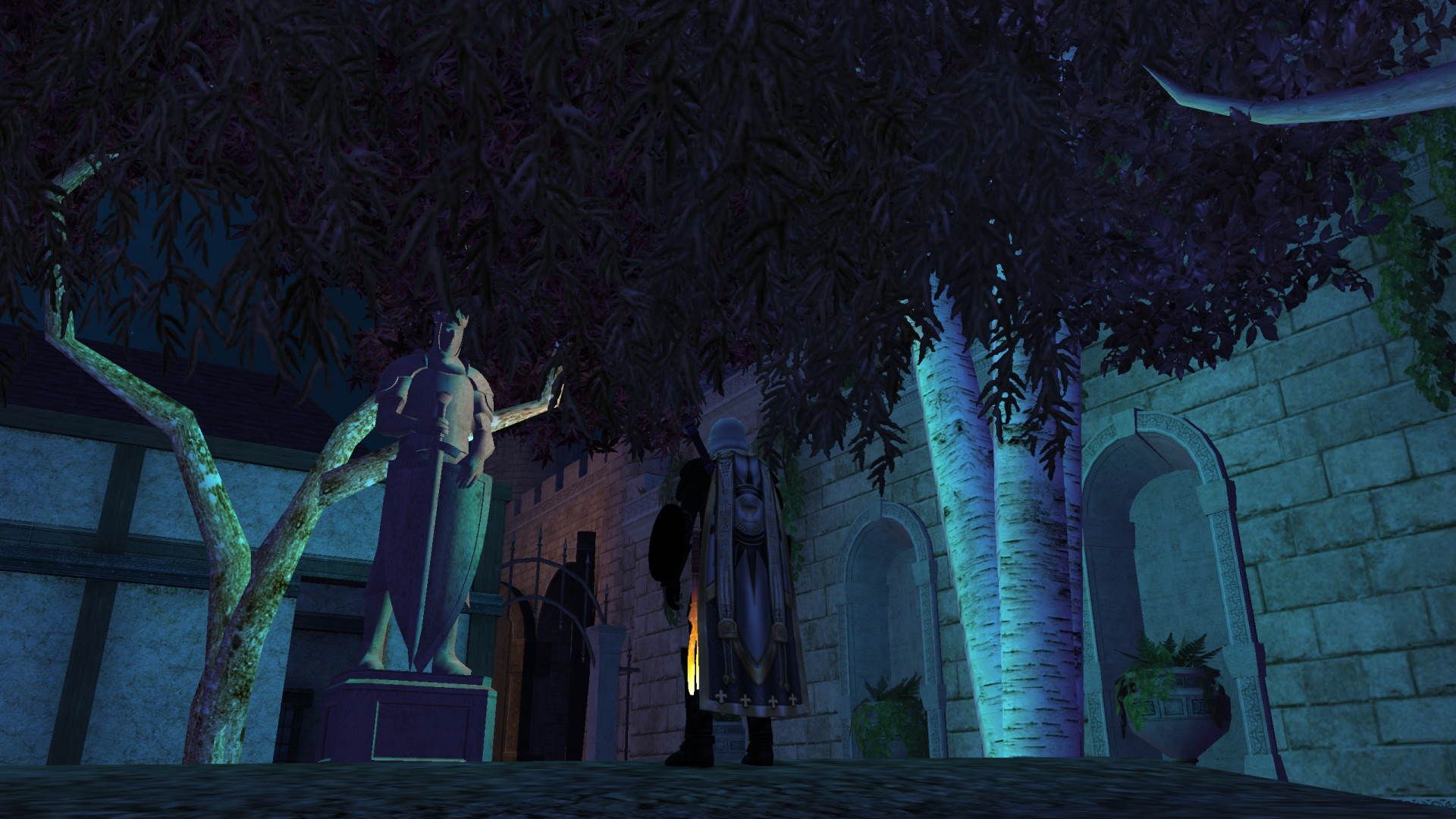 Boinger, another DAoC teenager, has similar sentiments: "My dad got me into the game," he says, speaking of his father Kobtalf who is still an avid DAoC player. "The game is just very, very unique [in] the way casting and interrupts exist. It makes the game feel fluid in comparison to games like WoW. [...] Also, the way that [crowd control] is one of the scariest things in the game isn’t unique to DAoC, [but] it is amplified by how much of it there is."

Games in general are about escapism, and MMOs with their vibrant, living worlds are particularly good places to spend time away from the real world. TidBittler expresses it this way: "When my grandpa died, I logged on for DAoC... [when] my dad died, I played DAoC... divorce, I had DAoC."

Respen has similar experiences from his early days of playing the game: "I was in my early 20s and in a volatile relationship so I used DAoC as an escape." He continues: "I choose to still play DAoC because it is like a security blanket. It’s nice to hop into a voice chat with people you’re familiar with and decompress a few hours a night, have some laughs, get some kills."

As Respen's comments indicate, MMOs at their core are online communities, not just games. The social aspect is certainly a big part of why these games tend to become so long-lived. Says TidBittler, "it's a family… I've met these people [in real life], and we often exchange birthday and Christmas gifts. I'm fairly certain I've visited most in my travels over the years." Kasper, who is part of the 8v8 group dubbed IRC, agrees:  "[One reason I still play is] the people I've met over time." And it's not necessarily friendships that were forged at the beginning of the game. Says Respen, "at this point it is the friendships I have forged in the last two years that have really kept me motivated to play the game."

Just like for Kasper and Woke, sometimes it's their actual family who get people into playing Dark Age of Camelot. "Back when I was little and the game was released, my father played from Day 1, and he got our whole family into it," says Smashen, whose main character is a high-ranked Warrior at the frontline of Midgard's RvR combat. "If [the game] had more population for the size of the frontier, it would be much more fun to play even today."

The latter is a perpetual worry for many DAoC players. With a history spanning almost 20 years, DAoC has not been the fancy new MMO on the market for a very long time. The population has held remarkably steady for a long time, but new games and DAoC developer Broadsword's poor customer relations are constant threats to its future. While Broadsword has long promised a new server with an alternate ruleset, some people in the player community are worried what this will mean for the game. Or, as TidBittler puts it: "[I worry about Broadsword] making a new server and splitting up the already dwindled population." District agrees: "I do think a new live server would kill the game completely, no question."

Fortunately for Dark Age of Camelot, an ardent core of the player population has stayed true to the game through all these years. Loyalty to an ailing software product is not unique to DAoC and MMOs---just witness the vehement Word vs. WordPerfect rivalry in the 1990s, with some die-hard WordPerfect fans spurning Microsoft's more polished and user-friendly product for essentially being "too easy" to use. But MMOs surely are special in that so many players dedicate not just a lot of their time into their game of choice, but also so much personal attachment to their characters. Perhaps that's why MMOs shutting down can be so emotional to so many people, with hundreds of the dedicated players often joining together in a final gathering to say goodbye to their community and game. While DAoC is not yet at this point, surely the game will not be alive to see its thirtieth anniversary, let alone its twenty-fifth?

For TidBittler, it's about closure. "I was [there] at the beginning," he says, "and feel I should be there at the end."

But then again, who's to say we will not be penning another column like this in ten years? After all, DAoC has a 20-year history of surprising us all. Happy birthday, Dark Age of Camelot!