On Saturday, July 24, 2021, the long-running and highly popular Dark Age of Camelot freeshard Phoenix was announced to be closing by the end of August. In a Phoenix forum post titled "The Sky Is Really Falling This Time", gruenesschaf, one of the creators behind the freeshard, explained the reasoning behind the decision and the remaining timeline for the server. Eventually, gruenesschaf explained in a rather fatalistic fashion, every online game—freeshard or not—reaches a point after the hype has died down and player interest has waned when the player population is just too small to warrant the server's continued existence.

Of course, to contradict this point, the official live Dark Age of Camelot (DAoC) servers are still running and have been up since the game was first introduced in 2001.

When Phoenix was launched in 2017, almost four years ago, the server was hailed as a fresh new take on DAoC that harkened back to its roots before the game's major expansions that some players claimed "ruined" the experience. The launch came at a time when the live classic servers had been retired, which meant that there was simply no way to access the pre-expansion classic ruleset anymore.

It was a vulnerable time for the live servers, and the Phoenix star was strong. Many people jumped ship from the live servers managed by Broadsword Games and joined "the bird", as the server was affectionately known as, starting entirely new careers from scratch and building them up in the realm-versus-realm (RvR) PvP gameplay characteristic to DAoC. It was a good time to be a Phoenix player, with server population routinely surpassing that of the live servers, often by a lot. What's more, the Phoenix developers were dynamic and responsive to the player community, even adding original new events, such as the "Level Playing Field" where players leveled their toons to 50 solely through PvP combat, an event Broadsword adopted back to the live DAoC servers.

But, of course, freeshards are fickle, and now all this progress is lost with the closing of the bird server. For many players this represents years of labor, and while you can claim that the main draw of DAoC has always been the shared experiences of RvR combat and not the resulting realm points, equipment, and loot, the fact remains that these characters will soon be as if they had never existed.

And this is precisely the point. Playing on a freeshard is risky because, unlike live servers where developers collect a subscription fee or an initial purchase price, a freeshard is sensitive to the whims, interests, and budgetary constraints of its developers, most who run the servers as a hobby project using their own money. Freeshards are not businesses, and thus do not obey the basic rules of profitability and investment.

The flip side is that because they are not businesses, most freeshards are free-to-play. This is almost a given because server emulator software is already in legally questionable territory, and actually charging players would put the servers squarely on the wrong side of the law. But it should not be forgotten that the ability to play without paying is a significant draw for many players. 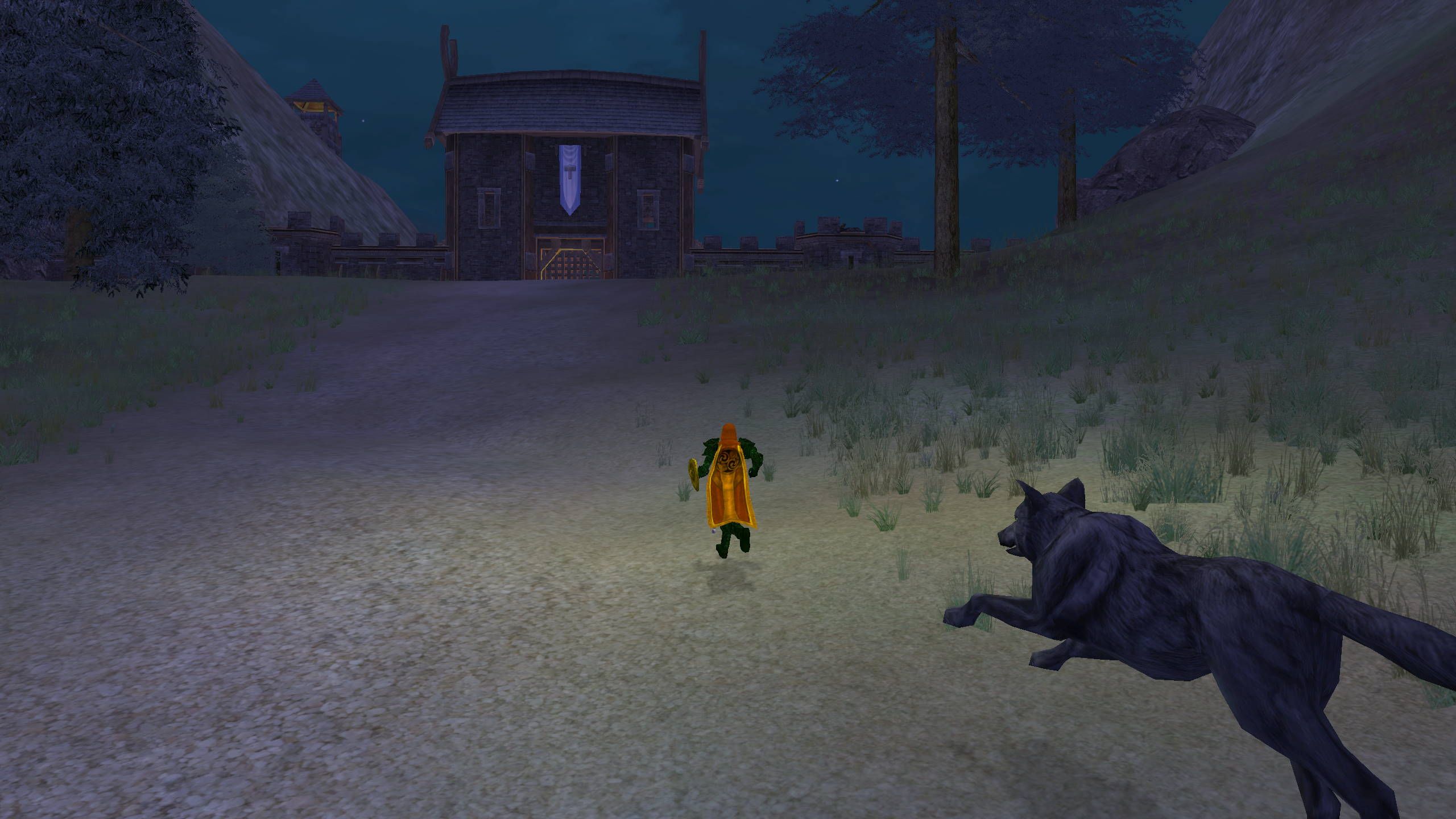 Freeshards are also the saving grace for many games whose official servers have already closed. For example, the Return of Reckoning server is a vastly popular Warhammer Online freeshard that since 2014 has been providing a place for Warhammer players to continue the fight between Order and Chaos even after the official servers closed in 2013. Private World of Warcraft servers, while often pursued legally by Blizzard, were the first to provide a classic WoW experience long before Blizzard launched their own classic servers. And Star Wars Galaxies, which officially closed in 2011, has a lively ecosystem of freeshards to choose from for players who are not ready to give up their adventures in a galaxy far, far away.

For DAoC, the freeshard community got started in 2003 when the Dawn of Light (DoL) server emulator was launched. Phoenix was not the first DAoC freeshard, and not the first DAoC freeshard to close its doors. Released soon after DoL, Uthgard was an early offering, and continues to run to this day but with a very small player population. Genesis was a way station to Phoenix. Alteri is a "arena PvP" freeshard focused entirely on high-level RvR combat. Many additional small servers exist, several of them now defunct. Looking to the future, a new freeshard titled Atlas with the classic DAoC ruleset is in the works. The Atlas Discord includes close to 3,000 players even before the server has an official launch date.

But why did Phoenix fail? There are likely many reasons. Some claim that the Phoenix developers were almost too responsive, and that many of the server's travails were due to pandering to vocal but minor cliques that caused outsized changes to core game mechanics. Another possibility may be that even the classic ruleset became stifling to both players and developers, turning the game's main selling point into a liability inhibiting further improvements to the game. A third significant factor is likely the waning player population. Phoenix developer gruenesschaf notes in his closing announcement that the server was close to reaching a critical tipping point already in March 2020, and that only the pandemic lockdowns provided the necessary influx of new players to motivate keeping the server running. This adds further to the flimsiness of the DAoC freeshard community. If a server like Phoenix can die, even as early as in 2020, then is there really a freeshard that is safe, now or in the future?

And what's next for the Dark Age of Camelot, a game that was introduced in 2001 and stubbornly refuses to quit? The official Ywain cluster is currently experiencing an upswing in population, presumably from Phoenix players swarming back from their closing server, but the future looks uncertain. The Atlas freeshard is on the horizon, promising yet another classic freeshard experience for those brave enough to invest their time anew. Broadsword itself has long promised a classic server to be released, and with the game's 20-year anniversary coming up in October, speculation about its launch is rife. But at the same time, newer and more modern MMOs such as Crowfall and New World are arriving or are already here, beckoning players with their superior graphics and mainstream player populations. Time alone will tell.