What a week, right? My own studio’s closure is too recent for me to have forgotten what it feels like. Not that I've had a lot of opportunity to forget, considering I've now had three companies shut down under my feet.

You think it’s a normal day. Well, as normal as any pre-launch day ever is. You come in, you make your coffee, you answer email. If you’re a community weenie, you update your social media channels, clear your forums of porn/spam/biting flies, and get cracking on a feature that will bring more people to your door. Note that I said “people,” not “eyeballs” or “likes” or “clickthroughs” or some other ridiculous dehumanizing phrase that makes me throw up a little. A real community person with a game at the prototype/alpha level has switched mental gears and begun thinking of players as people with whom to build a relationship. (If they are still thinking of people as abstract things, something like poker chips to be collected and played with? Well, the company probably thought community is something leveraged by marketing as opposed to its own thing with its own value, and who am I to judge, eh?)

If the game is further along than alpha, you have already built some relationships, and fan websites or pages have already cropped up. On this sunny morning, then, before you work on new things, you’ll spend some time on the friends you’ve already made.

You work with artists or marketing to get some screenshots out to fansites. You connect with a developer (preferably a programmer who actually did the building) to check the progress on a feature, one you’re going to be discussing on a podcast.

In fact, you might be talking with a dev when you're interrupted, herded into a conference room, and told it's over.

One of the comments swirling around the collective MMO universe is that the recently axed employees had to be delusional to not realize the end was near. That's completely unfair, and untrue. It's true that the more experienced you are, the more likely you are to know that something is wrong. (Many of the most telling red flags are only visible in hindsight, and so you can't recognize them until you've been clubbed by them.) But you may not know what, and you certainly don't know when. I have not been shocked to learn of the demise of any of my employers - but the timing has been at least somewhat unexpected every time.

Remember that the people at a studio on the edge of failure are working on a game that hasn't launched yet - but they've been told that it has to launch VERY SOON OR THE KITTEN GETS IT. 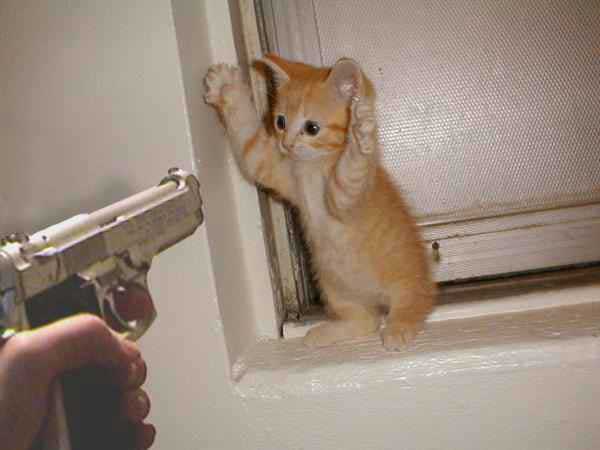 Er. That's the translation. What you actually hear is "you need to hit some pretty major milestones if the funding is going to continue." That's one of those red-in-hindsight flags, by the way. On a properly planned and managed project with investors who've done their due diligence, everyone knows the milestones/deliverables in advance and the project is mostly on schedule (because the schedule allowed for at least one critical failure). There's no last minute nonsense about "you need to do X if you're going to get any more money," because the people in charge didn't piss away the money they'd already gotten and the investors knew roughly how much they had to spend.

Anyway, you've been told you need to crank harder. The newbs take it at face value and work harder. The vets hear that and know that jobs are on the line, and they work harder. Everyone has their head down and they're focusing like their eyes are lasers on their piece of the puzzle. You aren't gossiping with reporters or chatting with bloggers, and you may not be hearing the rumbles in the distance.

It's certainly not right in your face. The number of people involved in the decision to shut down is under ten, no matter how big or small the company is. All of them are sworn to secrecy, and they risk their own severance packages if they tip off any of their people. A day or two before the end, an IT guy will be brought in on the secret, because he's responsible for cutting off everyone's access to their computers, the dev servers, the VPN connections, and email. The HR people usually know, since they have to collect the badges, laptops, cell phones, and keys. Closing a company has been reduced to a science (at least for professionals), in other words - a science that takes advantage of the fact that the employees feel sucker punched. And, oh, you do. Even if you kind of saw it coming. You've given the project and the company everything you had. Everything from your spare time to your relationships to your every waking thought.

This total ownership of your mind and soul leads to a certain kind of... well, not exactly Stockholm Syndrome and not exactly codependency, but after hearing that you're part of a family and you'll be taken care of in return for you writing the game in your own blood, you either believe it or go insane.

Video game people: The only doe-eyed utopians ever to come packaged as alcohol-soaked cynics.

So, yeah, it hits hard when you're told it's over. Anyone who's been laid off knows how the rest of it goes - the handing over of your badge, your keys, your laptop, even your phone, the one that you were treating as your own even though you knew better. The perp walk to your car, escorted by a security guard as if you were the one that ruined everything. A huge part of your waking identity is gone in less than a morning.

You always wonder - if I'd worked harder, spoken up sooner, given more, would we have made it?

After the gut-punched feeling wears off, you come face to face with the realization that the product didn't ship, in an industry where shipped credits are all that count. So many games fail to launch that it's not the kiss of death for your resume, but on the other hand, so many games fail to launch that it is totally possible to work for a decade and have nothing to show for it.

If you happen to have been thrown back into the job pool during a week where a lot of other companies failed in an economy that doesn't reward startups, your resume is going to be circulating with literally hundreds of others for dozens of jobs.

All in all, it's pretty horrible. So let me tell you, there's a special place in hell for executives who make it worse through incompetence, greed, and selfishness.

Sorry. I don't have a lolcat for that one.

But hey, feel free to post a link to one in the comments!