The launch of Elite Dangerous: Odyssey brought about some turmoil for the community surrounding the game, following months and months of bug fixes and tuning, the game returned to a normal state. With this return to normality, many players wonder, what are the most exciting ways to play Elite? What earns commanders the most credits? Does on-foot gameplay have any value at all? Previously, “Lasers, Plasma, and Multi-canons, an Elite Dangerous Combat Overview” looked into the answers for these questions regarding the combat branch of Elite Dangerous gameplay. Here, let's take a deep dive into exploration in Elite Dangerous Odyssey.

It is essential to set the stage for on-foot exploration in Elite Dangerous: Odyssey. Exploration In odyssey takes hold of any two-legged commander as soon as they exit their ship onto a planet's surface. Exploring abandoned settlements, SRV’s and crashed ships, and other points of interest can be fun, but it doesn't earn the commander any credits directly. The new rank type: exobiology is the space-legged explorers route to credits through exploration gameplay, except it's not.

The most efficient on-foot exploration involves minimal on-foot gameplay. The best method for actually earning the on-foot explorer rank, exobiologist, involves mostly in-ship gameplay. You scan the planet with your ship, detail scan it if the planet is landable and has biology detected, then find the points of interest on that planet. Commanders then can get out of their ship, into their SRV and scan the biology. Finally, after all of these steps, the commander can get out with an Artemis suit and take a sample of the plant with their genetic sampler. At best a commander can earn 500,000 credits an hour, but an inexperienced player, or an unlucky player may only earn 100,000-200,000 credits an hour. As far as credits per hour are concerned this method of gameplay is easily one of the worst in the game. Furthermore, the gameplay itself is one of the least challenging in the game. There is a certain soothing nature to its simplicity, but the credits to fun to time ratio is easily the lowest in the game due to exobilogy’s tedious, unchallenging and random nature. 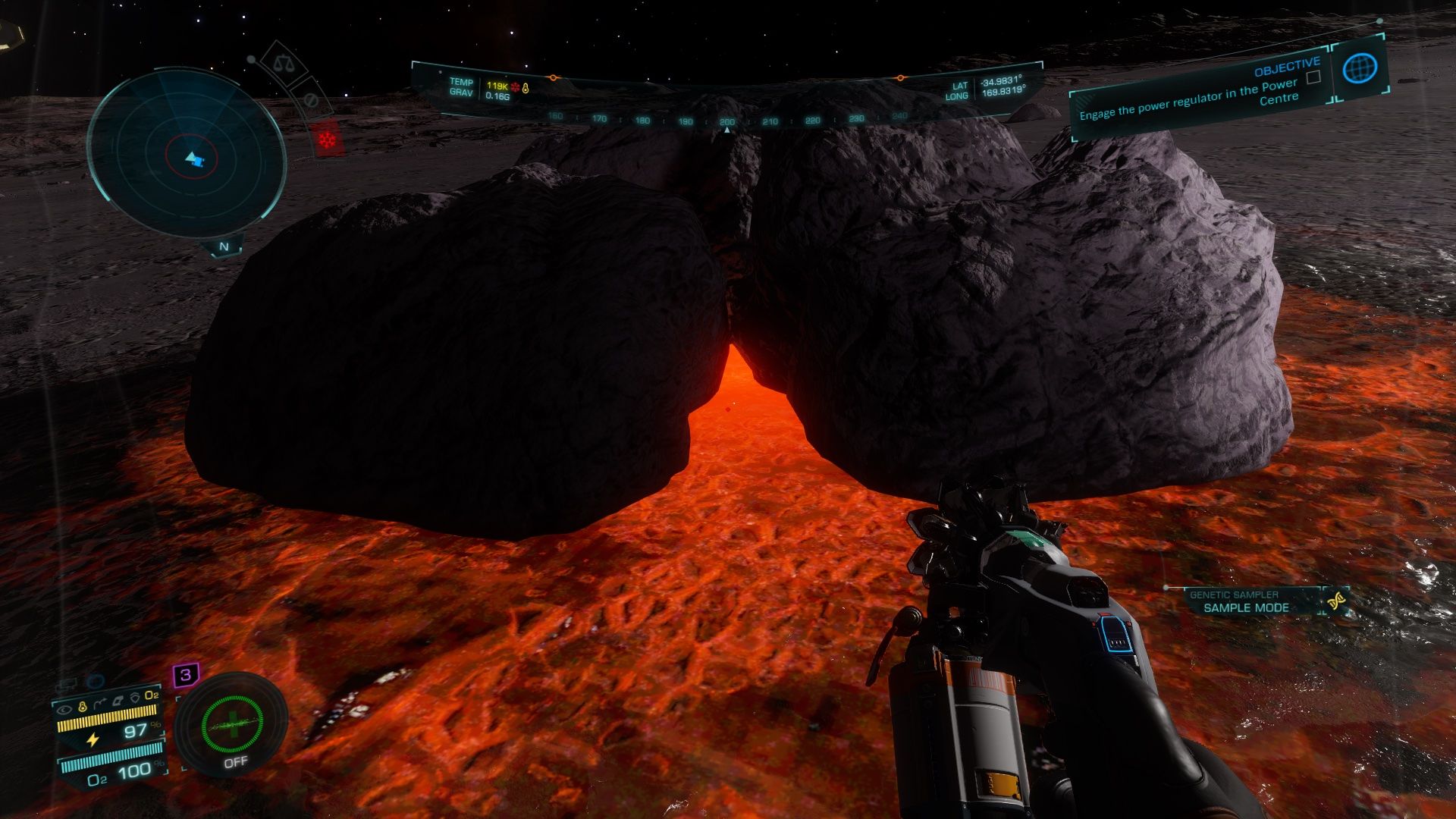 Like combat, SRV gameplay in the exploration category of elite dangerous uses the same systems and ranks as its on-foot counterpart. Though a commander is not earning credits from mining or exploring in an SRV, the speed at which you can venture across a planet is magnitudes faster than on-foot, and therefore lets the explorer experience far more variety in a given time period. SRV exploration involves much less tedious scanning and flying, giving a far more independent experience. This is a fun way to gain engineering materials and see the mountains and craters on a planet, but earns no credits. Because absolutely no credits are earned during SRV exploration this method of gameplay is not recommended for those commanders wanting to explore and progress.

In-ship exploration in Elite Dangerous gives the player access to the totality of the milky way galaxy. Though this mode of gameplay can encompass many of the tedious scanning and flying procedures of on-foot exploration, it also comprises a galaxy of variety, making it one of the most enjoyable methods of gameplay in Elite Dangerous. Commanders can use any ship in the game to embark on an exploration journey. The ships most adept to exploration are the Diamondback Explorer and the Asp Explorer, while the Anaconda has the largest potential for jump range in the game. Any ship can be engineered to be explorer ready; however, the best three are the Diamondback Explorer, the Asp Explorer, and the Anaconda. 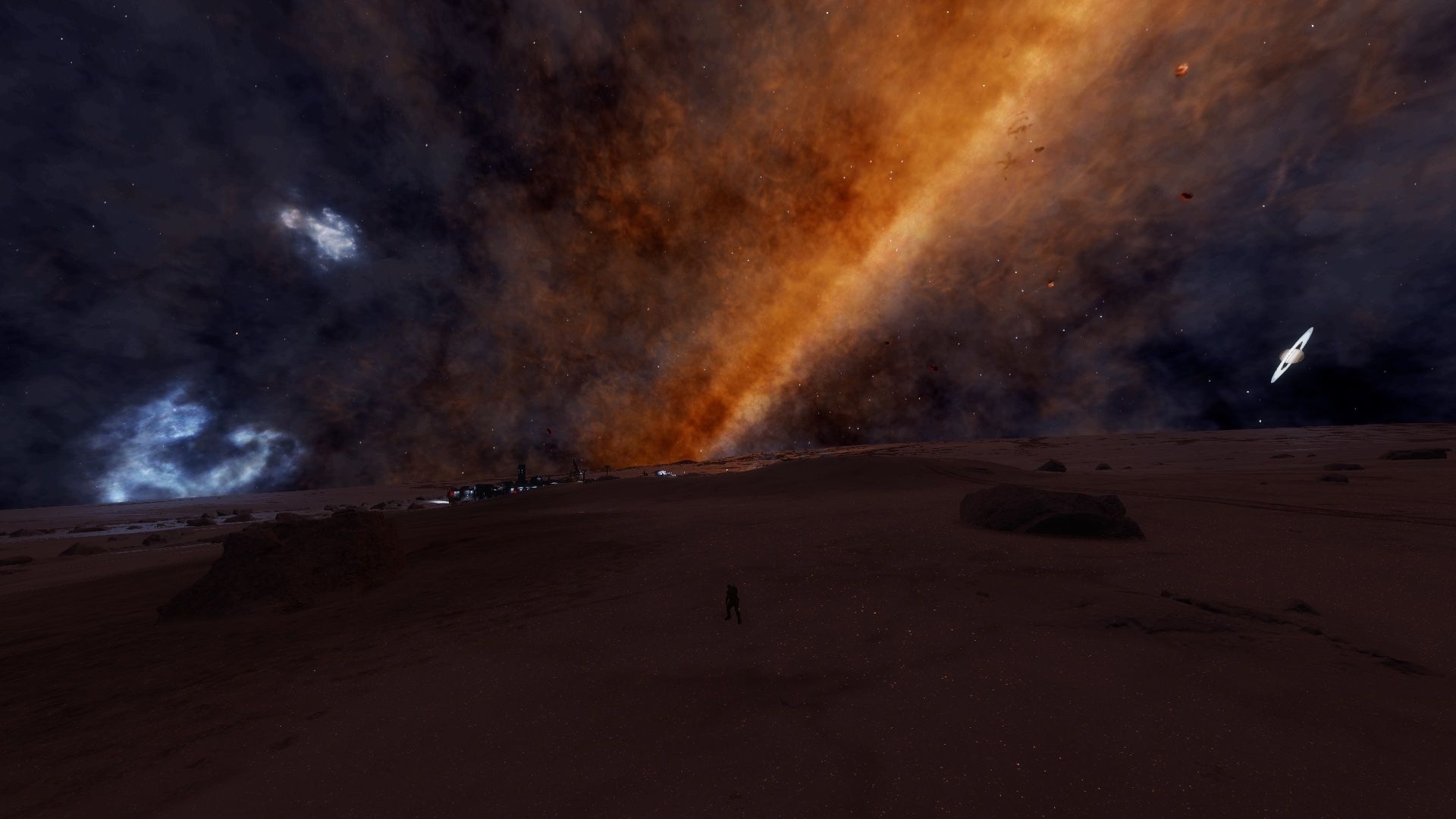 Any given ship in Elite Dangerous will automatically have a discovery scanner equipped. While in supercruise a commander can hold the key bound to the scanner to scan a system, earning them credits. There are no steps required, just hit a button while on your way through a system to earn some credits from Universal Cartographics. In addition to the discovery scanner, a given commander can utilize the auto equipped full-spectrum scanner to scan planets individually, if they are out of range of the discovery scanner. Suppose a player wants to earn more credits while in-ship, they can equip a detailed surface scanner, stop near a planet and begin launching limpets to gather extra data from that planet. Discovery. In that case, full spectrum and detailed surface scanning, especially valuable systems can earn commanders upwards of 25 million credits per hour.

Even more credits can be made using a third party website called Road To Riches, which allows a commander to input their destination, and the system that they are in, and can plot a valuable route for them to take, where the commander can scan various planets/systems to earn credits. While in-ship exploration can have some tedious elements, It earns a respectable amount of credits, and allows commanders to witness the wonders of our galaxy with variety while making credits. In-ship exploration, due to the fact that ships come pre-equip with the discovery and full spectrum scanners, has no barrier to entry for commanders. Furthermore, if a given commander is already en-route to a point of interest they can passively scan the system they are in with the discovery scanner while their frameshift drive is cooling, or while they take a look around.

While exploration in Elite Dangerous lacks challenge or exorbitant credits, its low entry, high variety nature makes it a very accessible mode of gameplay for commanders. On-foot exploration is not advisable as it brings the lowest credits and the most tedium of the many ways to explore. SRV exploration is advisable for those who want to engineer as it brings in copious amounts of minerals, while generally allowing the commander to experience sights at a quick pace. Finally, In-Ship exploration is one of the most enjoyable methods of play in all of Elite Dangerous. What it lacks in credits, it gives back in magnitudes of variety and beauty. Overall, Elite Dangerous: Odyssey is a great way to explore the galaxy around us in a ship, not with your $40 space legs.