The MMORPG genre has a long history in the games industry, even though many nowadays are only interested in the shiniest and newest titles on the market. From the MUDs in pre-3D MMOs to the browser-based games that helped define the genre, many MMORPGs made their claim in the early days. However, not everyone is still around to check out – at least officially. Here, however, is a list of some of the best old school MMORPGs you can still play in 2022.

For many (myself included) this was the first MMORPG we picked up – and it’s still going strong. With over 200 million registered accounts and recognition from the Guinness World Records as the largest free MMORPG on the market, the fantasy-themed game by Jagex still enraptures millions in the world of Gielinor. The MMO can be downloaded from the site or various PC marketplaces like Steam, and the MMORPG just expanded onto mobile officially in 2021, allowing players to mine that next batch of ore or push that skill you’ve been working on to the next level. While free-to-play, RuneScape does offer an optional subscription that gives access to perks such as additional skills, minigames, as well as the ability to make your own home and port, and more.

EverQuest helped define the 3D MMORPG back when it released in March of 1999, and has since held strong, releasing new content even two decades later. The brainchild of MMO developers John Smedley, Brad McQuaid, Steve Clover and Bill Trost, the MMORPG saw its heyday during the early 2000’s, helping to set the stage for future MMORPGs on the market. The world of Norrath holds a special place in the hearts of many fans, and thankfully you can still dive in and enjoy the classic MMORPG either as a free-to-play player or through the optional subscription. Over twenty years later, Daybreak Game Company and developer Darkpaw Games continue to create new and interesting stories to tell, most recently with the Terror of Luclin expansion which released in December 2021.

The Assassination of Lord British was one of the first major MMORPG events I ever heard of, even as a ten year-old kid more interested in JRPGs back in the day. When my friends told me about this event in the game they were playing, I always kept Ultima Online on my radar. One of the first wildly popular MMORPGs, it was designed by MMO luminary Raph Koster, who would go on to help create fan favorite MMOs like Star Wars: Galaxies. Featuring an open-ended skill system, extensive housing, as well as a world that favors – and encourages – exploration and wandering, UO captured the attention of players even still today. 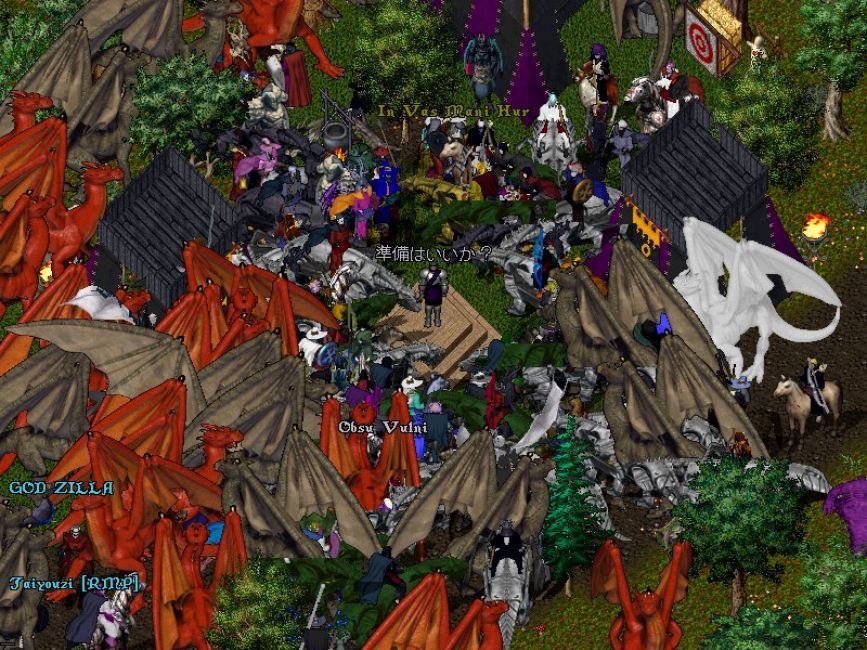 The developers on the current form of Ultima Online, Broadsword, introduced a free-to-play model back in 2018, though players will still need to subscribe to get the full scope of what Ultima has on offer. A new version, New Legacy, is in the works at Broadsword, with the idea to bring a new shard with a focused ruleset to players, new and old alike. 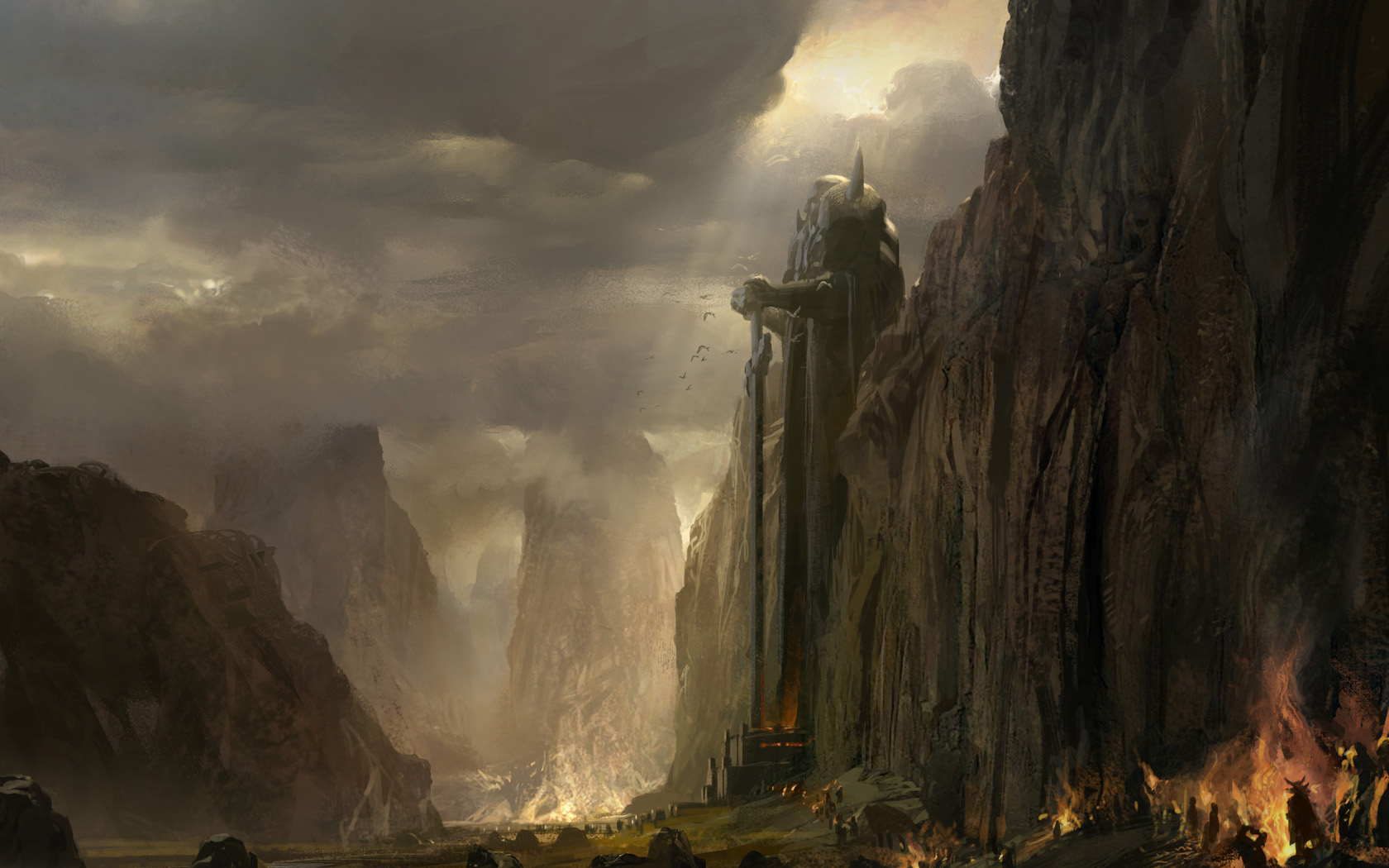 ArenaNet’s Guild Wars still delights fans around the world, with mass appeal thanks to the fact it’s never had a subscription fee to keep it going. Rather, Guild Wars was one of the few MMOs back in the early ‘00s where you could just buy and play the entirety of what ArenaNet had on offer. An instanced MMOG, Guild Wars allowed players to choose from multiple professions to progress, taking part in dungeons or joining up for any of the extensive PvP modes. The MMOG is set in the world of Tyria and while the sequel, Guild Wars 2 might be getting most of ArenaNet’s love, its elder sibling still hosts a sizeable playerbase and continues to provide in-game events for everyone to enjoy. 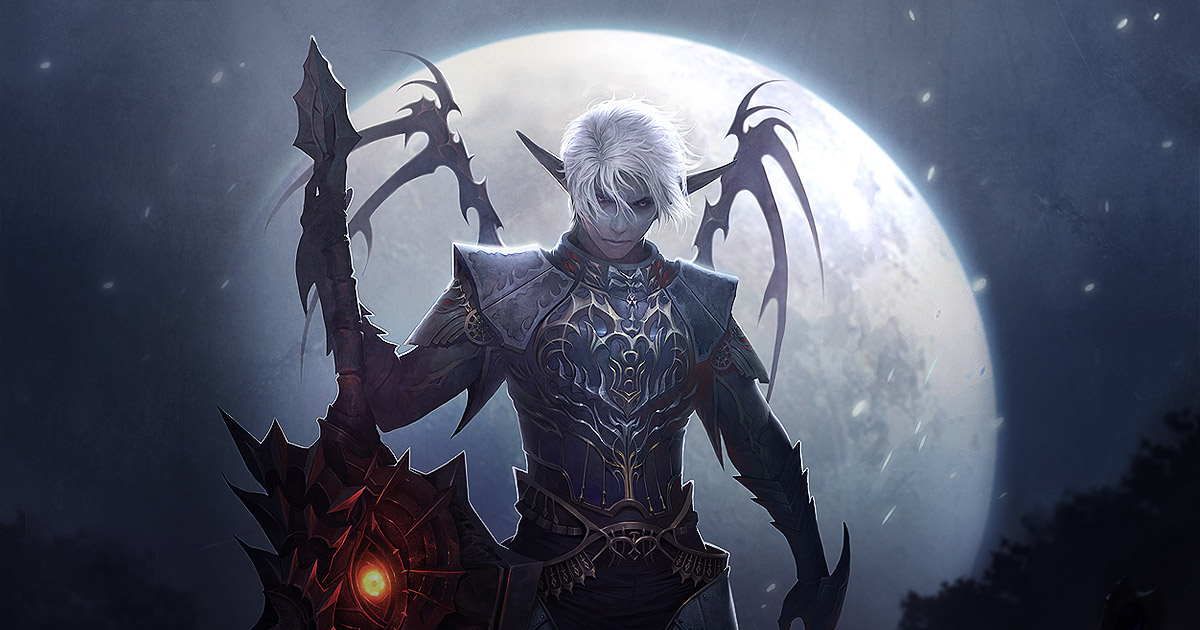 NCSoft’s follow-up to the original Lineage, Lineage II is one of those MMORPGs that is still played somewhat religiously by its followers almost two decades later. The MMORPG is free-to-play, with the content being free, supported by in-game purchases that have become the norm in the industry nowadays.

Set in a land torn by war, the world has a strong push towards its PvP, with massive server-wide siege battles, though over the years some players have felt the open PvP focus of Lineage II has led to encouraging griefing, especially of new players. However, if you’re looking for an MMO you can sink some time into and don’t want to spend any money, Lineage II is worth a shot. 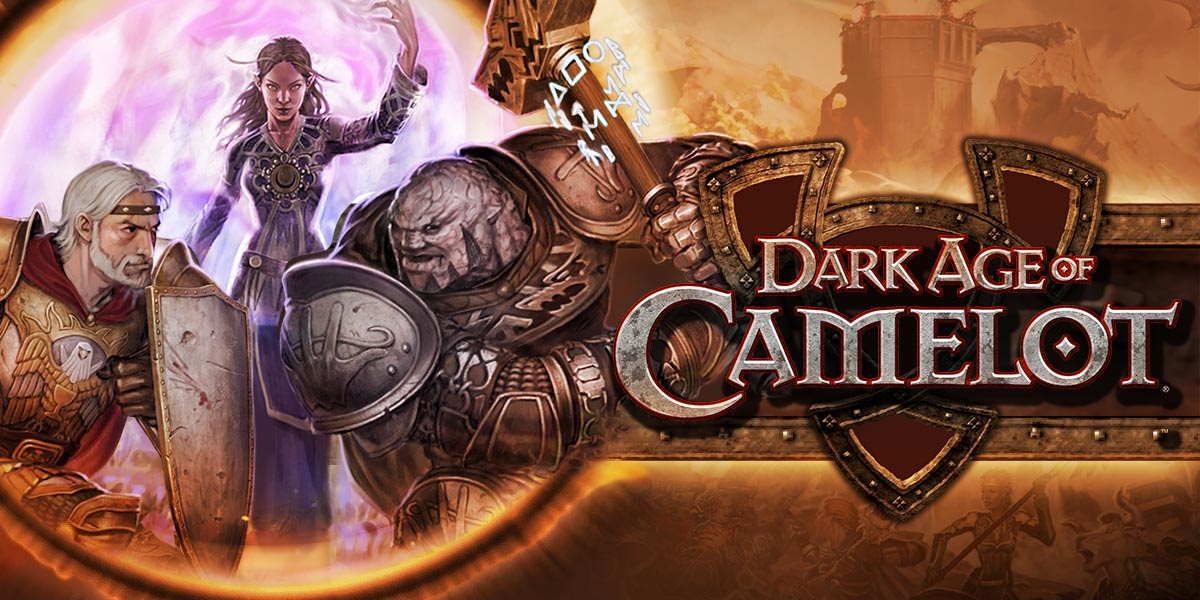 What happens when you cross Arthurian legends with an MMO? Dark Age of Camelot of course. Focusing in on Realm versus Realm gameplay, Dark Age of Camelot weaves a tale set after the death of King Arthur, mixing the legends of Norse, Celtic and Arthurian stories for an MMO a bit more grounded in our own world. One thing that makes DAoC unique is the different realms – Albion, Hibernia and Midgard – all have their own unique storyline to discover and each realm is pitted against the others into some truly unique PvP, especially for the time.

While the MMO hasn’t made any real splashes as of late, the Broadsword-developed MMO still hosts plenty of in-game events and the player base still sees a large core of active players gracing its shores. A new MMO, Camelot Unchained is in the works by DAoC creator Mark Jacobs, though development has been slow since raising Kickstarter funds years ago as well as amid controversies that have surrounded the development as of late.

The ultimate sandbox MMO, EVE Online puts players in the role of Capsuleers, tasked with exploring and making a name for themselves in the vast universe of New Eden. Over the course of its nearly two decade history, the sci-fi based MMO has seen the escapades of its players become the stuff of legend, with heists, massive player wars, and record-setting battles. 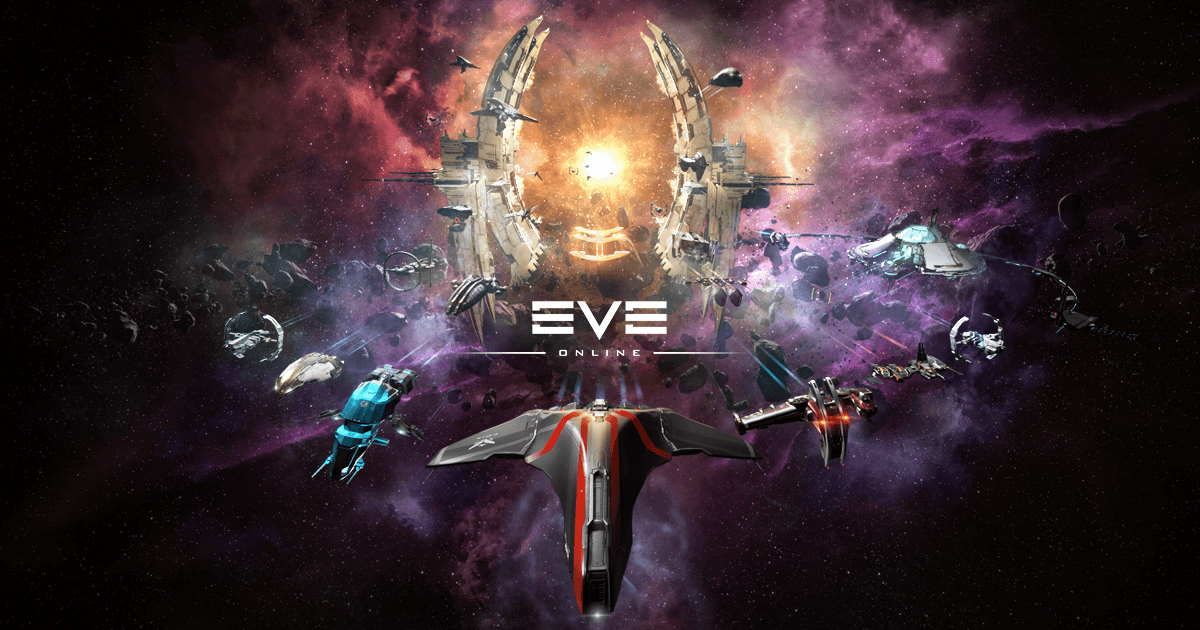 EVE Online’s sandbox is one of the most expansive in games yet, with a  fully player-driven economy, extensive PvP and layers upon layers of gameplay that all feed into and benefit each other. Whether you’re exploring the next wormhole, unraveling the mysteries of Pochven or simply acting as a glorified space trucker, hauling materials between trade hubs and the grand player empires of EVE, there is always something to do in New Eden.

A 2D, browser-based MMORPG from South Korea, MapleStory has had staying power that some MMOs can only dream of having. The cutesy graphics have endeared players to the MMO’s world for years, and the RPG elements of MapleStory are deeper than many realize at first glance. It’s also just a ton of fun. MapleStory sports your typical MMO fare, from dungeons, RPG elements to make your character stronger over time, crafting and much more.

MapleStory is still going strong after almost two decades and a sequel releasing in that time, and can still be played for free in a browser or through Steam.

I remember the first time a friend of mine suggested I try out Second Life. I was in college and this friend and I would play The Lord of the Rings Online together somewhat periodically until Second Life consumed their play time. Considered a virtual world and not simply an MMORPG, Second Life provides the avenue to do just what is presented on the front of the box: live a second life.

Players have created whole virtual worlds in Linden Lab’s virtual world, seeing communities, a closed-loop economy, and has even attracted real world governments to open up in-game embassies. During the 2020 global pandemic, Second Life was also used as a viable way for companies to virtually meet and hold events, training and much more. Second Life isn’t simply a game world – it’s a world unto its own created fully by its residents. As Dwight says, there are “no winners or losers” in Second Life.

World of Warcraft is the MMO that truly brought the genre into the mainstream, keeping players enthralled over its 17-year history. The deeds of the inhabitants of Azeroth have become legends and memes unto themselves (I mean, who hasn’t had that friend try to emulate Leroy Jenkins in a raid?), though what has kept World of Warcraft sustainable throughout the years is its storytelling, satisfying gameplay and much more.

While the retail version of WoW doesn’t exactly resemble how it was in the beginning, if you wan the truly old school experience in World of Warcraft, then your subscription gives you access to World of Warcraft Classic.

I remember trying to help a friend set up his PS2 in order to check out Final Fantasy XI when it first hit shelves back in 2002. It was a pain in the butt, but when we did we were in awe of what we were seeing on screen. A franchise we’d loved since we were kids playable with other people. It kind of blew our minds at the time.

Fast forward 20 years and people are still jumping into the world of Vana’diel to experience the story telling of the famed RPG franchise. While the PS2 and Xbox 360 versions have since been sunset, the PC version is still going strong, with a new story series being released in 2020, and a level cap increase coming with the 20th anniversary of the MMO this year. Final Fantasy XI is a buy to play title with a subscription, but it still stands on its own, albeit a bit in the shadow of its newer, flashier sibling, Final Fantasy XIV.

Interestingly enough the only entry on this list to have the world “Old School” in the title is also the one released most recently. However, the release of Old School RuneScape by Jagex was actually originally the build from 2007, right before RuneScape 3 released.

Since then, OSRS has gone on to have a larger playerbase than even the mainline version of RuneScape, with nostalgia and the older systems that made RuneScape such an enduring force in MMORPGs during the ‘00s keeping it strong. OSRS looks dated,  but that is one of the charms of the title. Additionally, updates and changes are presented to the Old School RuneScape community in the form of a poll, which can be voted on in game. This allows the denizens of 2007-era Gielinor to help determine the course of the game they are playing, something pretty unique in the MMORPG world.

Old School RuneScape is also free-to-play like its sibling title, but you can also buy a membership to unlock perks to further your gameplay like RuneScape proper. In 2021 the MMO was ported to iOS and Android devices, allowing players to craft runes and check out the Ironman mode on the go.