One of the rustier parts of Final Fantasy 14 has always been the player-versus-player content. Sure, it’s out there, but it didn’t particularly stand out to me… at least, not until Crystalline Conflict.

It’s not for a lack of passion, as it’s well-known that the FFXIV team wants PvP content to work. And so did I! I love getting to beat up real people in fictional settings. Hells, I was a MOBA addict for a while, and Dota 2 was where I got my start.

The issue was that PvP took a backseat in the broader FFXIV community for a while. This meant that queueing for Frontlines and feeling constantly defeated due to the skill mixing was an ordeal enough that I didn’t even consider trying Rival Wings. As a result, I admittedly missed out on a lot of prizes and camaraderie, as, with many activities in FFXIV, PvP has always been supported by a smaller close-knit community.

When Crystalline Conflict dropped in Patch 6.1, despite my friends’ (and roommate’s) widespread praise of it, I avoided it. Until now.

There are a lot of reasons that Final Fantasy 14 players stick around after they’ve completed the main: housing, roleplaying, raiding, even clubbing. But at the end, these boil down to the true rewards of FFXIV endgame:

If you think I’m exaggerating, you must be new to FFXIV. “Glamor is the true endgame” is a community-wide saying! Like, look, I spent four hours grinding a boss from last expansion the day before writing this article, just to get this weapon for a class I’m not even leveled up in, solely because it’s a good-looking purple weapon: 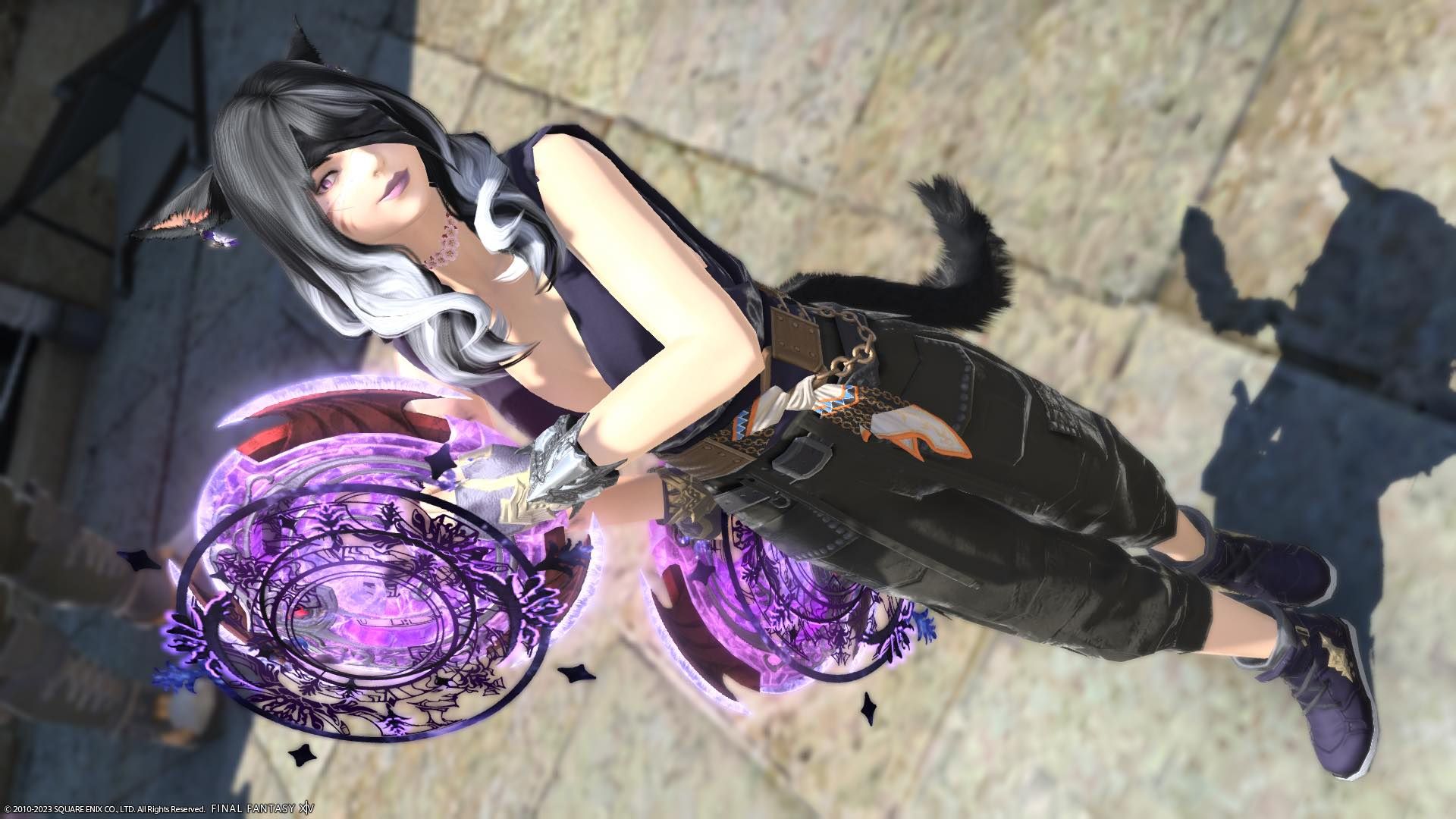 With that in mind, the PvP content team realized that they aren’t milking that obsession enough, I suppose, because now we have a cosmetic “battle pass!” Yes, even the subscription-based game can’t escape it, but at least you don’t need to pay for it, just grind PvP.

There are always PvP rewards, but the ones for the battle pass went above and beyond. The last pass’s rewards were tantalizing for my edgelord friends, with some over-dramatic edgy armor as the starring reward. None last “pass” caught my eye though.

And then, they got my roleplaying ass with the /linkpearl emote.

So here we are.

The Best of Battles

To explain why Crystalline Conflict is good, and in being such a little bit evil, let me explain the trash-fire gaming environment of today:

As gamers, MOBAs ruined our brains. It takes over our entire brains until we either win or lose, meaning we’re either further empowered or stuck in a sunken cost fallacy, where you feel like you have to keep going until you get that win. The issue is, MOBAs take anywhere from 40 minutes to 90, which means that cycle sucks to get trapped in, as it’s easy to lose track of time. 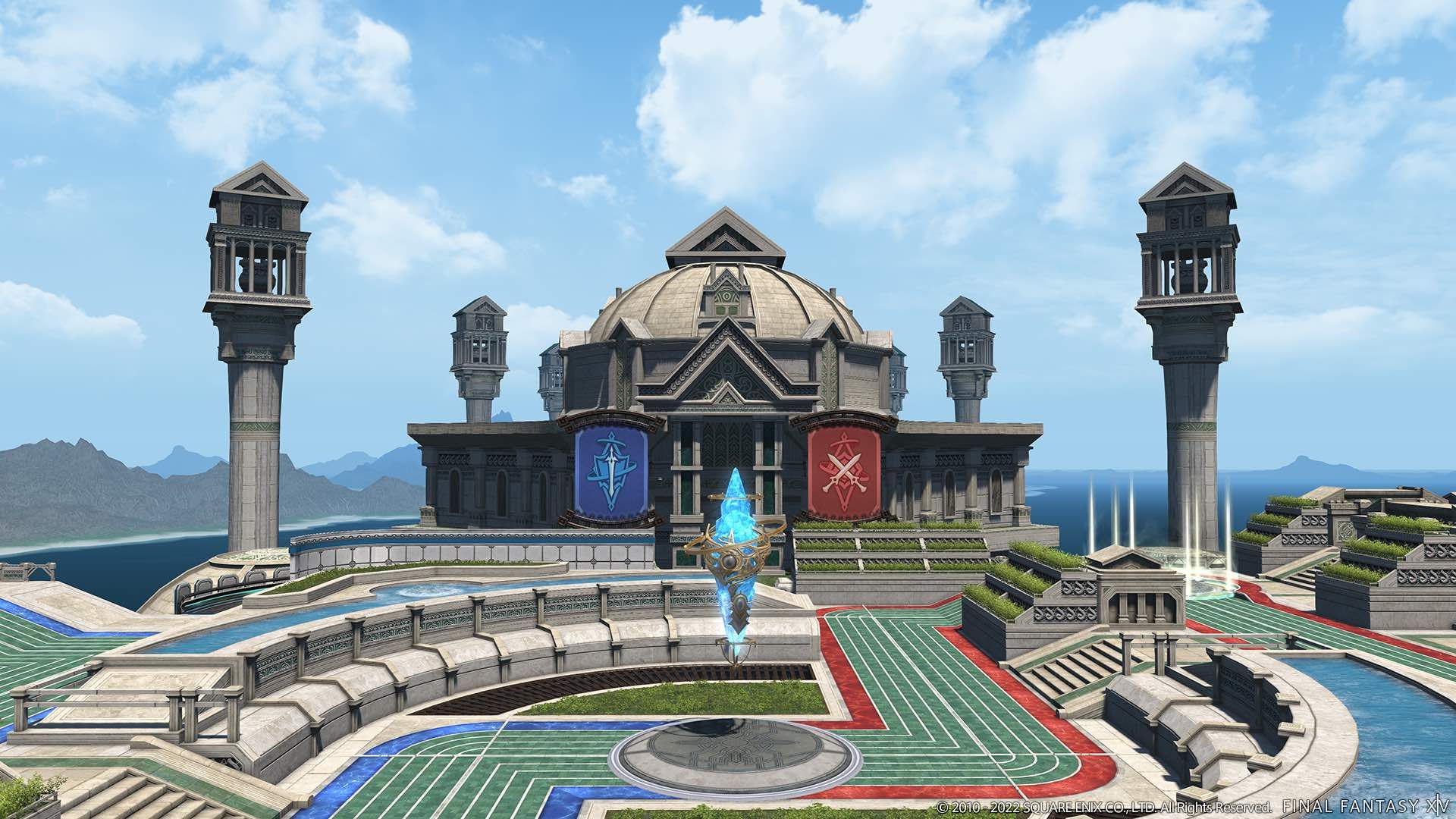 Battle royales like Fortnite take that and amplify it, because if you get out of a game quickly, it means you have another chance to get in for longer and get a win. Or, you just keep losing, and you lose track either way. In short, the lack of a consistent, realistic boundary for every player in these games creates that awful feedback loop.

And to completely diverge from that train of discussion, the best PvP format in any game is Splatoon’s Tower Control. It’s like an escort mixed with king of the hill and capture the flag, where you bring a tower back and forth based on who’s on it. It’s just a time-controlled MOBA, and it’s the best game mode. I won’t expand on that further. Just trust me.

Final Fantasy 14 could have fallen into the trappings of other MOBAs in creating a quick-paced new game mode, but instead, they just took Splatoon’s Tower control game mode. And you know what? Good. Even if I’ve gotten stuck in ten-minute overtimes, I’m fully supportive of any game mode that doesn’t exploit that time-loop hell that a MOBA drags you into.

I mean, sure, I find myself queueing over and over for similar reasons, but it’s far easier to just stop trying that hard anytime. Which I do, I swear, not joking. There’s something about the shorter matches that makes it much less addicting, with a shorter burst of rage or victory that’s easier to ween off of. Maybe it’s just being able to rage out at all with less consequence. Regardless, I’m grateful.

Anyway, I’m liking Crystalline Conflict, but I’m really not liking Clockwork Castletown, and I have the linkpearl emote and Allagan mount now.

And please don’t target me or I will cry.