First, I want to say that I was not excited to see tier sets come back. I am happy each class gets a unique look, which I missed in the last two raid tiers. However, trying to get two-piece and four-piece bonuses has never been fun for me. Sure, it's great when you have the bonuses, but it always sucks to have bad luck and feel like you are being held back because you don't have the luck with the RNG boss. This is a problem of loot in general, but it is a more significant issue regarding tier sets in particular. So, it's without surprise that the return of tier did not excite me at all. Unfortunately, every problem of the past with tier is still playing out just as badly as it did before.

Additionally, all the typical tier issues are further complicated by personal loot, which is a system I like at its core. Tier makes the problems with personal loot more pronounced. With personal loot, a player needs to have a piece of tier in the slot they received to pass it onto someone else. It might seem weird for someone who doesn't have tier in a slot to want to give it to someone else, but how vital getting the 2pc and 4pc is always varies from spec to spec. Plus, getting your first and third pieces are far less important than getting your second and fourth. Not having the option to pass around gear only makes all the negative aspects of tier much more pronounced.

This time around, there's an issue with getting higher ilvl gear from Mythic+ dungeons but not being able to take it because tier exists. As a baseline, I feel that higher ilvl gear should always be an upgrade. I know there are all kinds of exceptions to these for various reasons. Hell, my weapon Jotungeirr, Destiny's Call will probably be better than most other weapons for a while, just down to the on-use ability. Despite how much fun this weapon is, it feels like a bad design to have lower-level gear be more impactful than higher-level gear, especially when it comes to 20+ ilvls. It just feels bad.

I was thankful last week when my options in my vault were a 268 helm, and the rest were trinkets that weren't great for me and the shoulders I already had. If I had tier in my raid slots, I probably would have felt the need to take that instead of the helm even though it would have been lower ilvl because that would have given me my 2pc bonus. That just never feels good. Since I was "unlucky" in my vault, I could take the helm without feeling bad about it, and I know I can craft it into tier in two weeks.

That's the thing here too. Having the ability to craft gear into tier is huge, and honestly, it'll solve and lessen many of the issues I've brought up. Players wouldn't feel like they had to take lower ilvl tier gear just for the bonuses; they could craft the higher ilvl pieces into tier. Other players who have terrible luck and don't have anyone on their token which can pass to them could also craft pieces to fill in the missing bits they need. This brings me to the obvious question: Why do we have to wait two more weeks on this? 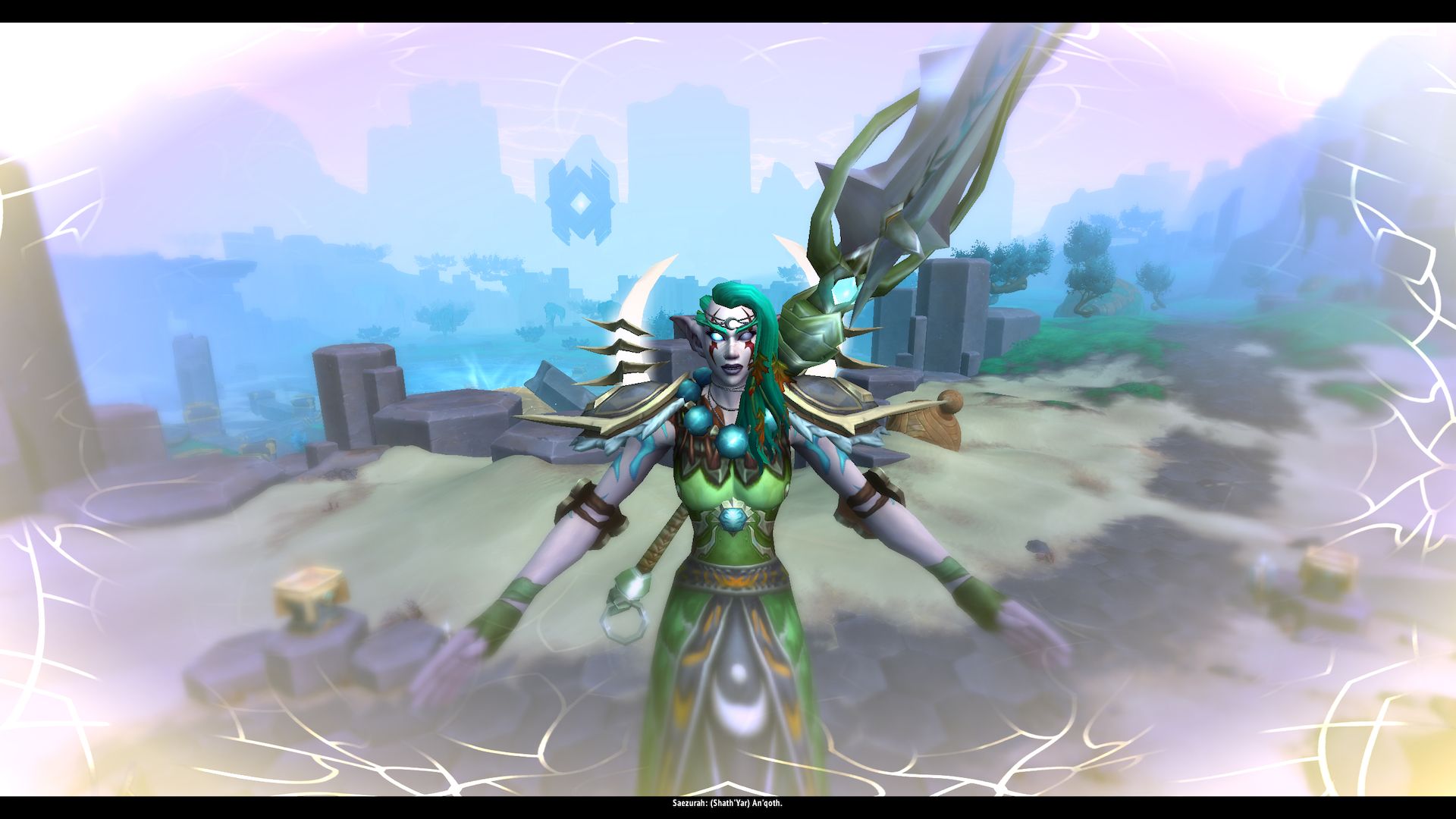 If there are concerns about there being too quick of an influx of tier gear, they could titrate the materials for crafting them so players could only craft a certain number per week. Or just limit how many can be made per week (which is what they are doing). Sure, I know people would complain about that too, but this is a case of being able to do something about it is better than not being able to do anything. Knowing this system is on the way but not available yet has just been frustrating. Which isn't to say it should have been kept a secret. Knowing it is on the way, and being able to make strategic decisions based on that, has been a boon. Otherwise, we'd find ourselves in similar positions as we were with legendaries going into 9.1; and that was just bad. But that's a whole other thing, and I'm going to stay focused here.

Another possible reason for holding off on tier crafting is that it won't impact RWF, which is a lousy reason. Those players will always push any system to limits to get every bit of advantage they can. So, it is silly to hold back things from everyone else just to give them one less lever to pull. If concerns about how balancing and gear for RWF impact these choices, then it's time for RWF to be changed. Have everyone participating sign up ahead of time and be given characters on private servers. Give everyone default characters with gear and get rid of loot drops altogether. Also, everyone should be able to start working on the content simultaneously with no regional delays. Make it an actual race that isn't about what region has an advantage or who can run the most splits, but about who plays the best and gets it done.

Anyway, if the future is tier sets again forever, then we need mechanisms to impact its negative sides from the beginning. Don't wait until a seemingly arbitrary date to make bad luck less terrible. By the way, for anyone who doesn't know, the Creation Catalyst will be available on April 12th for NA/April 13th for EU.