I’ve been having a blast in Dragonflight alpha the past few weeks. In my last column, I gushed about how Azure Span was a great first-look experience, and I can’t wait to get back there to explore more. Last week the Dracthyr starting area was also fun and allowed me to see how closely their soar ability aligns with dragon riding. This week was the first Dragonflight zone, the Waking Shores, was available for testing. The story and questline in this zone were excellent and went in directions I didn’t expect. Seriously, I wonder if I just forgot about essential bits of lore or if I never knew in the first place. However, this zone also reminded me how much I miss having free time to do whatever I want in World of Warcraft.

One night, some of my guildmates had thought about doing the new dungeon on alpha, but when it came down to it, there were only three of us, and we didn’t want to queue for it. Instead, we found ourselves doing random ass things all over the zone while hanging out together. We initially tried to kill one of the skull rares we could see on the map, but he smashed us into pulp almost immediately, so that wasn’t an option. Those rares are probably intended for map populations to work together to kill in the way they are in Zereth Mortis. Sure, I can easily solo some of those rares at this point, but my gear level is pretty high compared to where ZM is balanced. This isn’t the case at all in the Waking Shores.

Then we started roaming around to find various things and see if they were tamable or not. That was probably one of the best parts of the night because it was interesting to find all the new creatures, and it also caused us to do quite a lot of random exploration. We discovered quite a few areas and were blown away by what was there and how beautiful everything was. It felt like a more pure way to learn a zone than following quests. Additionally, we concluded hunters would need a tome or something that allows them to tame dragonkin. There are too many cool new dragonkin out there, and they need to be tamed. 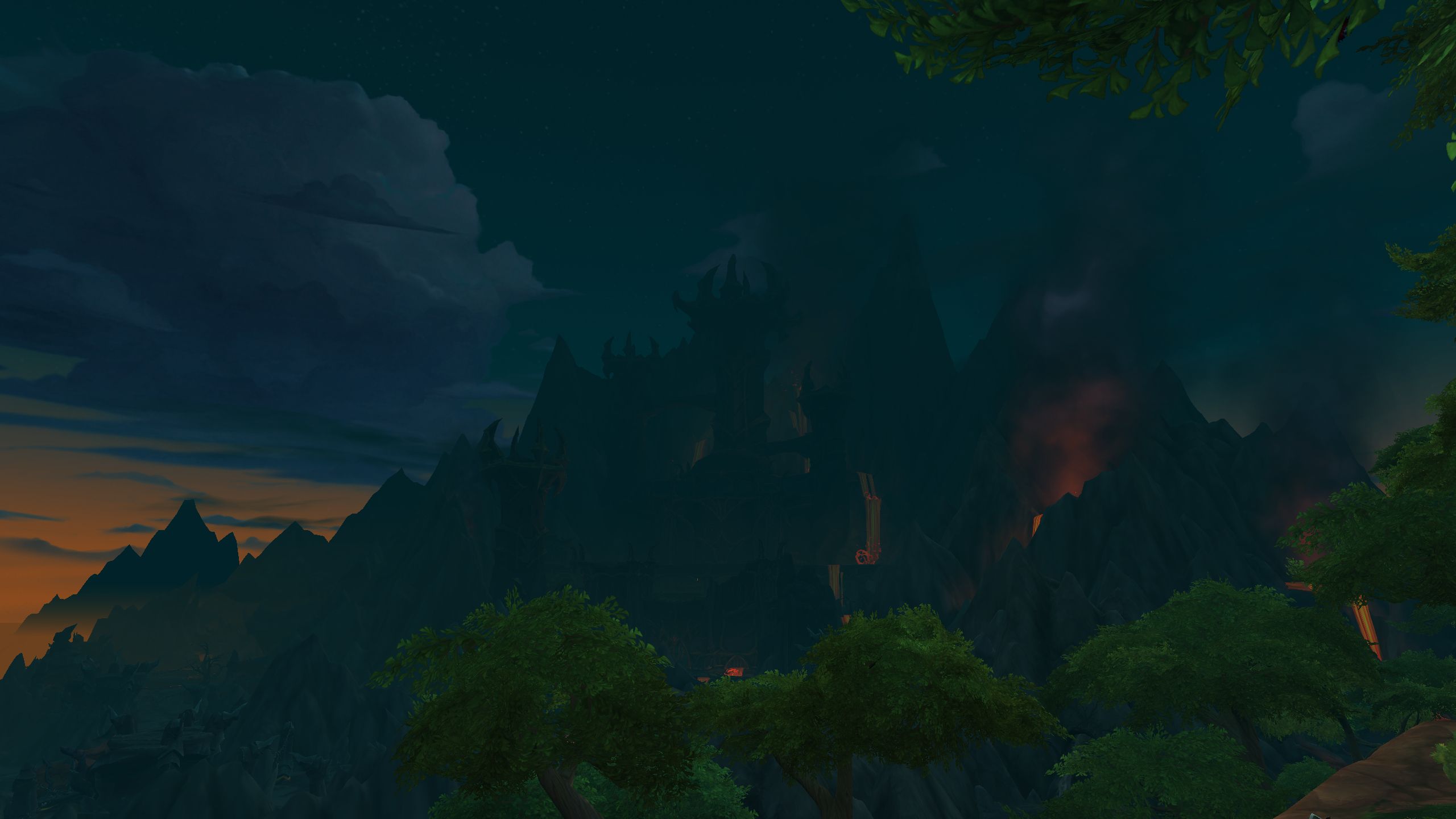 One of the reasons we were free to do this is because this is alpha, so we aren’t trying to level up or get geared up for raiding. We don’t have any looming deadlines to accomplish anything specific. Sure playing through the questline in the zone is essential, and I did do those as well, but I don’t feel the need to do it asap. Free from the constraints present after an expansion launch, we had the room to develop our own goals and activities. We were, momentarily, freed from the treadmill of WoW, which has only gotten worse in Shadowlands.

One of the design choices made going into Shadowlands was to make gear a little less obtainable and thereby draw out the loop of how long it takes players and probably raiders specifically to gear up. The upshot of this was it often felt like I had to not only raid but also do Mythic+, and since I was already choosing not to participate in PvP, I was also hampering myself. Yes, they did ease up on things throughout Shadowlands, but these pressures remained. As someone with limited playtime, my time available often felt stuffed full of things I “had” to do to keep up rather than things I wanted to do because I enjoyed them. I didn’t realize how profound that shift was until now.

One reason I am noticing the starkness of all of this is that rather than looking forward to some downtime between expansions to do whatever or catch up on things I missed before, I’m getting ready for another season of content. I like that they are trying new things and testing out different ideas for doing things this season. The problem here is that there are also rewards limited to this season, making it feel less like it is optional. Sure, Slime Cat is a cosmetic that doesn’t affect much, but it is cool, and I would be quite disappointed not to have it. I worry about burnout with my raid team, though.

I know the time between patches has been longer than usual in Shadowlands, so theoretically, we should have had our downtime. However, bad choices, in-game issues, and real-life conflicts have pushed us to finish the tier right up to the last week of the season. So, there hasn’t been any downtime. Once Dragonflight comes out, we’ll be pushing to get through leveling and getting geared up for when raiding starts. Added to that, we may be looking at beginning raiding in the middle of the holidays again, and it just paints a bit of a stark picture for casual guilds. 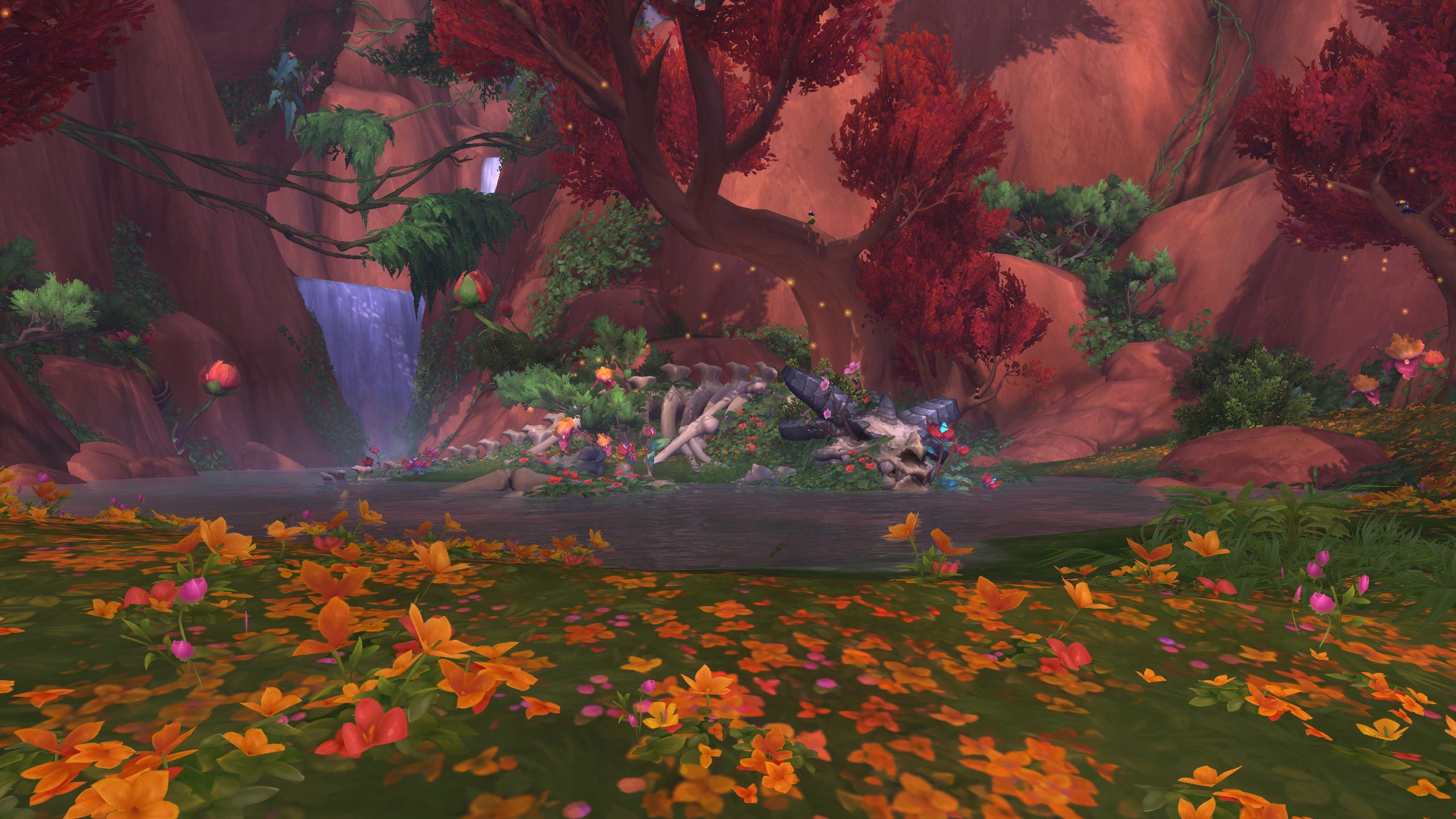 I know it’s a tricky balance to strike, giving enough different things to keep players engaged without balancing everything with the assumption that everyone will be doing all of those things. This expansion has often felt like even heroic was balanced with the assumption that most raiders would also be doing M+. For some of us, that is true, but being a casual guild, we have plenty of raiders whose only time to play every week is raid nights. It makes sense for the expectation that Cutting Edge guilds probably do a lot of M+ as well and should be balanced around that. However, Ahead of the Curve, while still an achievement and something worth working towards, is generally a much more casual focus. It feels off to expect more casual guilds to do a bunch of M+ every week in addition to raiding.

All in all, I still enjoy WoW and spending time with my guildmates. I just wish, as casual players, we had a bit more relief regarding what it feels like we need to do and still be able to keep up with raiding.