When we got our first look at the Kyrian, they immediately struck me as being kind of awful. Their whole thing about blindly following the one Path of what they are supposed to do didn’t sit well. Playing through the Bastion storyline didn’t help things either. I understood why they forced everyone to relinquish their memories, but it still seemed horrific. A huge part of who a person is, is based on their memories and experiences, so forcing people to give that up seemed awful. However, after the 9.1 storyline and finally playing through the Kyrian covenant campaign, I think I had judged them prematurely.

The first seeds of doubt regarding how the Kyrian operate were planted with the Bastian Afterlives short. It’s brilliantly done but also made me pretty mad. The first bit of concern is when Devos speaks with Thenios and wonders if Uther was sent to Bastion by mistake. The way Thenios reacts makes it seem like any thoughts of questioning aren’t tolerated or even examined by the Kyrian; any doubt must always be squashed. It seemed so dictatorial. Of course, Devos was the Paragon of Loyalty and was tasked with leading anyone who had gone astray back to the Path. So that’s part of it too.

Things became even worse when Devos took her concerns to Kyrestia. No one believed anything from the Maw could ever escape or influence any mortal world, but it would have been easy for any of them to confirm what Devos said was true. When she touched Uther’s wound, she saw a vision of Uther’s final moments. She specifically mentions the runes on Arthas’ blade when speaking to the council, which makes it seem like she saw the memory snippet shown to us. They could have even asked the Kyrian who bore Uther to the Shadowlands what they saw and experienced when reliving Uther’s last moments. Instead, Kyrestia rebukes Devos and tells her to stay in her own lane.

Even if I were to assume Kyrestia did take what Devos said to heart and at least relayed the information to the other Eternal Ones, it’s a terrible leadership style. I would have thought the possibility of the Maw’s influence being felt in the mortal realm would have been an enormous deal that warranted a thorough investigation, if nothing else, to at least understand why Devos would believe such a thing. Sadly, this type of response is entirely believable as people, especially those in power, often have difficulty accepting things that directly contradict their own deeply held beliefs. In this case, nothing can escape the Maw. 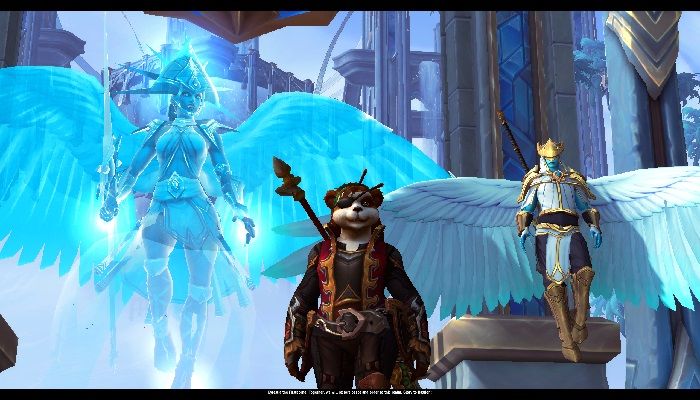 When I reached the point of playing through the storyline in Bastion, things didn’t improve much. I liked Kleia a lot as she seemed to clue into things fairly quickly and seemed like someone who cared about doing what was right rather than what she was supposed to do. Nonetheless, the general storyline in Bastion didn’t do much to help me feel better about the Kyrian overall. Especially since most of the Forworn seemed to want the leadership to recognize the flaws in the Path. So, I happily ignored as much of the Kyrian as possible and went on my way with the undeniable best covenant, Night Fae.

It wasn’t until the storyline for 9.1 came along that I started to revisit my views on the Kyrian. In particular, the storyline with Uther did a lot to help change things around. His whole storyline relives his memories and understanding of how he failed Arthas and how that played into everything that happened. Even more than that, the way the Kyrian treated him, someone who had aided the greatest uprising they have ever had, really impressed me. They didn’t seem interested in punishing him but rather seeing what could be learned from him.

Taking these lessons directly from Uther, Adrestes pointed out to Kyrestia that loyalty without compassion is what tore the Kyrian apart in the first place. That devotion would be a better paragon than loyalty. Amazingly this time, Kyrestia listened rather than reacted in anger. She made the same observation Uther had regarding Arthas, but for her, it was how she handled Devos. This reaction and the decision to have a Paragon of Devotion rather than Loyalty caused me to first consider that perhaps the Kyrian weren’t quite as bad as I initially thought them to be. Showing compassion to your enemies and also being able to recognize when you’ve made mistakes and try to rectify them is a big deal. This is why Kyrian now have a choice of losing their memories or keeping them.

I have been working on leveling and gearing up my Brewmaster Monk for the last few weeks. Since Kyrian is the all-around best choice for Brewmaster, I decided to go ahead and join that covenant. Most of the covenant campaign I had already heard about. For example, I knew that Kleia was raised to ascended, and the Crest of Ascension was destroyed. It was interesting to see the need for all the covenants to give something to get the Crest of Ascension working again, which seems to be a reoccurring theme in Shadowlands. There was one significant part of the Kyrian covenant I wasn’t aware of; how Uther came to be under Kyrian care before 9.1. 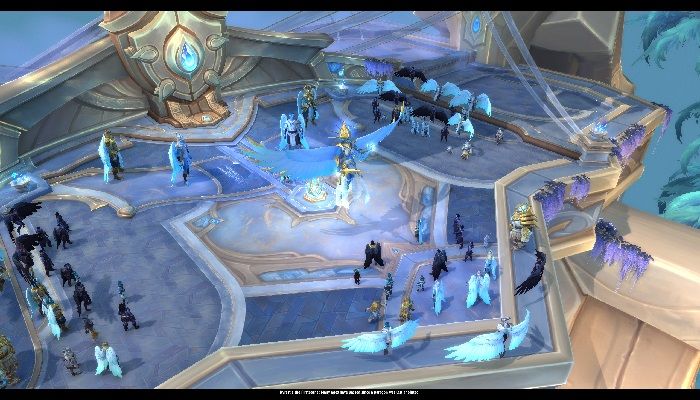 I mostly assumed he was captured somehow when the Forsworn were attacking, which was sort of correct. What I hadn’t realized was before that Kleia had saved him from Lysonia. Not only that, but she also let him go off on his own afterward. That’s an astonishingly surprising choice regarding someone who would be considered a prisoner in any other situation. That choice also ended up paying off when the Forsworn attacked at the end of the campaign. It was undeniably the correct choice in the situation, but it very much surprised me.

I still think the Kyrian at the beginning of the expansion were pretty suspicious. Having a Paragon of Loyalty who dealt with anyone who questioned the Path is rather draconian. However, the lessons they took from the events of Shadowlands weren’t all “other people did terrible things, but we are fine.” Instead, they looked at where they could have made better choices but failed and adjusted accordingly. After experiencing the whole story, I’m pretty happy to be Kyrian.