The first major patch of Shadowlands is launching in less than 24 hours on the 29th; hopefully, everyone took advantage of the lull in content to prepare for it. If you aren’t sure what you need to do, you can check out our recent article on how to prepare for 9.1. However, there is one general change to that list. A recent blue post from Kaivax clarified that although the PvP season will end with the patch, the Mythic+ and Raiding seasons will not switch until July 6th. This means players will have until July 6th to finish the Cutting Edge, Ahead of the Curve, Keystone Conqueror, and Keystone Master achievements.

This is a bit different than past patches where the new Mythic Seasons and the previous Raid achievements stop being available as soon as the next patch hits. If I had to guess why this is, I’d say, with the current material requirements and caps, players won’t be upgrading their legendaries until the week of July 6th. One of the reasons for the season and achievement reset is with higher item level gear available, the increased player power would make those achievements much easier. Aligning the legendary upgrades with the release of the item level increases helps keep things in lockstep a bit more. 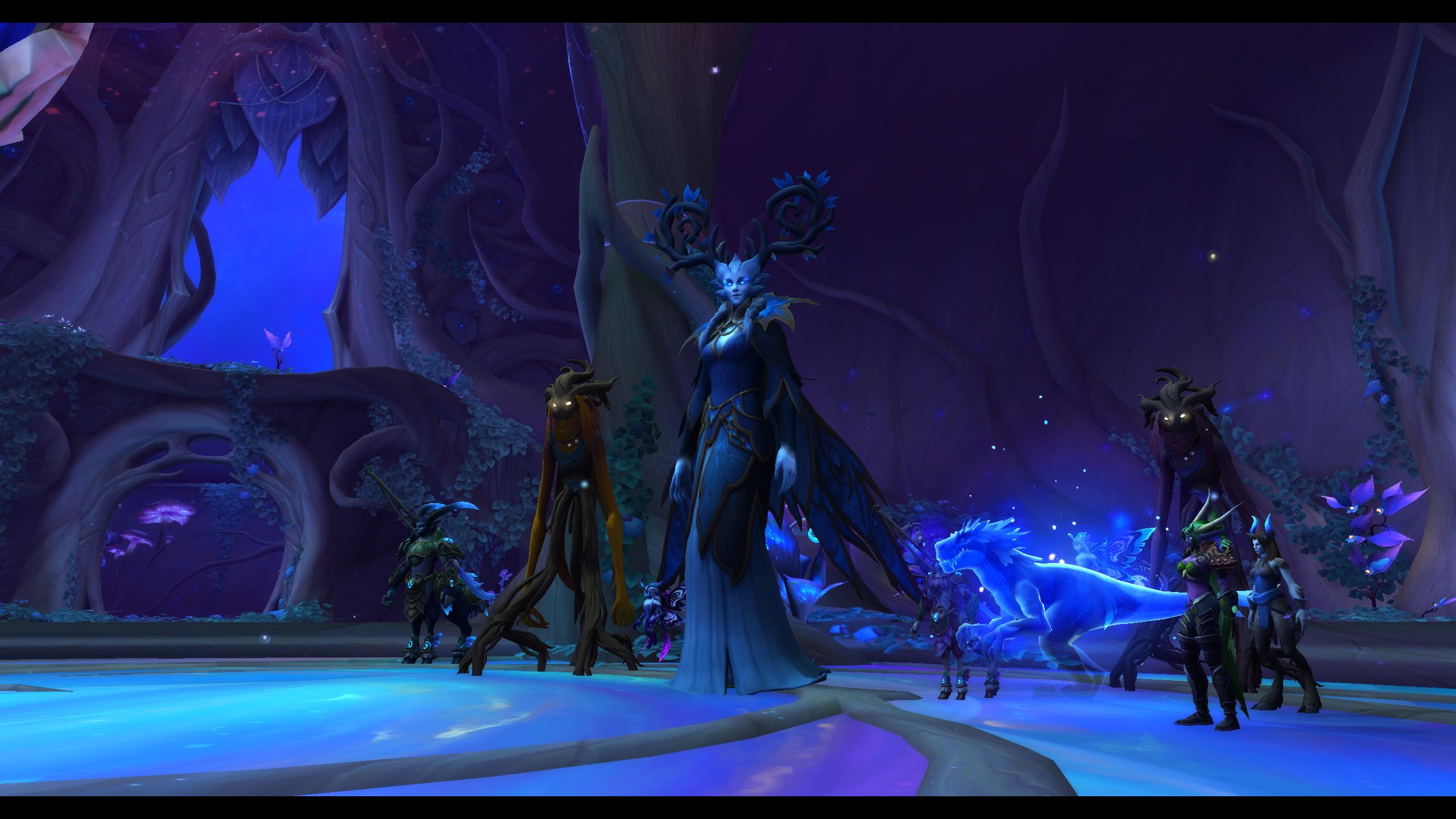 It’s also possible that narratively holding off on going into the raid until specific story steps are completed would make more sense. Of course, that would also mean Blizzard is letting narrative drive the car, which frankly would be great. That feels less likely to me, though. It’s also possible Blizzard feels like the new dungeon and raid need a bit more polish before they are good to go, or potentially one of those is good to go, and the other needs a bit more attention. Releasing either the new M+ season, the new dungeon, or the raid first would give players a chance to gear up a bit more before trying the other new content and could mess with the standard difficulty curve. Regardless of the reasons why launching all of this content together makes the most sense.

One of the ways I’ve been keeping busy waiting for Chains of Domination is by leveling my Druid in Burning Crusade Classic. Sadly, I also have had an acute case of real-life getting in the way, so I haven’t gotten as far as I would have liked at this point. I’m currently only level 63, so I still have a long way to go. However, I have remembered why I like Zangarmarsh so much more than Hellfire Peninsula. On the one hand, the aesthetics of Zangarmarsh are much more to my liking. It’s very lush and plays with a more blue color palette, whereas Hellfire Peninsula is much more barren and is mostly just red everywhere. Sure the skybox is cool and pretty, and there’s a lot of other colors there, but that’s it for variety in Hellfire. 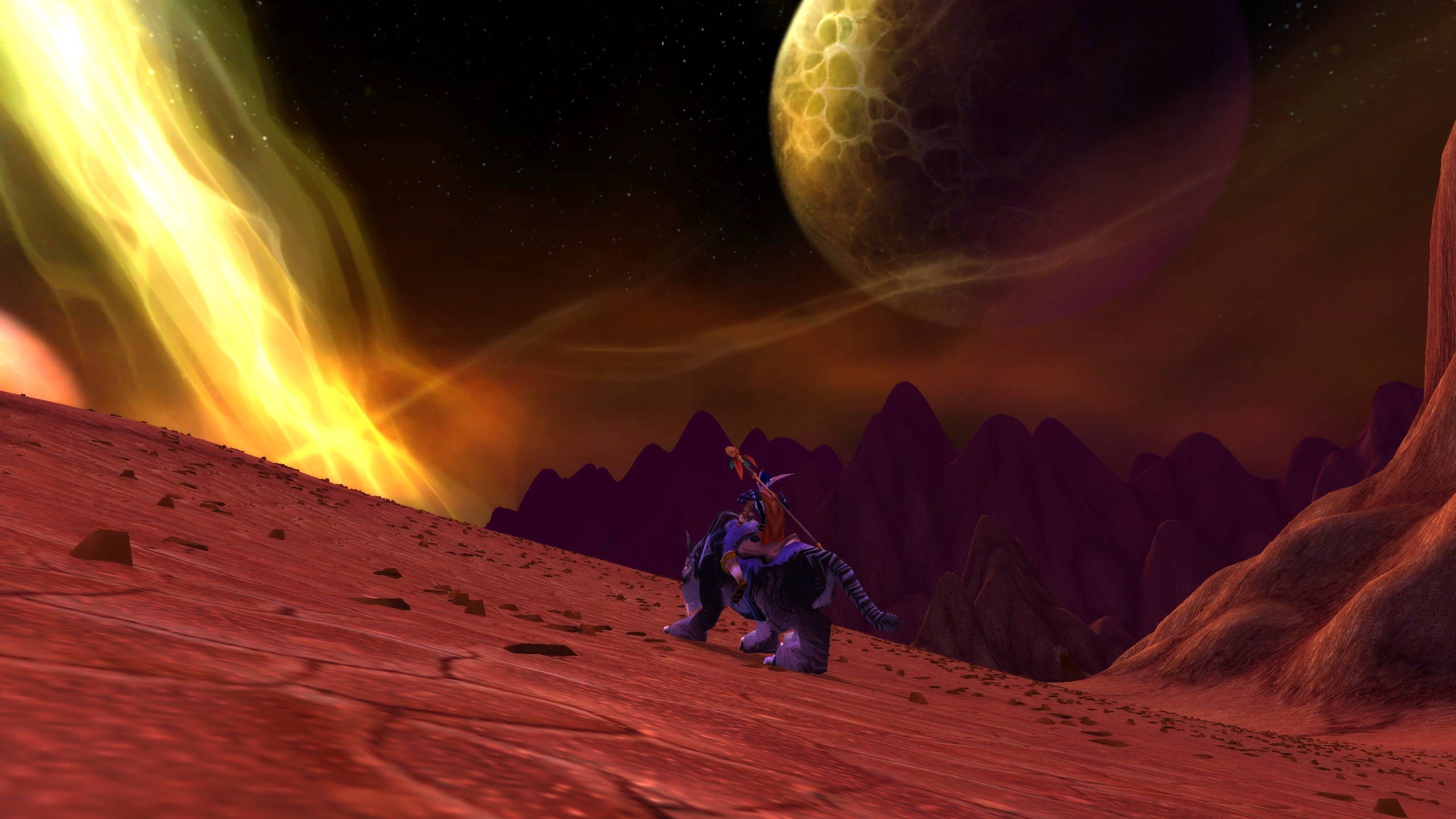 The other reason I like Zangarmarsh more, and I had completely forgotten about this, is the quests are much more centrally located than in Hellfire, especially early on. In Zangermarsh, there are two towns close together that have most of the quests, and for the most part, they all take place on the eastern side of the map. As I have been progressing through the zone, I have been slowly moving more westward. In Hellfire, there are about eight small quest hubs. All of which sent me crisscrossing all over the place, which makes grouping quests together more difficult. The result is my time feels like it is better spent in Zangarmarsh than it did in Hellfire. Nonetheless, I did all but two quests in Hellfire because I’m crazy. Nah, I did enjoy the quests there and the various questlines. I just wish so much of my time in the zone wasn’t spent running around.

My BCC guild is already well into Karazhan, and I think they are currently running four groups every week. It’s been awesome hearing them discuss it and reminiscing about the old fights. It’s kind of funny because there have been so many amazing fights over the years in raids and dungeons, and yet some of my favorites are in Kara. I’ve mentioned before Netherspite and Nightbane are two of my all-time favorite fights. I also loved Opera, Shade of Aran, Chess, and Prince a lot. Yes, I said Shade. It was frustrating when people couldn’t manage to stand still inside the fire rings, but it was an excellent fight as well. 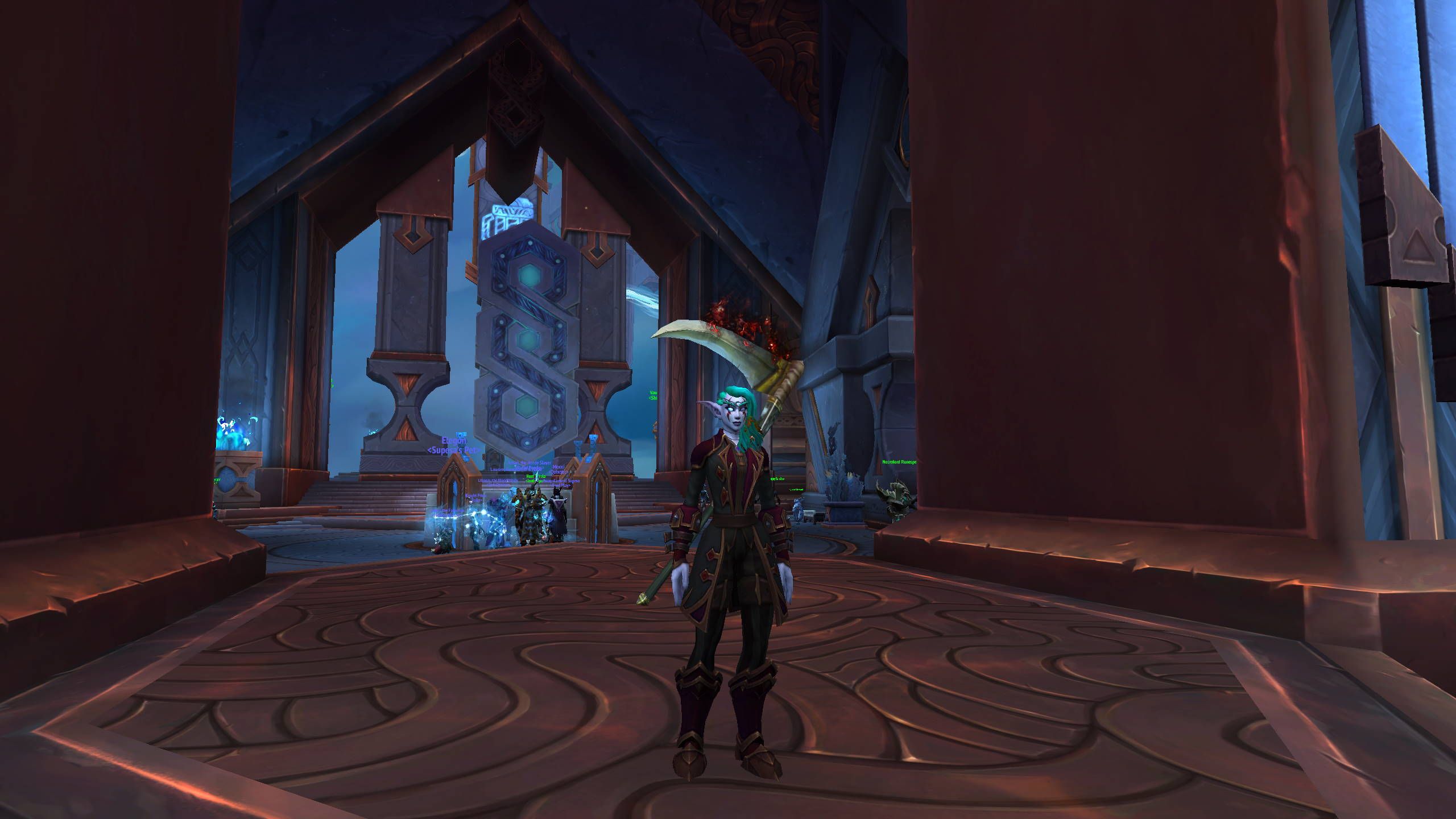 I hope my real-life chills a bit so I can hunker down and catch up in BCC soon. Of course, I’m also going to have to work on the new storylines and Torghast levels in Retail as well. This is what I’ve chosen, though. Regardless, I am looking forward to seeing all the new content in 9.1, especially since I have mostly managed to stay spoiler-free. Are you looking forward to 9.1? Are you upset with the delay in raid and dungeon content? Let me know in the comments below!