I've been trying to write my World of Warcraft column for weeks now and just haven't been able to do it. My thoughts and feelings about all of… well everything, has just been too much of a tangled ball for me to be able to do it. Not to mention I was seriously reconsidering if I wanted to keep playing or write about WoW at all. I've landed on deciding to keep playing retail for now; my six-month sub had just renewed at the beginning of July anyway, so stopping or playing right now is kind of moot. I'm also going to keep writing because that's how I enter the world, and I feel like I need to keep at it. For now, at least. So, what follows is a brief sketch of my thoughts about everything we've learned over the last few weeks. Spoiler alert, I have no unique insight or anything to offer here. I'm just another pissed voice in the crowd. If you'd rather skip to the later sections where I talk about some of the 9.1 content, go for it. I just felt the need to put some of this out there.

For most people, the filing of the gender discrimination lawsuit against Activision Blizzard came as a complete shock. Not just the extent of it, but that it was a thing which had existed at all at a company some people still viewed as a friendly company who made fun games. Sure, there's been a ton of different issues over recent years which tarnished their reputation a bit, but it still seemed like, for the most part, people were content to look the other way. I was at BlizzCon 2019 when the whole Hong Kong issue happened, and for the most part, it was a nonissue. Most of the people who "protested" really only seemed to be doing it as a performative action rather than it being something they actually cared deeply about. However, there was one guy at one of the fountains holding a sign and silently protesting 24/7. I never saw him eat or drink during that time, but he must have at some point, right? Forty-eight hours is a long time to stand out there.

For me, the shock was more at the depths of how wrong everything had been. What is described is the sort of stuff you'd see in a crazy movie; you wouldn't think it actually would happen in real life. Except, I had been warned a few years back. Two different acquaintances independently told me not to pursue getting a job at Blizzard because it'd be a bad experience. I didn't doubt them, but I thought they meant the normal levels of sexism which are not only ubiquitous in the gaming industry, but I have also seen first hand in the various industries I have worked in over the years. I never, ever thought for a second it was that bad. It's unimaginable. But then we don't have to imagine it because it happened. 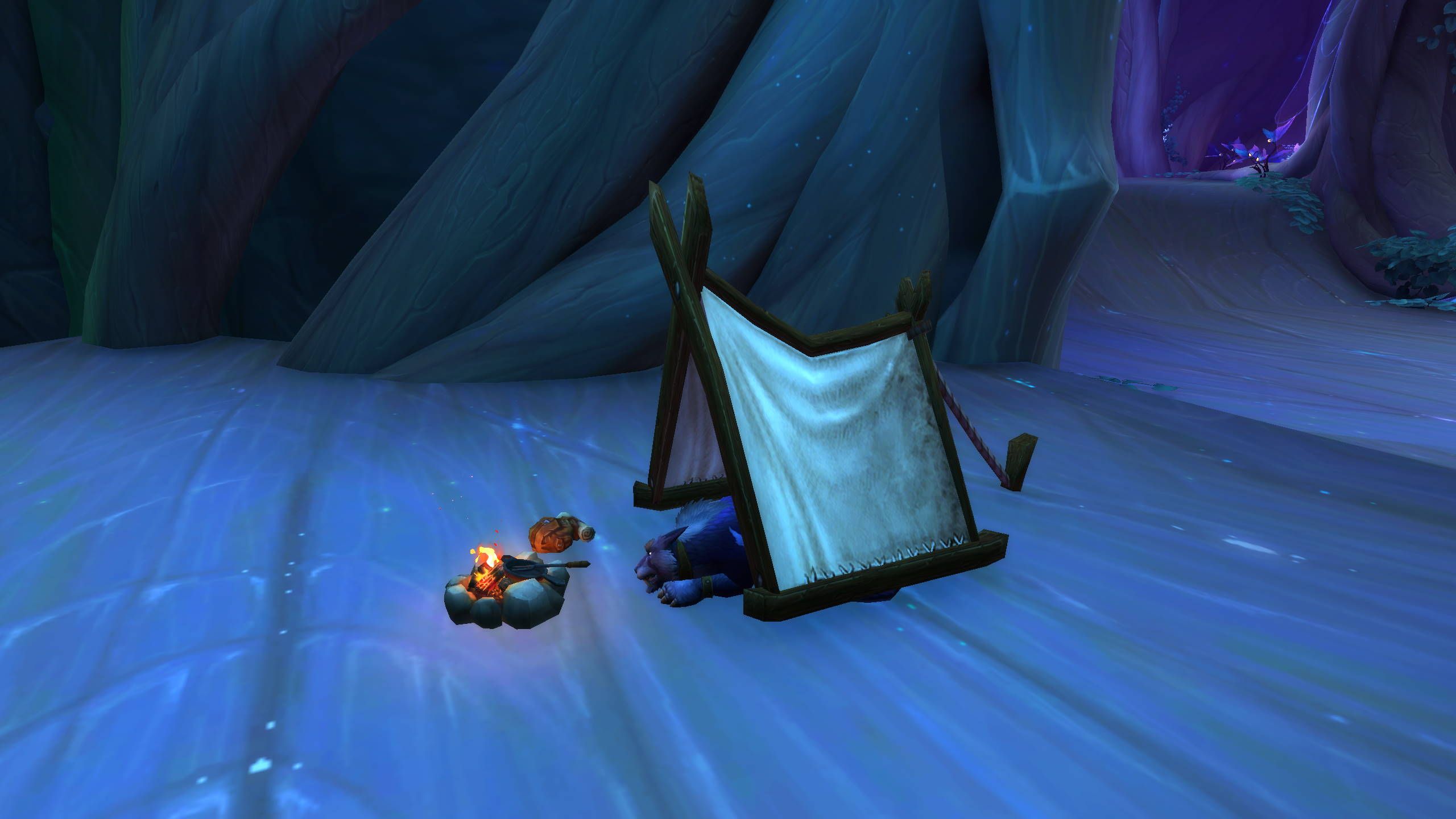 At first, I was pretty sure I was done with WoW; everything just felt so damn tainted. The concept of loving the art but not the artist isn't new to me, and I've struggled with it for a long time. However, this goes beyond having terrible opinions, which could harm people and barrels right through to has adversely affected many people and ruined at least one life. The level of abject failure here is incalculable. What's keeping me in right now is my guild and friends, who I have known for years. I don't know if I will renew my sub when it runs out. I hope systemic change is coming, and harassment of any sort will be out the door soon, but I feel like it's telling that one of the best statements regarding this whole thing came from Jeff Strain, who left Blizzard years ago.

On its face, Korthia is everything I generally hate about add-on zones in WoW. I dislike dailies because I like playing other games too, and finding the time to do all the dailies is often a pain. I don't generally like farming for anything, so I usually don't enjoy farming for rares to get mounts or pets. I also tend to enjoy vibrant and alive zones, full of all kinds of nature, and Korthia is sort of dead and torn apart. However, I really enjoy spending time in Korthia and look forward to doing the dailies and hitting whatever rares are there when I am.

The biggest reason I am enjoying Korthia so much is, it's pretty much my choice if I want to spend time there and do the dailies or not. Back in BfA, a significant factor of why I disliked Mechagon as much as I did was because not only was the zone not to my tastes (which on its own would be fine), but I also had to go there and do the dailies as often as possible so that I could unlock flying. As a result, days, where I couldn't make it to do the dailies in Mechagon, felt like a waste because it delayed me from flying. In contrast, there isn't much need to do the dailies in Korthia because I'm not being kept from anything if I don't do them.

This isn't to say the Archivist rep doesn't matter at all, but it just doesn't feel urgent. First of all, I enjoyed the questline of saving him, and finding the relics to bring back to the cave was fun to do without looking up all the information about it. The initial exploration and discovery of what was in Korthia was a blast. Getting from Rank 1 to 4 was also really easy and didn't feel like it took much time at all. After that, though, it slowed down a lot. However, not having Rank 6 with the Archivist is blocking me from upgrading gear past 220. However, since I'm not pushing cutting edge content, not doing that isn't a huge deal either.

That said, the way upgrading gear is locked is a bit odd. The upgradable gear which drops in Korthia has six possible ranks to it. There are six possible ranks of rep with the Archivist. So, I would have expected upgrading the gear would be in lockstep with my Archivist rep. Instead, to upgrade to rank five gear (226 ilvl) I need rank 6 with the Archivist, which makes no sense at all. It's particularly frustrating because I have a couple of gear pieces I am using because I've been unlucky with drops. This is particularly frustrating because I currently have over 15,000 cataloged research and nothing to spend them on. It's a peculiar choice, so it bothers me. 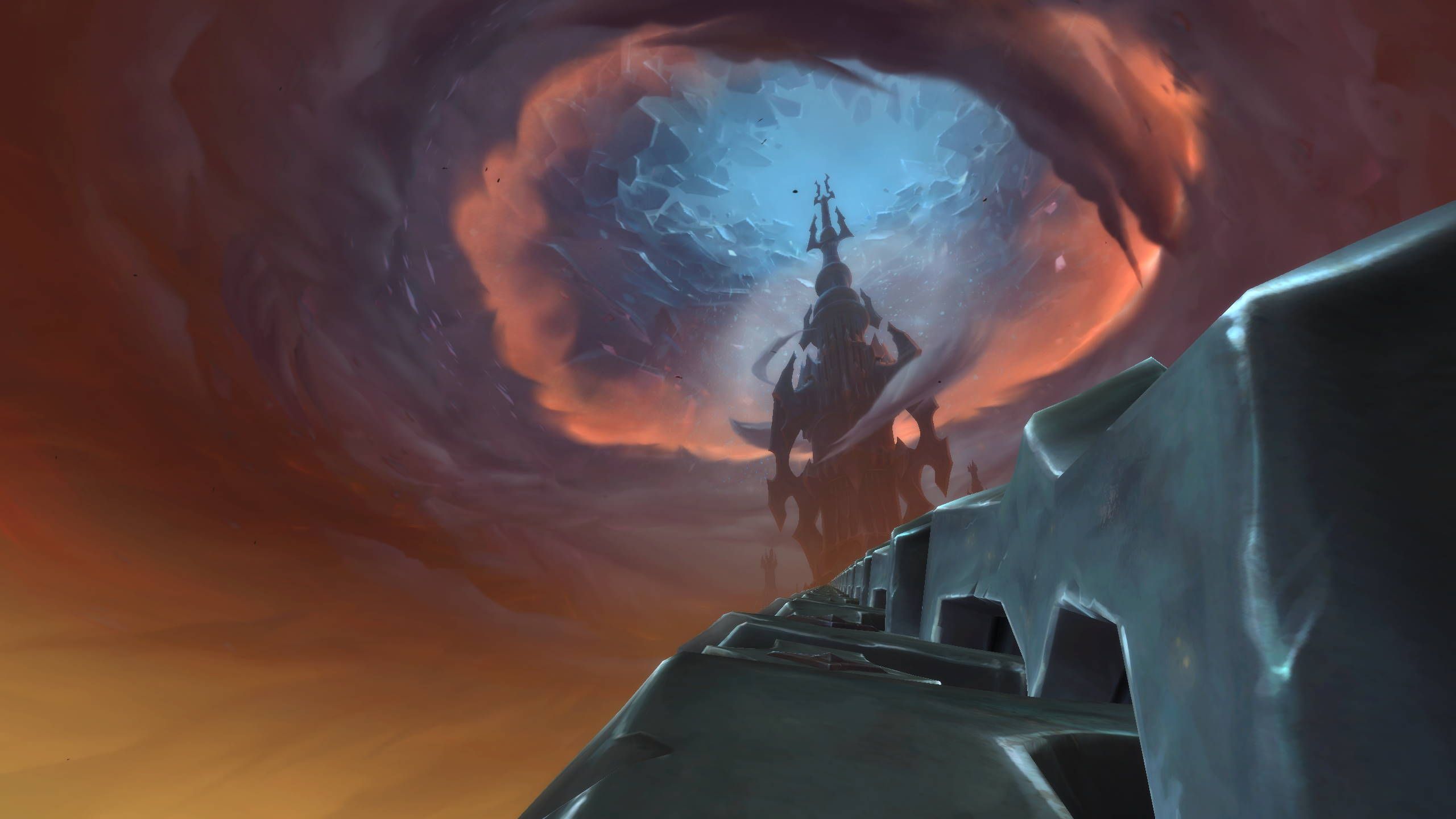 Another thing I loved seeing was everyone working together in finding Maelie. At first, there was a lot of confusion about how often she’d be available, if she was up for everyone at the same time or not, and how exactly it all worked. However, whenever people did find her, they would post the location for others. There were quite a few times when I'd join a map, and someone would post the location for me, and I'd always return the favor. There was one time she was on a hill with a very circuitous route to reach her. I couldn't figure out where to start with it. So, I asked and was invited to a raid group where someone put raid markers and showed people how to get there. It was just wonderful to see. Now that I have her as a mount, I wish I could still see her out in the world so I could still help others. I know it wouldn't make sense, but I like to help people.

Anyway, that's about it for this week. I have a lot I'd also like to say about Torghast and the Raid, but I'll save it for next time. Hopefully, by that time, we'll have had some good news regarding all the other things as well.