Another couple of weeks have gone by, and most people are talking about what 9.1.5 looks to be bringing with it. However, I still want to talk about the current raid, Sanctum of Domination, especially compared to Castle Nathria. Also, Domination Sockets and shards… I have so many thoughts about those. However, I want to talk about something else first.

So, it's been a bit over a month and a half or 49 days, to be more exact since the Blizzard employees walked out and submitted some very reasonable demands. Although we've seen some moves like firing some devs involved with various aspects and removing their names from games in which they appear, the needs set forth by the employees of ABK have still been pretty much ignored by those in power. For anyone who doesn't remember what these demands are, here's the list: 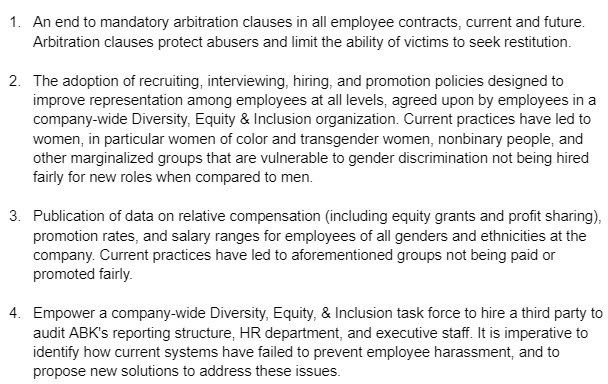 There was also a demand of Frances Townsend to step down from the ABK Women's Network, which she did. Overall, though, the company has done very little to assuage the issues and reassure both employees and customers that they care about their employees, which isn't surprising since we are talking about an American Corporation after all. With the lawsuit still in process, it isn't surprising that ABK hasn't made any significant move to address the issues brought up by their employees. Doing so would probably be seen as some admission of guilt, so that right there limits everything. They won't make significant changes unless the lawsuit forces them to… which could take quite a while.

The demands the employees have put forth aren't crazy or off the wall, though I think point three is probably the least likely to happen. One of the biggest business taboos in America is discussing compensation at all, which, it should be obvious, is only to the company's benefit and not the employees. However, it is one change that should be adopted in every business and industry across the board. In silence, inequity grows; only by shining a light on it will people truly understand how they are fairing, who is getting a fair shake, and who isn't. We should all be trying to do better, and archaic norms of not discussing compensation aren't helping the majority of us. 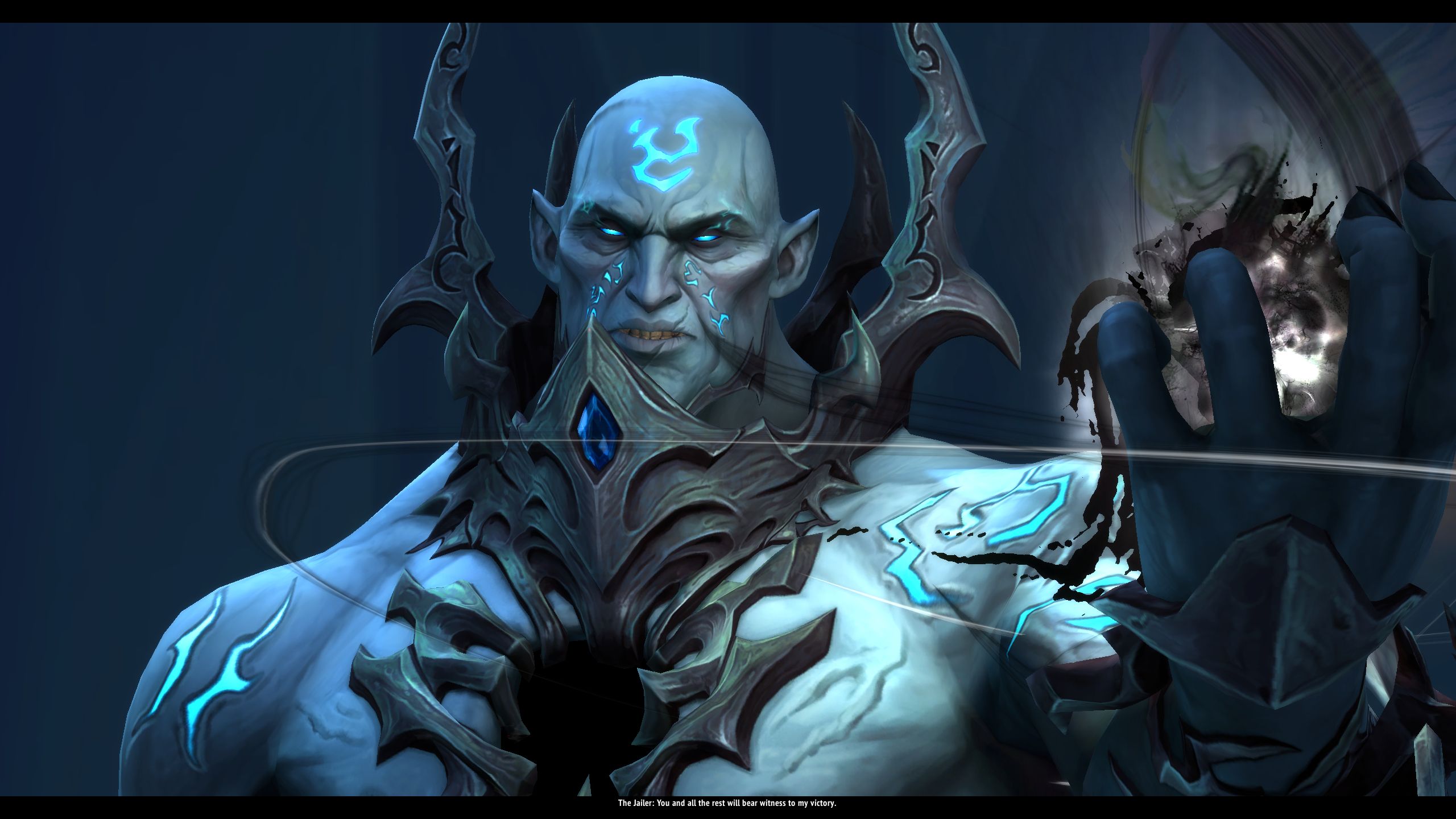 Let's kill Sylvanas! But not really…

First, I'd like to say that I am enjoying the Sanctum of Domination. I did like most of Castle Nathria as well, but it was very different. For example, in Nathria, my raid group never got to where we were clearing all of normal in one night. We switched to using the skip out of necessity because we couldn't fully clear normal and still have time to work on heroic. However, in Sanctum, we have made it to a point where at the very least, we can kill KT on night one, which makes progression that much easier on us. Some of that is down to us just performing as a team much better, but I think it is also down to Sanctum's design.

One of the issues I had with Nathria is the difficulty of bosses often felt a bit random. The bosses who gave us the most trouble were Artificer, Lady Inerva, Slugefist, Stone Legion, and Denathrius. The last three make sense because they were the last bosses in the raid, so logically they should be the hardest. However, Artificer and Inerva giving us issues was a bigger deal because they are both fairly early in the raid. There was just no clear progression of difficulty. Compared with Sanctum Painsmith, Guardian, Fatescriber, KT, and Sylvanas are the only bosses which have given us a real fight so far. Of those, the main issues have been Fatescribe and KT. Of course, we are just starting on heroic for a multitude of reasons, a lot of which have been out of our control, but the fact the back end of Sanctum has been the only actual sticking points has gone a long way to helping to be able to clear everything in one night. So that's good, and a more logical difficulty scale is awesome as well. 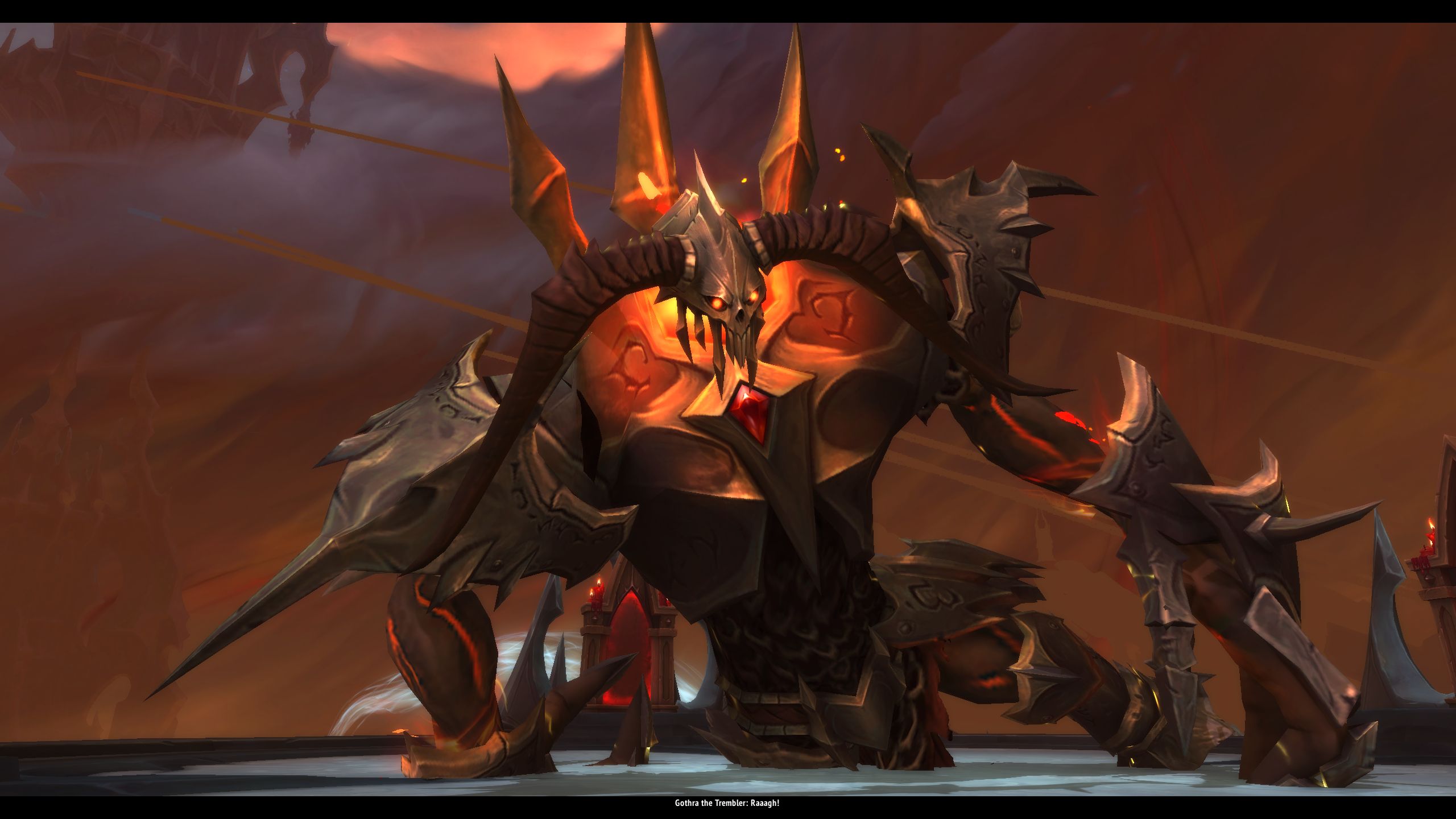 What isn't awesome is a reoccurring issue for normal and heroic raids; scaling with group size is not very good, and there are some terrible breakpoints. For example, when we were working on KT one night, we had 18 players and were struggling to hit the dps checks in the fight. Then a few of our highest dpsers had to step out, which brought us down to 13 players, and suddenly it was much easier to hit those checks. That feels like it doesn't make a lot of sense. It makes sense that fewer people would mean a lower dps check, but the level to which everyone should need to perform should remain reasonably steady.

All of this is further complicated by Domination Sockets and their bonuses from the sets. The difference between having these and not, even for a tank, is huge. Which, of course, was always the problem with tier sets in the first place, players who were lucky and got theirs quickly did much better than those who didn't. I generally like the bonuses they provide and are fairly fun, though it is not fair that the unholy set bonus gives a cool visual effect, whereas the blood set bonus does not. This also creates a bit more friction with gearing, especially when players are also doing M+. It doesn't feel great not to use a 259 ilvl chest because I need to have the 226 ilvl Sanctum chest for raiding due to the set bonus. This is being addressed a bit in 9.1.5, but it won't entirely fix the problem. Additionally, I not only need to have different gear for my off-spec but also separate dungeon and raid gear because we don't get the set bonuses in dungeons. It just really muddied the waters on gearing in an unfun way. 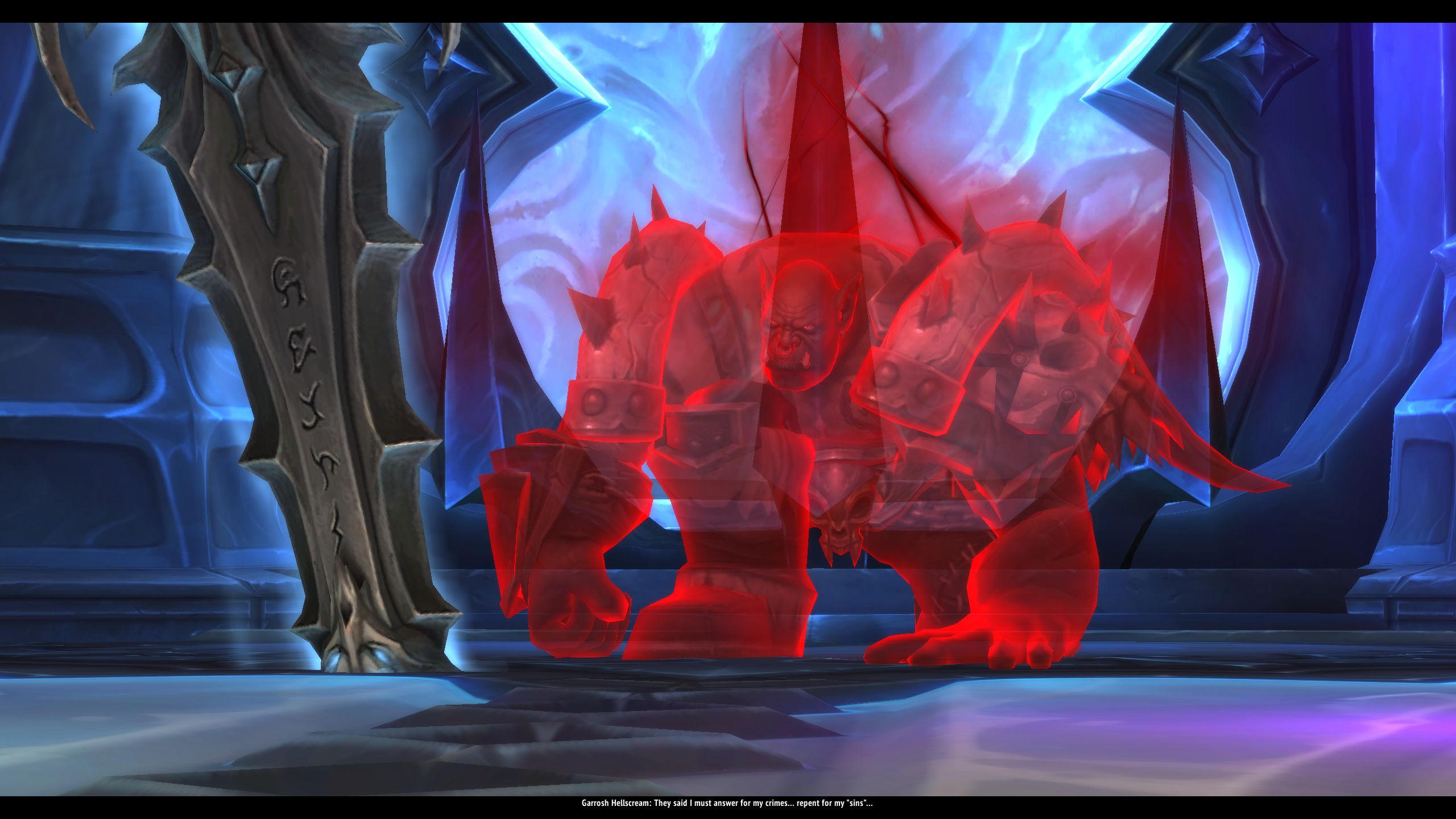 I also have to admit I am a bit disappointed in the Sylvanas fight. No, I didn't think we would kill her; that would have been too much to expect imo. She doesn't feel like that much of a challenge after Denathrius. When I heard it would be a truly epic fight, I was expecting something challenging, but it's only epic in what happens lore-wise, through the different locations, and how long of a fight it is. I might feel differently when we start working on her in heroic, but right now, it's just not the challenge I was expecting.

Overall, I do really like Sanctum and feel like it is a better raid than Nathria (though I did like Nathria a lot as well). I wish domination shards had been left out, I know many people wanted tier sets back, but much like corruptions in 8.3, they are great when you have them and suck when you are unlucky. However, one of my favorite parts of Sanctum is getting to watch Garrosh turn into soul dust every week. That is pretty cool. Have you all been raiding at all? How has it been going for everyone? Any favorite bosses?