It doesn't seem like the Dragonflight alpha has been up for five weeks already, but we'll be closing out the fifth week when this column is posted. Since we only have had access to each zone for one week, there hasn't been a lot of time to deep dive into what is there currently. However, I enjoy having a weekly focus, allowing me to do more random things without feeling like I can't just have fun because I need to experience everything right now. Hopefully, this has been more useful for Blizzard as well. Though there is still a long way to go before launch, it seemed like an excellent point to check in on thoughts regarding the most recent weeks of testing.

This past week has focused on the Ohn'ahran Plains, the zone I have been looking forward to the most as it is the home of the green dragonflight. In addition to being full of new information about them, the Ohn'ahran Plains is an area that is lush and full of wildlife everywhere. The ambient design in this zone is incredibly on point as well. I often found myself just sitting around and listening to the various animals' sounds; it reminds me of times when I have been in the middle of nowhere with no people around in real life. Currently, there's no music in the game, but I look forward to hearing how Dragonflight will sound with that missing piece. If the music is as on point as the ambient work has been, this could be one of the best WoW expansion soundtracks we've ever had.

As with my previous columns, I'm not going to delve too far into the main storyline of the Ohn'ahran Plains, but we do get to spend a fair amount of time with the centaurs and learn about their culture. It was a refreshing change from how centaurs are often depicted in other games. Overall, the main storyline felt a bit shorter than the others. However, this could be down to getting more used to how the zone stories flow and navigating with dragonriding. Additionally, since I was looking forward to it so much, I did rush through everything a bit more. That said, there are a ton of side quests throughout the area and many regions left to explore. 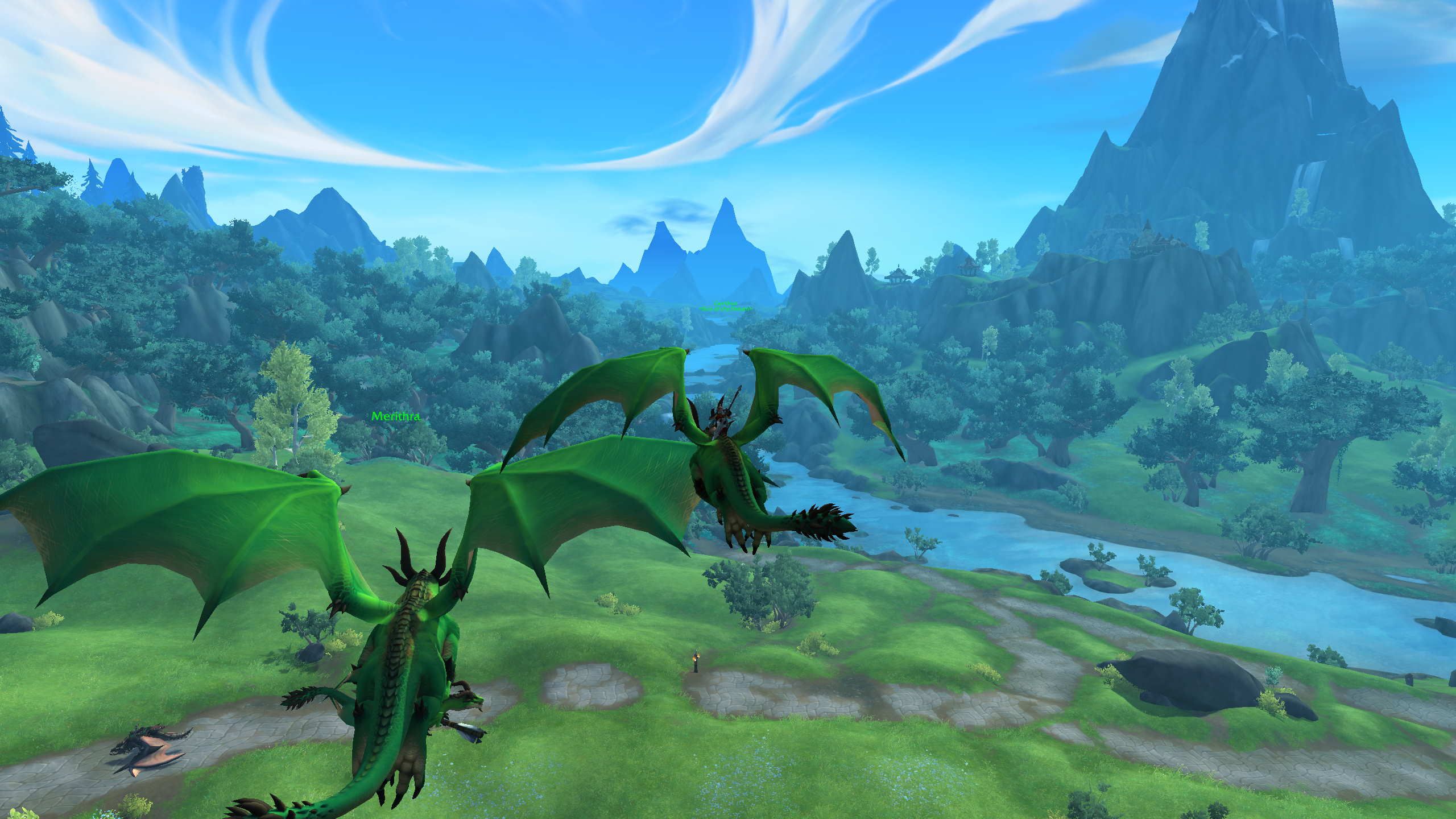 Over the weeks, I've had varying experiences with World of Warcraft's dragonriding. At first, it was a ton of fun, and I enjoyed it, but it also felt weird because it felt like the dragons didn't have any actual weight to them in their handling or the way they landed. For example, landing after flying close to max speed would cause a sizeable crashing sound, but nothing about the animation conveyed that. Additionally, in my initial experience with dragonriding, the turning was super tight and didn't make sense for what should be a relatively heavy flying dragon. I'm not saying I want real-world physics or anything; that would be terrible. The disconnect between the two was too far that first week.

Then, when the Waking Shores was up for exploration, Blizzard made some adjustments, which were a bit of a detriment to the whole experience. The biggest issue was turning was a bit delayed, and it felt like I was losing momentum too quickly. Now, that could have been down to the fact that it was the first zone where I was learning dragonriding from the beginning, so the less smooth experience could be down to my character just having less experience with it. However, the dragonriding talent trees haven't been active in alpha yet, so I don't believe that's it. Instead, it seems more likely to be related to adjustments they've been making to it. 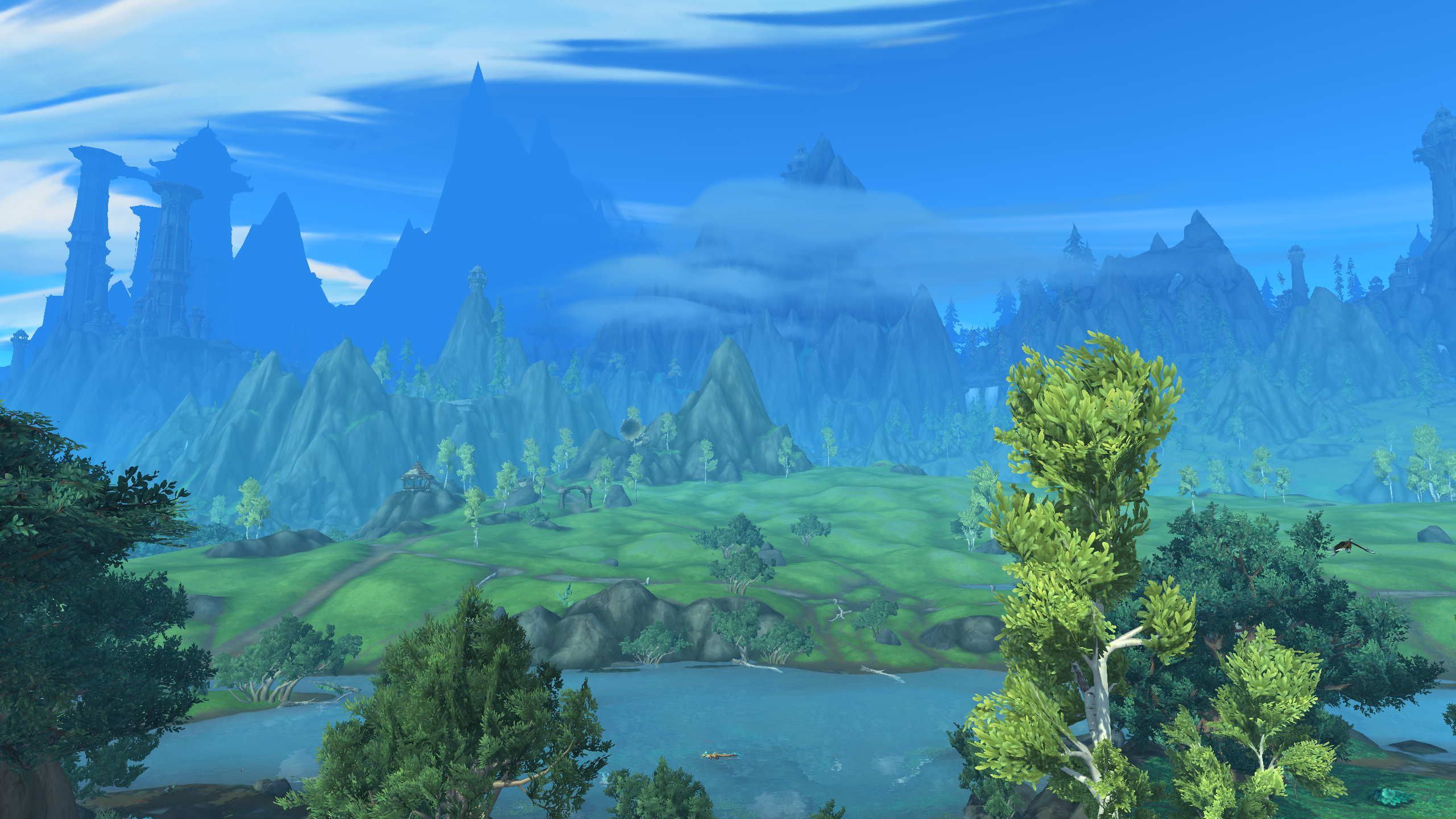 Dragonriding this past week has hit the sweet spot for me. It feels like it makes sense but is also fun to do. I also found myself primarily using it when I needed to cover a decent distance rather than any time I needed to go anywhere as I did in the Azure Span. Some of that is down to the novelty has started to wear off a bit, but a lot of it is dragonriding doesn't generally feel like the most efficient way to get around unless I need to go a decent distance. Of course, I say this as a druid who can easily use travel form, so your mileage may vary. There is still the issue of landing when flying fast, feels like nothing.

Lastly, after trying multiple dragonriding races in each zone, I need to tip my hat to whoever is designing those. There is a lot of variety between them, and they are all a blast. Even when I accidentally fly into a tree or hit the ground randomly, messing up my run. At some point, I'll put together a video of the various races to show their differences. There's even one in Ohn'ahran Plains which doesn't have a prescribed path; it's just figuring out how to get through all the rings in the most efficient way. That threw me for a loop the first time because I wasn't expecting it.

There's still a long way to go before Dragonflight is near launch. This week felt the most like alpha to me out of all the previous weeks, based on the number of LUA errors thrown. However, the leveling experience is shaping up to be one of the best we've had in a long time. As always, the big questions are how things will feel at max level and all the systems related. Plus, we still haven't seen the new work order system at all, and that's going to be a huge part of if Dragonflight is thought of fondly or not. For now, I'm optimistic but hope we can drill into how the systems will function at max level soon.