After four months of waiting to see where our adventures will lead next, Final Fantasy 14’s future finally begins with the release of patch 6.1, titled "Newfound Adventure.” With a 10-year roadmap ahead, the patch continues Creative Business Unit 3’s ambitions to make FFXIV a fun, alluring experience for everyone old and new.

The new content has players adventuring into treasure-filled ruins, meeting the legendary Twelve, and showing their booties in Adventurer Plates. Everyone’s brawling as well in Crystalline Conflict, the new PvP game mode, and sadly, there were some hiccups as well, in the game’s housing update, but honestly, when isn’t there an issue with housing?

Was this patch an adventure worth taking, or just another droll mission into new content?

As promised, "Newfound Adventure" basically picks up where Endwalker leaves off, but it assumes you took a bit of a break since the end of that expansion. Regardless of whether you actually took time off since the expansion’s release four months ago or kept going with your own Final Fantasy 14 adventures, it still feels like a warm welcome back, like any other “go take a break” interlude in the Main Scenario Quests. 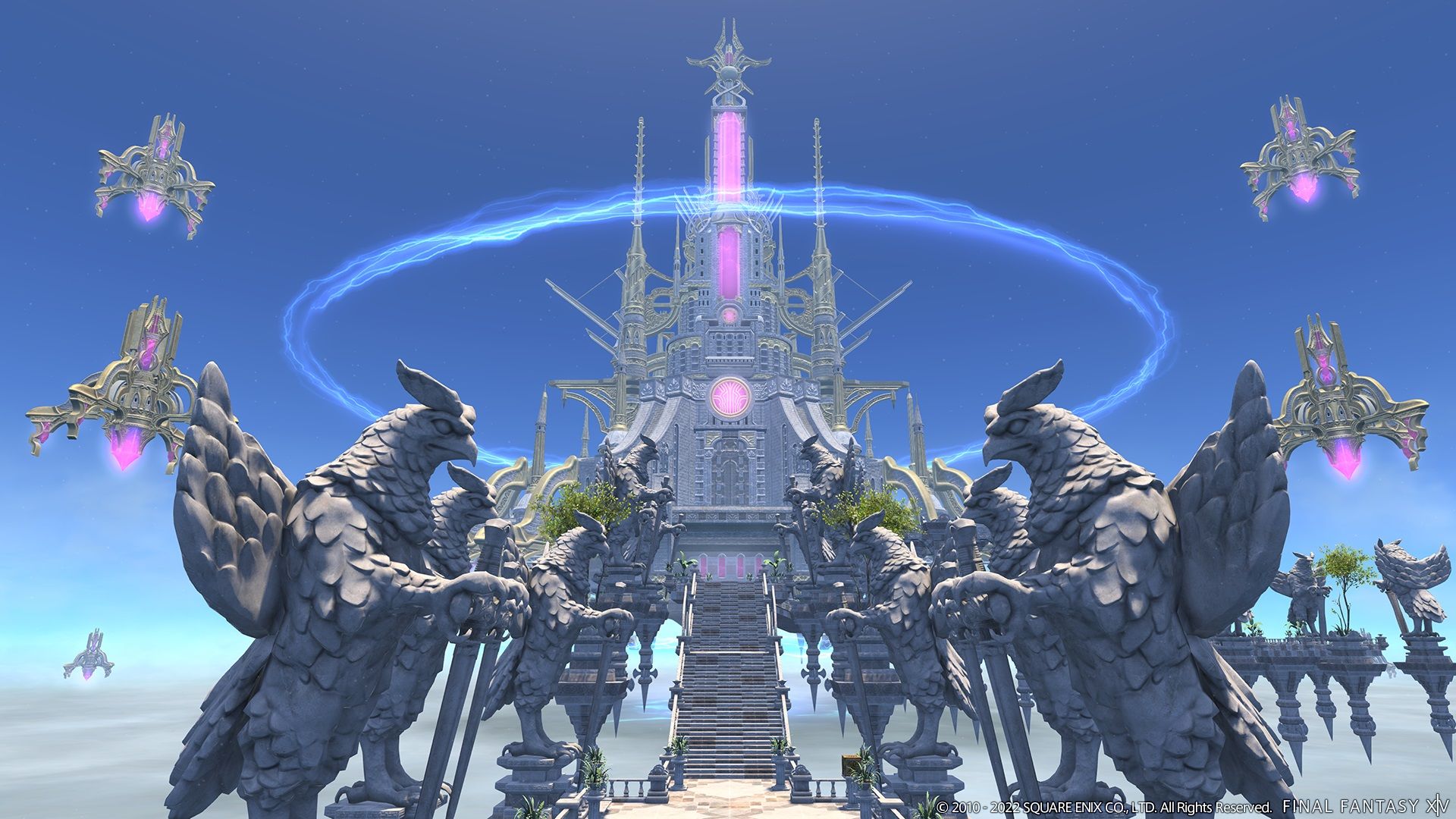 The material of the story feels similarly removed from your prior world-saving adventures, and the characters even express as such. They also do a good job of explaining where they’ve been so you don’t feel like you’re entirely left out of the loop (though technically, you have been). And the stakes seem pretty low to start, but as always, FFXIV won’t let you deal with the small fry for long.

Without going into serious spoilers, thankfully, there’s a smooth transition into the higher-stakes situations. The ordeal doesn’t feel unnatural for the Warrior of Light and the Scions, either. Players that have taken deeper dives into the fundamental lore of FFXIV will be excited to get into 6.1’s subject matter, and surely 6.2 and beyond will provide more answers than ever. It’s also pretty easy to follow along in case you’ve forgotten all the relevant lore and details of what’s being introduced.

While the subject has been explored since the early days of the game, including even the original 1.0 launch, it’s easy to lose the details in the midst of pretty much everything else that’s happened. But while there are throwbacks to the older lore, it ties very well into the current circumstances and both the old and new casts of FFXIV, forming an interesting and heartfelt introduction to what may come.

While the new story is fantastic, so are the battles that they also included. There’s the final Extreme trial, Endsinger’s Aria, which pits you against the final boss of Endwalker. Meanwhile, the first installment of Myths of the Realm, the new Alliance Raid, introduces the first four of The Twelve we’ll be taking on. In 6.11, in approximately less than a week, there’ll also be a Heavensward-themed “Ultimate” for the big lads out there. 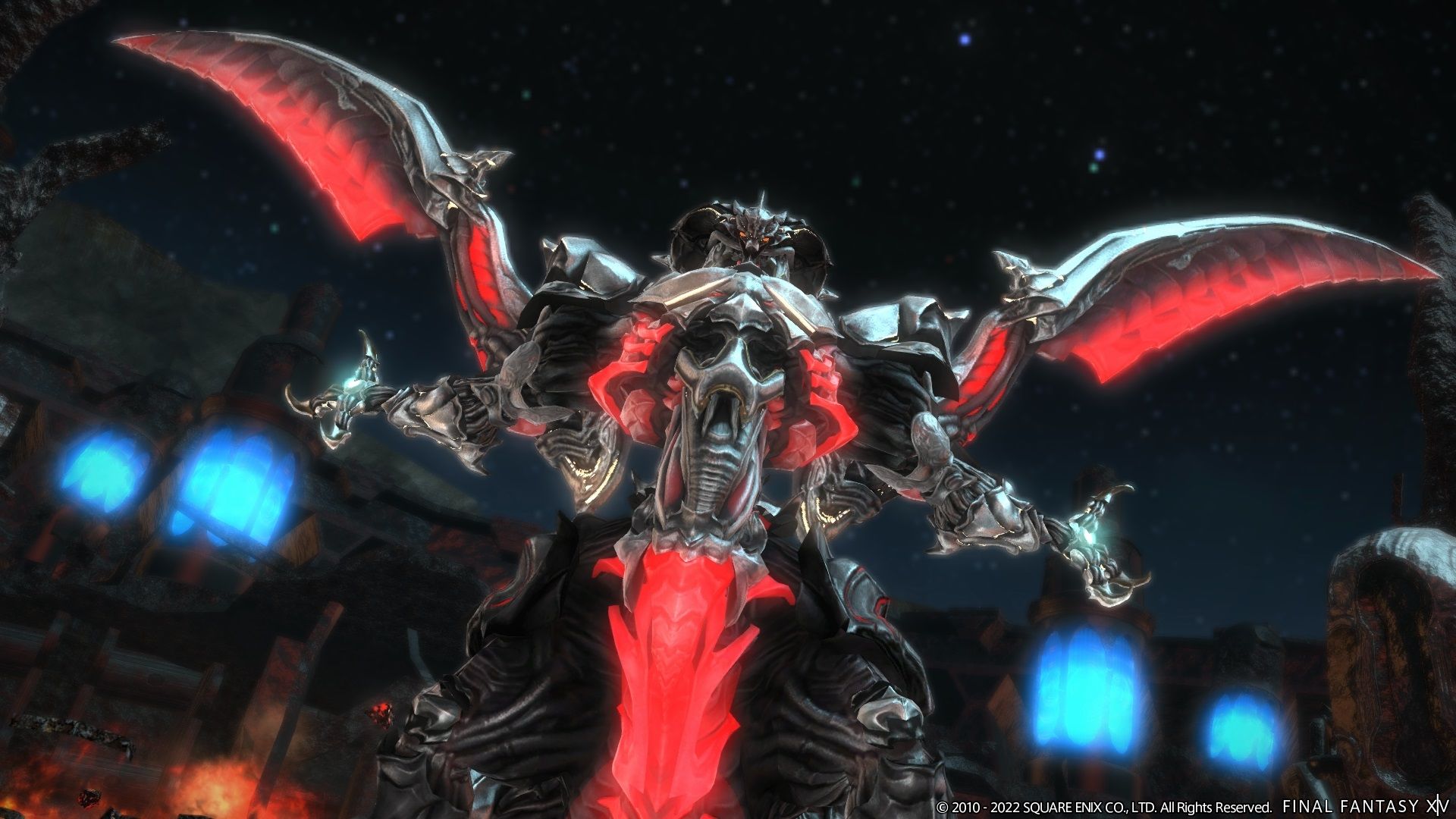 More than anything, Myths of the Realm is on all the content fans’ lips for a good multitude of reasons. The gameplay introduces a ton of fun elements that are cool when figured out, and frankly hilarious when failed. The setting is spectacular, with lovely new soundtracks and breathtaking scenes that make you genuinely feel like you’re in the realm of the gods. And while cutscenes aren’t voiced, the fights are, with a lively cast that breathes life into the renowned characters. If you haven’t tried an Alliance Raid and want a challenge, this is a great place to start.

Meanwhile, Endsinger’s Aria much prefers being a brain-tickler in its attacks above prioritizing sheer force through adds, which I prefer personally. However, it doesn’t exactly add too much on from the original fight, nor does it extrapolate meaningfully. It’s definitely not going to be everyone’s cup of tea, but it’s a fairly interesting and exciting fight to learn and clear.

And while I haven’t gotten to it, Crystalline Conflict, a Splatoon Tower Control-style game mode, looks like an absolute hit so far. As mentioned in the 6.1 preview, you push a tower as far as you can through a symmetrical battlefield. So far, it seems the primary complaints are about the strength of certain PvP versions of classes, but from what I’ve seen from friends and videos, many are enjoying it far above current and previous PvP modes.

We’re also still waiting for plenty more side missions to come featuring fan favorites Tataru and Hildibrand. In the meantime, we’ve been given plenty to do and fight.

With the core of Endwalker out of the way, 6.1 seemed like a great opportunity for the FFXIV staff to focus on improving the game for years to come. Such improvements have been promised since the announcement of Endwalker, when the team claimed it had plans to keep the game sustainable for the next decade to come. 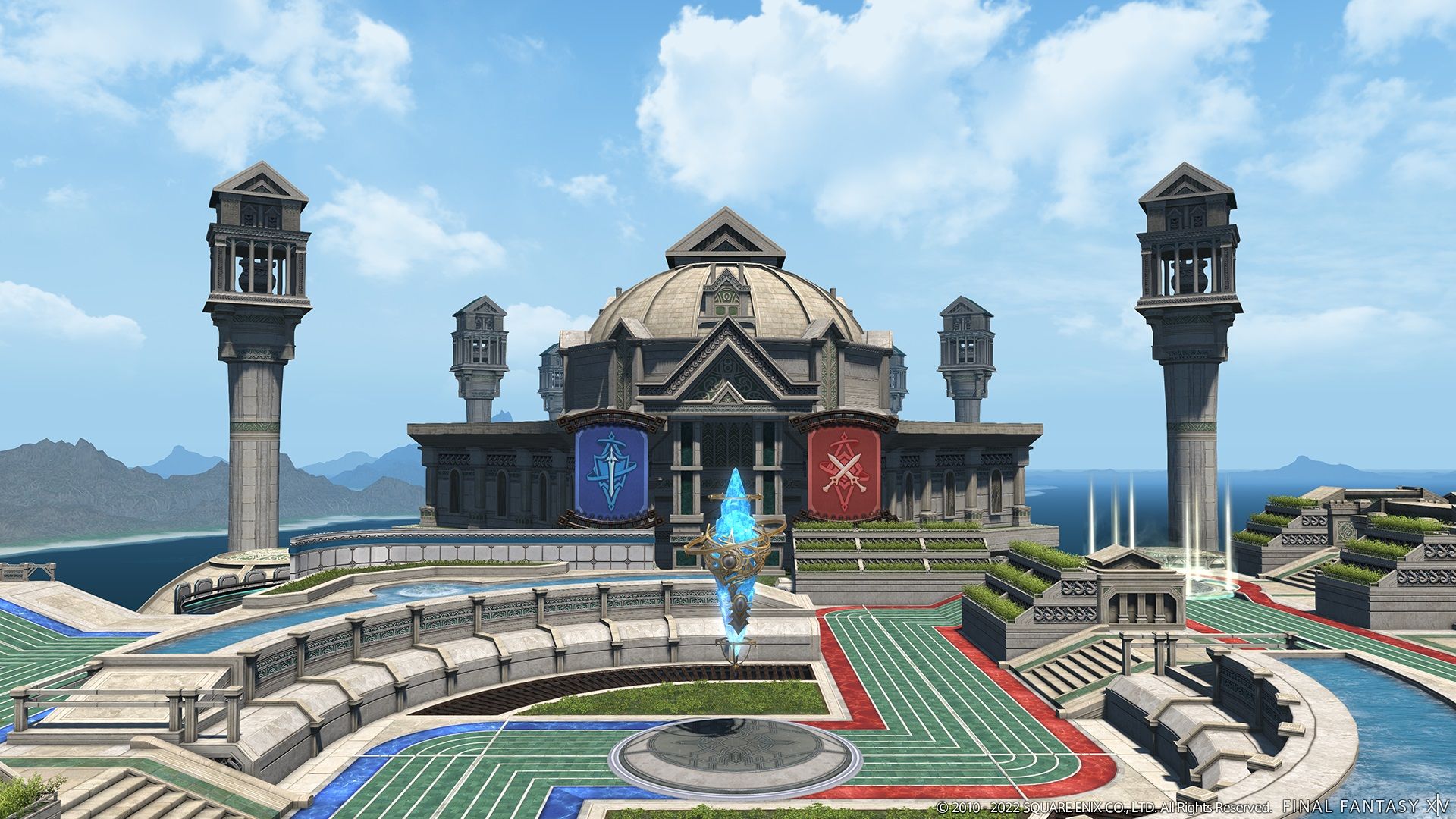 The most outrageously popular additions so far are the Adventurer Plates and Portraits. Adventurer Plates are little customizable information cards that outline the player’s preferred style and hours, including the typeable Search Info. It’s accompanied by a Portrait, a Group Pose-like image showing off a favorite outfit and a highly customizable pose (for better or worse). The portraits can also be used for introductions for the new PvP mode.

Upon patch launch, the Empyreum housing ward launched, as well as a new lottery system and restrictions for all housing. Unfortunately, it’s hard to overlook the mess of the housing system’s lottery results. Due to a systems communication error, a large number of players were unable to get houses through the game’s new lottery system. Much like with the connection and queue issues, though, the team thankfully showed up with haste - on a Sunday late night / early morning in Japan, no less - to start to attempt the issues. As of now, the solutions are coming together, but despite the haste in attacking the bugs, it’s still a disappointing start to highly-anticipated social features.

That’s not to say the lottery and Empyreum themselves are bad. Each seems promising! I’d have to say the exception is the severely limited nature of private plots, with three-fourths of the wards being allotted for Free Companies and the rest for private owners. But then again, that seems to be the current state of many servers’ housing occupation anyway.

There are also quite a few new tweaks that have already made the experience far smoother. The miscellany acquisition mark that checks to see if a minion, orchestrion roll or the like is acquired is super helpful. As a Black Mage player on a tight rotation, the auto-target feature’s been helpful, and I’m sure controller players are having similar sentiments. You can try out Mog Station (paid, optional) items in any Inn by using the bed, and add comments to retainers to help you sort out who does what. And I know I’m going to enjoy reading through the Adventure Codex, which briefly explains certain concepts and characters important to the FFXIV world. With the rate at which FFXIV is growing in population, every step is a good step to help players have a better time.

Should I Jump In After Spring Cleaning?

Now, the all-important question… is it a good time to return if you’ve been taking a break?

Eh… up to you. Between the quality-of-life changes and the fantastic new content, it’s not a bad time at all to dive back in. However, there’s plenty more coming before 6.2, and it feels like every major patch makes FFXIV a far better experience to return to. Plus, we’ve admittedly been left on a bit of a cliffhanger that’ll hopefully escalate into something more interesting down the line. 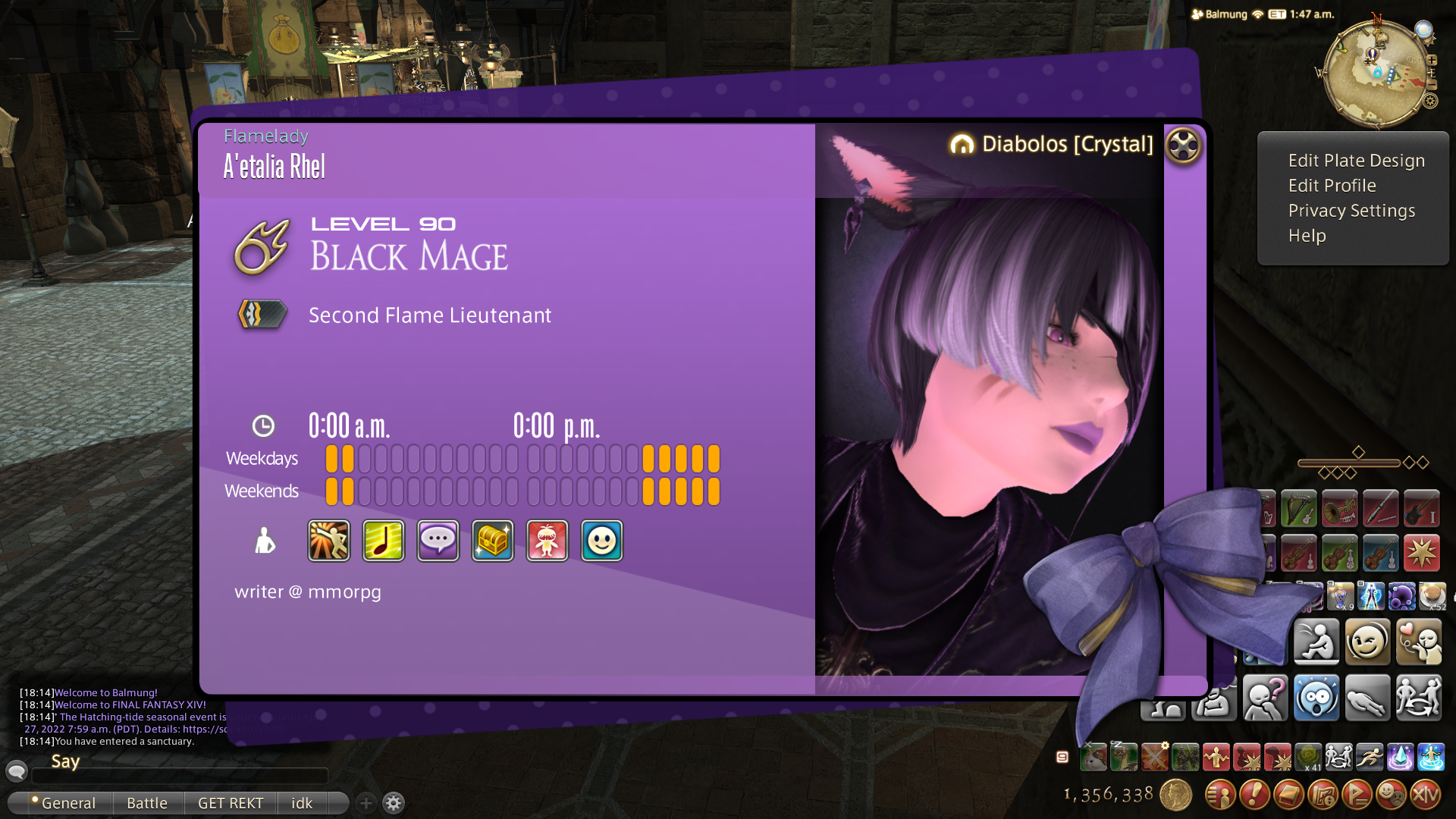 However, if you’re giving FFXIV a shot, there’s really never been a better time. The free trial is back, and now you have plenty of time to finish Endwalker after the hype died down (as did the queues). There are great things, even in the midst of mild disaster, and that’s really just what FFXIV is all about in the end. It’s worth also mentioning here, too, that the Realm Reborn finale was cleaned up in a spectacular way, so if you’ve heard stories about the base game’s infamous ending, you’ll definitely want to try it out now.

What part of 6.1 did you enjoy? Did you make an Adventurer Plate, or try the new base game finale?