It's been over two months since I returned to one of my old MMO flames, Star Wars: The Old Republic. As I wrote in previous columns, I couldn't have chosen a better time to try to rekindle my love for Bioware's game. The game that once was hailed the 'WoW killer', like many others before it. Its Steam release has definitely given it a new lease on life, which doesn't happen for every MMORPG that tries to hang in there. Wildstar comes to mind. Oh beautiful Wildstar, how I still miss thee.

Anyway! After those two months, I'm feeling a new, yet familiar feeling. I'm reasonably certain that most MMO players know what I'm talking about. You know, that feeling when the MMO you're currently playing evolves from that hot new flame of yours to a stable relationship. That feeling when lust changes into love, but on the other hand, lust also gives way to routine. The thing about routines? They can make or break any couple. Some thrive when they become settled, content spending every day with each other, doing the same things. Others get bored, soon longing for new experiences, ditching what they have and what they know for the unknown.

A very important thing for persistent online games is to keep players who have experienced everything they wanted to experience interested. Usually, there's two approaches to achieve that. Either you try to coerce players to log in on a daily basis to do repeatable quests and offer them a reward if they do, just so they have something to work towards. That's the option I would like to call the 'hamster wheel'. Or! Or you give players the feeling that it's alright if they stop playing for a while, promising them that at a later point they will add more content that will entice them to come back. 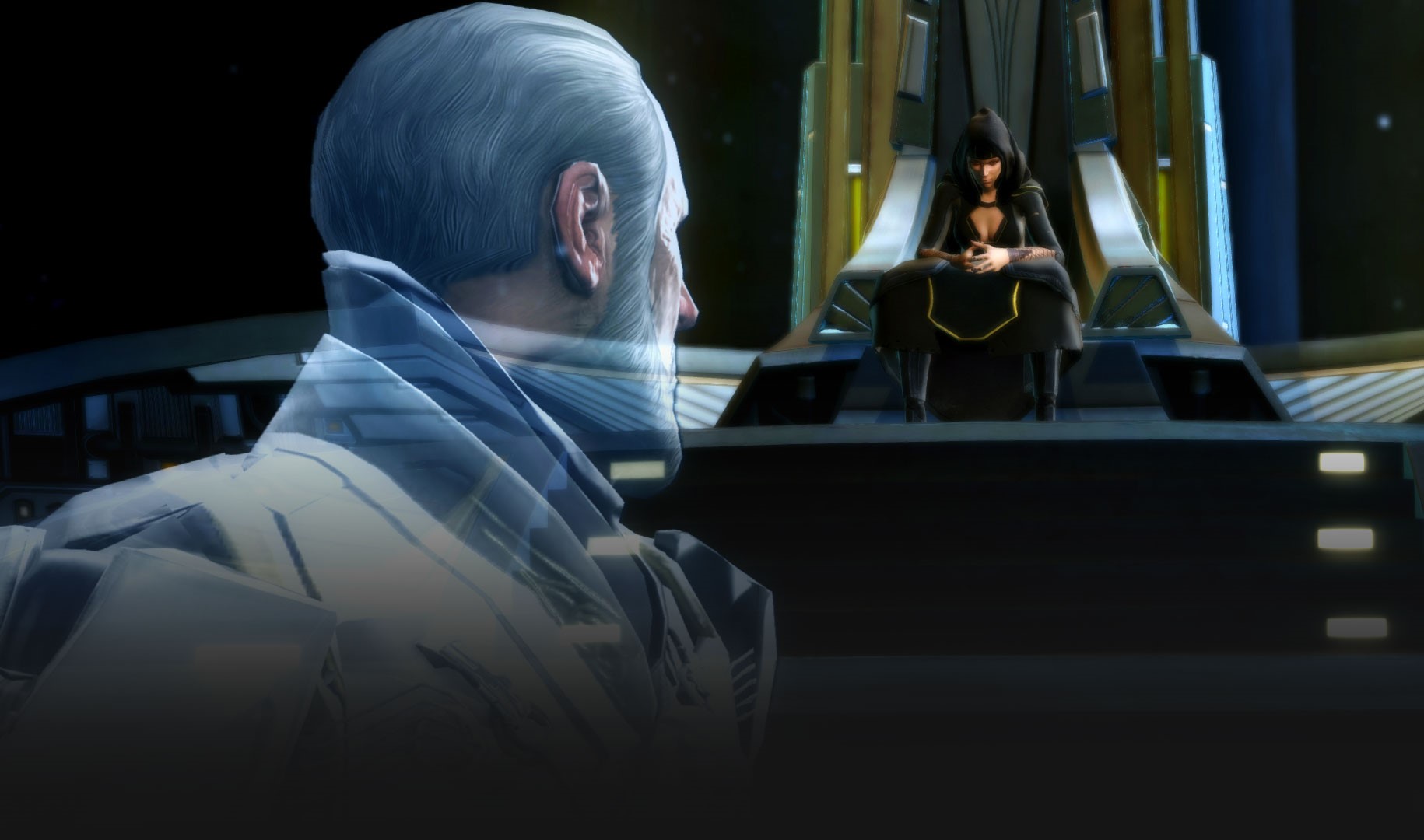 Zenimax's Elder Scrolls Online (a game I still adore) is a good example of the hamster wheel. They want you to play daily, and they don't shy away from using the most blatant virtual carrots possible to make you do their bidding. Final Fantasy XIV is the polar opposite. They outright and literally tell you 'just unsub if you're bored, we'll add more stuff later, no worries'. SW:TOR on the other hand seems to be a healthy middle of the road case.

Ignoring all additional content Bioware released since the game's release, the game offers eight different storylines that are all interwoven. Whereas in most MMOs, creating a new character serves to experience a new class, here you make a new one to satisfy your curiosity about the main storyline, and how this particular character will experience it. Even if you aren't particularly interested in a certain play style, the mostly exciting storylines are doing their best to keep drawing you back in. Another interesting mechanic Bioware uses to seduce your wallet and garner your attention is... how to put it... their Telltale style episodic storytelling they adopted in later expansions. 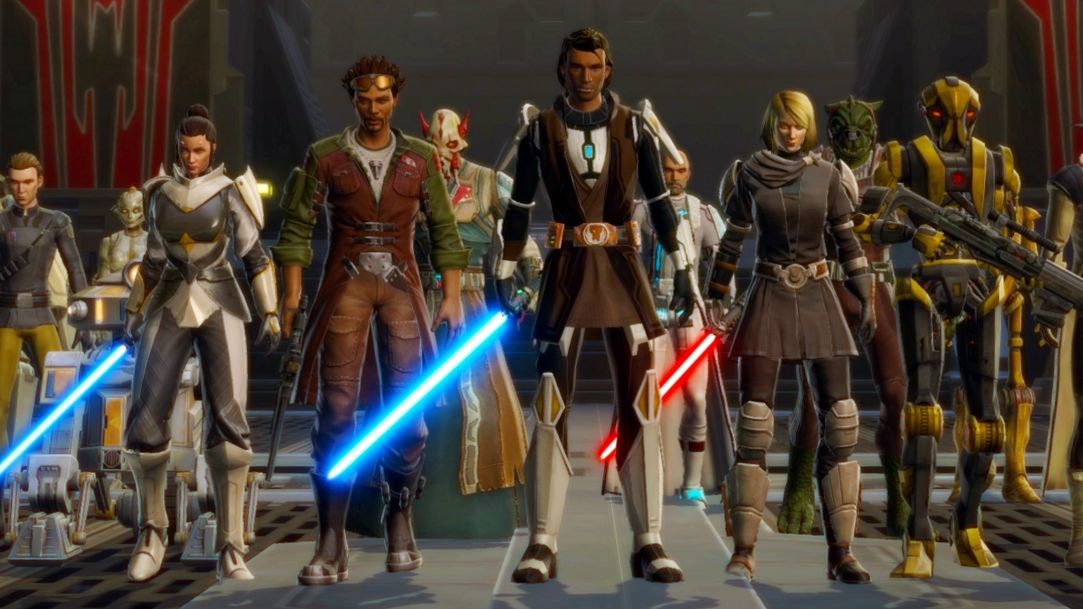 We've seen it time and time again in World of Warcraft: a new expansion comes out, player numbers spike. One month later, and those player numbers dwindle back to were they were before the expansion released, and then they drop even further as more people quit due to MMO fatigue. The long period between expansion releases makes people realise that there's not much for them to do other than adhering to the grind that Blizzard prescribed them. SW:TOR handles this whole affair better: they bait you with a story chapter that takes you anywhere between two and 20 hours to complete, and then bait you some more with a gigantic cliffhanger. As there are only a couple of weeks to a few months between those chapters, you might just as well hang around to see what happens next, right? Yep. That's exactly what happens. That's how SW:TOR gets you.

It's text book manipulation, and I'm okay with that. It's a formula that worked for TV and movies for decades. I'm okay with it because it only works if the story is gripping, and that means: if your story is good enough to catch my attention and make me want to experience more of it, I'm fine with you manipulating my emotions. You get the attention you so crave as a developer, and I get the entertainment and gleeful anticipation that I crave myself. It's a good deal.

Okay! OKAY! I'll admit it! I wrote a whole lot about the intricate way that Bioware makes you stay loyal to them by adding worthwhile storylines to the game to distract you from the bitter truth. Here it comes: there's so much loot in those daily quests. So so much loot. Pets and mounts and purple items and golden items and... dang. I'm addicted. They got me. They got me good. I'm just a simple man after all. Now excuse me, I have to open another daily quest loot box