MMORPGs with PVP are nothing new, with many MMOs  in the early days of the genre making their bones on hardcore, full-loot player combat. Nowadays, PvP is just one aspect of what makes a good MMO, though some take it a bit more seriously than others. Here are 13 MMOs to test your skill against each other this year. 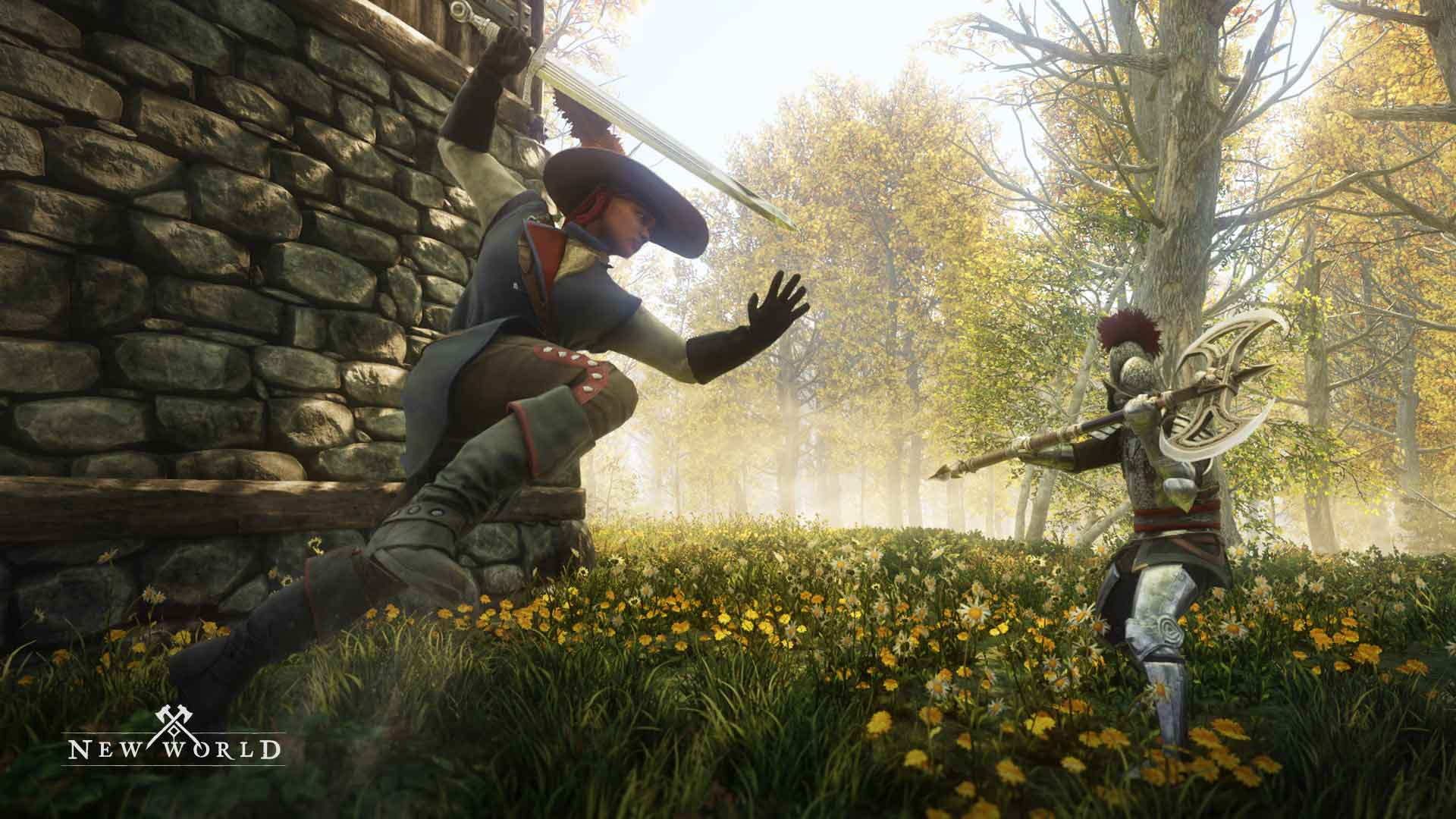 Set on the mystical isle of Aeternum, New World’s setting is split between three warring factions. Ideological and fashion differences divide the player base as the world of Aeternum is constantly being fought over as factions can control the various regions and settlements of the isle. While the MMO is no longer a full-loot PvP game, it is full PvP outside of the sanctuary of settlement towns – so long as you’re flagged for PvP.

In addition to just brawling on the roads of Everfall or First Light, New World features wars that see player Companies (New World’s guilds) vie for control over a settlement. In addition, the smaller Outpost Rush mode can pit players against each other to earn some loot, money and glory. 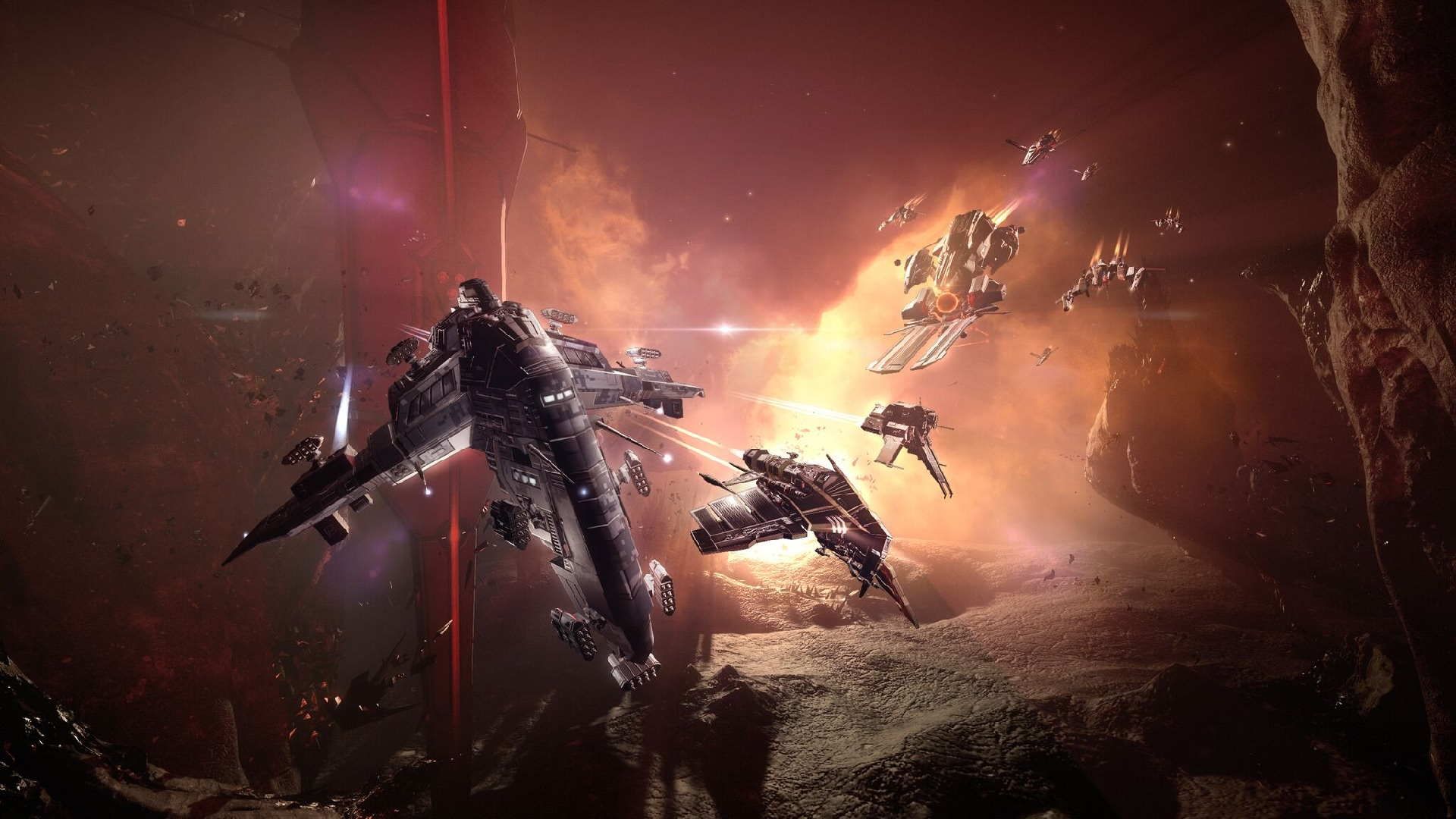 EVE Online’s player battles and escapades over its nearly two-decade history have become something of legend in the MMORPG world. So much so that they have spawned two books on the history of the Empires of EVE. In the universe of New Eden, every action has risk, and could, in turn, result in loss. Like many other PvP titles on this list, EVE Online is a full loot, open-world PvP title – you die and chances are your enemy has hoovered up your belongings and wreckage before you could make it back there. Never undock with what you can’t afford to lose is an adage in EVE Online – one that perfectly describes the cut-throat – and thrilling environment that EVE Online’s PvP has on offer. 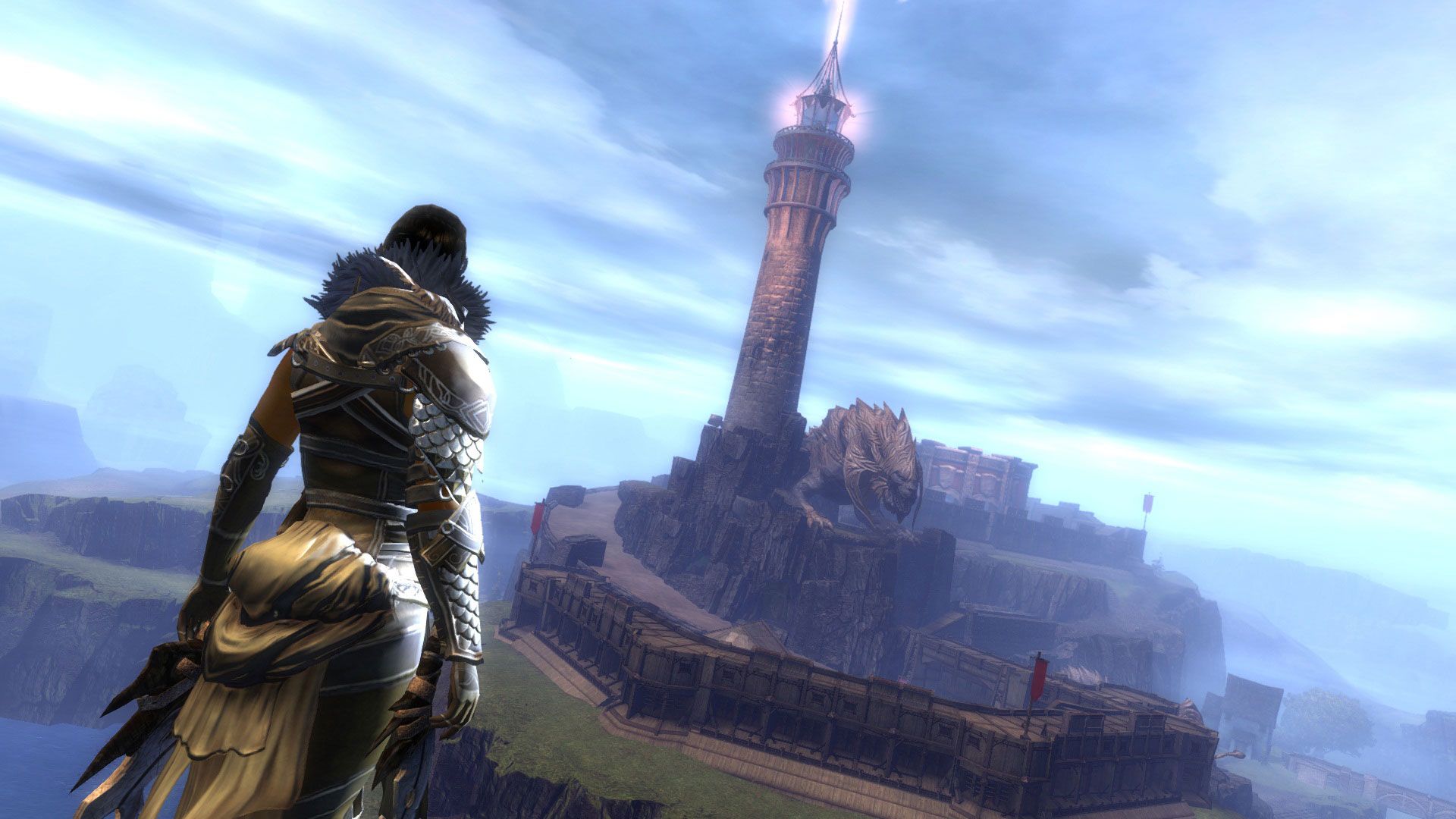 Guild Wars 2’s largest PvP draw has to be its incredible World vs World vs World mode, seeing tons of players duke it out across huge maps. The mode itself combines traditional PvP with PvE elements, meaning players don’t just have to contend with other players but also the world itself. Players fight over resource camps, take objectives such as Keeps and much more. Many believe GW2’s large-scale PvP mode to be among the best in any MMORPG on the market.

It’s not the only PvP mode on offer as well if you fancy Guild Wars 2, as ArenaNet’s MMO also features structured PvP with modes that see players defeat each other in a team deathmatch, or work together to capture points in the Conquest mode. There is a lot on offer with Guild Wars 2, making the buy-to-play MMO a must to check out if you’re looking for incredible PvP. 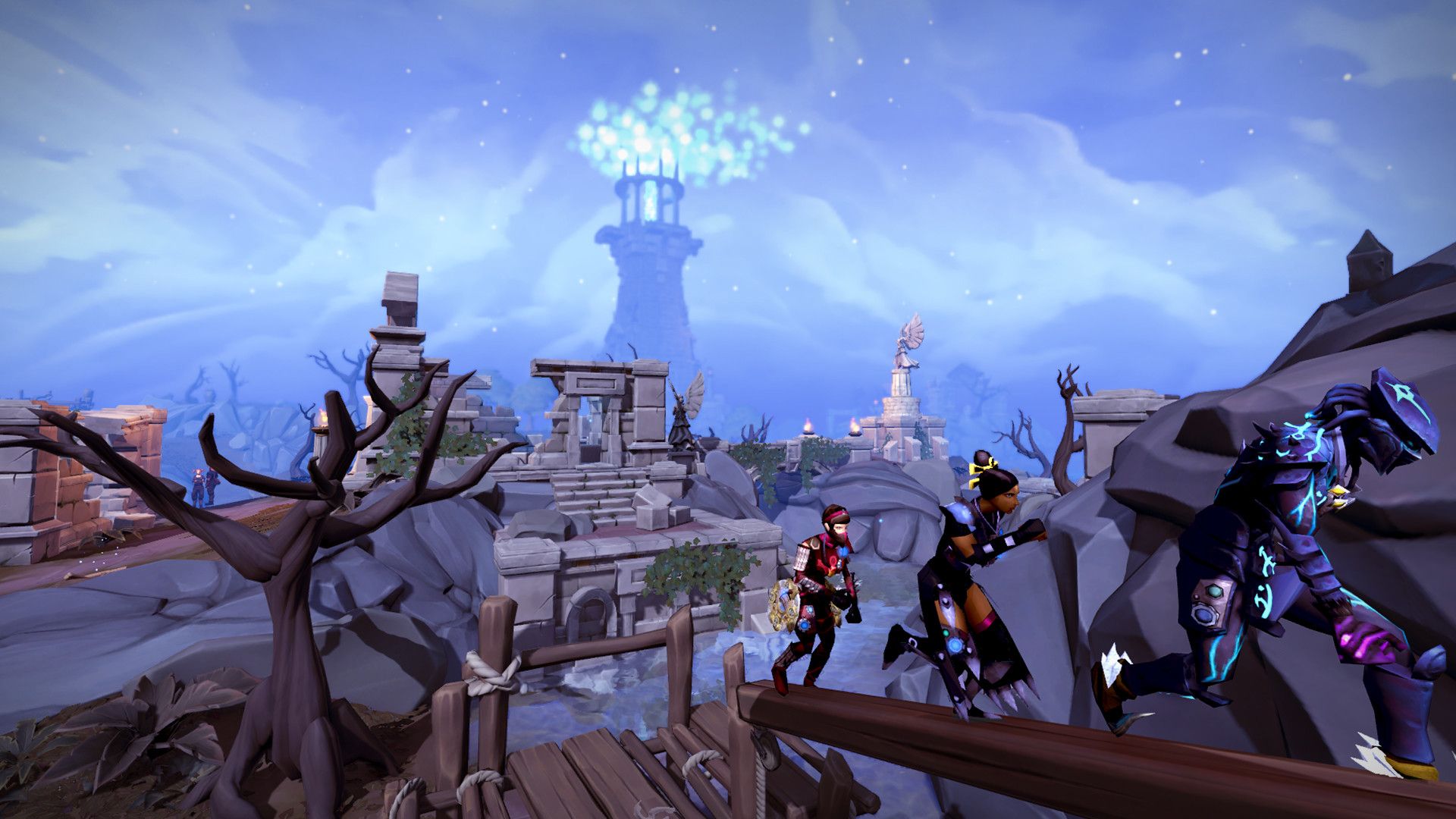 Like many out there, getting PK’ed in the Wilderness is a rite of passage in RuneScape, especially its Old School variant. Player versus player combat is one of the highlights for many who travel the world of Gielinor, with some players thriving in the chaotic, full-loot PvP mode that helped define the MMO's early years. With PvP designated worlds that allow players to have at each other almost anywhere, RuneScape’s PvP is ruthless and can be devastating for those who lose a bout. However, you needn’t simply PK to enjoy the PvP in the end, with minigames in RuneScape designed to allow players to test their mettle against each other without fear of having to go gather new gear and seek revenge. 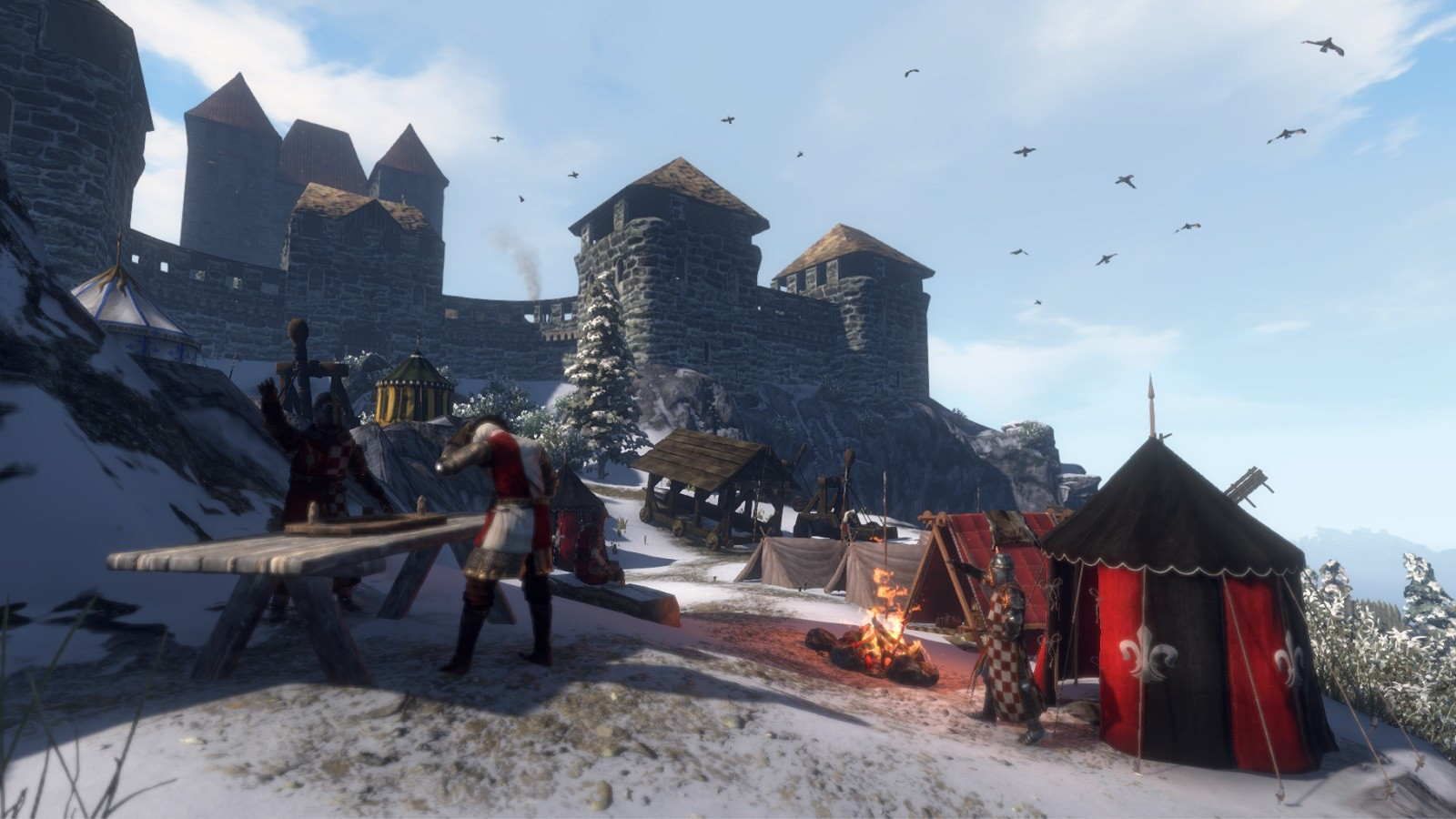 Gloria Victis’ PvP is centered on the massive three-faction conflict at the heart of the MMO. Players will fight and compete with the other factions for territory, with player versus player battles at its heart. Gloria Victis also uses a point-based system for its PvP looting, meaning that while the victor in a fight will come away with something, the losing player needn’t worry about losing all of their equipment when they die.

Additionally, fears that an open-world PvP game could turn into a gankfest are measured with a system that allows player factions to punish bad actors in the community. Gloria Victis has a system in place that rewards cooperating with other players and punishing those who don’t, hoping to keep the ganking to a minimum in-game.

The successor to 2015’s Mortal Online, Mortal Online 2 keeps up the old-school MMORPG mentality of an open-world, full loot hardcore PvP focus. No one is safe, meaning the sense of danger is literally around every corner in the world of Nave. Character levels matter less than player skill, as the combat in the first-person MMORPG is entirely skill based – if you’re better, you’re going to win, barring a lucky strike. The danger comes from the realization you could lose everything with a single, well aimed strike as you drop everything you’re carrying upon death. This hearkens back to the old days of Ultima Online and more, where risk versus reward was something every player had to balance before walking out their door.

While The Elder Scrolls Online isn’t necessarily known for its PvP, that doesn’t mean the battle for Cyrodiil doesn’t provide some of the most chaotic and organically fun moments to be had in the MMORPG. A faction-based MMO, the central province of Tamriel is torn apart by the three warring alliances, all vying for the Ruby Throne. Should you want a smaller, more intimate challenge than the standard Cyrodiil campaign, Battlegrounds can offer you a chance to take on enemies with your friends to prove your worth. 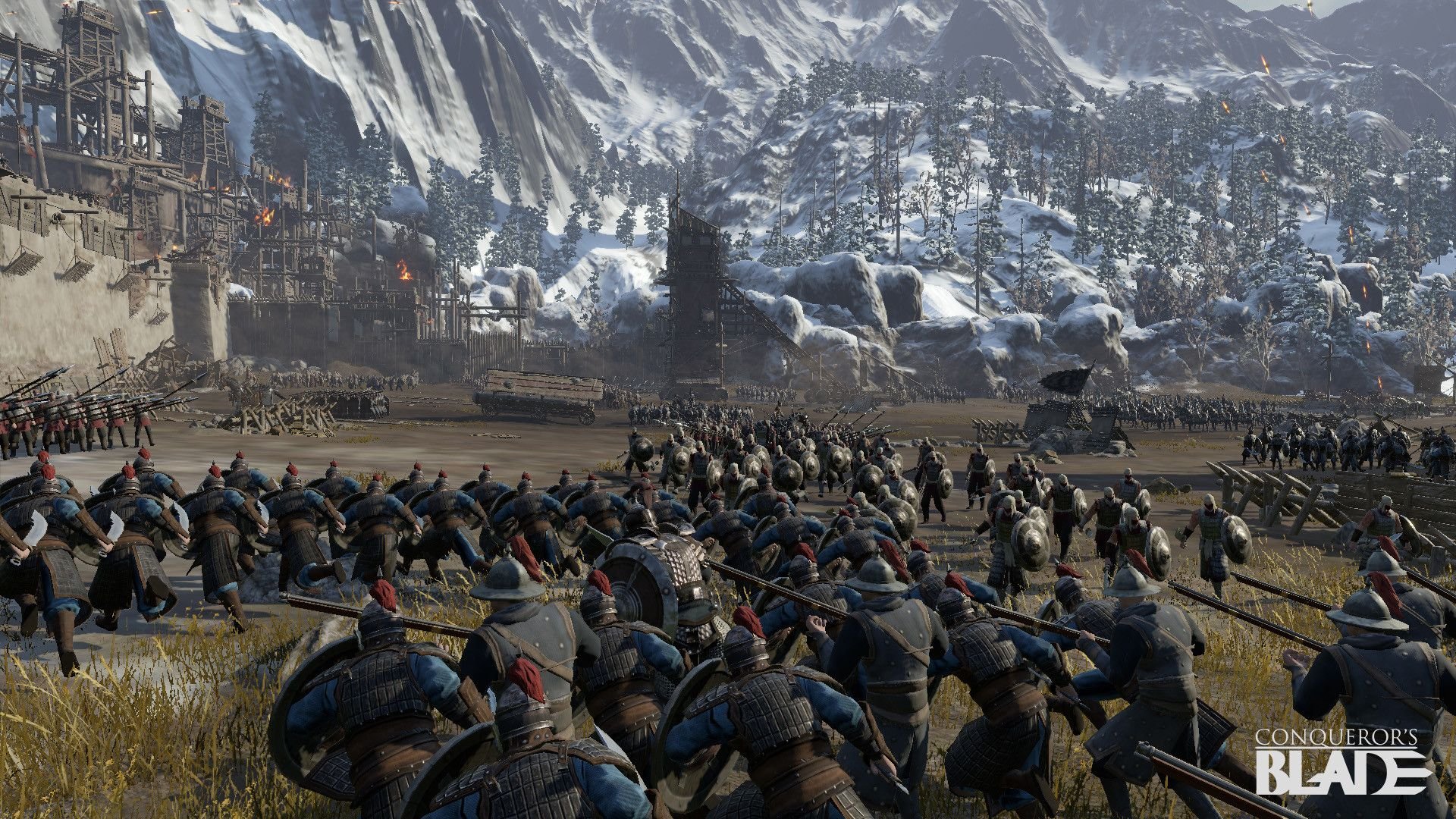 Ever wanted to lay siege to a massive city one day and then take part in an epic open-field PvP battle the next? Conqueror’s Blade has you covered then. The Medieval-themed MMO has plenty of PvP features for players to try out, from massive siege warfare, fighting over territory to engaging your enemy in the open field, players can do it all once you hit the level cap of 60. The MMO isn’t a full loot PvP game either, meaning you’ll be able to participate without fear of losing hard-earned gear in this free-to-play MMO. 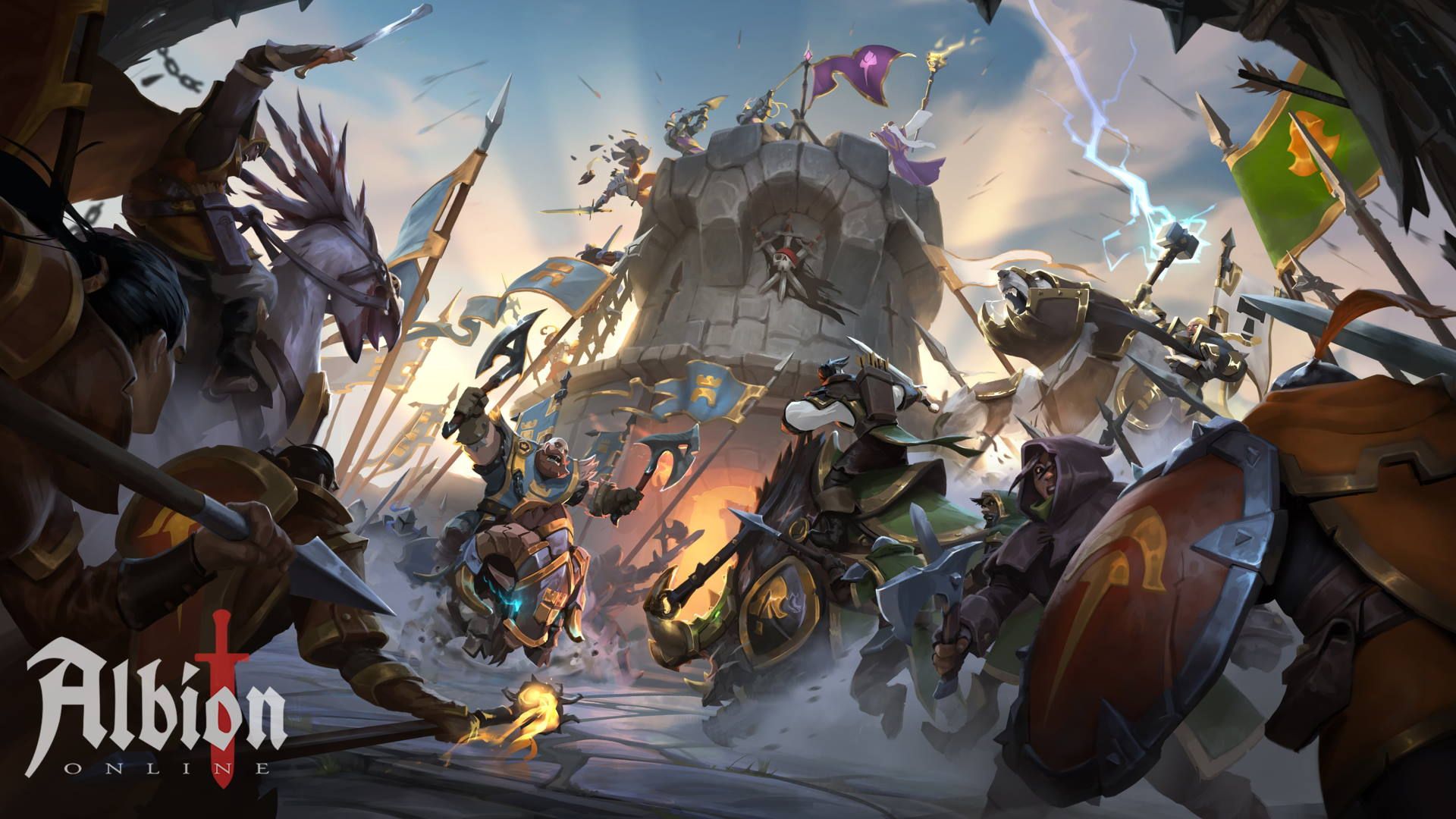 Albion Online is another PvP game with an old-school PvP mentality, as you have a chance to lose everything or gain everything – depending on what side of the fight you fall on when it’s over. While not every region in Albion Online will see players lose their gear – this is only reserved for Red or Black zones, players will still need to be on the lookout while traveling and harvesting in the Green zones as a death could mean a loss of some item durability and resources. PvP isn’t just relegated to individuals as well, as guilds can go to war against each other to conquer territory in Albion. Hellgates also offer a unique PvP experience in Albion, giving both a mix of PvE and PvP to enjoy. With two types – lethal which involves full loot and non-lethal, which doesn’t – you’re able to tailor your experience how you want to enjoy. 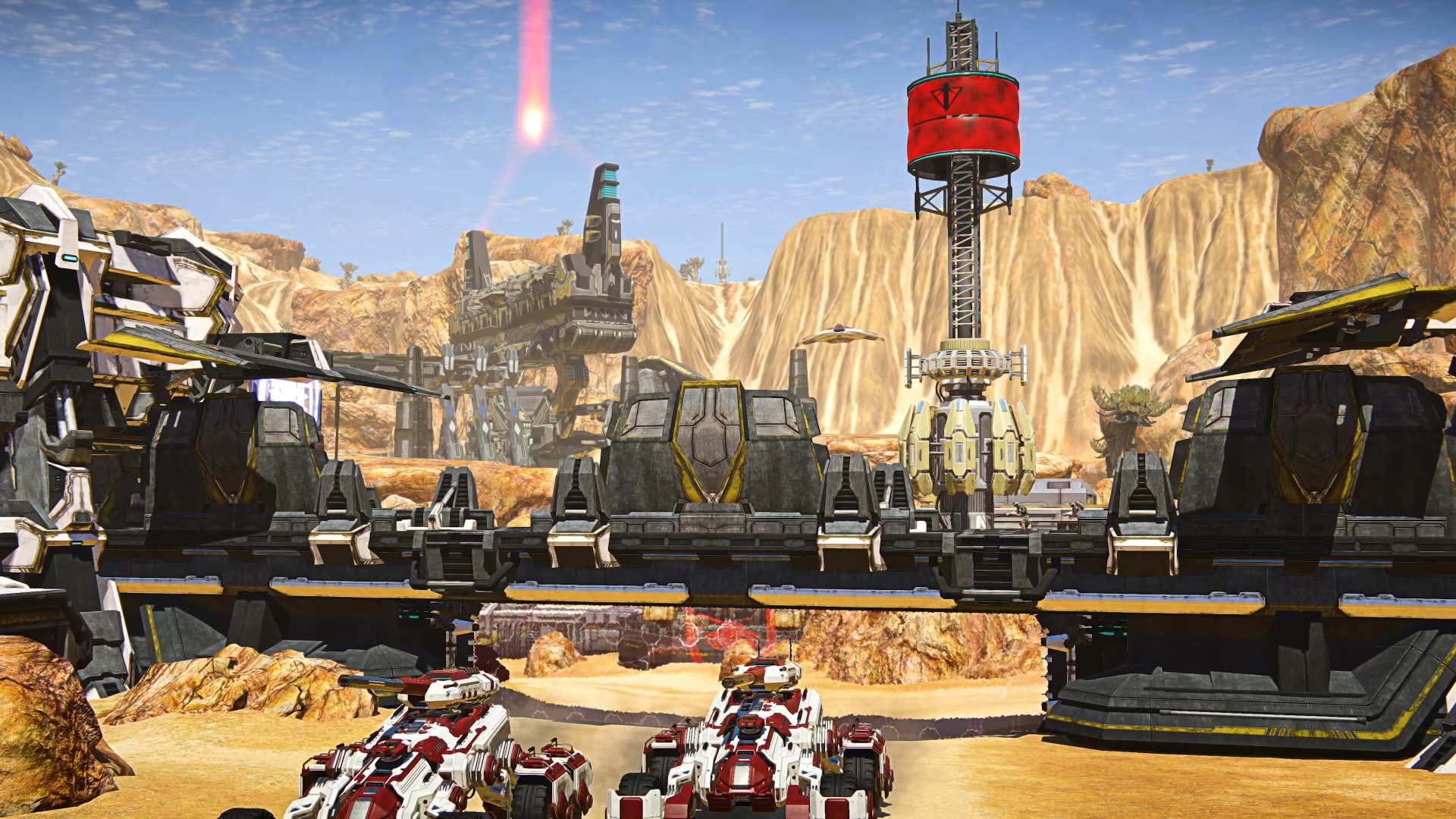 PlanetSide 2 has one of the largest faction-based PvP experiences out there, launching first back in 2012 and steadily updating the experience ever since. The MMO sees players in one of three factions attempt to control territories across Auraxis, featuring large-scale first-person battles. Whether attacking from the ground in an armored tank, assaulting a point on foot with a squad of players, or launching an aerial assault to cover an offensive, PlanetSide 2 offers some of the biggest and most hectic PvP battles in an MMO. Players can also build their own bases, call down fleet carriers to attack a position, and much more. The MMO currently holds the world record for the most players online in a single FPS battle with over 1200 players participating. 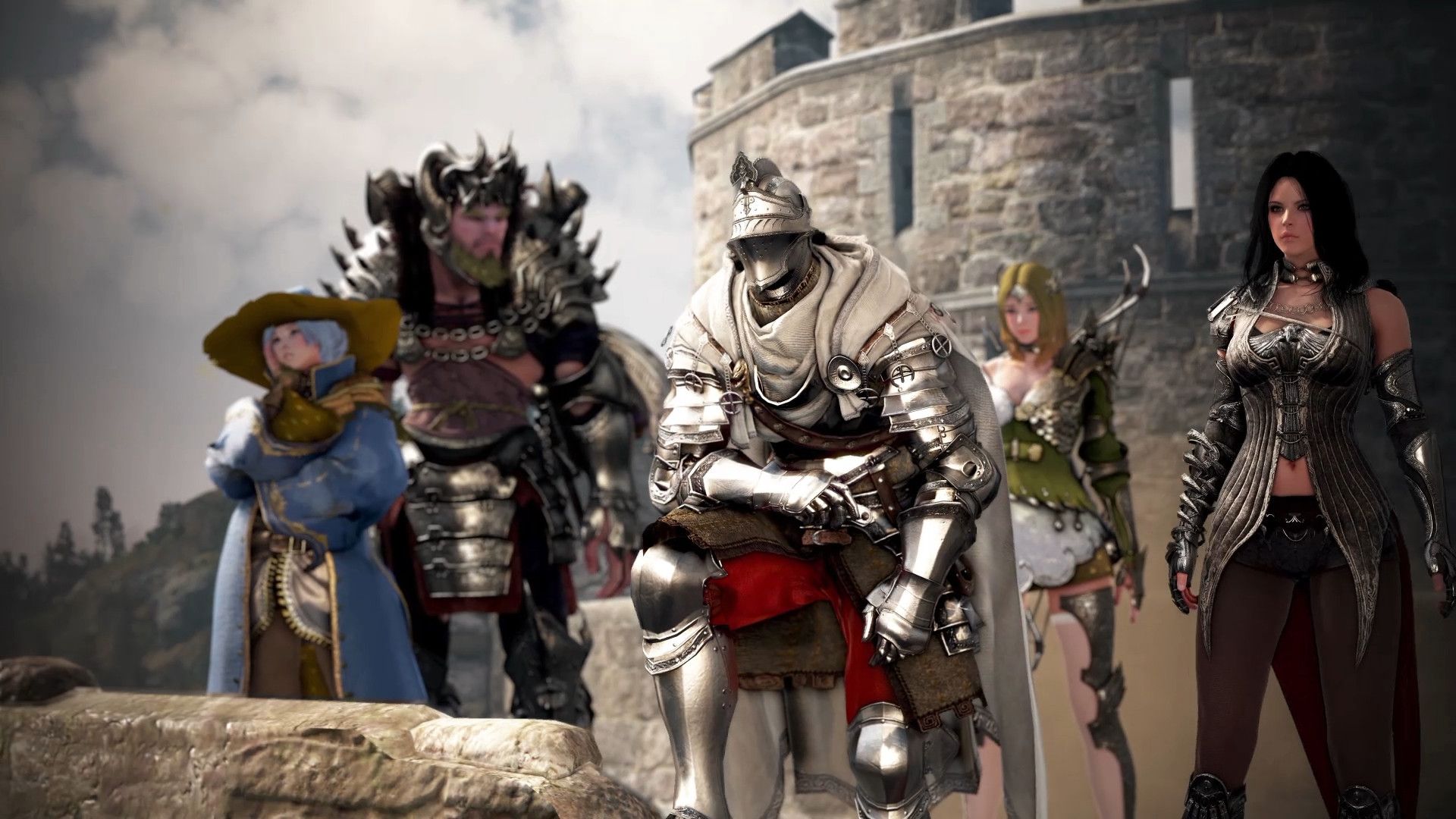 Black Desert Online’s open-world PvP is a draw for many MMORPG fans, but it’s the guild sieges and warfare that get the most attention in the Pearl Abyss MMORPG. While players who aren’t flagged for PvP can be killed by others who are once they hit a certain level, the MMO has a Karma system in place to try to discourage this practice. Guild battles, however, allow PvP players to work towards a goal with their group, going to war with other guilds for control over their castles and territory in Siege battles.

The flashy combat of Black Desert Online also comes into its own in the large Node Wars, where guilds will fight for control over various nodes in the world, allowing them to collect taxes while they are in charge.

Described as a “Throne War” PvP MMO, Crowfall’s draw is the large battles and sieges to wrest control of territory in each of the MMO’s various unique campaigns. Campaigns themselves don’t last forever, and each have a different rule-set dictating how the campaign works. Players will need to farm resources and build up their territory, constructing large castles, guild halls, and much more.

This is where the siege warfare comes in as enemy players will attack your fortresses, vying for control over resources and more that can be used in the persistent world of Eternal Kingdoms. Here is where housing, land and more is distributed among players to build permanent homes for their characters in Crowfall. Want to build up Eternal Kingdoms? Participate in a campaign – it’s all cyclical. While the MMO itself has released last year with middling fanfare, changes coming to PvP to help smaller guilds more easily participate should help to invigorate the campaigns as 2022 deepens. 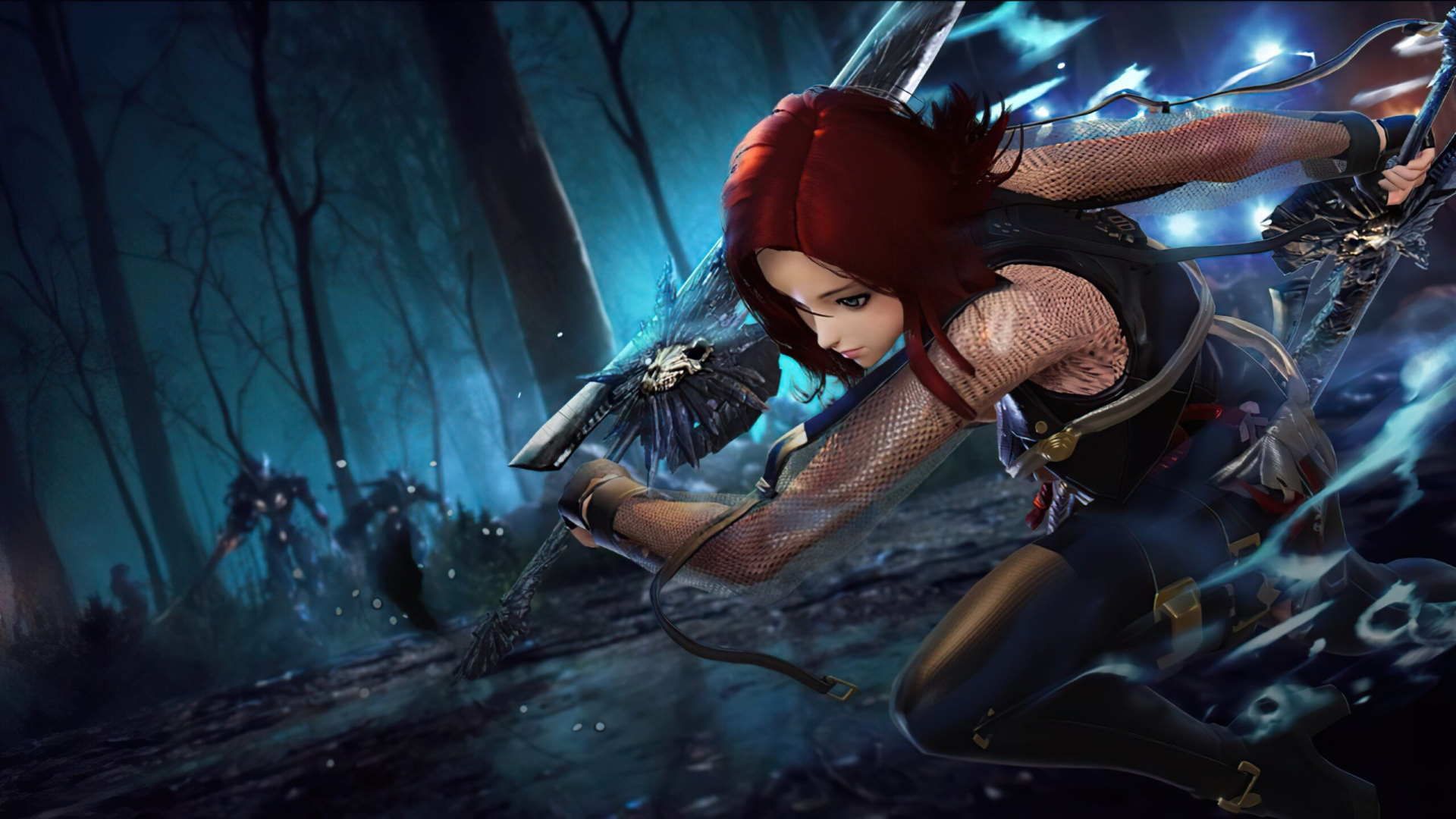 Free-to-play MMO Blade & Soul’s PvP is split into two main categories: arena and World PvP. World PvP allows players to flag themselves to participate, giving players faction costumes to wear the clearly indicate they are ready to get their hands dirty. Kills in PvP reward players with Prestige Points which can be put towards helping your overall faction – and since there are no penalties on taking out opposing faction players who are flagged, it should be noted that if you decide to participate, bring some friends to protect each other.

Arena PvP allows matchups against players where it’s team versus team, allowing players to take each other on in timed matches of skill. Stats are equalized, meaning it’s simply a matter of who the better team is and not necessarily who is better at grinding for loot.