When you're thinking about games to be released in 2023, your mind may go to the major PC and console releases that have been touted all across the internet for months, or in some cases years. However, there's a whole realm of new realms to explore in the coming year–most of them already available to try–and you need not look any further to find them than in your pocket.

The mobile gaming industry has a bit of a reputation–and sure, games like Candy Crush Saga do exist–but outside of the gacha and match-3 apps there are some pretty robust MMOs that are looking for new players. You might want to scoff at the prospect of a "mobile MMO," but give these games a try; we suspect you'll change your mind. 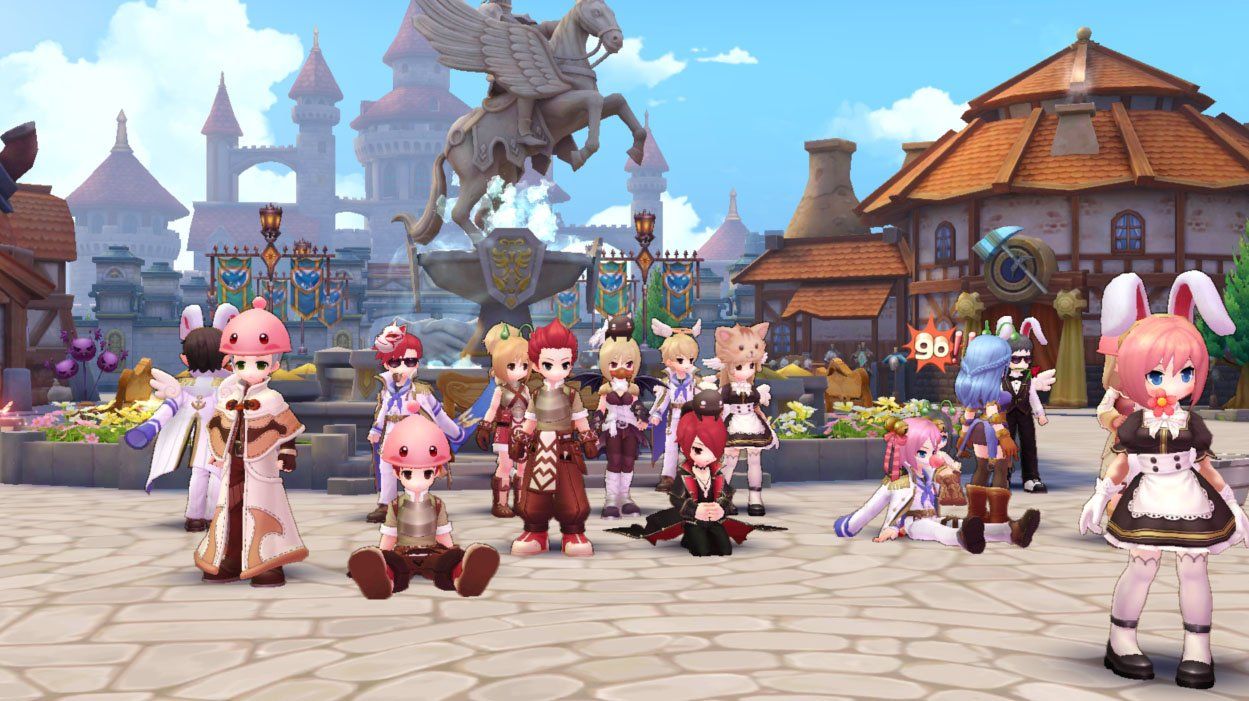 The wildly popular Ragnarok Online is making its way to mobile devices in 2022 as Ragnarok Origin, offering the same massive open world and battle system as its predecessor. You can collect, train, and battle with mercenaries of multiple archetypes while exploring that open world, populated with majestic kingdoms, dark dungeons, and everything in between. When a classic MMO moves to a new format it's worth our attention, and Ragnarok is no exception. 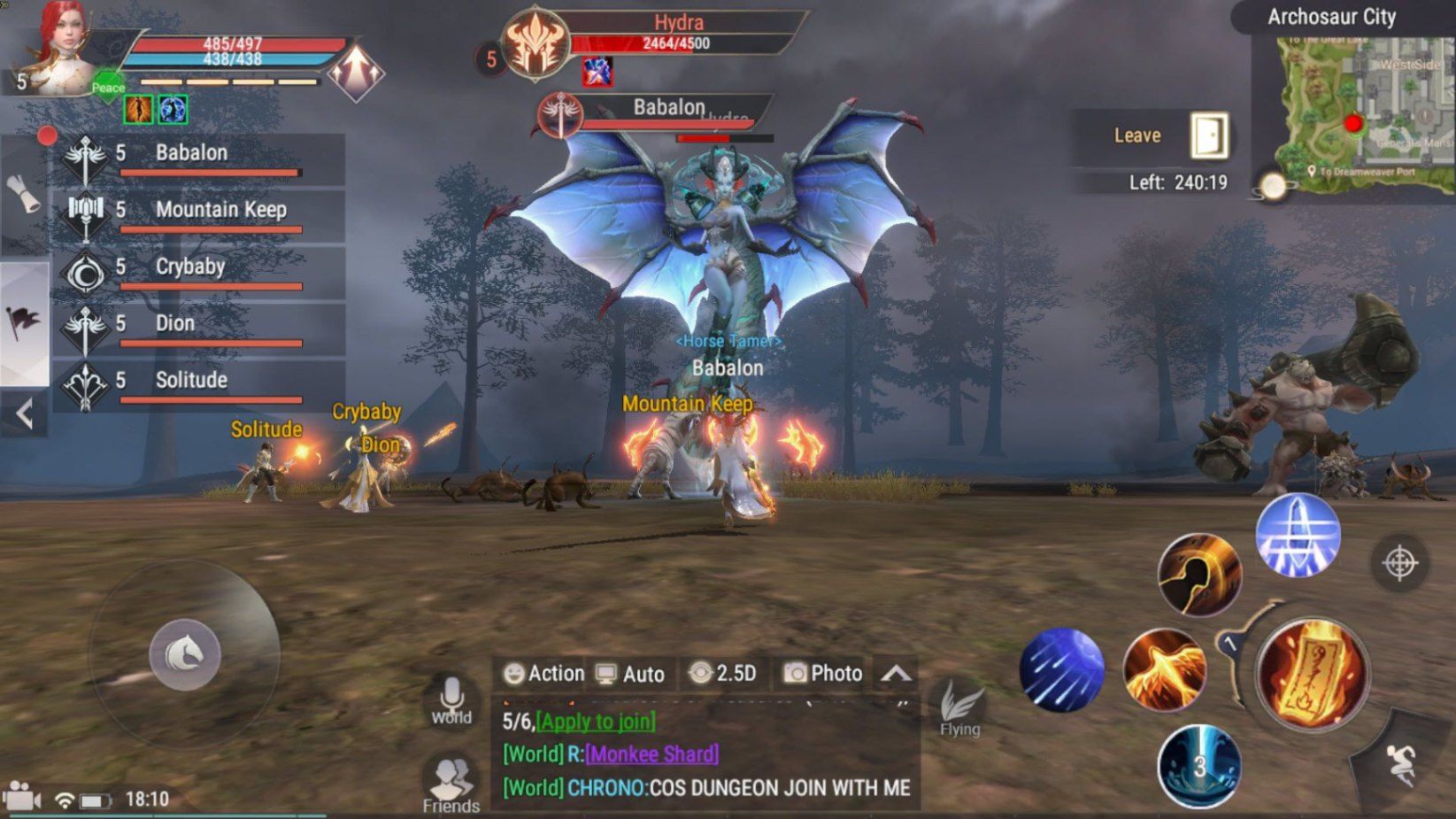 In a perfect world, all of the classic MMOs we grew up playing would come to our phones and let us relive the glory days of yesterday. Thankfully, one of the games that's heard the call and made the journey to mobile is, well, Perfect World. 14 years of classic MMO gameplay are packed into this app, along with plenty of new features, classes, quests, and abilities. We hope more games follow this game's lead and find a way to mobile devices; that truly would be a perfect world for old-school MMO fans. 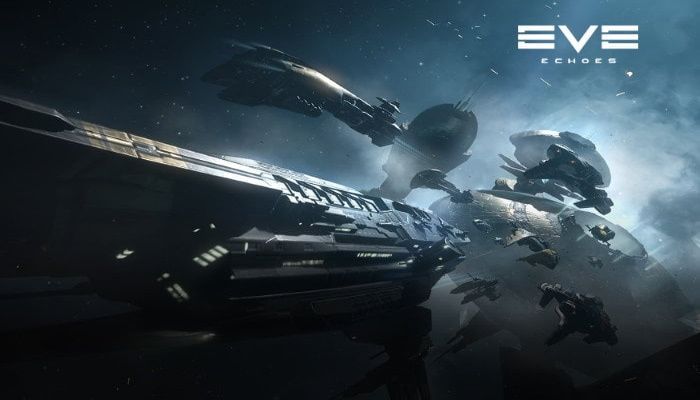 Did you know the EVE Online experience was available on your phone? A few folks forgot that EVE Echoes launched way back in 2020, and even fewer remember how cool it is to be able to play a game like EVE anywhere we want. As the official MMORPG.com review says, "for a mobile port, EVE Echoes is an incredible experience that brings together many of the aspects of its desktop brethren while molding in some of the more autonomic systems for the casual mobile gamer." If you're looking for some wild adventures in outer space, you could do much worse than EVE Echoes. 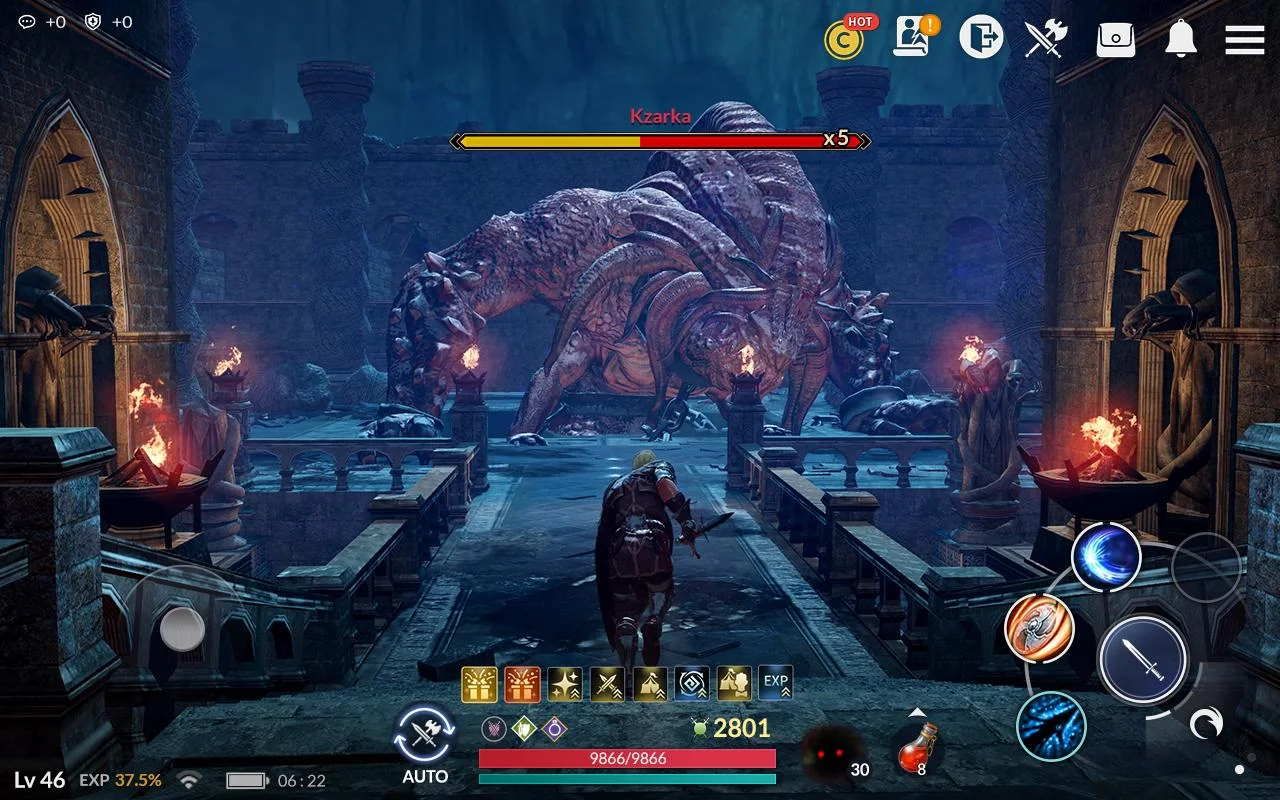 There are a lot of great mobile MMOs on this list, but if we're talking about the most "PC-perfect" game of the bunch, that would be Black Desert Mobile. Amazing visuals and a truly open world are highlights of this impressive mobile MMO, which offers 14 different classes and one of the most robust character creation tools we're ever seen, PC or otherwise. Couple those with a nearly endless supply of quests, tasks, and other activities, and we'd bet you'll be spending hundreds of hours in the world of Black Desert Mobile. 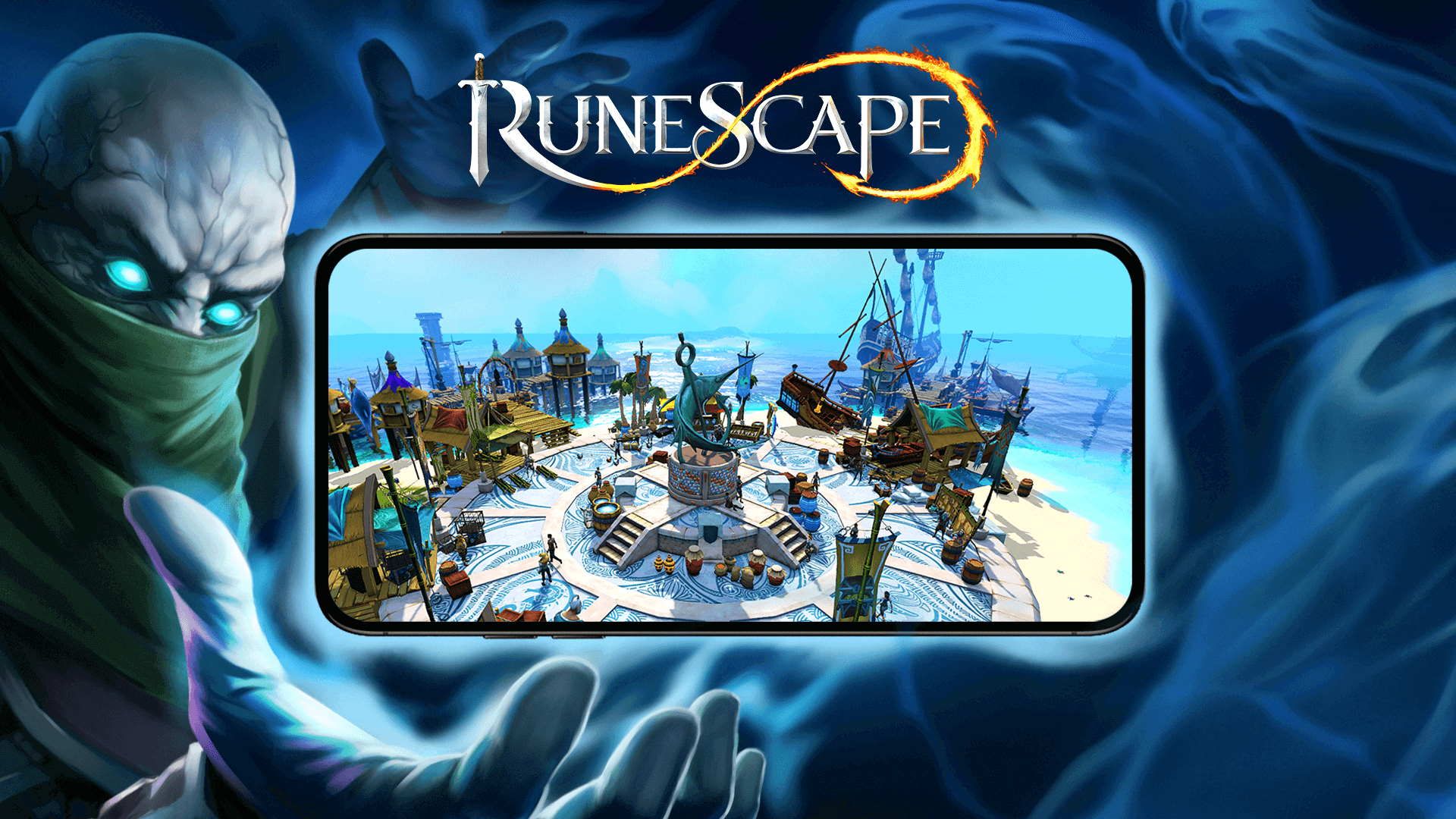 It's RuneScape–the same game you've been playing for years–on your phone. If you prefer to go even further back in time, Old-School RuneScape is also available on your phone. We're not sure how much else we need to say in order to convey how awesome this is. Oh, wait, there is one other thing: cross-play with the PC version, so longtime fans can take their longest saves and play them on the go. If you're not sold by that, you have a better resolve than we do. 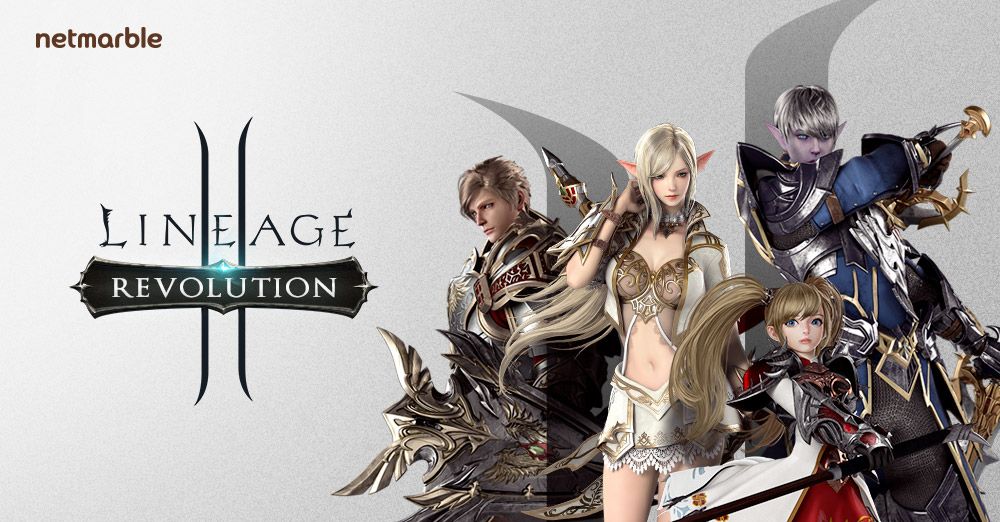 Lineage 2 Revolution is unique in that while the game is based on a previously based MMO–Lineage 2 from 2003–it's an entirely new game with a format adapted for mobile devices. The richness and depth in that world is perfectly captured here, with plenty of races and classes to choose from, mobs to battle, and quests to complete. Lineage 2 Revolution is a deep mobile MMO that may surprise a lot of you who give it a shot. 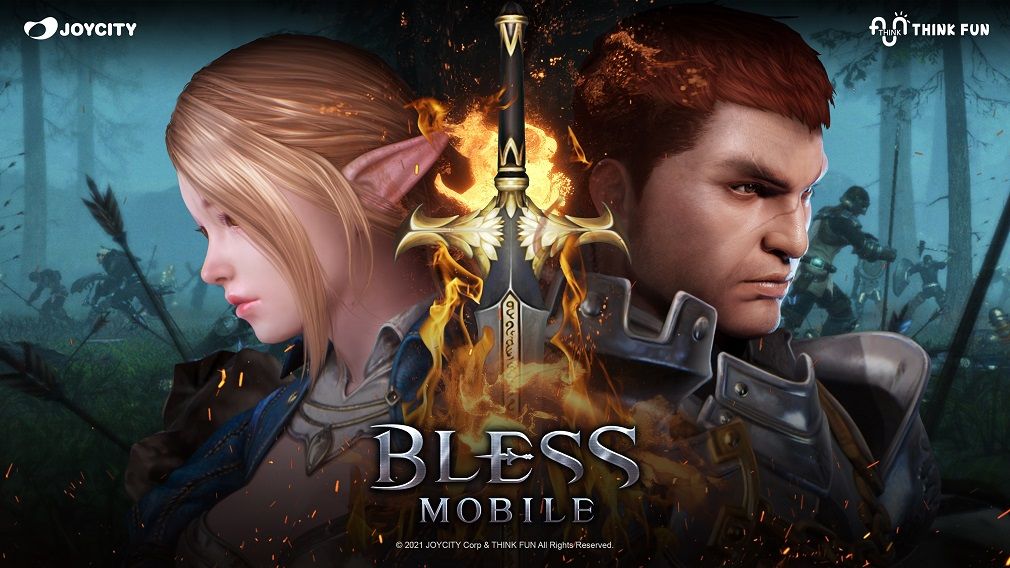 If you're the kind of player where looks are just as important as gameplay, you won't get much better looking on mobile than Bless. This is one of the prettiest MMOs we've ever played, with plenty of flash and pizzazz in every battle we fight. The quest and progression system isn't anything seasoned MMO fans haven't seen before, but don't take for granted the fact that you can play a fully featured MMO on your phone. Bless is a solid option for anyone who wants some style with their MMO substance. 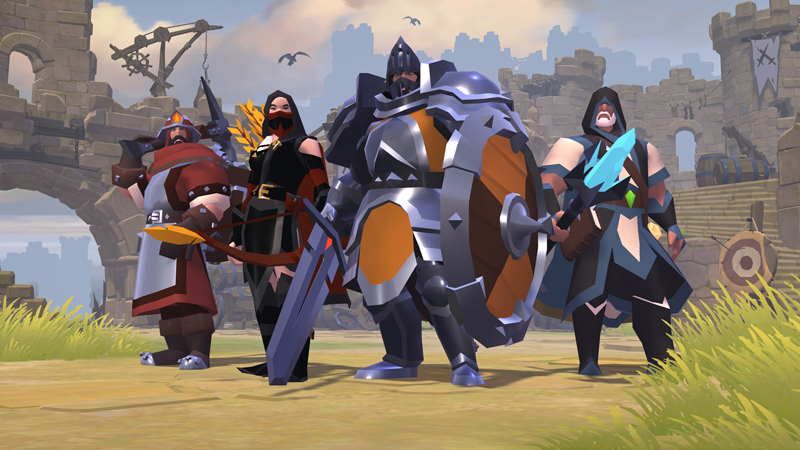 There's something to be said about a game that can maintain a loyal and eager fanbase multiple years after its initial release. While we expect that from a game like Runescape, the fact that Albion Online has built and retained a steady base of thousands of players ever since it launched on PC back in 2017. Now that the entire experience is on mobile–and completely crossplay with that player base–nothing should stop you from checking it out. If nothing else, there will be plenty of people signed in to potentially party up with. 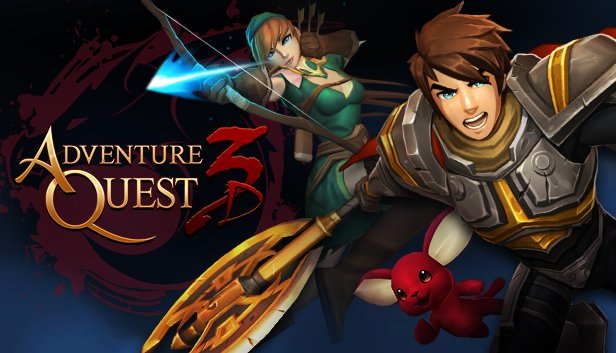 The first line on AdventureQuest 3D's Google Play page says "this MMORPG is a little bit different... you were warned." This is pretty accurate, considering the silly humor, parkour mechanics, and more. We rather like the idea of being able to switch classes on the fly, because how many times have we built a character only to think "dang, I should have gone another way." It's not for everyone, but there's a lot of fun to be had with AdventureQuest 3D, so give it a try if you're looking for something different.

Tower of Fantasy is the latest in the cross-platform open-world RPGs on mobile and PC, this one from Level Infinite and Hotta Studio. The sci-fi themed RPG with an anime art style took the internet by storm when it released in 2022, and this year in 2023 it feels poised to come into its own. With a vast open world to explore, unique characters, action combat, and cross play and progression with PC and mobile devices, Tower of Fantasy feels like it's ready to have a breakout 2023.

What can you say about Genshin Impact that really hasn't already been said. The cross-progression mobile, PC and PlayStation open-world RPG is oftentimes called an MMO thanks to its vast size and the sheer amount of players who jump into the world Hoyoverse has created for the past few years. Its updates have made it one of the best RPGs to play, and the fact that it's built with mobile in mind from the get go helps to ensure that its enrapturing anime style and solid gameplay come across beautifully in the palm of your hand.

At the end of 2022, Genshin Impact released its 3.3 update, bringing new characters and story to the game. What the future holds for 2023 remains to be seen, but Genshin is sure to keep its spot as one of the best mobile RPGs on the planet right now.