It's almost time for a new year, so we looked back on the year that was 2020 to recount the best (and worst) games we've played these last twelve months. We put the vote to our writing staff, and here is what we chose as the Best of 2020 Awards Winners. 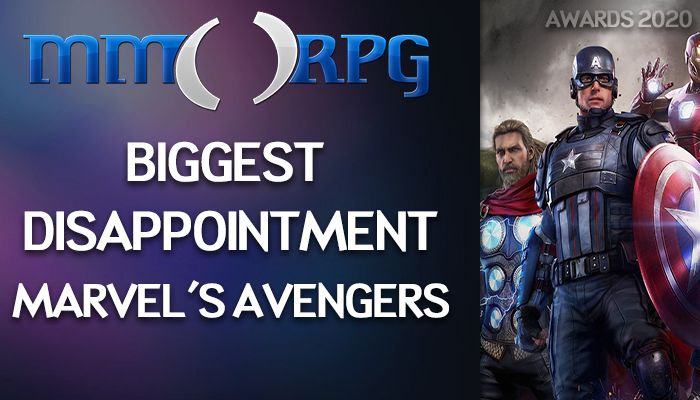 Runner Up: Chronicles of Elyria

Like the rest of the gaming world, we too were disappointed in Cyrstal Dynamic's Marvel's Avengers. The massive IP feels wasted with myriad bugs, poor communicatoin from the studio, and still no end-game to be seen. It had to take a massive release's disappointment to overtake the debacle that has been Chronicles of Elyria this year, and unfortunately Avengers has done so. Hopefully the studio can do a 180 and salvage the game, especially with the introduction of characters like Kate Bishop. But right now it feels too little, too late. 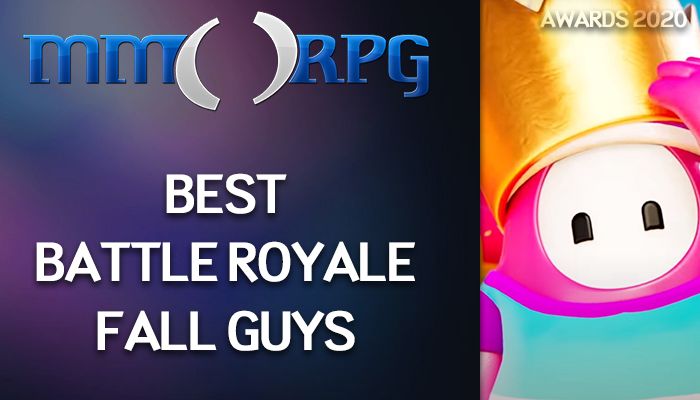 Fall Guys: Ultimate Knockout has been, erm, a knockout this year, with engaging gameplay and a simple concept: be the last one standing. Well, that's the concept of every Battle Royale, but the way in which Fall Guys does this is equally charming and exhilirating. Surviving a round where you need to play a giant game of card memorization can create just as heart pumping a moment as exiling a spellcaster in Spellbreak, another Battle Royale to hit the stage this year. However, Fall Guys took the internet by storm for months on end, providing some of the best gaming highlights this year. 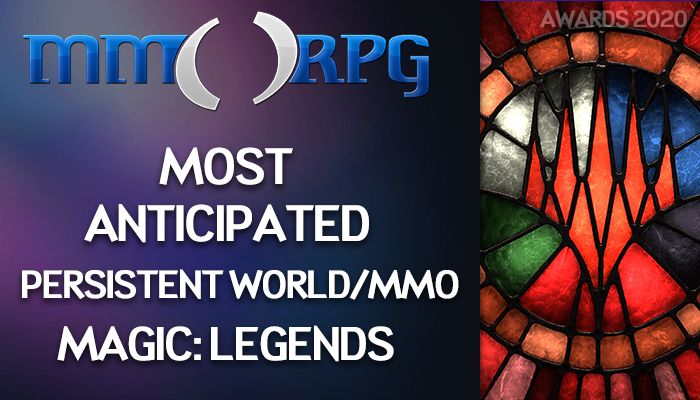 For the second year in a row, Magic: Legends takes the top spot in our Most Anticipated category, narrowly eking out Ashes of Creation, New World and Blue Protocol. The upcoming game from Cryptic has many on the MMORPG staff looking forward to the rich tapestry of Magic: the Gathering's history the team can draw from. While originally slated to come out this year,. 2020 had other plans, pushing the game into 2021. Time will tell whether stepping into the role of Magic's Planeswalkers will prove to be worth the wait. 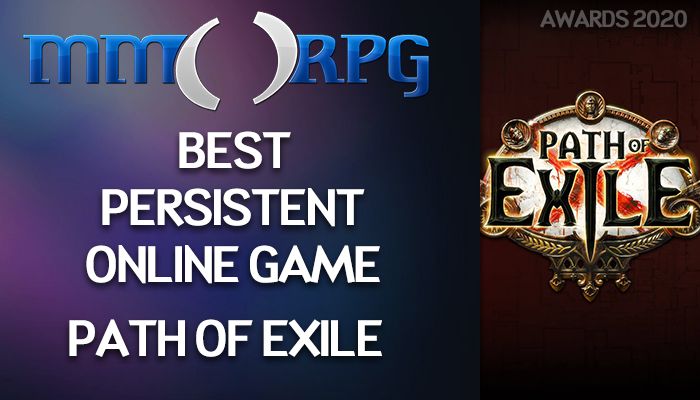 We agree with the readers: Path of Exile is the Best Persistent Online Game of 2020, though this was our closest vote this year, with the runner's ups all being separated by less than 1% of the overall vote. However,  Grinding Gear Games' Diablo-inspired ARPG take sthe top spot yet again for the third year in a row, thanks to its incredibly satisfying gameplay loop and League updates that improve the experience every time the team updates it. Will it continue into 2021? We shalle see, but PoE doesn't show any signs of slowing down anytime soon. 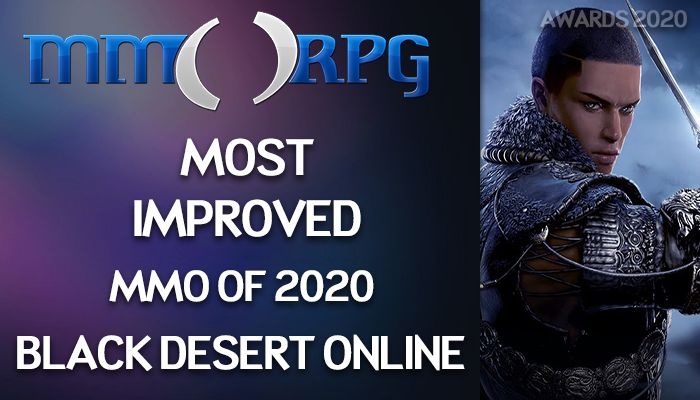 Pearl Abyss' hugely popular MMORPG, Black Desert Online: Remastered continues to chug along with update after update, adding more and more classes and content as the year goes by. 2020 didn't slow the Korean developer down at all, as we saw classes like the Hashashin added, cross-play implemented on console bringing the PlayStation 4 and Xbox One user bases together, and so much more. What 2021 holds for Black Desert, especially with the upcoming Crimson Desert looming in Winter 2021 remains to be seen. However, with over 30% of the total vote (with both Guild Wars 2 and SWTOR taking 24% each as well), BDO is poised to keep players happy for the foreseeable future. 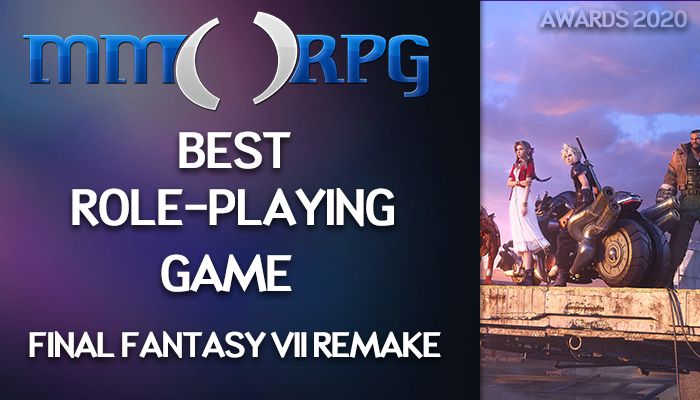 Call it nostalgia, but Final Fantasy VII REMAKE definitely left an impression on the staff this year. With the first installment in the episodic retelling of what is arguably the most popular entry in the mainline series, FFVIIR reimagined the JRPG that, for many in our generation, lit the spark that ignited our love for the genre. It was a pretty good year for RPGs, however, with Persona 5 Royal adding 30 hours or so onto the already award-winning story, Genshin Impact delighting many, and write-in Wasteland 3 (earning 15% of the vote) reminding us not to sleep on traditional PC RPGs. 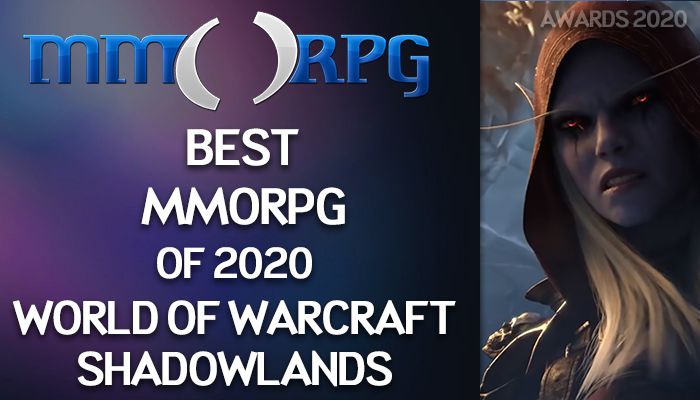 World of Warcraft: Shadowlands does many things right. It's not perfect by any means, but like most things World of Warcraft, what it does it typically does well. The level squish, WoW's new Covenant system and fun end-game content really make Shadowlands stand out among the other MMO expansion releases this year. As our review states, "Blizzard has struck an outstanding balance between giving us plenty to do and respecting the fact not everyone can play 24/7. " World of Warcraft: Shadowlands sets the stage for what promises to be a good romp through the afterlife for the foreseeable future.