The end of 2021 is approaching, and while it’s not been nearly as difficult as 2020 was, it was still rife with its own slew of issues. Thankfully there have been games to keep many of us sane over the past twelve months. The MMORPG staff put the vote to our favorite games, most anticipated, as well as biggest disappointments this year. Here are the results of our Best of 2021 Awards. 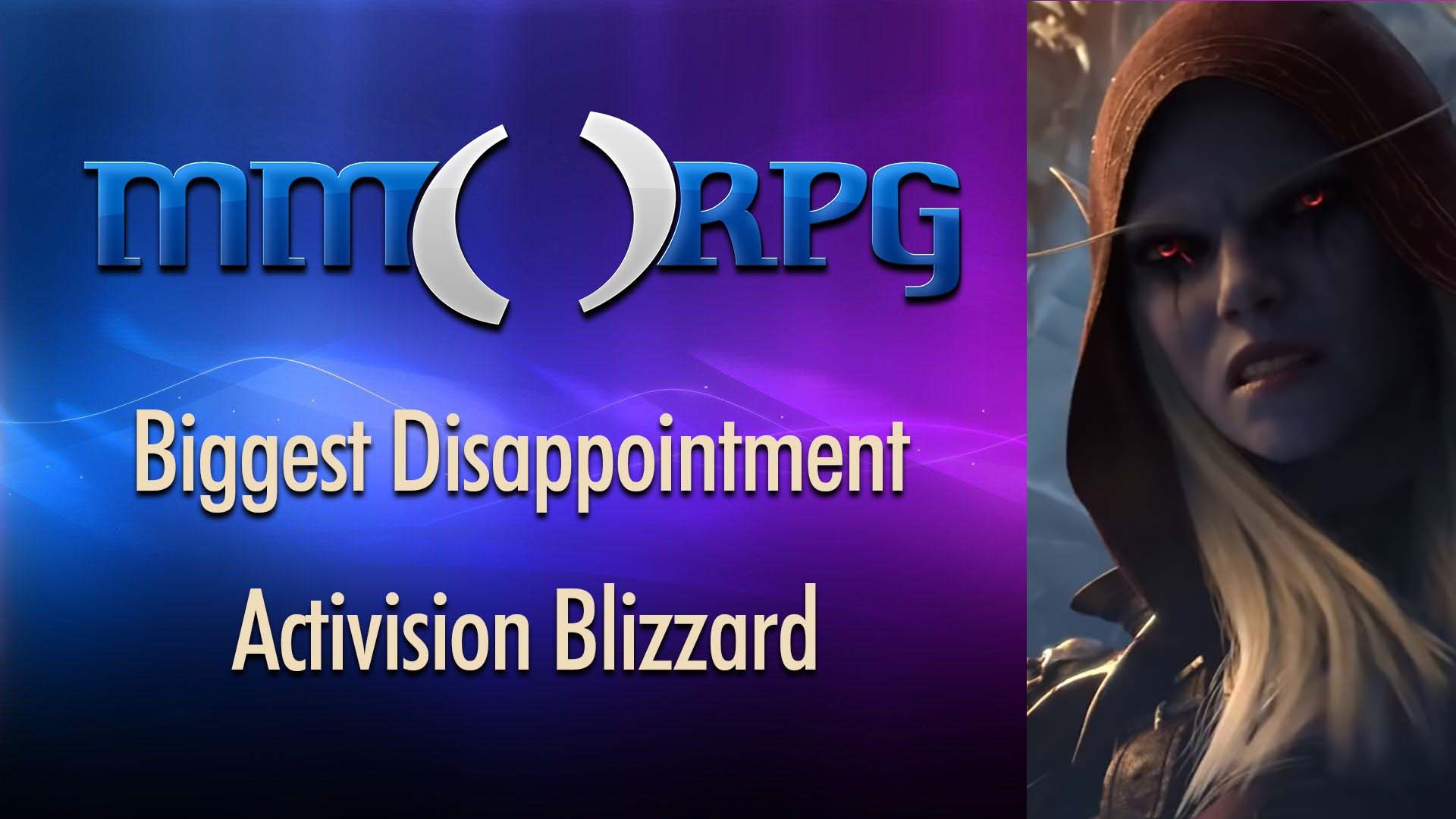 Runner Up: New World (all of the issues post launch)

We expanded this category this year to not just include games that might have been disappointing, but storylines and issues surrounding the games industry as well. There has been nothing more disappointing than the alleged goings on at Activision Blizzard. Since July when the news first broke that the California Department of Fair Employment and Housing had filed a lawsuit against the game publisher for reports of a frat-boy culture which saw sexual harassment and discrimination flourish at the games publisher, nearly every week or so there’s been some new disappointing development. From the reaction by the publisher, the bombshell reporting by the Wall Street Journal about CEO Bobby Kotick, to the most recent news of layoffs at Raven Software, Activision Blizzard has been disappointing all year. We can only hope changes are made there for the better that mean a complete turn around in workplace culture for the people who make some of our favorite games, though that remains to be seen how Activision Blizzard will go from here completely. 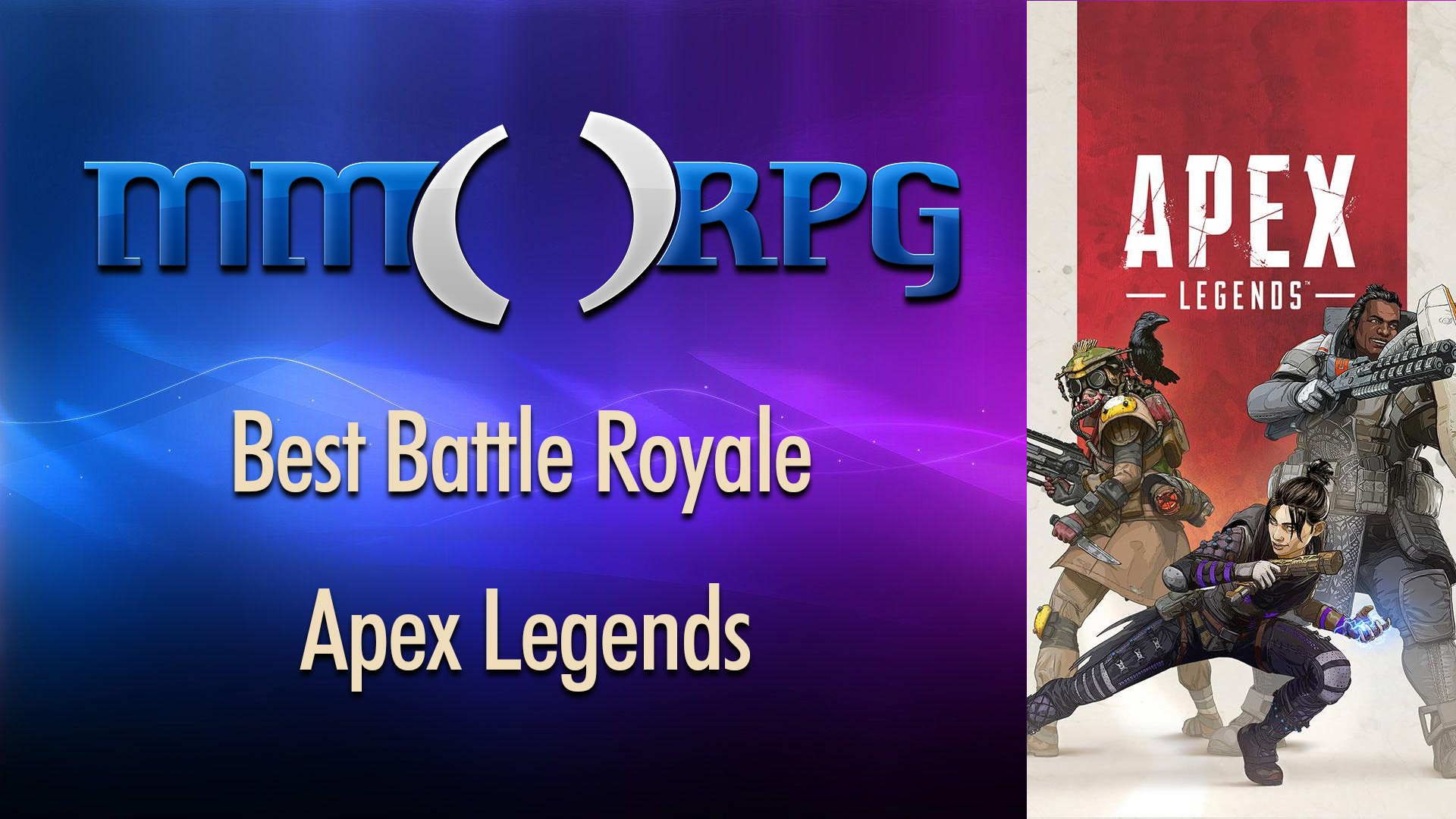 Apex Legends has had a year for sure. From introducing a new map in Storm Point, the Marksman Class, arenas and more, the EA-published battle royale has steadily gotten better in 2021. Apex Legends has long been pretty unique in the BR space, especially with the echoes to Respawns other shooter Titanfall built into its DNA. Apex Legends is fast-paced, precise, and with a unique spin on traversal, revive mechanics and interesting map design that keep players thinking on their feet. With rivals Fortnite, PlayerUnknown’s Battlegrounds and Call of Duty: Warzone still chugging along, Apex still feels primed to hold its own in 2022. 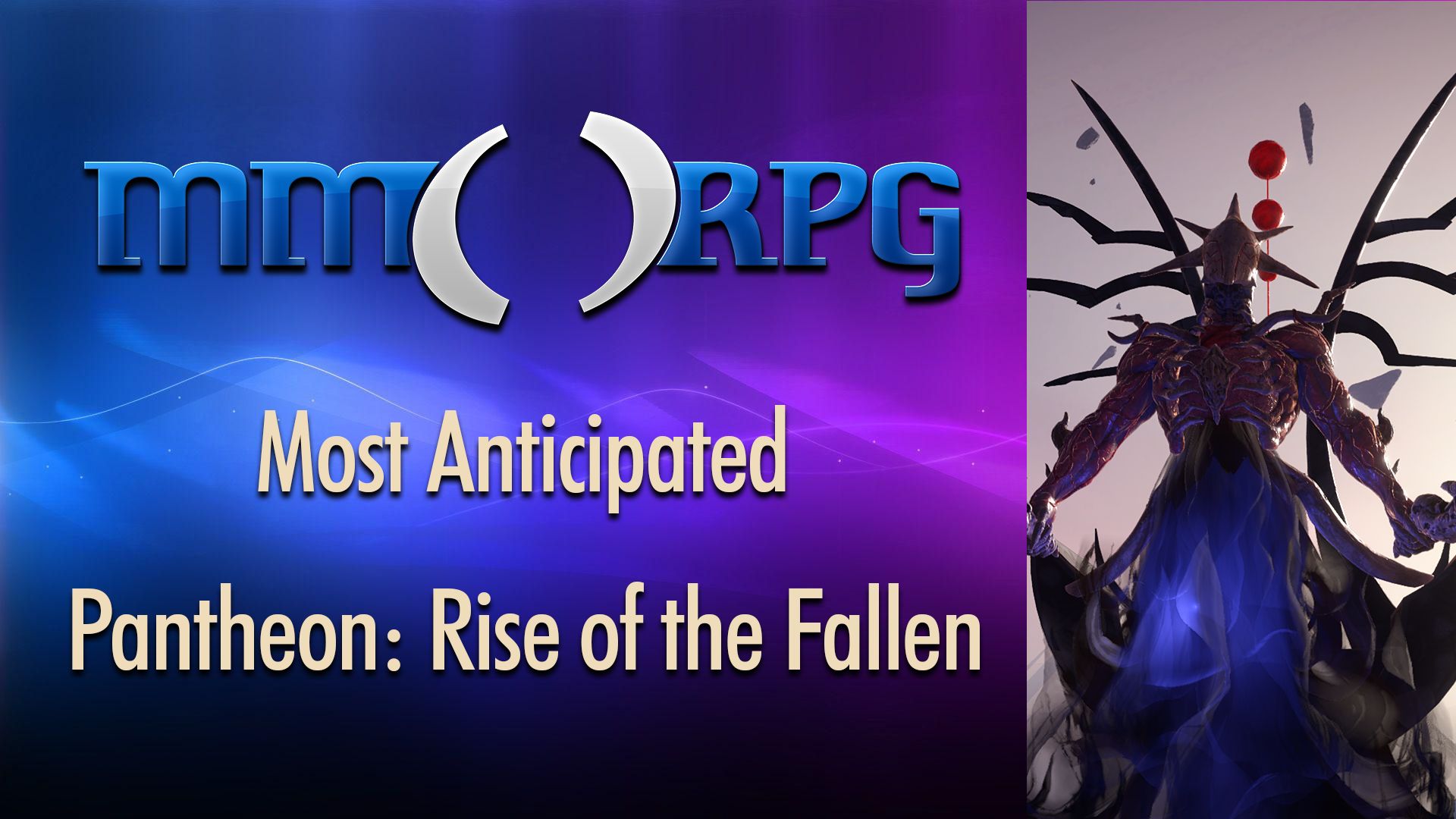 Most Anticipated Game of 2021: Pantheon: Rise of the Fallen

Runner’s Up: Ashes of Creation, Palia

Pantheon: Rise of the Fallen has been in development for almost ten years now, having been announced as a Kickstarter back in 2014, and since then Visionary Realms has been hard at work on the upcoming MMORPG. While we haven’t heard anything definitive on a release date, the studio behind the MMO is still hard at work delivering developer updates through streams and more. Most recently we’ve heard from the team about how its transitioning to a more seamless open world, as well as combat rebalancing to make it less rotation-based and more on strategy. While we look ahead to 2022, we can only hope we start to see alpha builds and a more definitive idea on when the MMO might launch here soon. 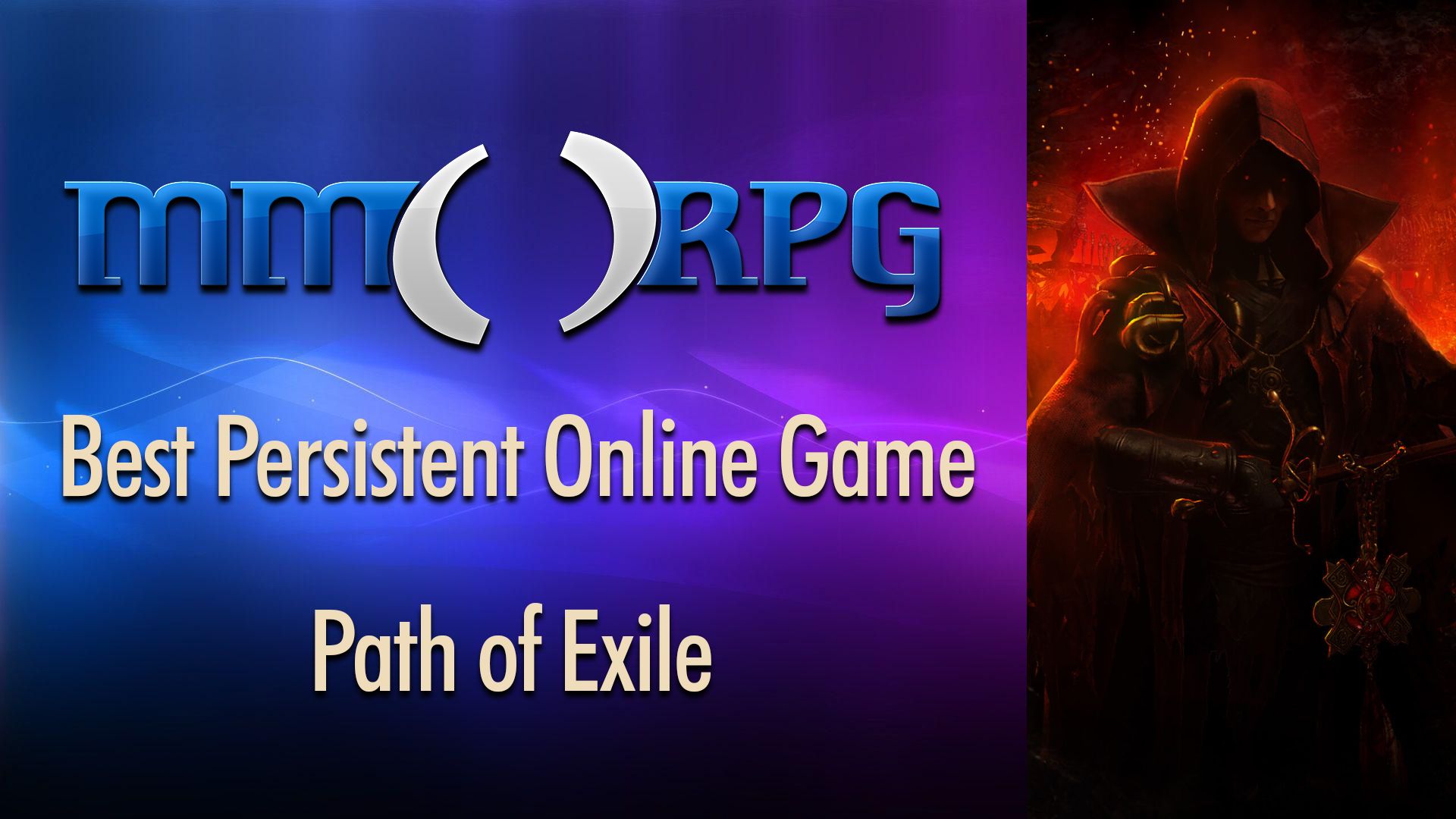 Path of Exile continues to dominate this category, with the Diablo-inspired MMOARPG from New Zealand-based Grinding Gear Games winning for the fourth year in a row. Edging out the incredible MMO Warframe and Bungie’s MMOFPS Destiny 2, Path of Exile continues to provide updates that keep fans coming back for more. This year’s Scourge expansion gave players a hellish challenge this past October, and while many are looking ahead to Path of Exile 2, GGG is still pumping out the updates and events, most recently closing out 2021 with a bang. What 2022 holds remains to be seen, but Path of Exile looks poised to have another strong year – and who knows, maybe we’ll finally see the sequel materialize fully next year? 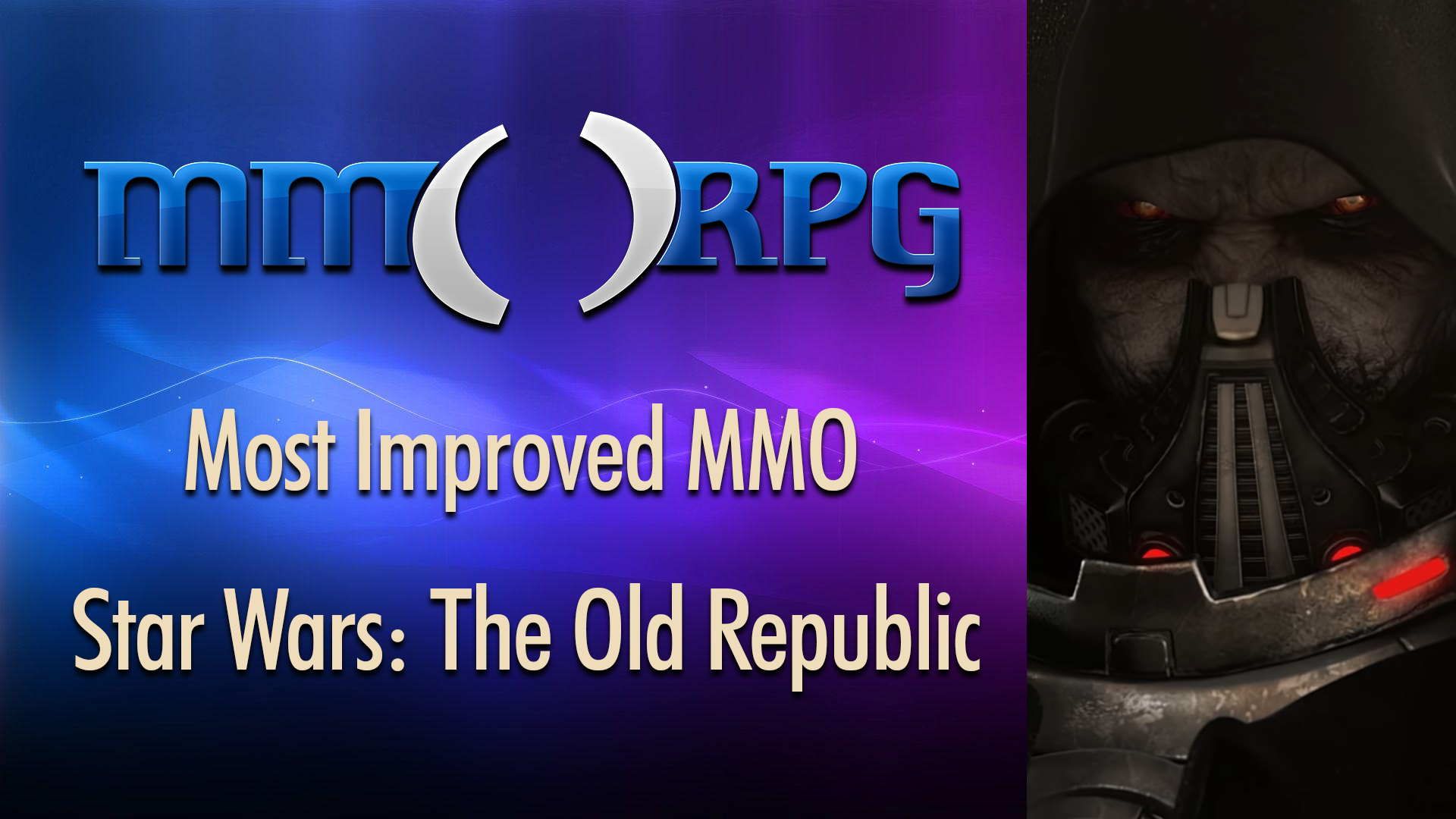 Most Improved MMORPG of 2021: Star Wars: The Old Republic

One game that has been talked about a ton this year in our staff Discord chats has been Star Wars: The Old Republic, so it’s no surprise to see it take the top spot. While the upcoming Legacy of the Sith expansion was delayed into 2022, the 10th anniversary of the MMORPG has brought with it a lot of excitement, not just for the years past but for what’s to come. With combat styles coming in Legacy, as well as new flashpoints and encounters, as well as a continuation of the story that has captured the minds of its fans throughout the year, SWTOR feels poised to have a great 2022. 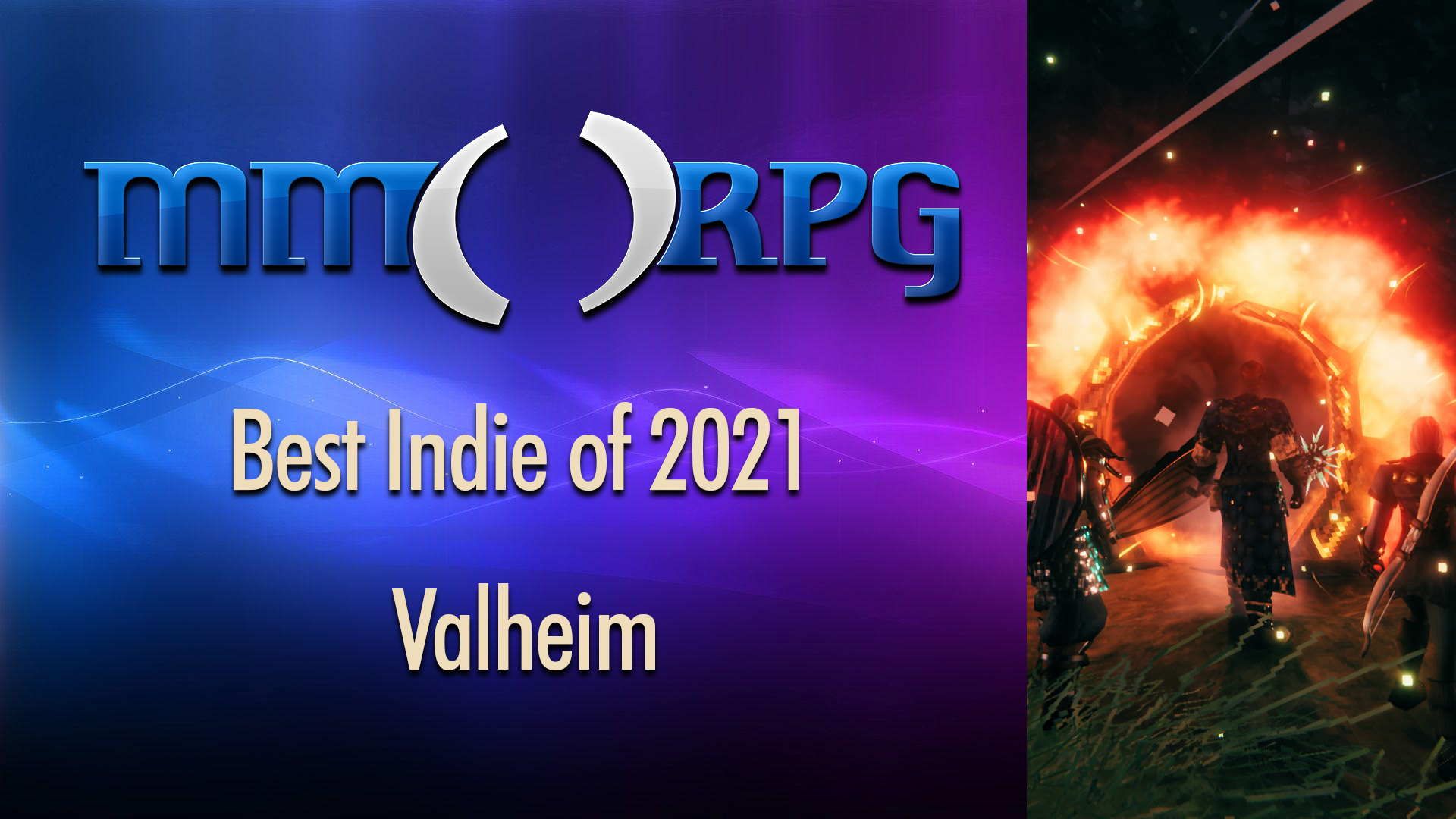 Runner’s Up: Kena, Bridge of Spirits

In what was our most overwhelming vote, Valheim has taken the spot in our first annual “Best Indie” award. While still early access, Valheim established itself early on this year as one of the best experiences of the year. It’s chill approach to survival mechanics made it accessible to all players, and its iconic art style blended with an outstanding soundscape helped tell the story of the Viking afterlife. If only those dang Deathsquitoes weren’t around. While they have been slow to release updates throughout the year, there is no denying the impact Valheim has had on gaming this year, and the survival MMO genre for that matter. Valheim is going be here for a while, and it will spawn many imitators in the coming years, making it a game to keep watching into 2022. 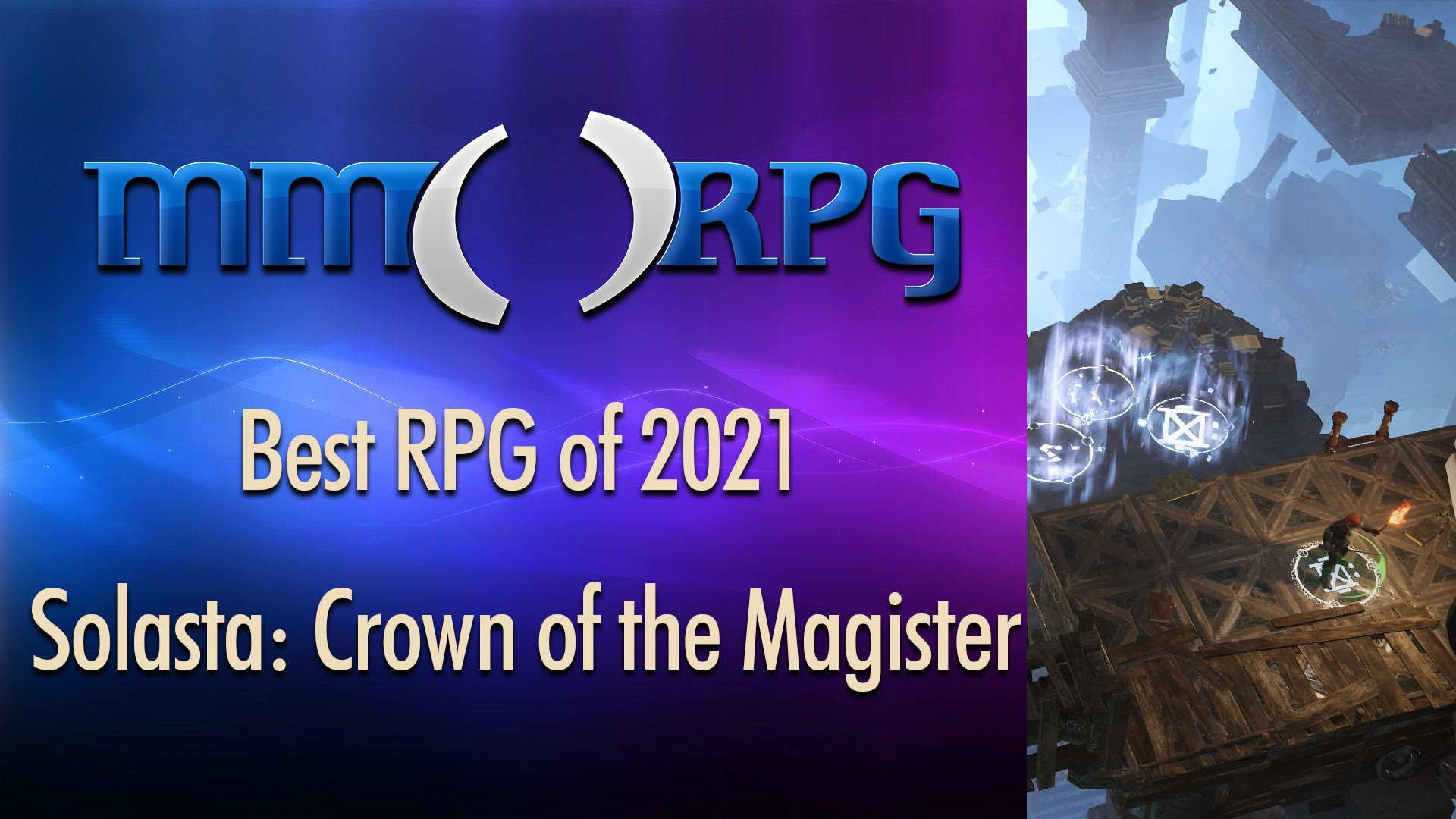 Best RPG of 2021: Solasta: Crown of the Magister

Solasta: Crown of the Magister hearkens back to the epic pen-and-paper style RPGs many old-school PC RPGs were based on. The RPG from Tactical Adventures is one of the highest reviewed titles at MMORPG.com this year, with our reviewer praising its solid 5E D&D ruleset implementation, story, and most of all the freedom offered to accomplish your objective. It’s an RPG that is rooted in classic PC gaming, and one that everyone who enjoys a good dungeon romp should play. While the runner’s up aren’t slouches in their own right, Solasta: Crown of the Magister is the best RPG we’ve played all year, and deserving of the top spot for this award. 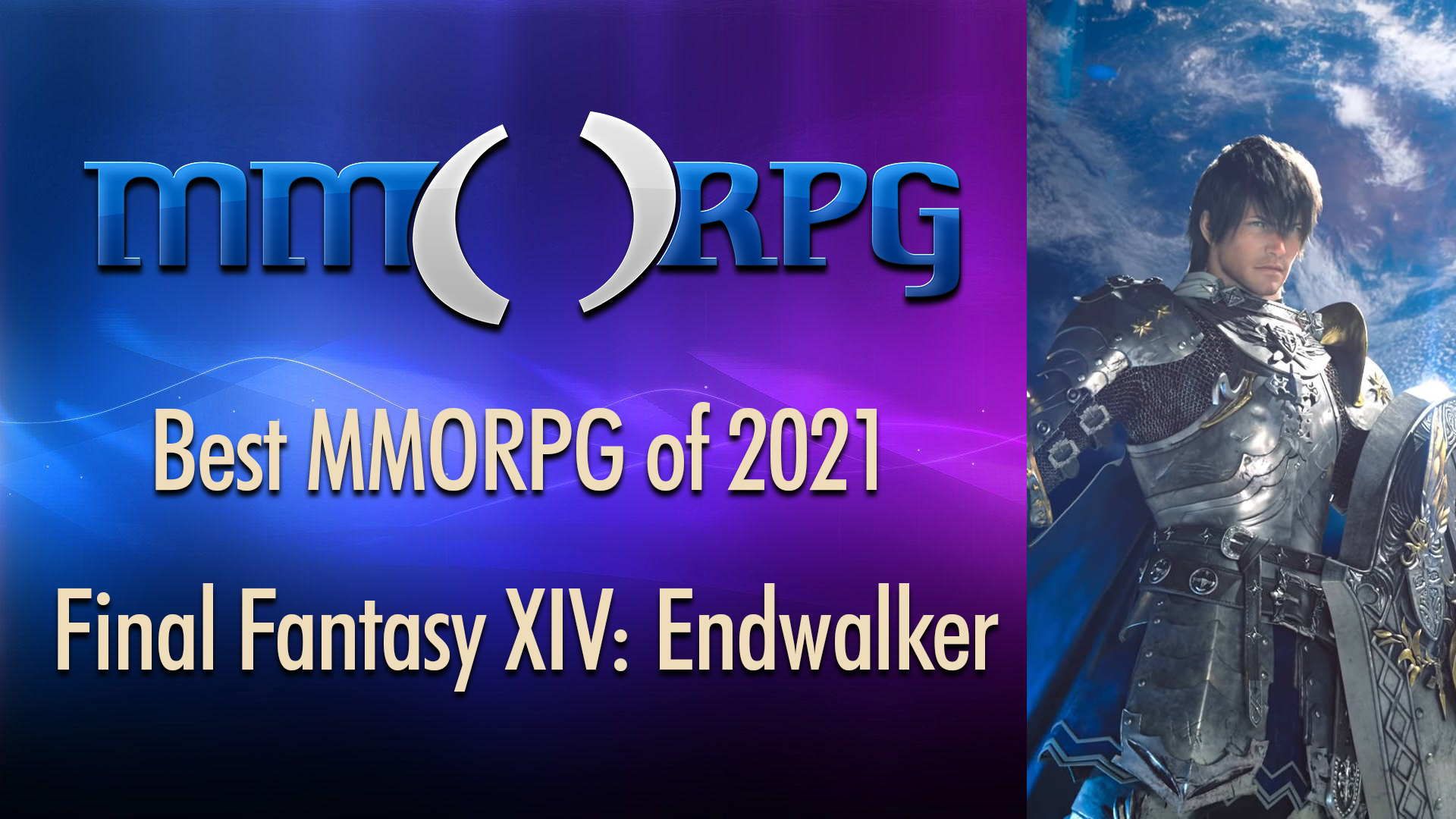 In a year that saw more MMO releases than most in recent memory, if one MMORPG could define 2021 it would have to be Square Enix’s Final Fantasy XIV. It’s a year that has seen the MMORPG become so successful, the developers have had to pull itself from sale – twice – in order to try to combat server congestion. From one of the best stories in MMORPGs to date, to endearing characters, a world that is fun to explore, and so much more, Final Fantasy XIV is, without a doubt, the best MMORPG on the market right now. And it doesn’t seem to be slowing down if Endwalker is any indication.